So I think I might have a thing for string art – I just can’t get enough!! And apparently neither can you 😉 I have several string art projects, but when someone suggested making Fall string art for my craft club, I was totally on board – I of course needed some fall versions! 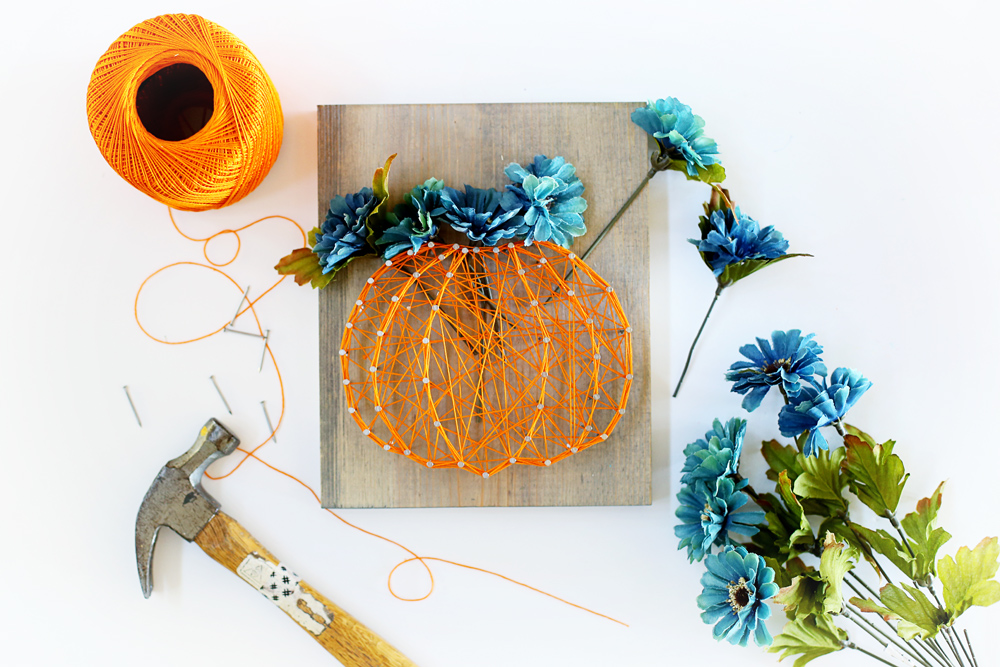 Remember the Mason Jar String Art, that I filled with flowers?  I wanted to take that same idea and create a fall version, and so I went with floral in a pumpkin and I just love it!!  I also made a “BOO” sign.  Those were my two, but I just LOVED seeing everyone’s choice on the project when they came to craft club.  Everyone brought their own templates and it was fun to see all the various ideas! 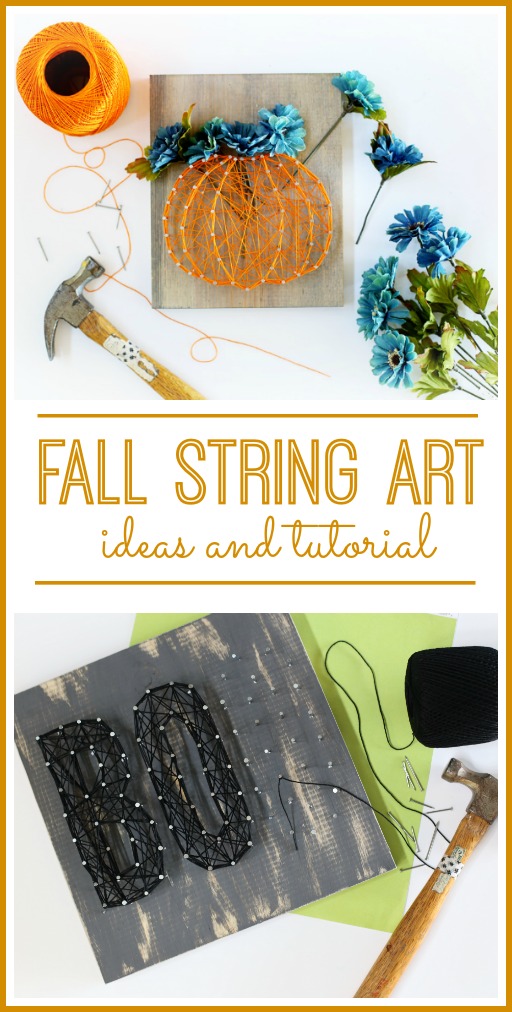 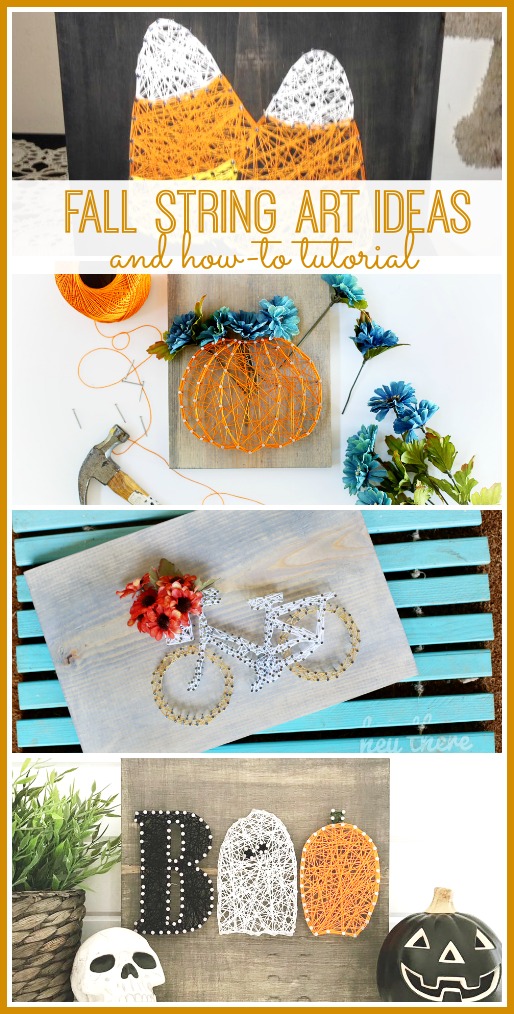 I love craft club – – everyone should start one!  Basically it’s just having friends over to make stuff.  And it’s awesome. 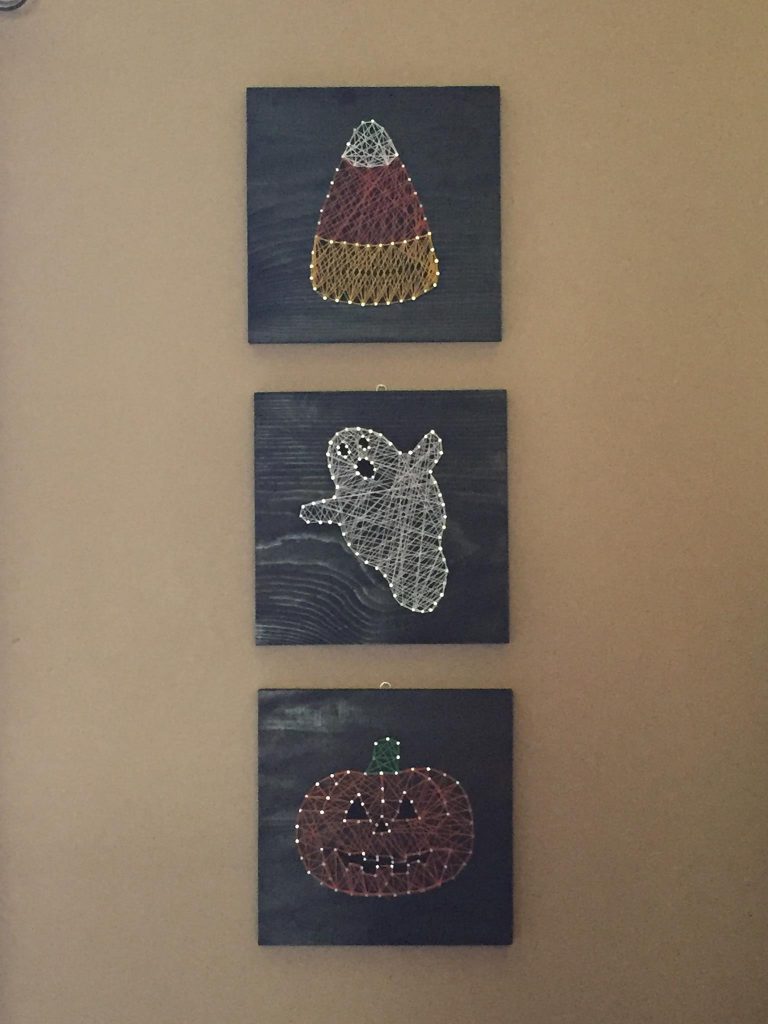 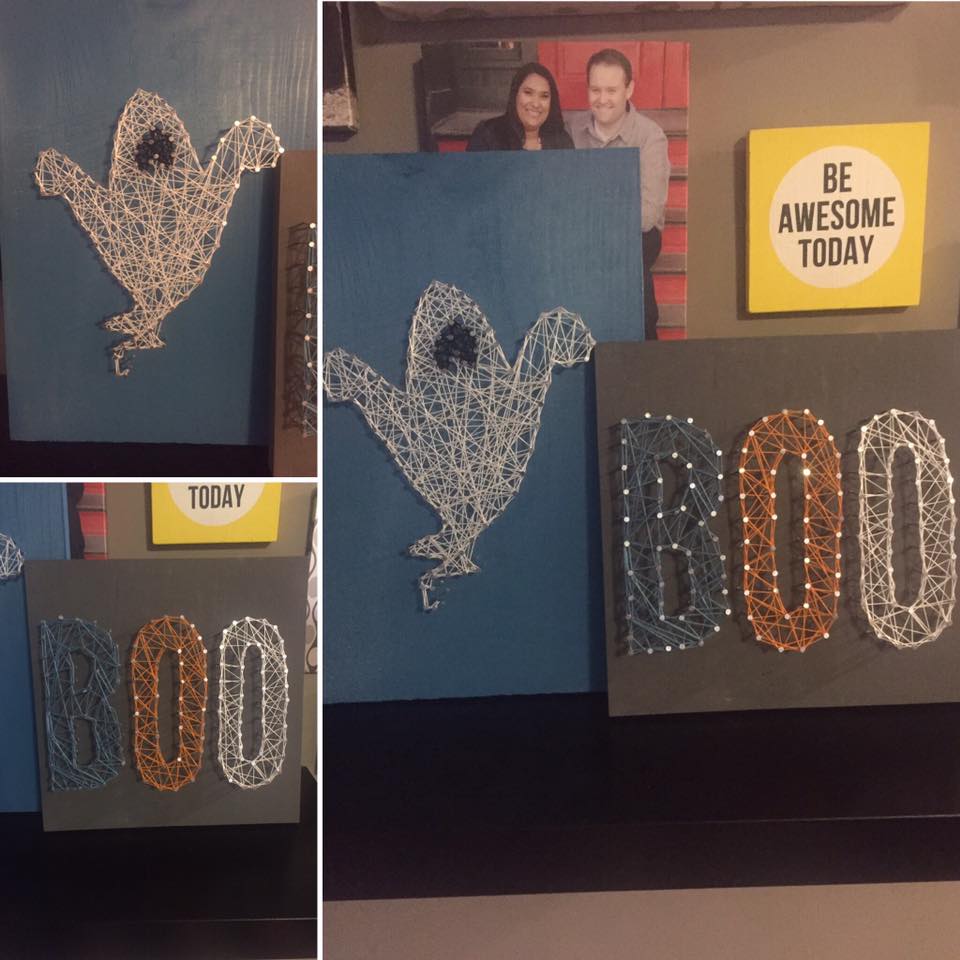 I did a fun facebook live video to walk you through the steps of string art, but I’ll give ya a quick recap tutorial.

–Print off what shape you would like to make.  Position that paper onto your board where you want it to go. You can tape it down if you’re worried about it moving around. 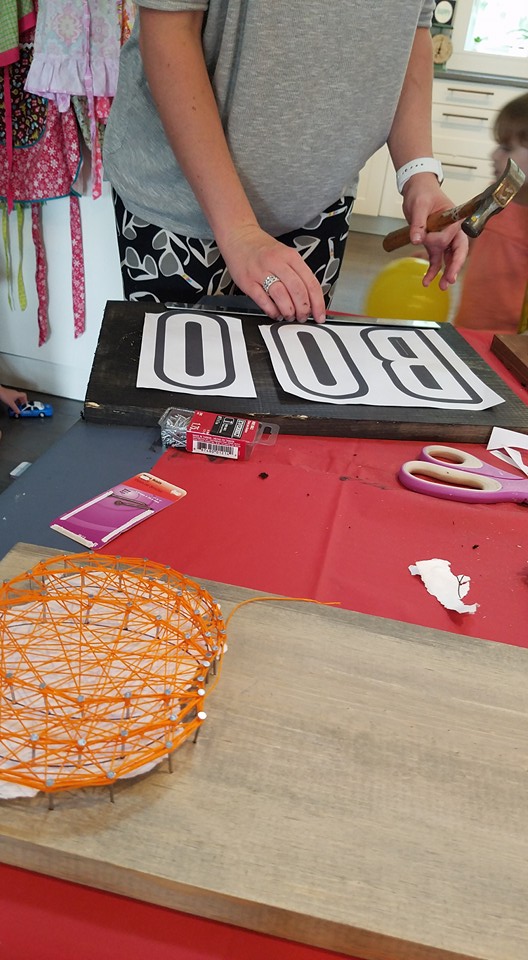 –Hammer in nails along the edges of your design.  If it’s really detailed, you’ll need them close together, but otherwise you can aim for about an inch apart or so. 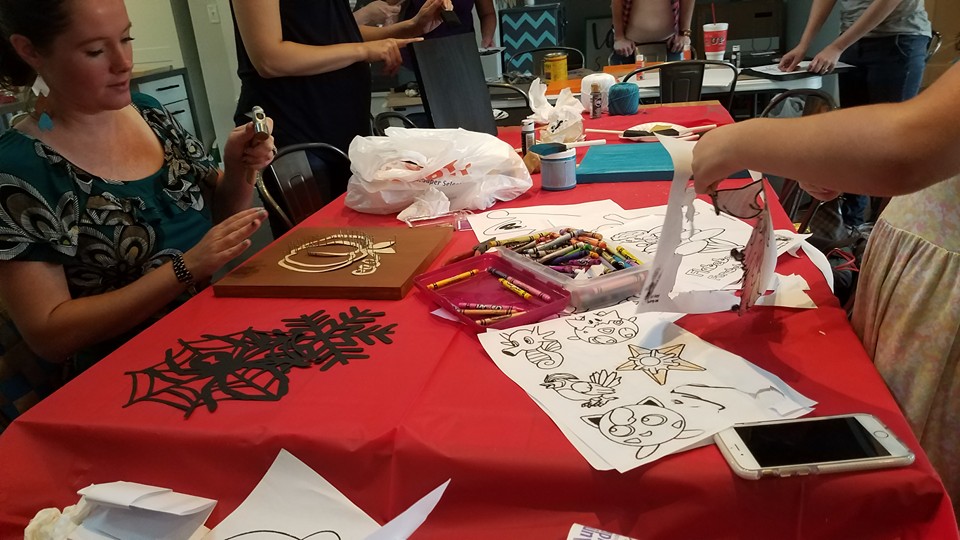 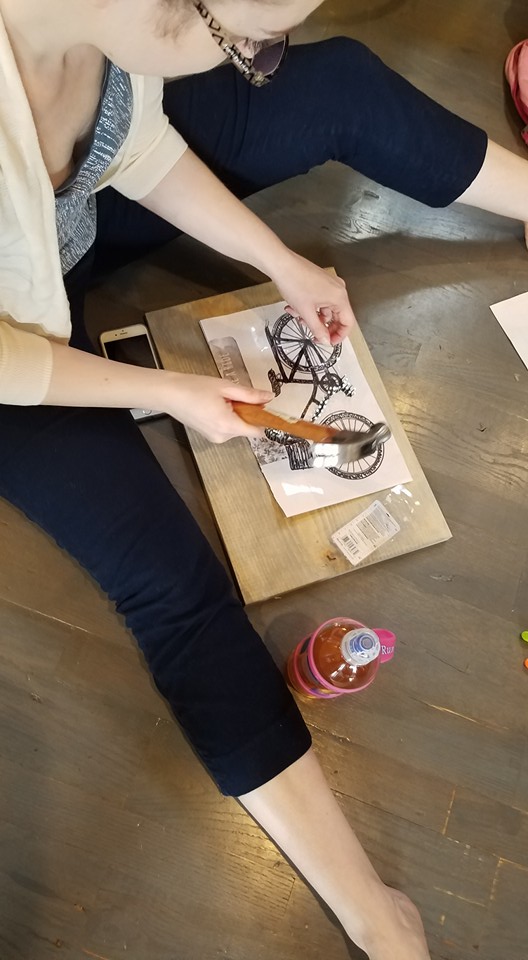 –Then tie the string to one nail, and just start wrapping, nail to nail, until you get it all covered like you want it!  You’ll want the string to be near the tops of the nails. 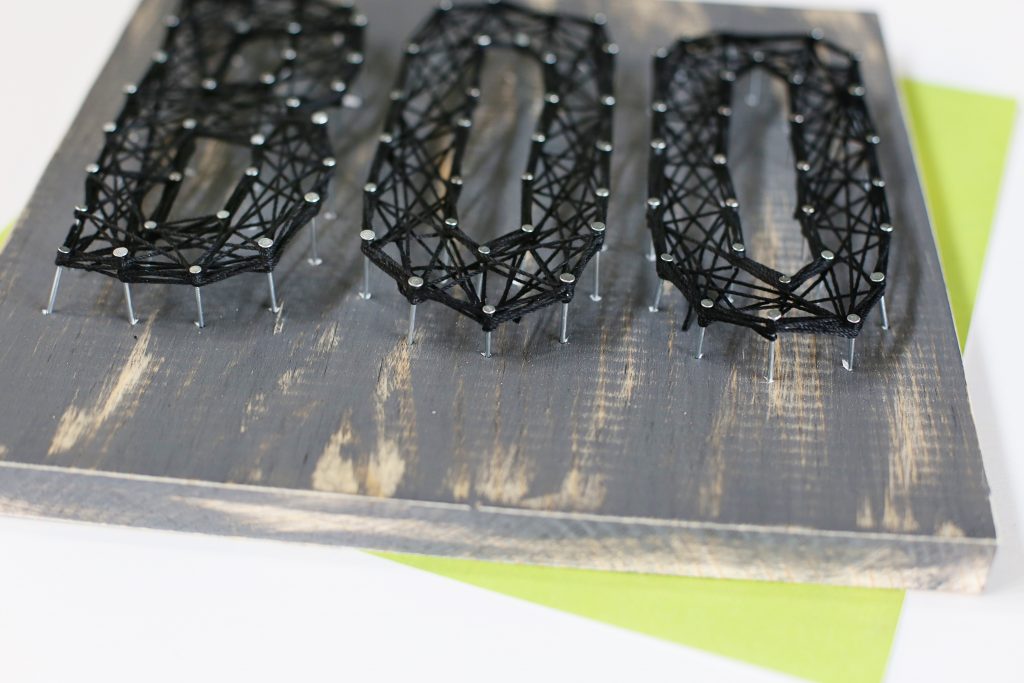 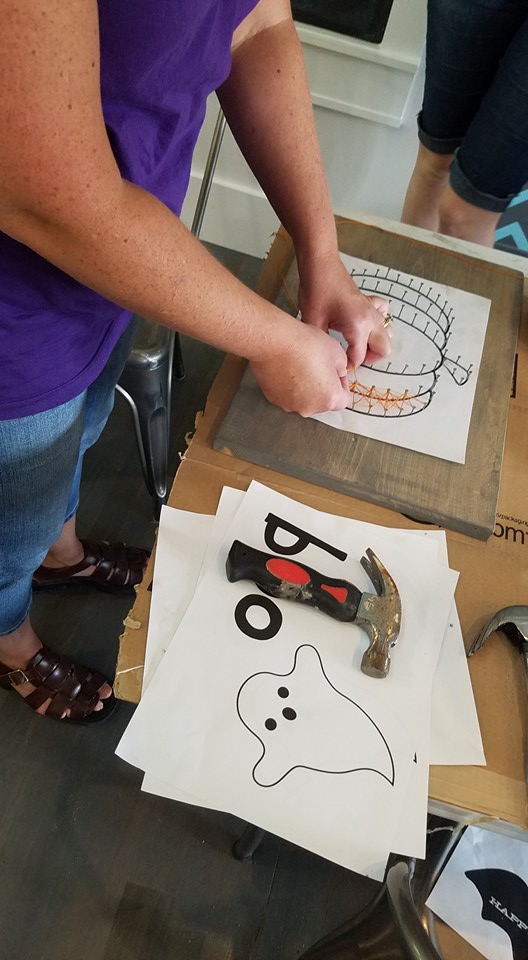 –If you move from letter to letter, you’ll want to end your string and start a new one for each letter. 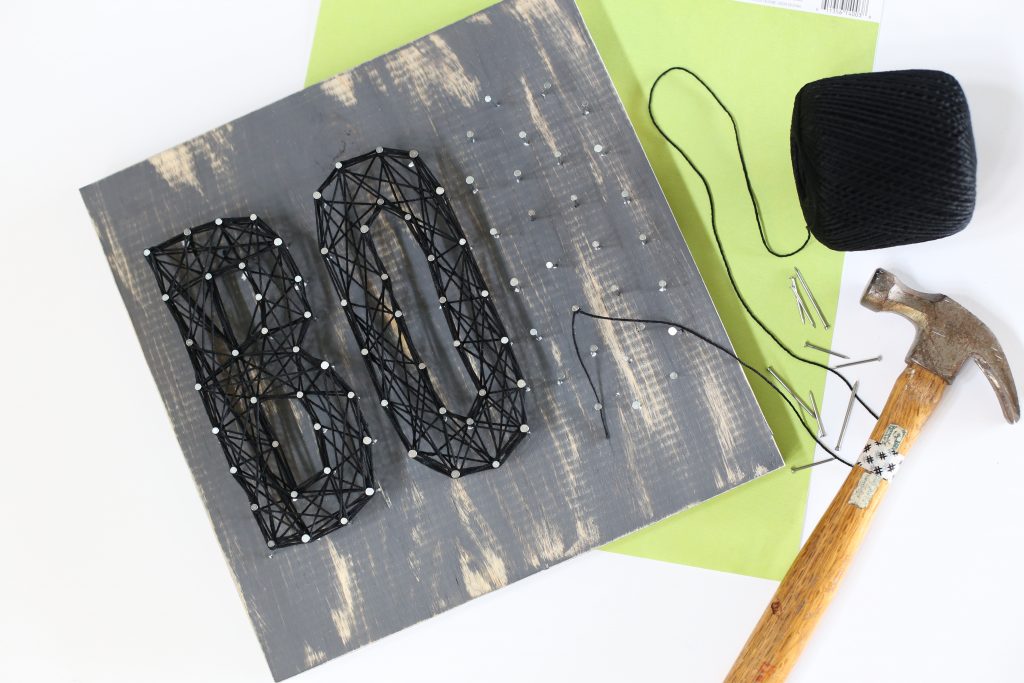 Then pull out the paper and enjoy your masterpiece!! 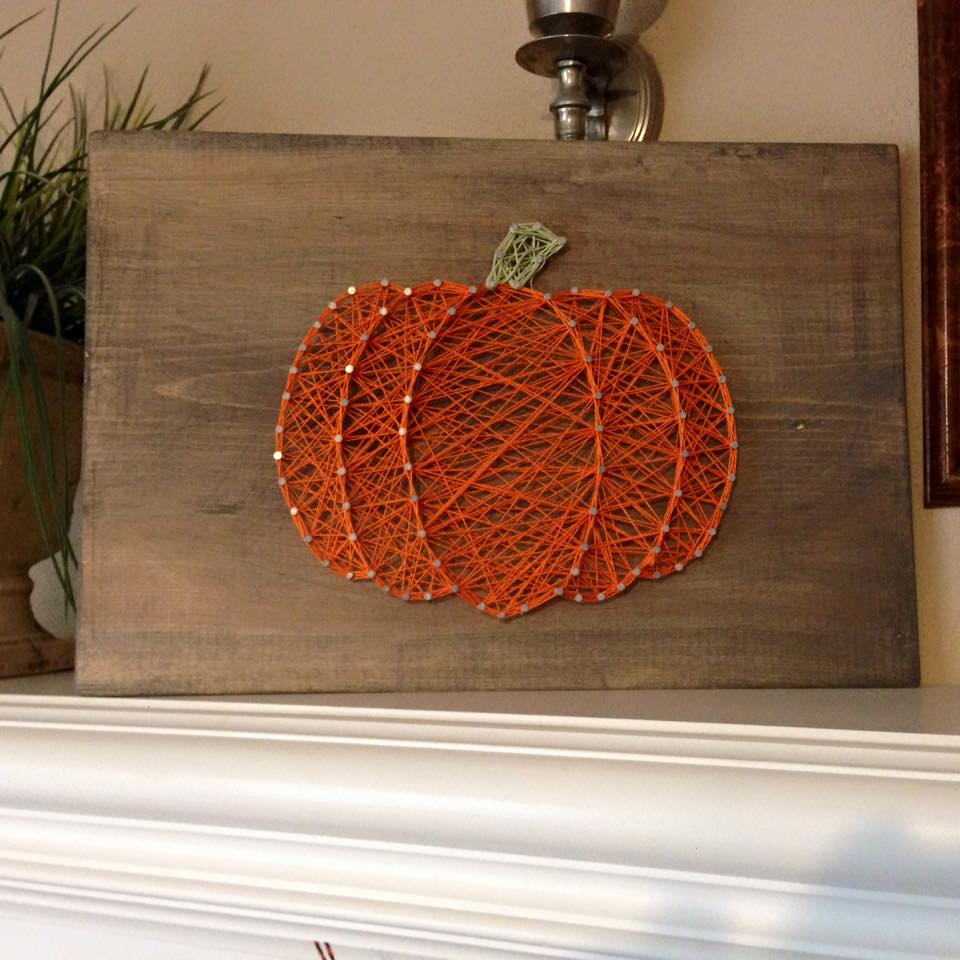 So many fun ideas for fall! (This Boo from my friend Carissa) 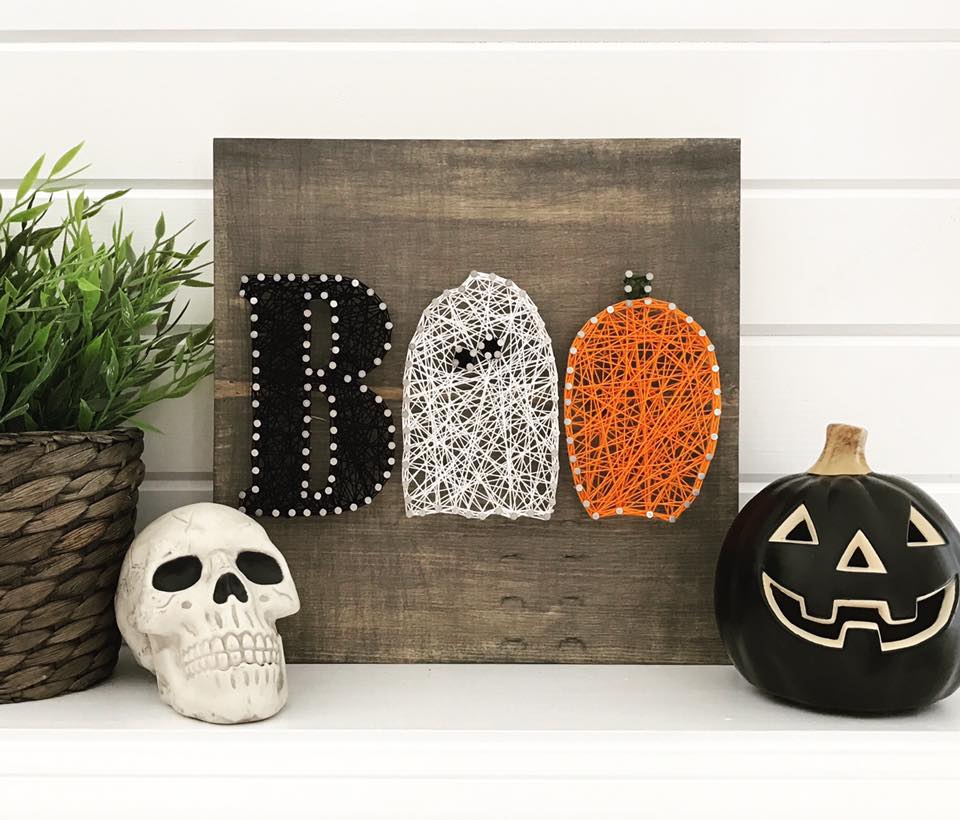 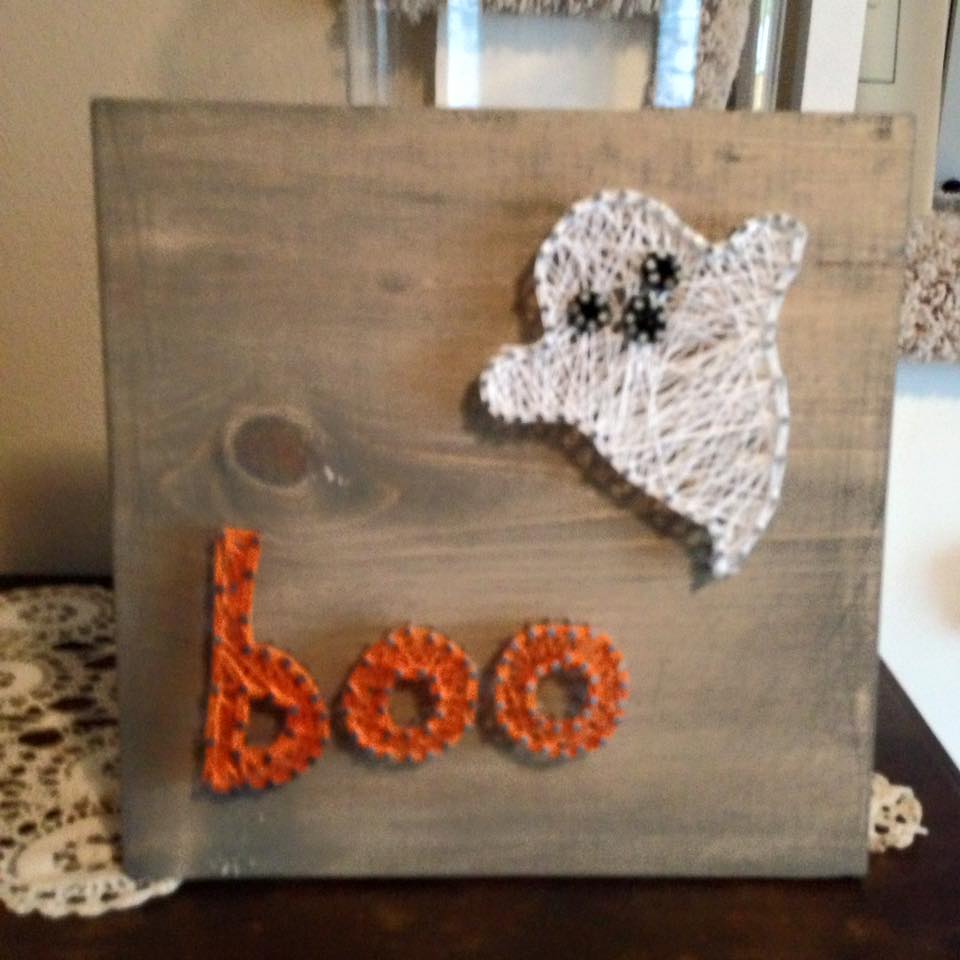 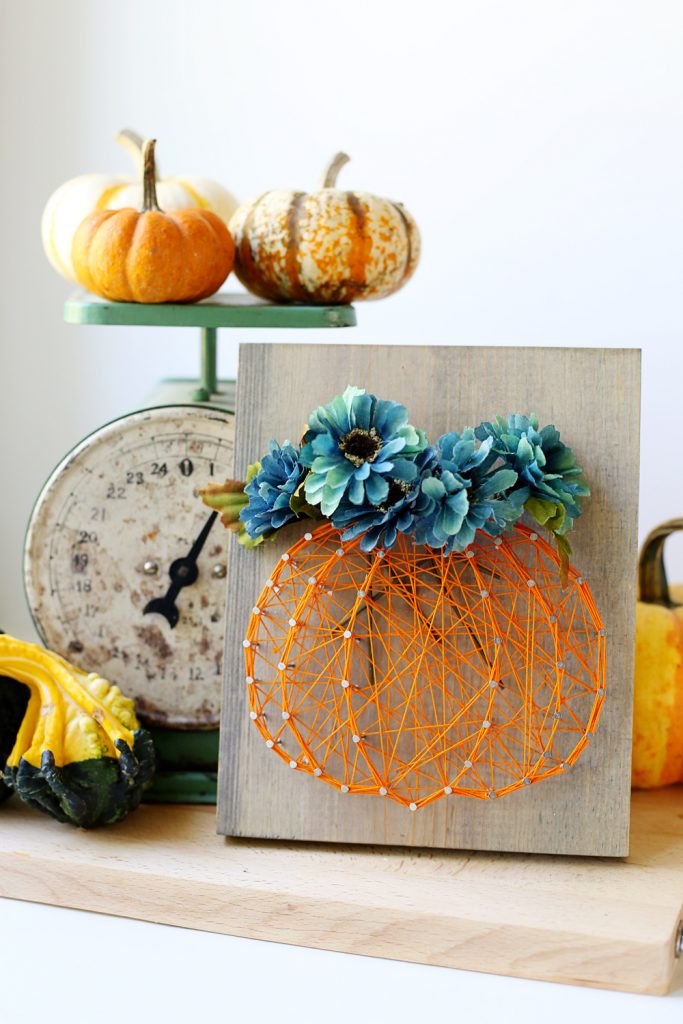 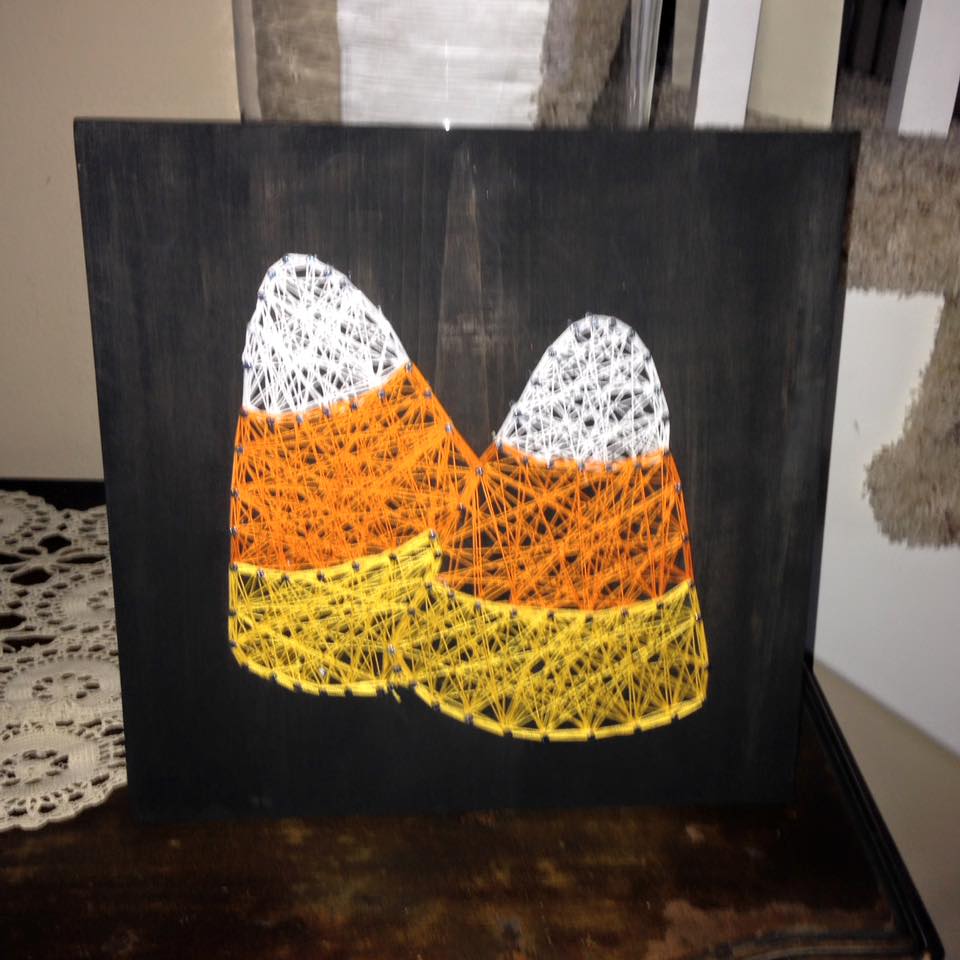 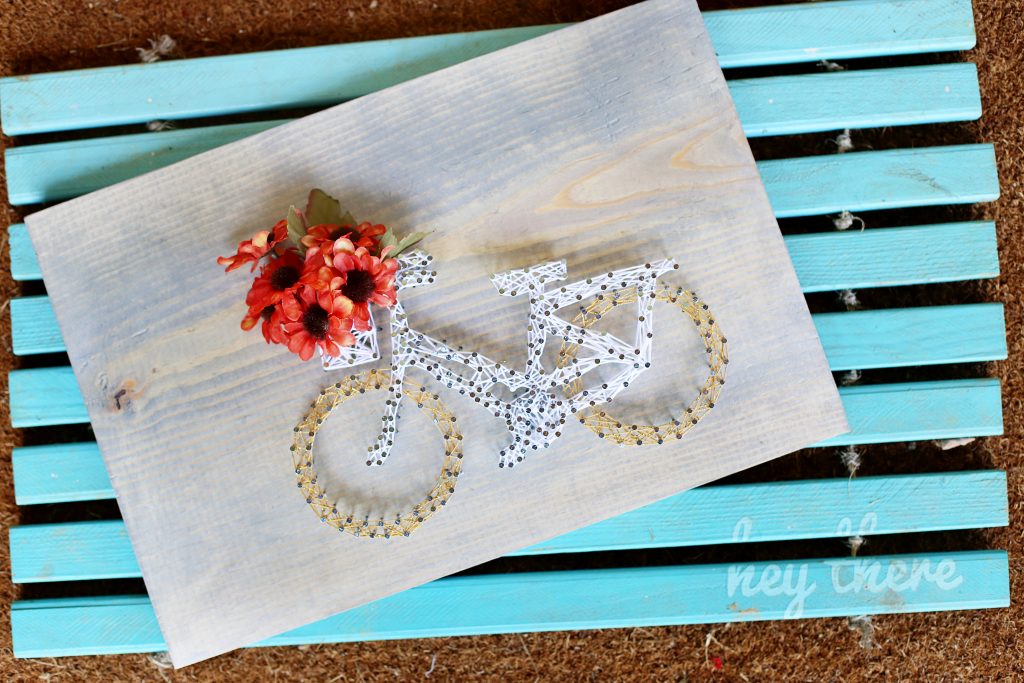 Are you filled with bunches of ideas??  Which will you make first?!?! 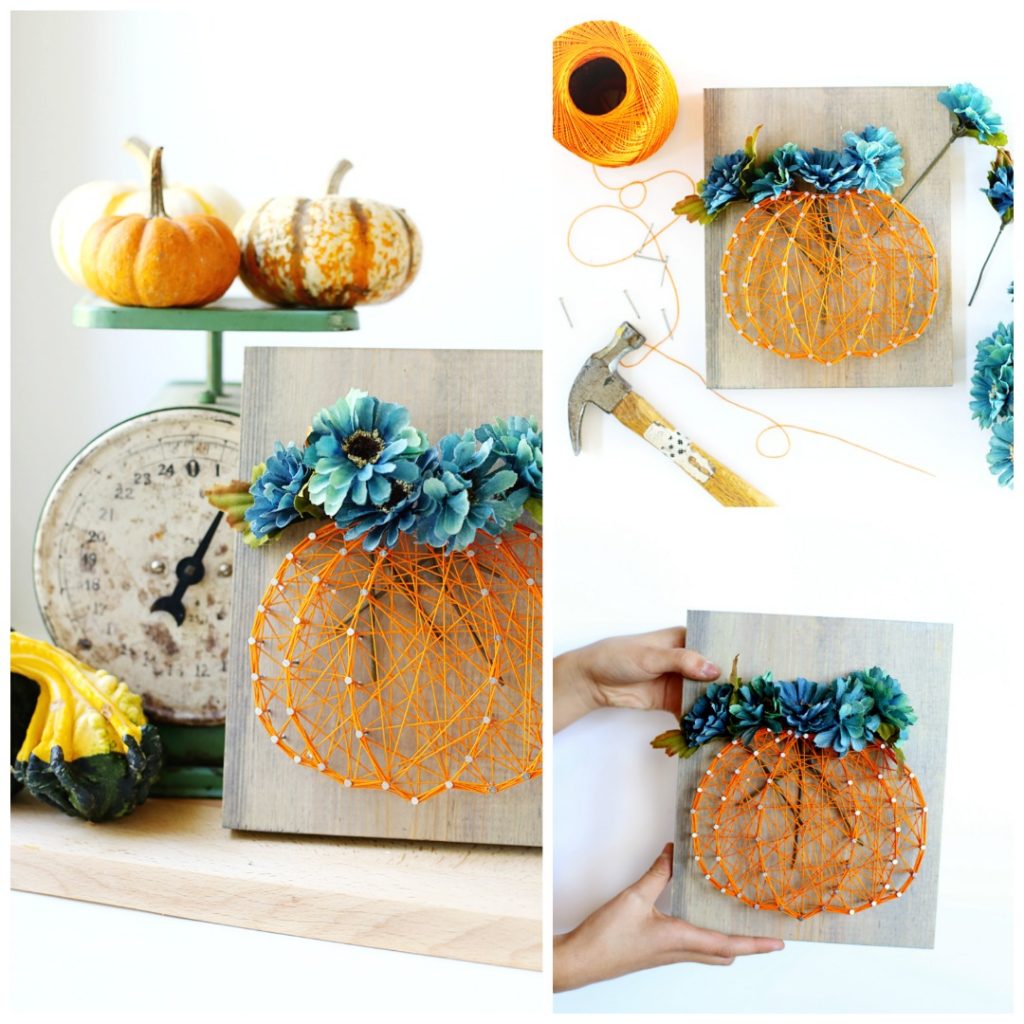 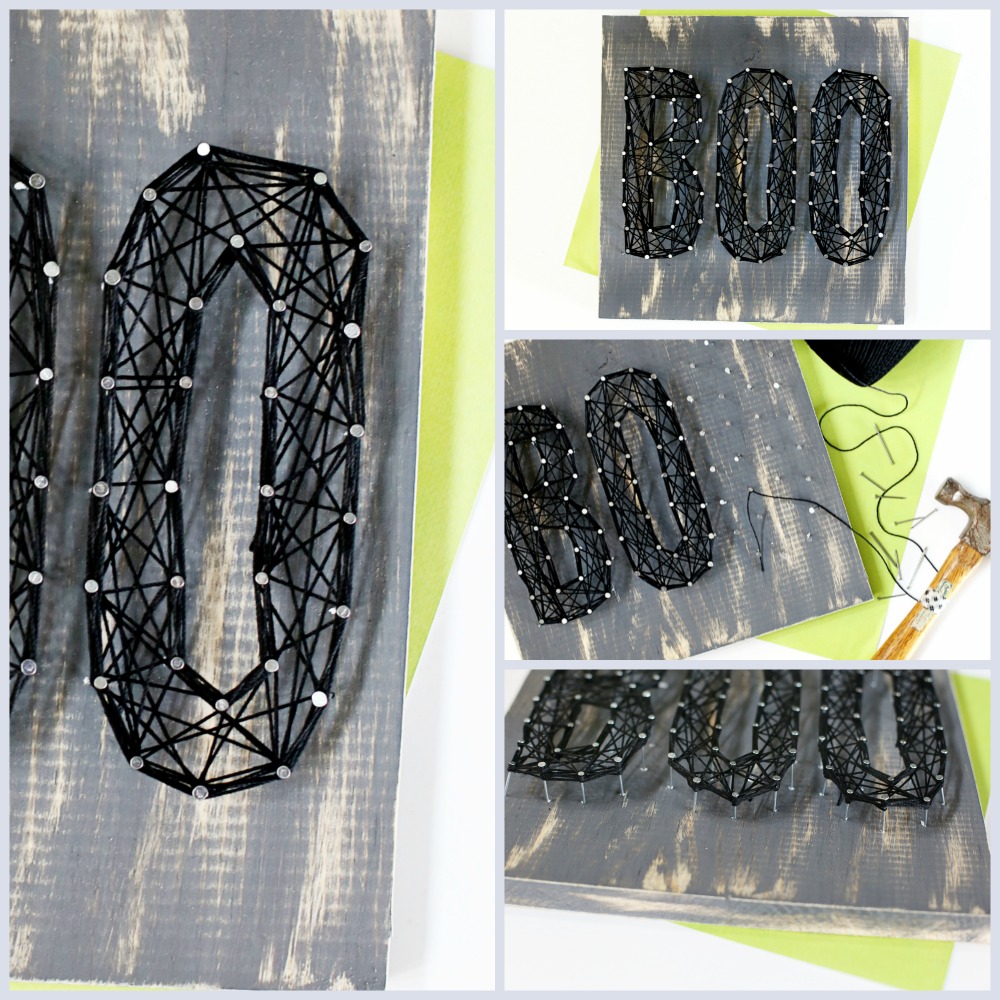