Home » crafts » How to Start Your Own Craft Club

So I have a Craft Club, and it’s one of the best things ever.  And I think everyone should have one! 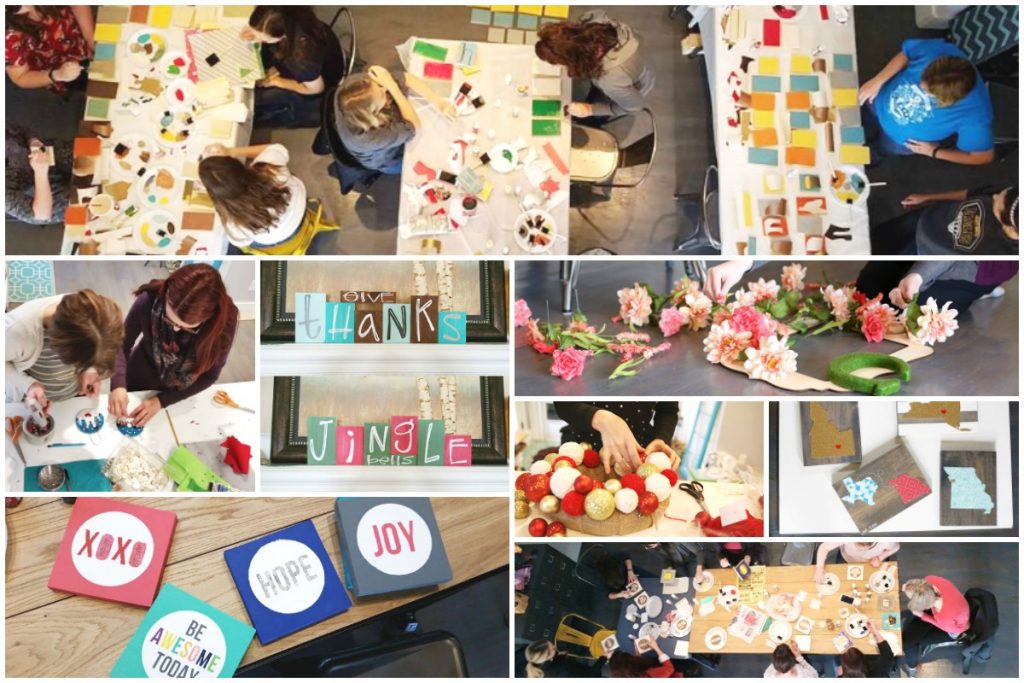 Every time I post on social media about the fun I had at craft, I get questions all about it – what is craft club? how does it work?, etc , so I thought I would put together a whole blog post here and dish out all the tips and tricks to what’s works best for us. 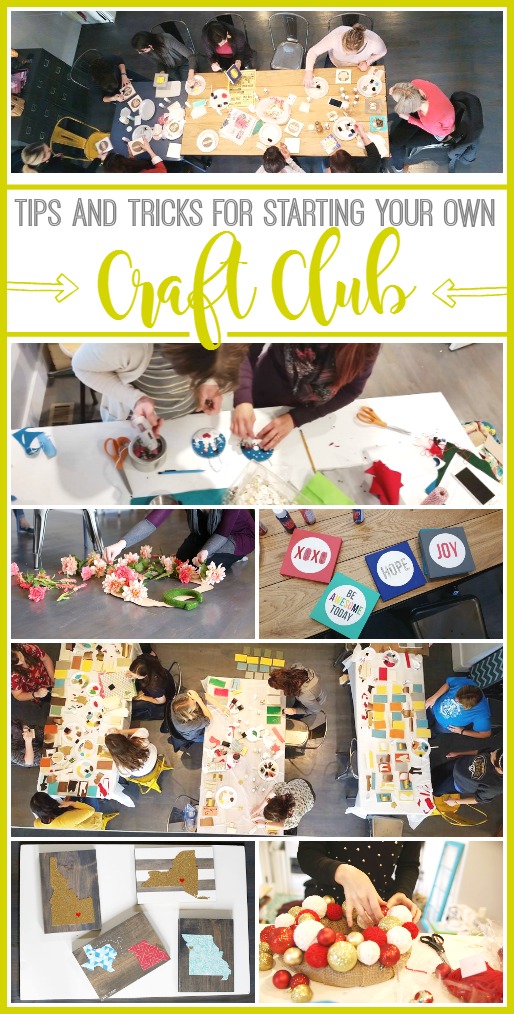 MORE THAN SIMPLY A CRAFT CLUB

I really love craft club!! I (obviously!) enjoy making stuff, and being creative, but there’s so much more to it when it’s craft club day – it’s getting together, getting to know other people, supporting each other, all that and more, while filling our need to create. For us that aren’t the most outgoing, it gives us a fun way to connect with others. There’s just way more to craft club than the crafts. Love it!! 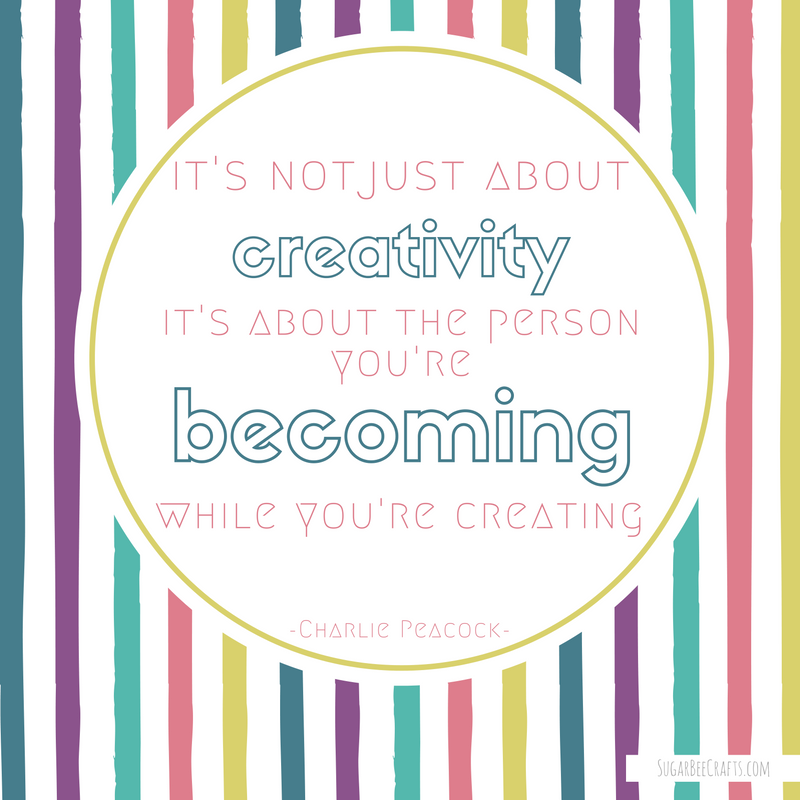 A few thoughts from the people in my craft club:

–I like craft clubs that are cool with you just showing up to hang out because you like the idea of crafts but are actually terrible at them.

–I love how we all make the same craft & yet, our projects turn out completely different based on our personalities and tastes♡ and, of course, it’s so fun meeting new friends and learning how to do new things!

–I love doing crafts but I never take the time to do them on my own because there are always so many other things to do when you have little kids. Craft club gives me an outlet away from my other responsibilities to craft & meet new people. Also I love that I don’t have to plan or find time to get supplies, everything is there ready for us to just create

–I have terrible ADD. When I am at home I typically have about five different crafts/projects in progress. What I love about craft club is that it’s not at my house so I can’t get distracted with everything I should be doing. Plus, it’s fun to visit with everyone and see everyone else’s take on the same craft.

–When we bring our friends together to craft it inspires our imagination which in turn inspires lots of others.

So, obviously, you need to be part of a Craft Club.  And you’re probably just going to have to start one, unless you’re lucky enough to have friends who have already started one (that would be awesome!).  So after having mine for about a year, here’s some things I’ve learned… 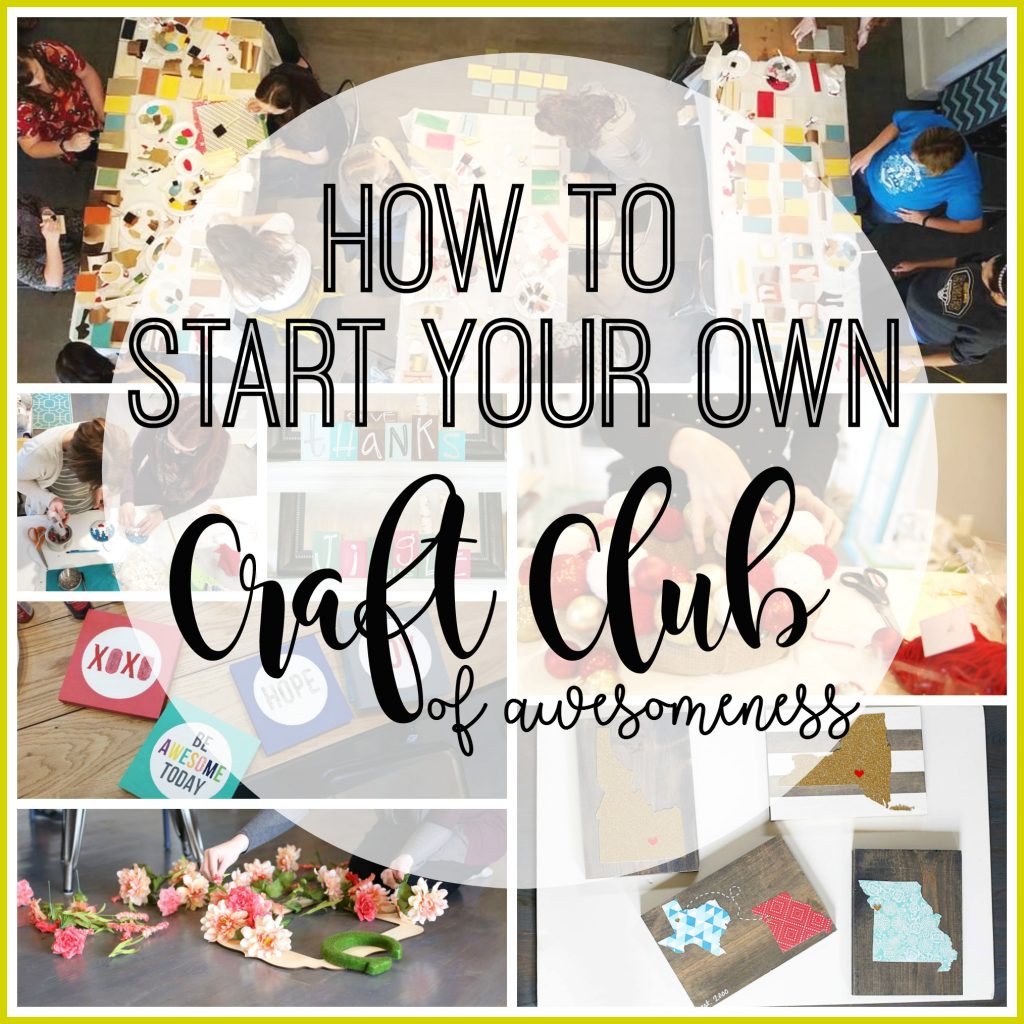 Start Your Own Craft Club

–WHAT is Craft Club? — It’s just a group of friends, who get together pretty regularly to craft.  That’s it! And it’s awesome (see above).

–WHO comes to craft club? – or – None of my friends are crafty, what should I do? –This is exactly why you need to start a craft club!!  I wanted to do crafty things with other people, but my friends all claimed they weren’t crafty.  But guess what – people just need a little encouragement and direction.  And again, as mentioned above, craft club isn’t just about crafts, it’s so much more.  So encourage those who “aren’t crafty” (ps, I don’t ever believe that anyways!) to come.  With you on their side, they’ll love creating!

Tips and Tricks to set up your Craft Club

–Communication – I set up a facebook group, and that’s our main source of communication.  You could also send out a group email, etc.  But you’ll need some way to remind people of upcoming meetings, touch base on projects, etc.

–Invite friends!  I started with just a few friends who had mentioned that they would love to craft sometime.  And then I thought there might be more people interested, so I posted on my personal facebook “if anyone is interested in coming over and crafting, joining a craft club per se, just let me know” and a ton of people were super excited about it.  And then your friends will invite friends.  I have people that drive over a half hour to come to my craft club – it’s been fun to get to know new people.  So at first my craft club was me and about 3 other people.  And you can even just have it with a couple of you!  Now my craft club gets about a dozen people coming each time.

–Day and Time – at first I would just have it whenever I got the itch to craft, but lately we’ve had a set day and time (for us, it’s every other or every third Thursday, 9:30-11:30) and I think that helps for everyone to plan accordingly.  During the day works best for me, but for you it might be best to hold an evening craft club.  Pick what works!

–Projects — so you can do this a couple of different ways – you can have everyone just bring whatever they’re working on, and then craft as a group, but everyone working on different projects.  OR, you can pick a project and all do that project together.  We do the second one, but occassionally there are people who aren’t interested in that week’s project and they’ll bring their own thing to work on, which works too!   I normally pick a handful of projects, and then ask people to vote on their favorites, and we narrow it down that way.  Sometimes people in craft club will make suggestions and pick the next project, and that’s awesome too.

–Supplies — this kind of depends on the project, and I’ve done it a couple of different ways.  For example, for one craft club we made Spring Wreaths – well, we were all making them with different flowers and ribbons, etc, so for that project I had everyone bring their own supplies.  But for other projects when it’s a similiar outcome, for example, we recently made nativity boards, I provided all the supplies (since it was the same supplies for everyone), and then just had people pay me for the supplies that I had purchased.  I usually give a guesstimate about how much I think supplies will cost, find out how many people want to do how many project, and then buy the supplies – and if the price changes, I let people know, people are just glad that you’re buying the supplies and they don’t have to worry about it, so they’re okay if it ends up costing a couple more dollars.  Mostly we do that – where I gather supplies, get everything ready, and it’s all here for when people come to craft.  If there’s wood or vinyl to be cut, I do all that beforehand.  The more organized you are, the better!

–Set up — I just put out a few folding tables, with those plastic tablecloths on them, which make for easy cleanup. I have supplies on my counter, and so people come in, pick up their supplies, and then go to a spot at the table to work on their project.

–Kiddos — If you have an evening craft club, it’s easier for people to find babysitters, etc.  But I like holding mine during the day.  When my kiddos were little and home during the day, I would have a playgroup/craft morning – which meant that I had activities and toys pulled out for the kids, and then a simple craft for the moms to do while the kids played.  But now that my kiddos aren’t home during the day, my craft club is no kids (well, babies can come).  We’re doing more involved crafts and my house isn’t really set up for little kiddos anymore.  So again, pick which works best for you – so many options of how you want to run it!

–Rules — as you get going, you’ll realize that you probably need to set some ground rules.  And they’ll be different for everyone, so just whatever works for you.  Here’s what we have in our group:

–if you know of anyone who might be interested in Craft Club, feel free to add them to the group! neighbors, friends, family, whoever
–Craft Club will always be held during the days, 9:30-11:30ish, at my home (unless someone else wants to take the lead sometime, just let me know)
–Looks like Thursday won the vote, so it’ll mostly be Thursday mornings – I’ll probably try to throw in a few Fridays, since that was the second more popular choice
–Craft Club will be adults only, no kiddos (with the exception of babies, under a year old) – I will try to plan in advance the date of the next craft club so you can arrange childcare or work out a kiddo swapping co-op, etc
–I’ll only be putting together the craft kits for those who are planning on attending that day’s craft club – it’s fun to craft-along-from home, and I’d love to see what you guys make if you can’t make it that week to craft club (post pics of your projects, love that!!), but you’ll need to gather your own supplies, etc
–We’re always looking for fun projects that will work well to make in a group setting, so let us know if you have suggestions!

I hope that helps!  I want everyone everywhere to be in a Craft Club – it’s just so good!  So much more than crafting.  I really feel like Craft Club is providing a service and a strength for everyone (me included!) to get us out and interacting and encouraging one another.  And the making of the crafts is a side bonus 😉

If you’re looking for craft club projects, here are a few things I’ve tackled in the past: