i bet you’ve been on pins and needles for this post this month from carissa miss. but i struggled this month you guys. really struggled. we are over our heads in DIY projects this month and i didn’t think i’d be able to bust out a spectacular printable because frankly, they weren’t on my mind. {have you seen my new blog design? one easy gallery of ALL my printables} i was this close to copping out and not even doing a halloween themed one. *gasp* i’m not even really that big of a halloween kind of gal *bigger gasp*. i know for a lot of you this. is. the. holiday. second only to christmas of course. so, i decided {thanks also to a helpful focus group who assured me you would want a halloween printable} to make one for you. 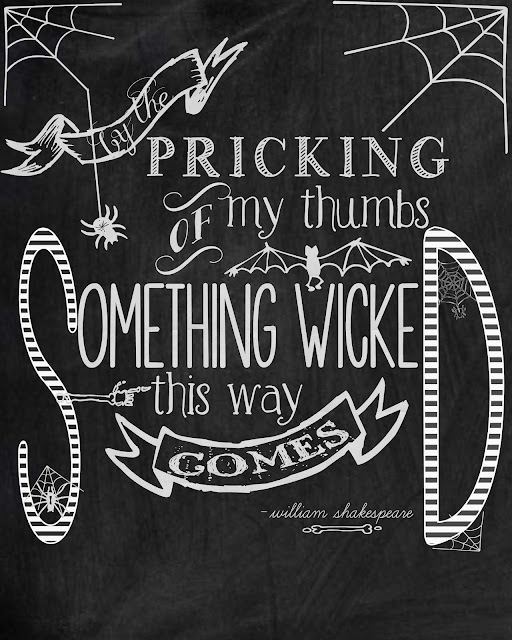 i had to put my own spin on it of course. you won’t find any “trick or treat” or “boo” signs in my house. nope. if i’m going to put up some decor, it’s going to be dastardly. thank you macbeth. honestly, this whole scene is filled with dark quotes since it’s all about the three witches. i was this close to doing “Double, double toil and trouble, Fire burn and cauldron bubble” but i think i’ll save it:) go read that scene {act 4 scene 1 if you’re interested} and you will for sure get in the halloween mood!