1shares
When my husband got his new job this summer, we had to make some adjustments to our routines. The biggest one was that he started carpooling {major plus} but left at 6am {major bummer}. Combined with my pregnancy fatigue we were barely making it to bed without crashing around 10pm. I would have never called myself a morning person, in fact, even on my best morning days I’m a slow mover in the mornings. I do have to say that it is definitely a lot easier to get going when I’ve made the effort to hit the sack at night so I get a decent night’s sleep. {with my migraine meds that’s like a 10hr requirement btw! loooong story for another time}
When my friend, Kilee, said she was needing the reminder that “early to bed, early to rise” I knew I had to make a printable of it. It’s a great reminder for the hard winter nights where we wake up and go to sleep while it’s still dark. 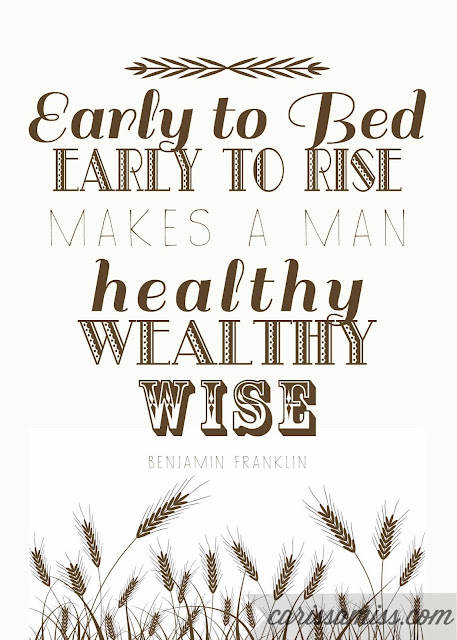 The quote by Benjamin Franklin reminds me of a fall harvest; those hard-working farmers who would work from sun up to sun down to get the fields harvested before the winter frost. I hope you all enjoy it and use it to be more productive!

Like my free printables? I love designing pretty things and saving money! Come visit me to read how to make inspiration reality, get yummy recipes and get a design consult of your own! 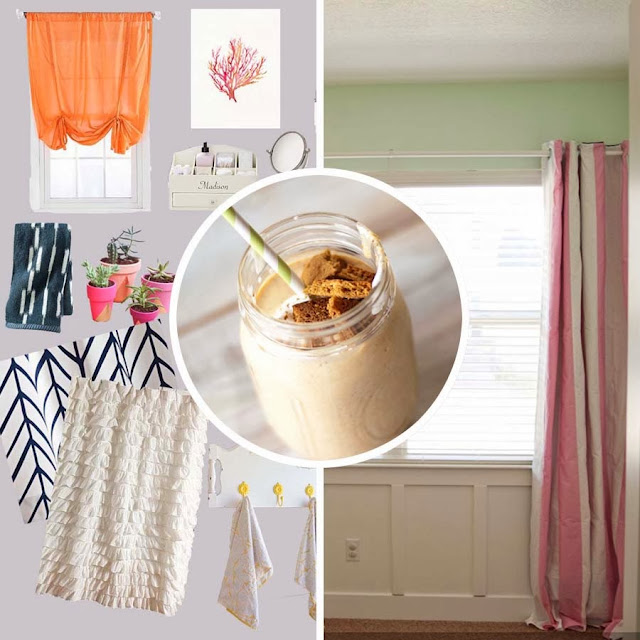