Just tshirts, and then if you want to go all-out, add some diy no-sew tulle skirts! 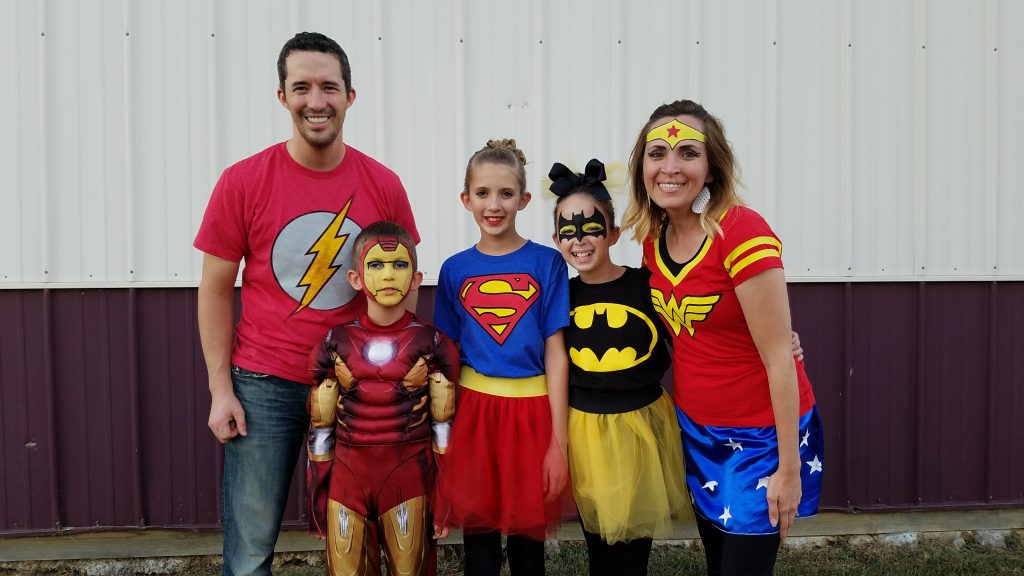 This was such an easy family costume idea that I of course failed to take any pictures for you guys – luckily I snapped some on my phone so I can walk you through how we pulled it together. 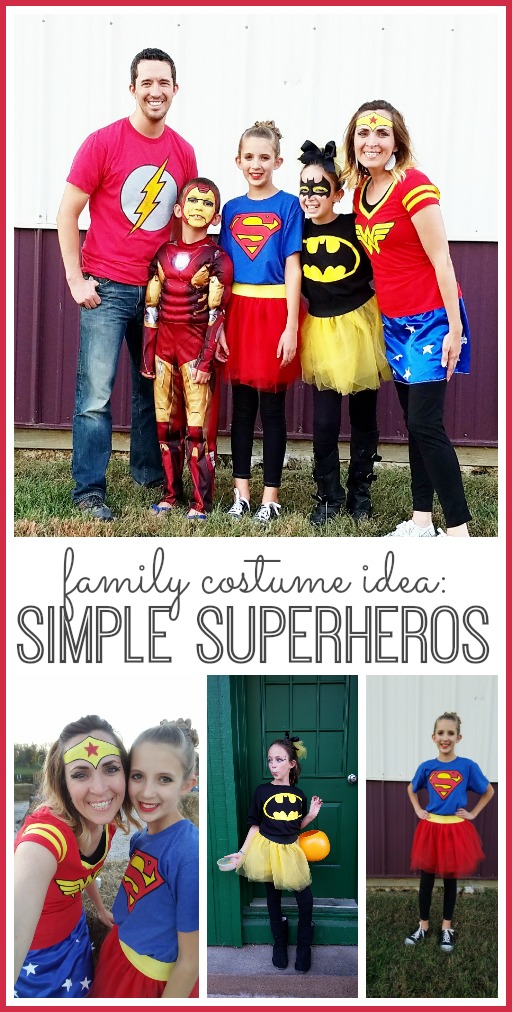 The hardest part was deciding who got to be which super heros, ha!  My oldest kiddo had a Captain America tee, but he was missing the night we went to a family Halloween party, so no group picture with him – just imagine him there 😉

We started with a base of superhero tees – which is nice because my kiddos still just wear their tshirts, so you’ll get lots of use out of them.  You may even have some on hand.

Flash TShirt – we found one at Target

Wonder Woman T-Shirt – we found one at Walmart

Ironman Costume – found in our dress up stash (either on clearance after Halloween a previous year, or at a garage sale, etc)

Girls Batman and Superman tees we order from Amazon. 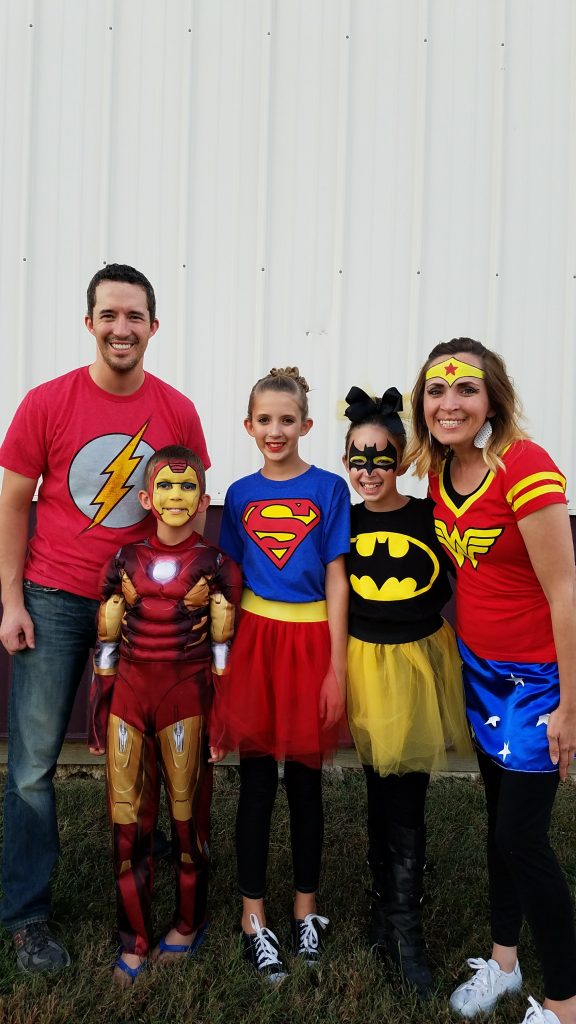 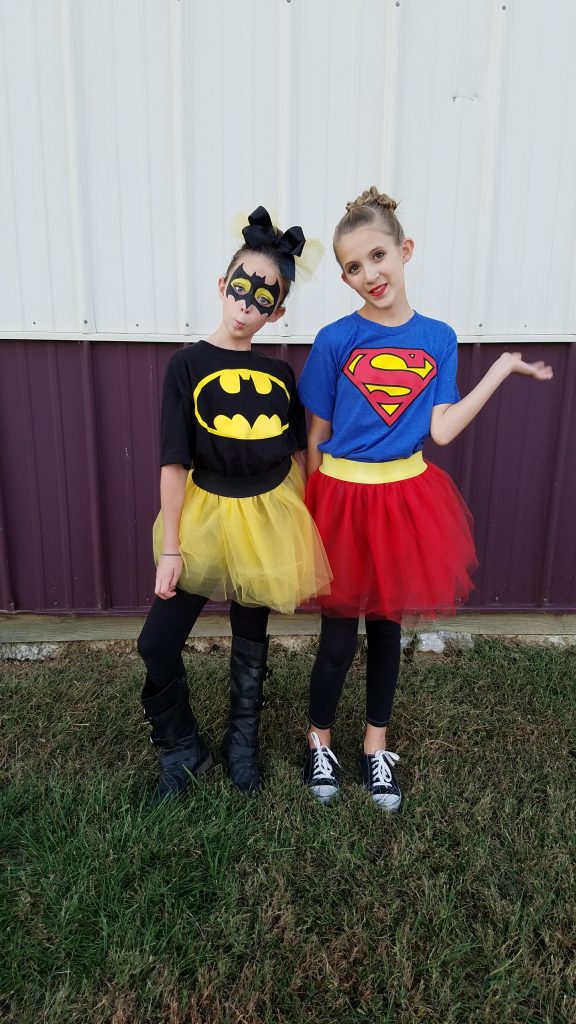 For the girls skirts, I happened to have red and yellow tulle on hand.  I dyed white elastic yellow for superman and then used black elastic for batman.  I just layered the tulle and then sewed the waistband at the top.  Sorry I didn’t take pictures of those steps – I just made it up as I went. 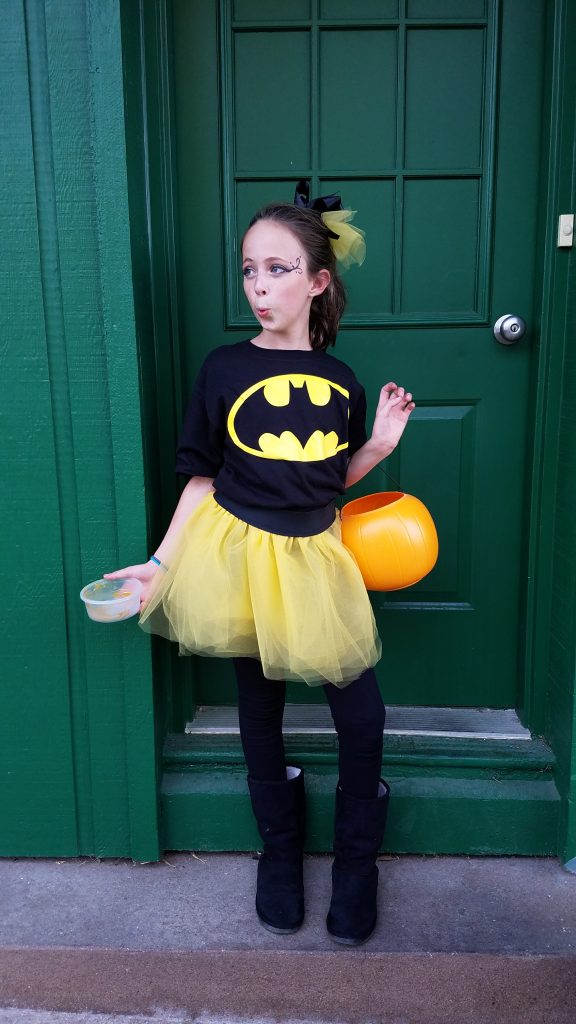 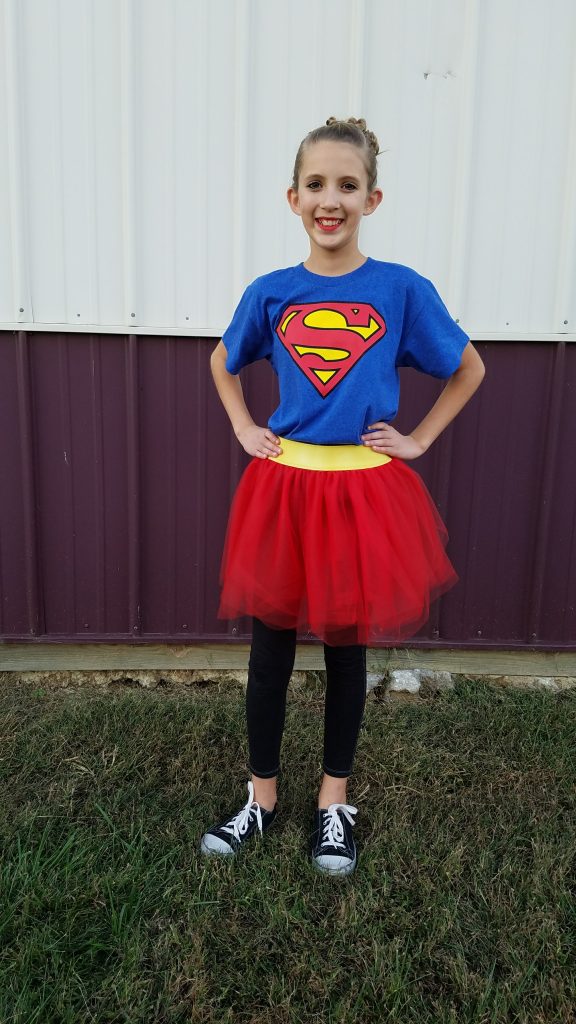 We happened to have some face paint, which I think really stepped up our costumes.  I just looked up things like “ironman face paint” on pinterest and tried to mimic the designs I found.  So with face paint we created the ironman mask, a batgirl mask, and the wonder woman crown, 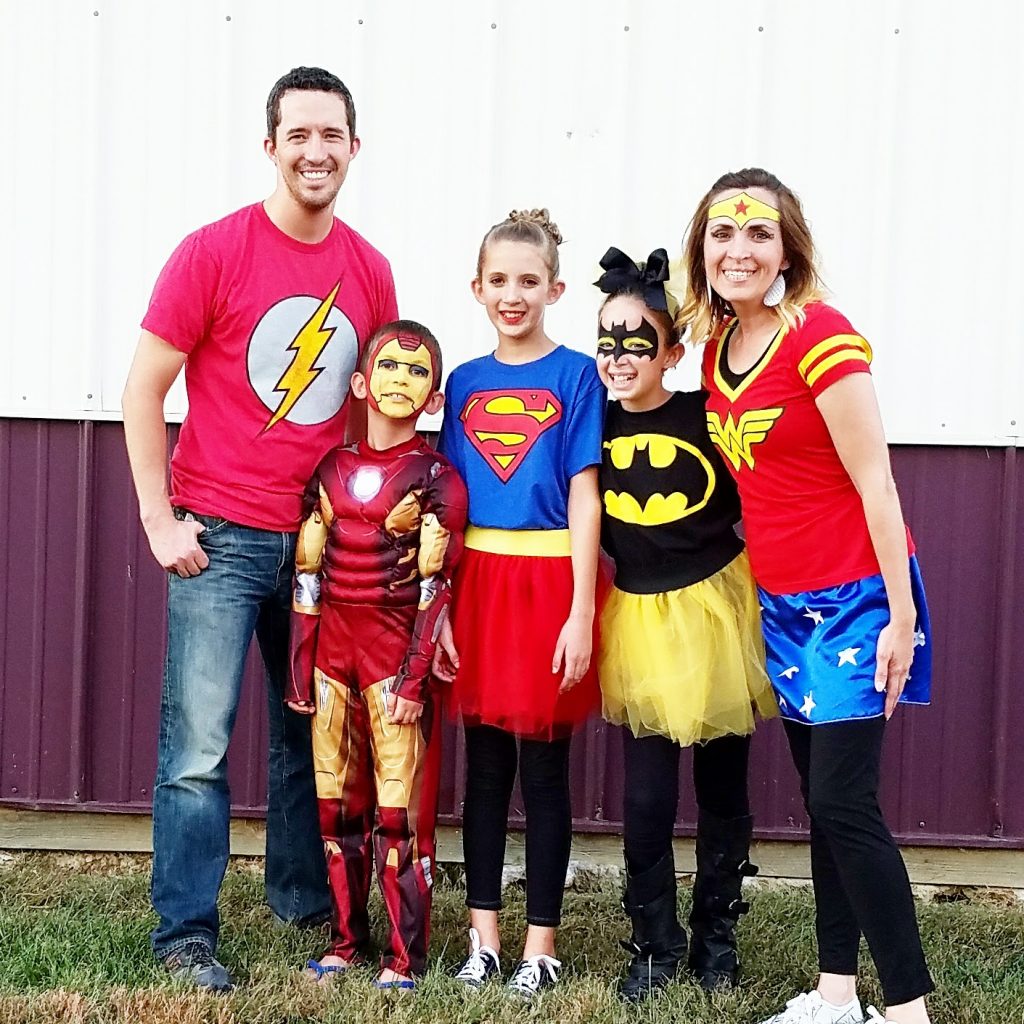 I really love family costumes!! They were a hit! 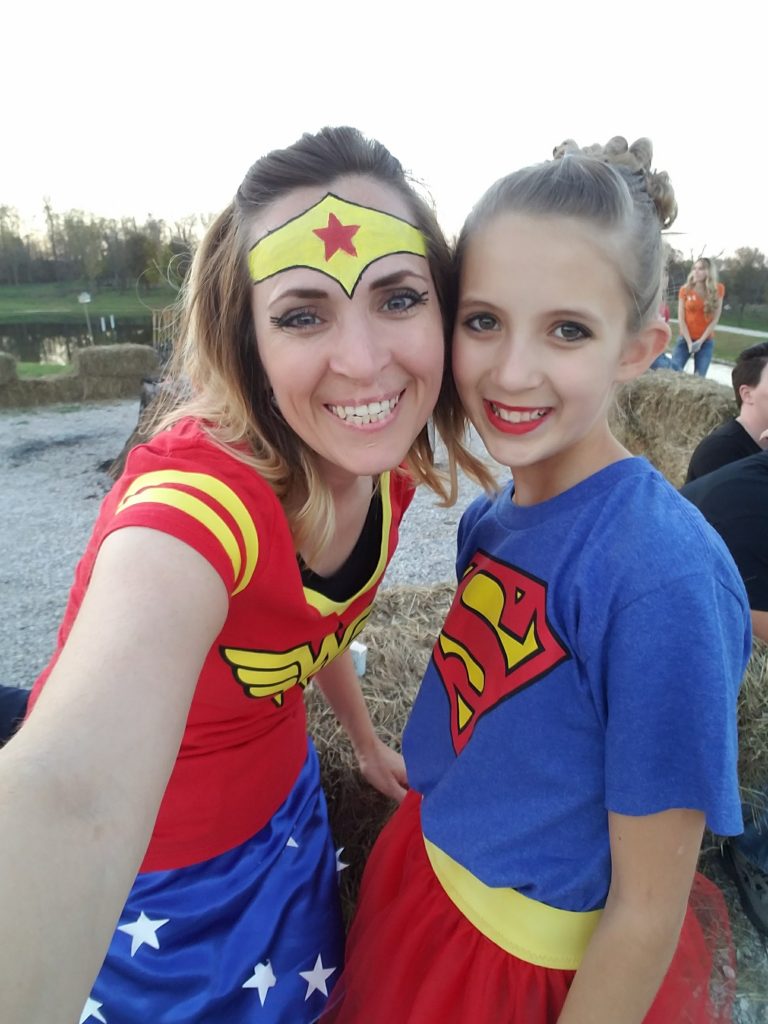 How to Convince Kids to Dress as a Family

I know people say it’s a challenge to get all the family to agree on a costume idea, but we’ve done it several years.  The trick for us is that the kiddos can pick their own costume idea for school parties and trick-or-treating, but then when we attend a family Halloween party, that’s when we bust out the family costume.

At the school parties I didn’t have my wonder woman tee yet so I went as the Minnie Mouse costume that I had made earlier. 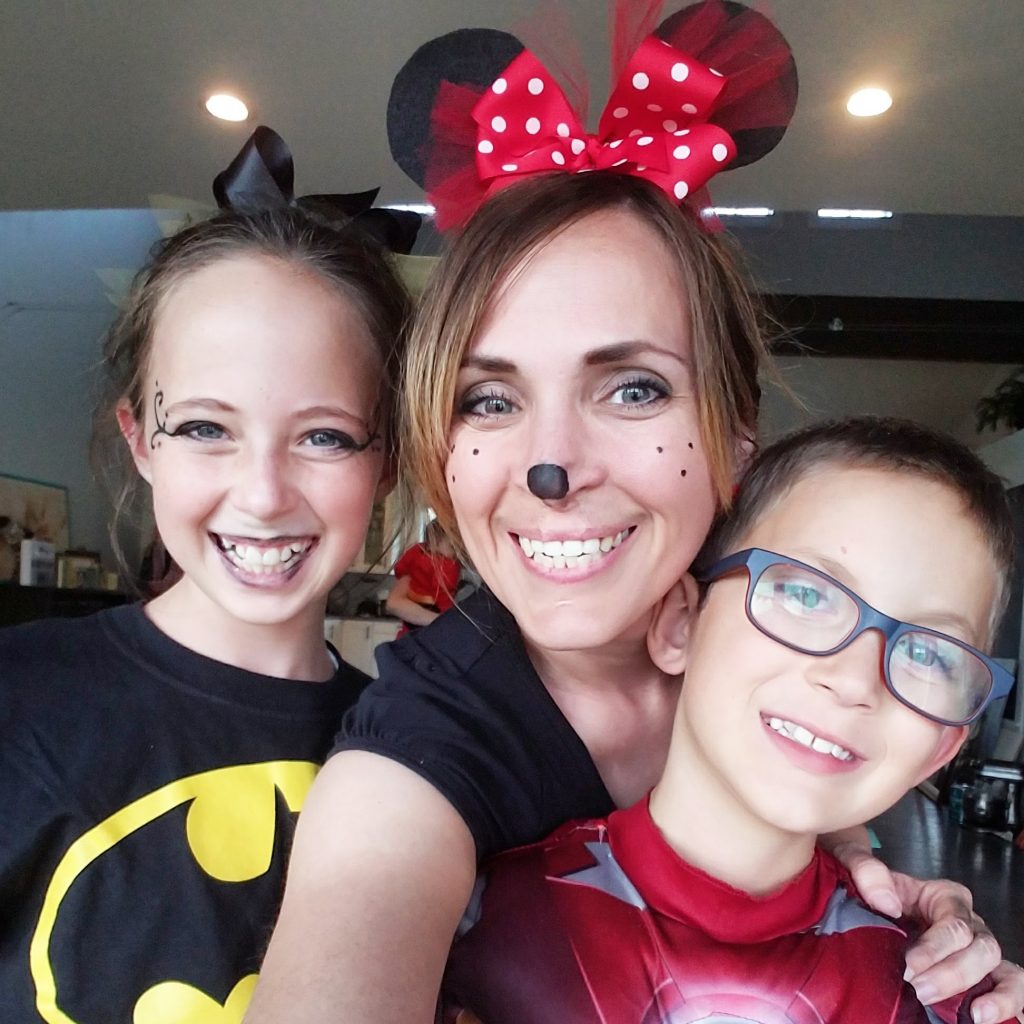 The year before Superheros was one of my favorites – Robbers!  You can read about that here: Family Robbers Bandits Costumes 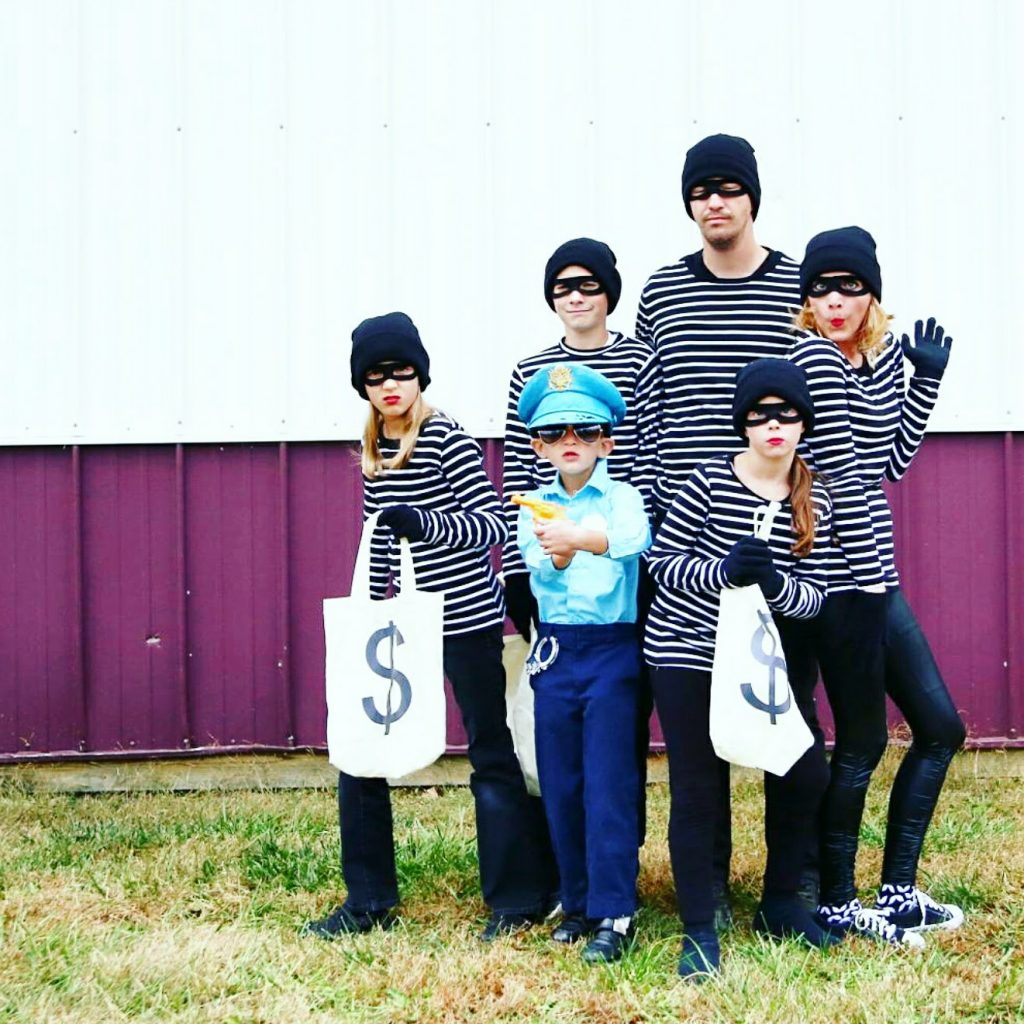 We’ve also been a family of bikers: Family Bikers Costume 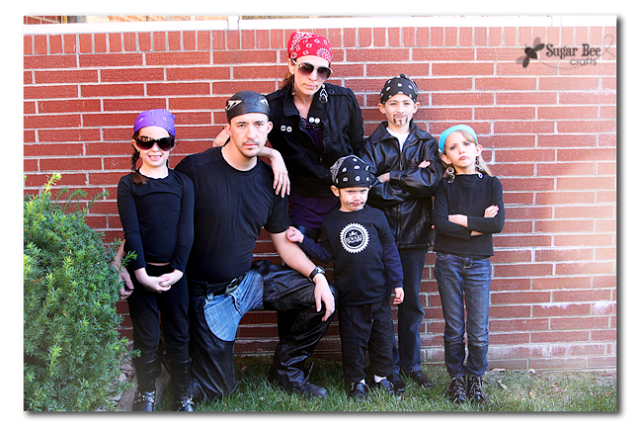 And if you’re looking for other family costume ideas, I pulled together some great ones: The Best Family Costume Ideas 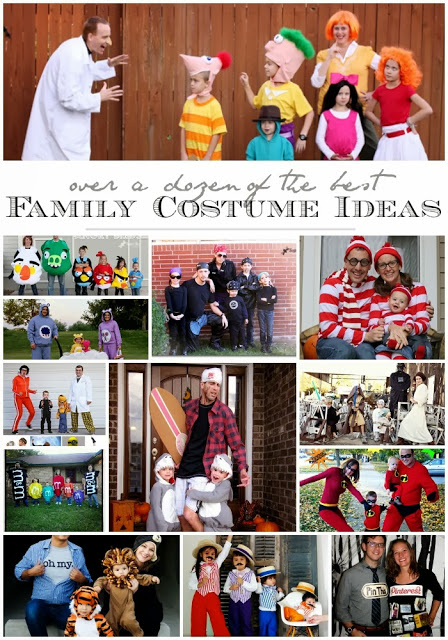 Recently we were a family of SCARECROWS!

Costume MakeUp Ideas from Others: