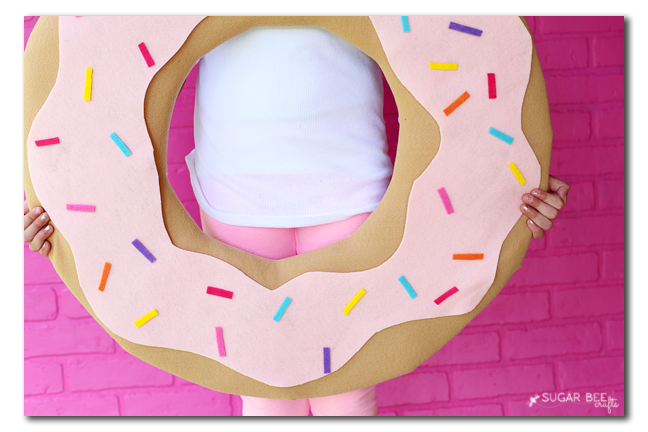 You know I have a thing for no-sew costumes – anyone can make this donut!! 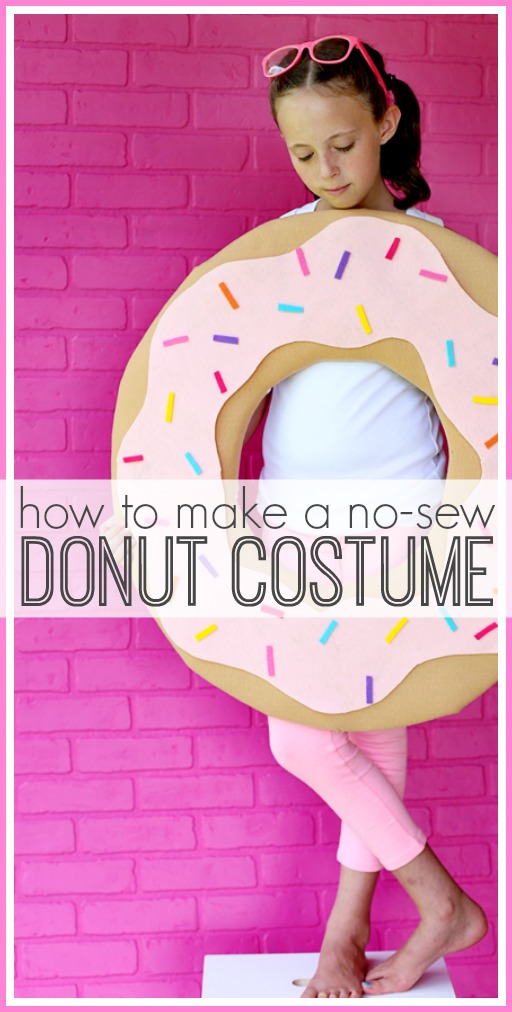 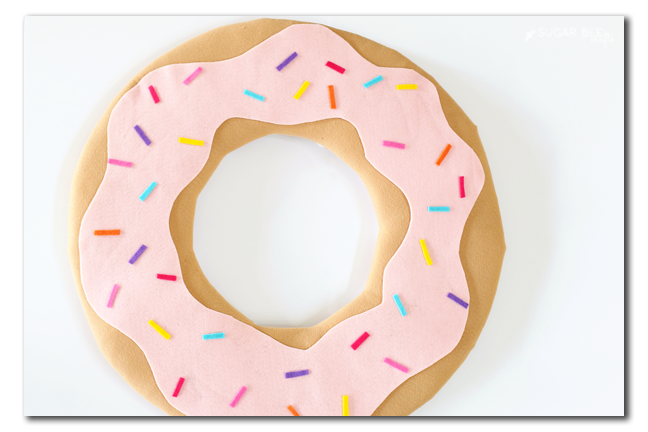 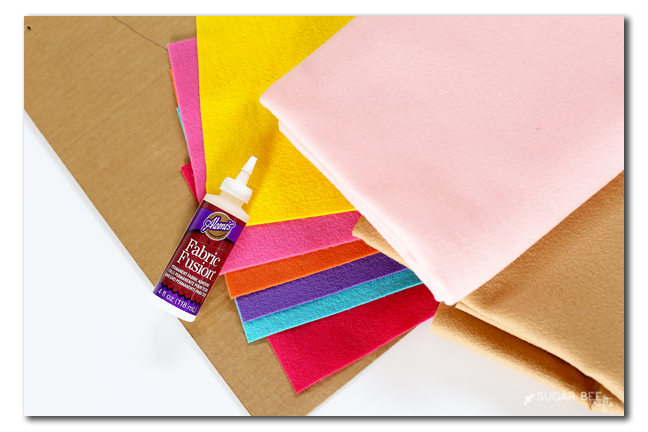 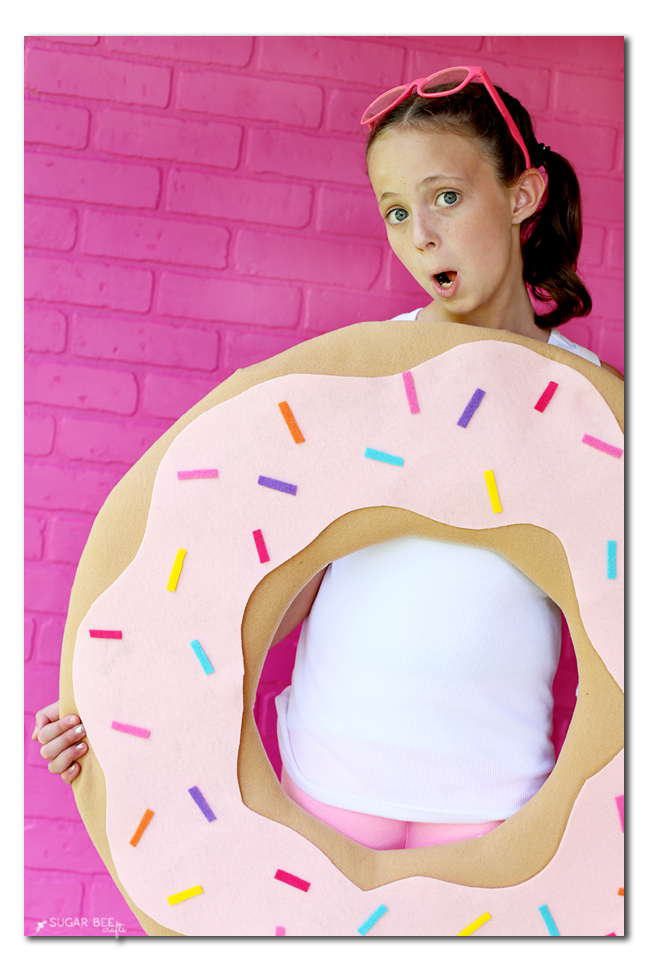 First, cut a circle out of your fabric.  To make a perfect circle, use a string half as long as you’d like your donut.  Tie one end to a nail and one end to a pencil.  Poke the nail into the center of the cardboard, and while holding the nail in place, pull the string tight and slowing draw with the pencil end to draw a circle, as shown.  Repeat for a smaller circle (the hole of the donut).  Cut along the lines using scissors. 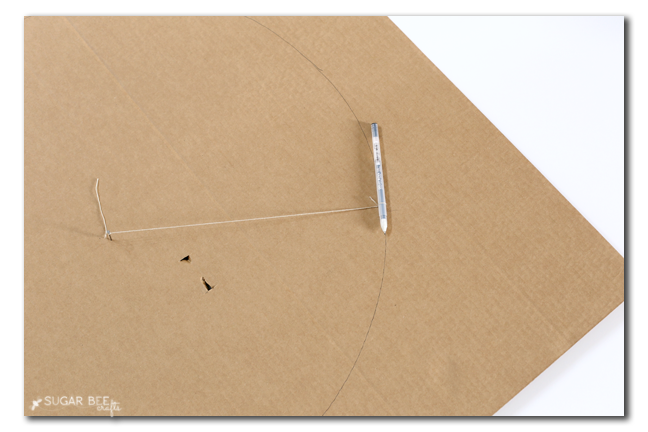 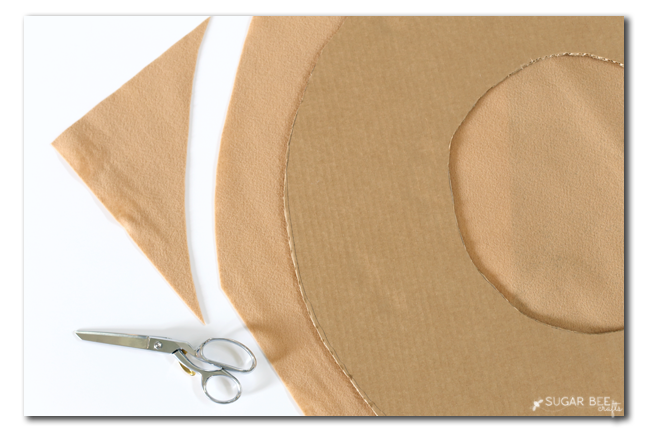 Wrap batting strips around the cardboard as shown. Place on top of brown felt. 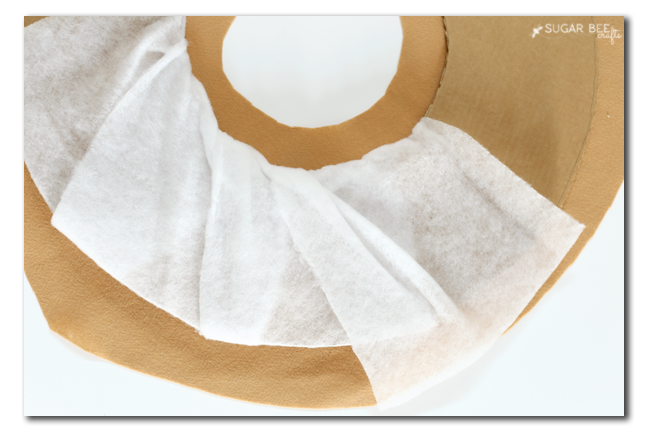 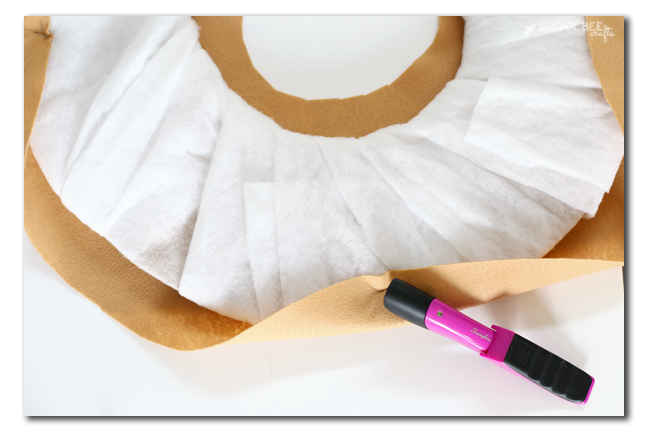 Continue moving around the edge, staping into place – you’ll need lots of tack-downs!  Repeat with donut hole in the same manner.  Optional: glue down another piece of brown felt to cover the batting and stapled area.

Flip donut over to the top side and glue pink frosting onto donut. 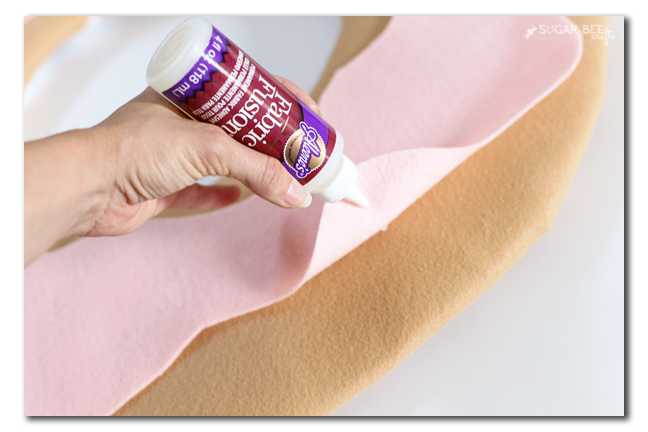 This is the fun part!  Cut felt sheets into strips and trim the strips into shorter rectangles, to resemble sprinkles. 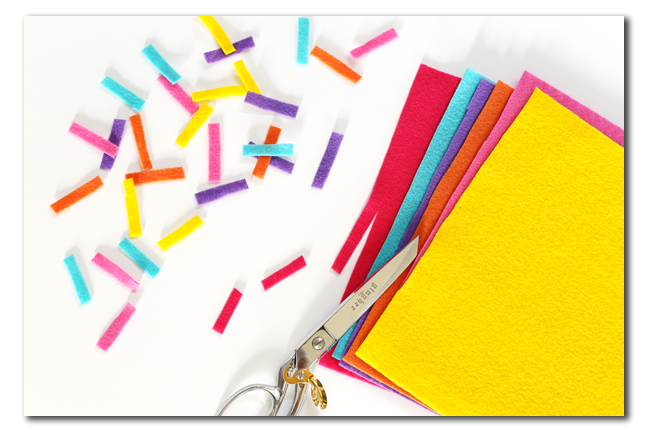 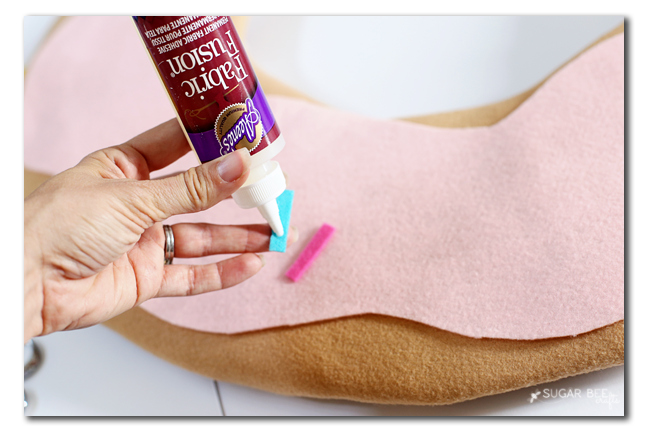 Attach ribbon or elastic to the back for arm straps to be able to wear the donut.
Voila!!  That’s all there is to it! 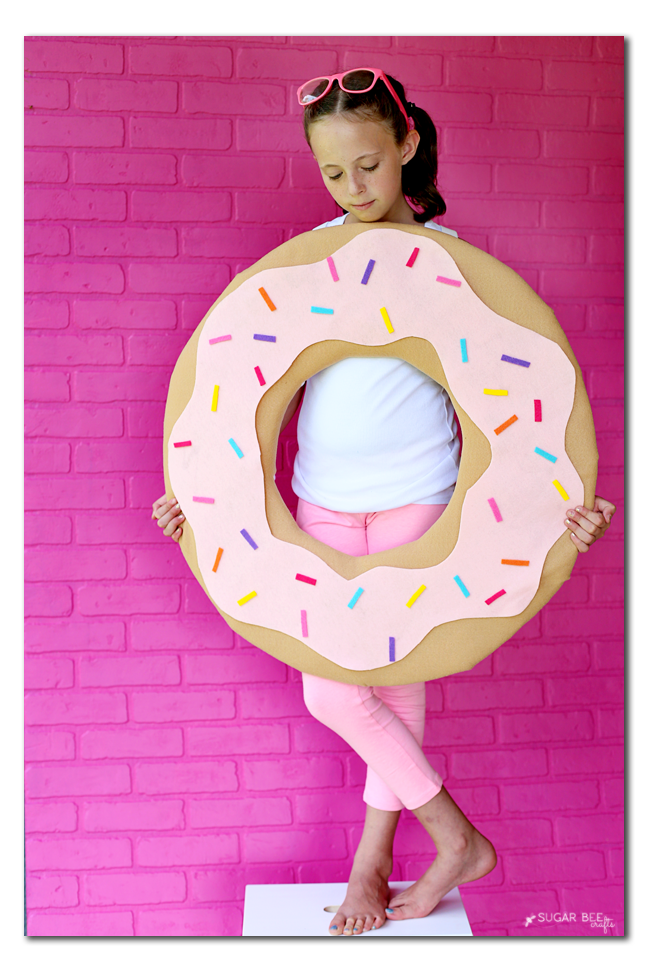