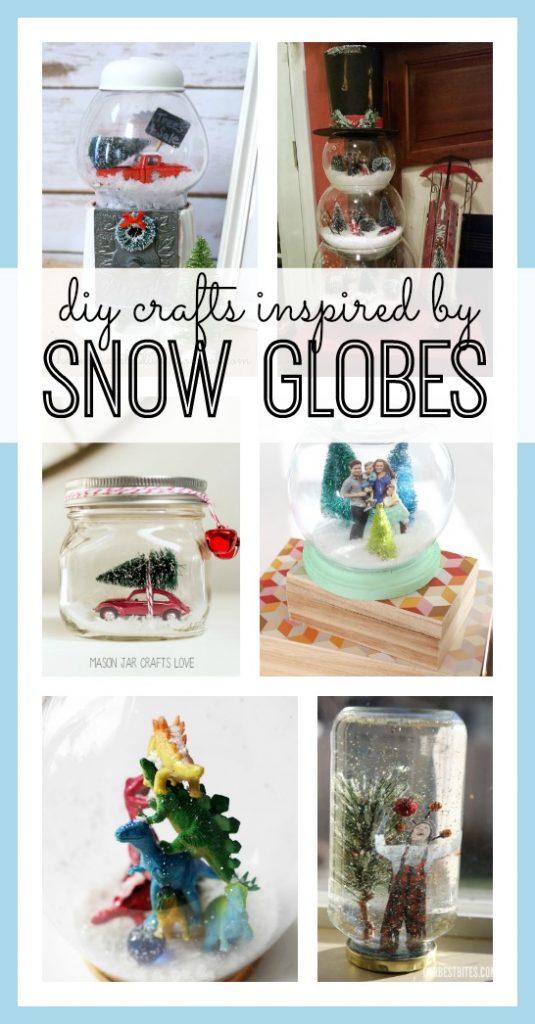 DIY snow globe crafts are right up my alley… I collect snow globes! So when I see these fun crafty versions based on one of my favorite collectibles… OF course I needed to do a round up! These are fun crafts to do with your kids, make as gifts, or just make for fun! There are so many great ideas here! Which one is your favorite?

These DIY snow globe crafts are so fun for the kiddos! From Crazy Little Projects 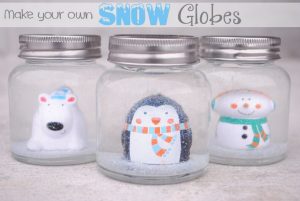 Craftaholics Anonymous has a great tutorial for these baby food jars! 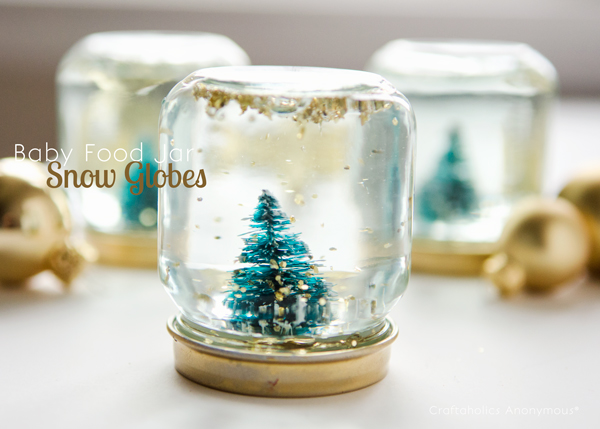 Make a mason jar snow globe! No liquid in this one! 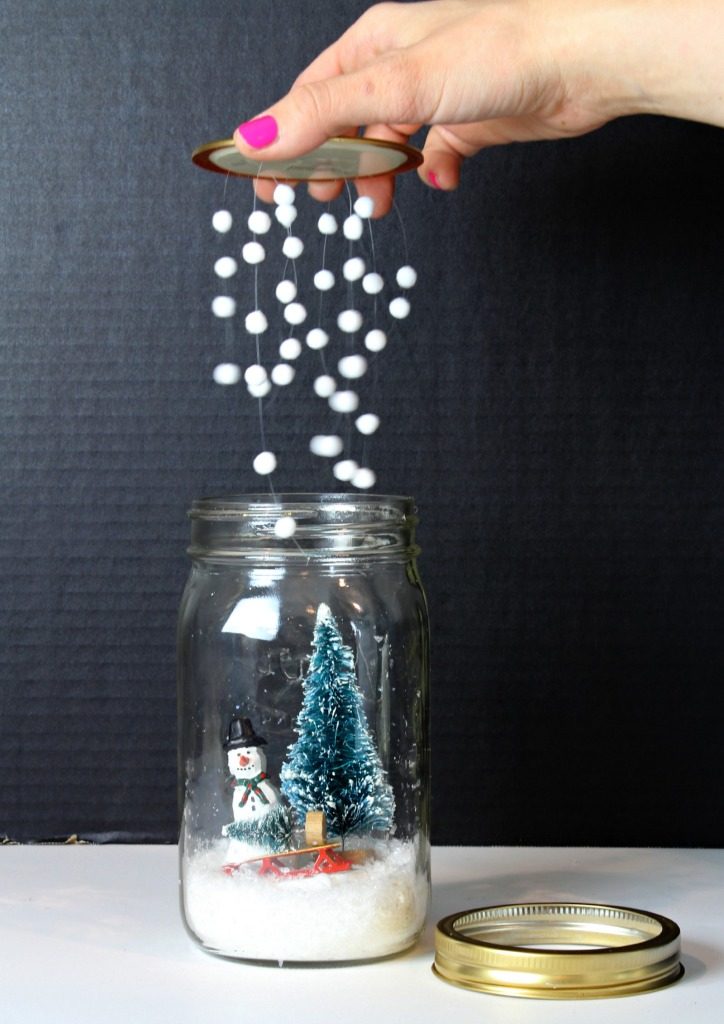 These DIY snow globe with glitterwould be a blast! 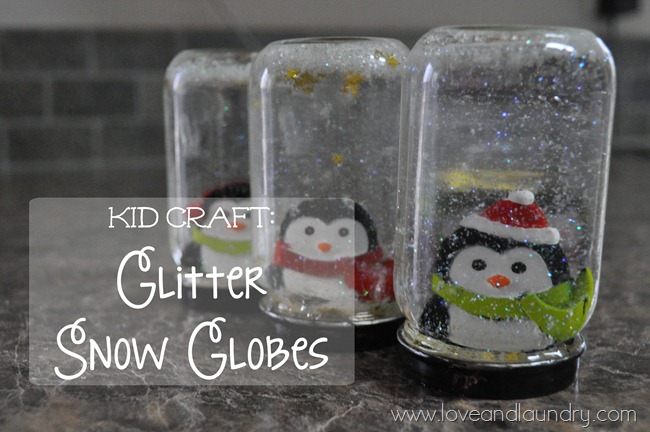 I love the circle globe on this one! From Sew Woodsy 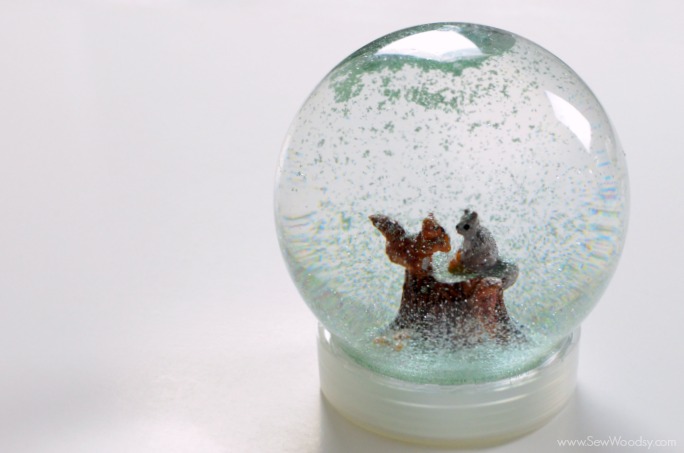 Add a picture for a fun spin on this DIY snow globe! 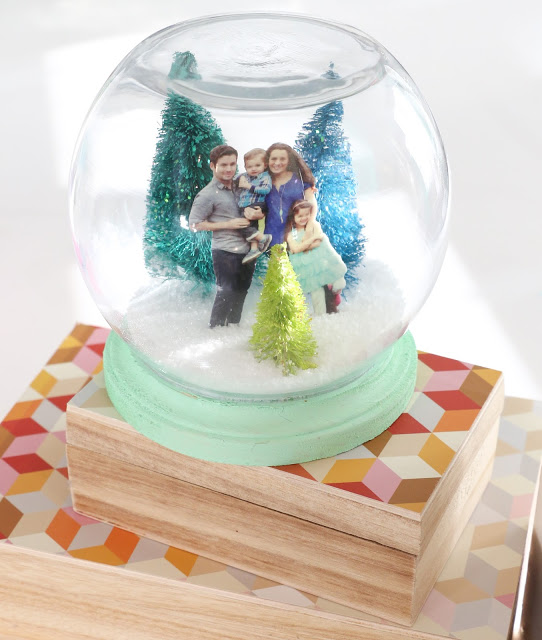 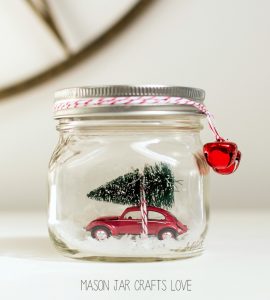 Make a Christmas light snow globe with this tutorial from No Biggie! 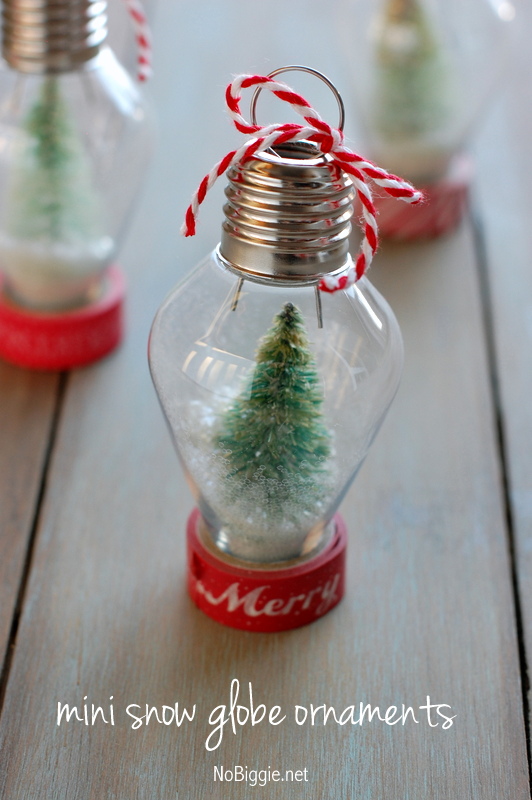 Your kids would love to see themselves trapped in a snow globe! 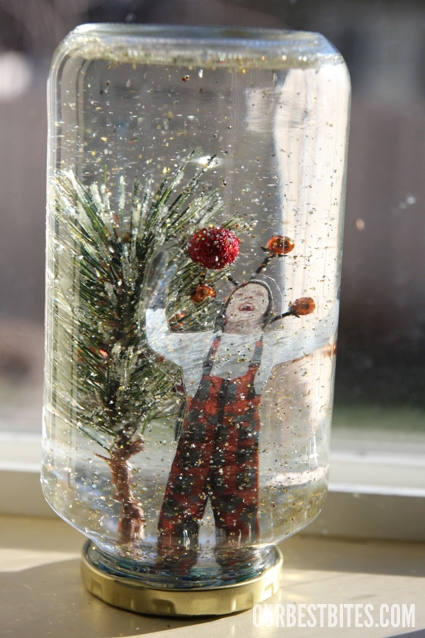 This plastic dinosaur one is so fun! 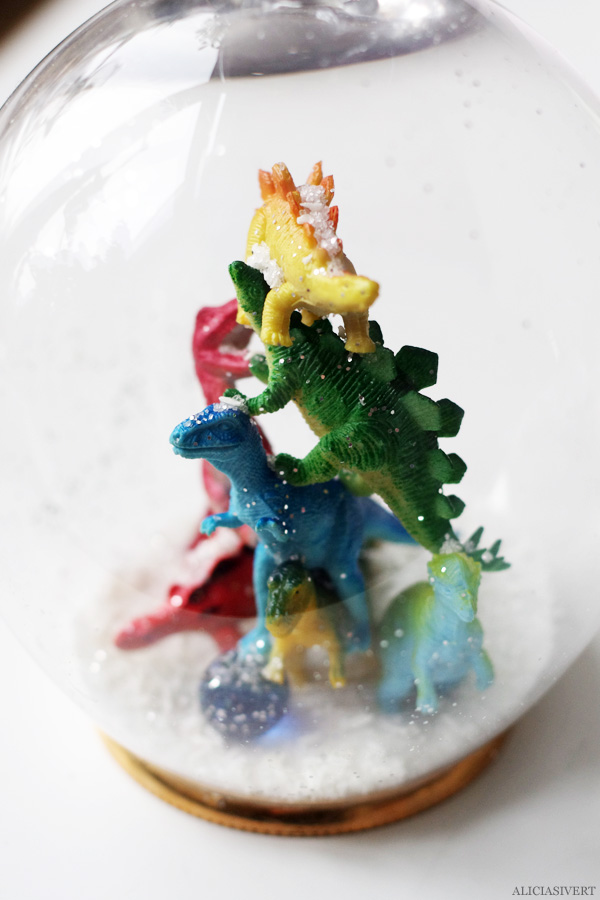 I love that she turned her gumball machine into a DIY snow globe! 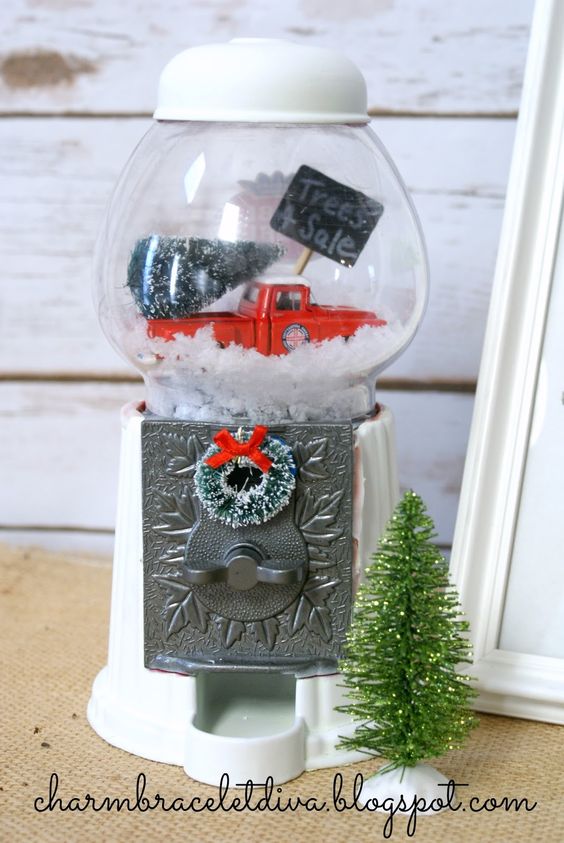 I love the idea of this fish bowl/snow man/ snow globe! 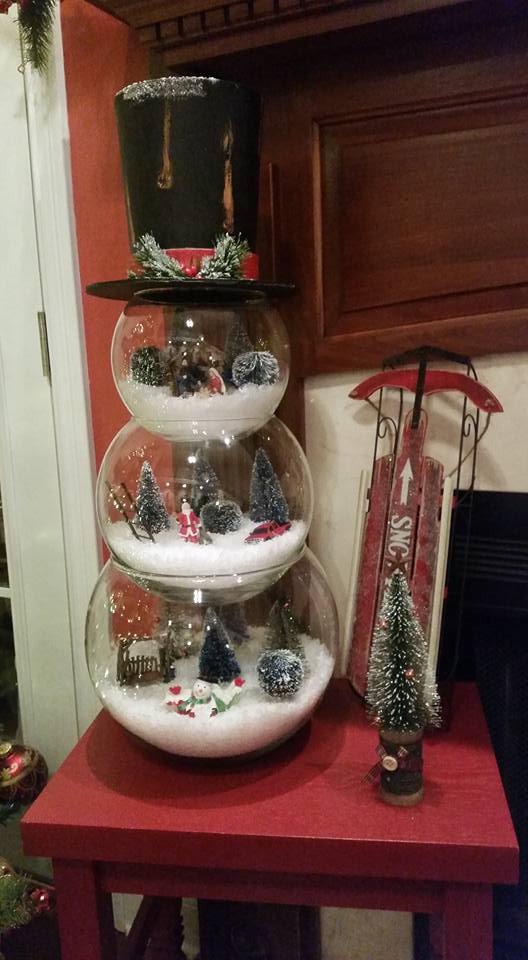 This little snow globe necklace would make a great gift! 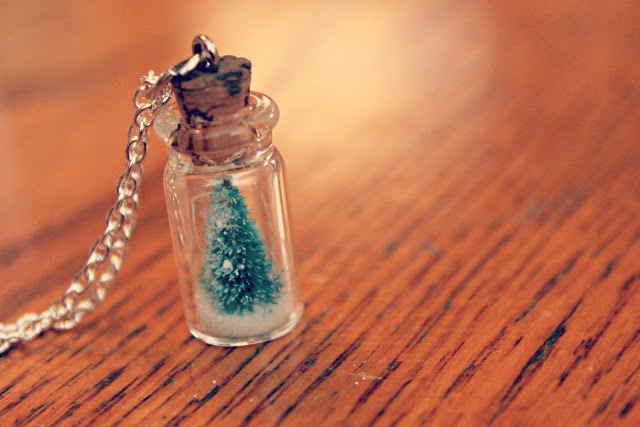 This is a very different snow globe… but a yummy one;) Try this snow globe cake! 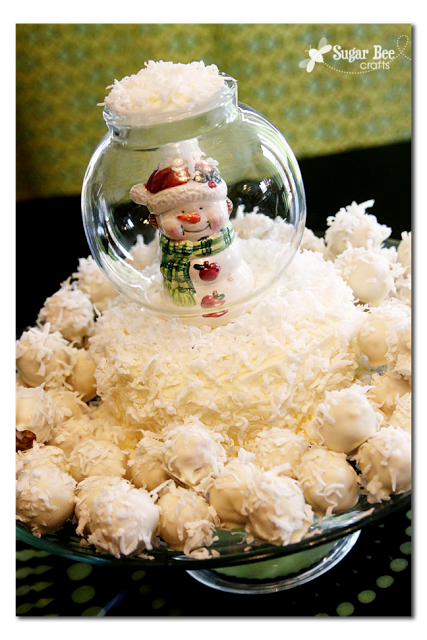