Home » fashion » WIWW – from the beginning

Who remembers when I started doing What I Wore Wednesday?? (it’s been over 2 years – that’s crazy!) – and I started it out with this outfit (also crazy), which was quite controversial: 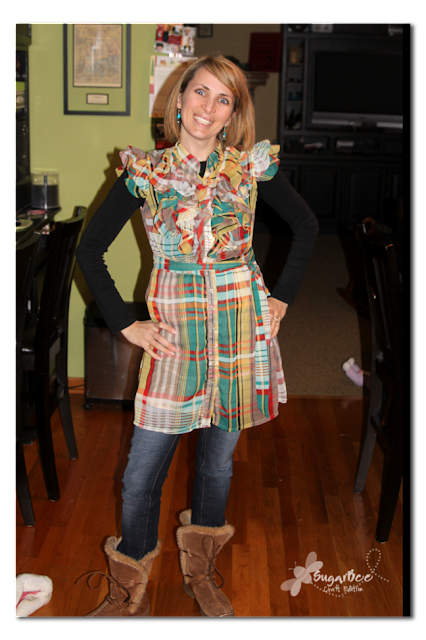 Everyone jumped right in and shared their opinions right away.  You can see it all on THIS POST, but one of the most memorable was:  “as for the outfit I say burn it ASAP” —See, my readers are awesome, just telling it like it is…

Anyways, for some reason I just couldn’t bring myself to get rid of it.  So I thought it was appropriate to bring it back, one year later – 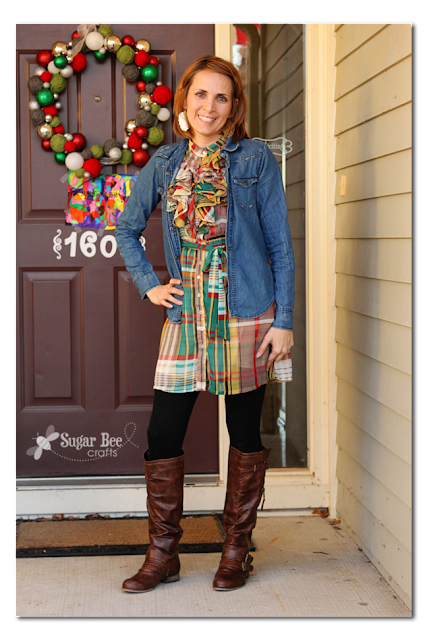 The reviews were mixed that time around – read comments HERE.  Some people were begging for me to get out the match for the burn party (including my mom!) and others liked the revamped version.  The best comment was from my aunt who said:

“Don’t burn it! I can’t wait until you do something new next year!”

And I thought, she’s right!  I need to come up with a new way to wear this controversial dress at the beginning of each year.  So when I clean out out my closet, it always made the cut, just so I could do another post in Jan 2013 about it.  And here we are! 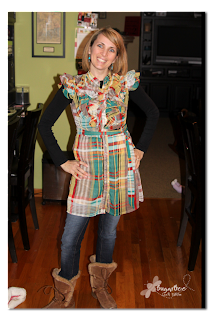 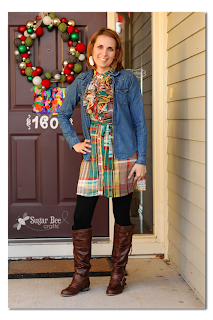 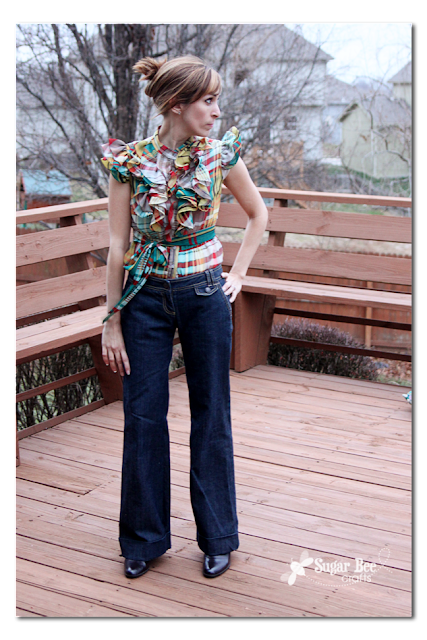 I mixed it up by wearing it as a top (sorry for the weird side-glance, but it was the only clear picture).  I ended up wearing a mustard-colored skinny belt with the outfit, but by the time I came down to retake a picture, it was already dark outside.
So, thoughts on wearing it as a top??  I thought it was a little bulky around my hips since I was tucking it in to pants, and the tie was in kind of a weird spot, but I just went with it.  I wore heeled boots with it.  It was a dressier look and I wore it out to a group dinner date on the Plaza: 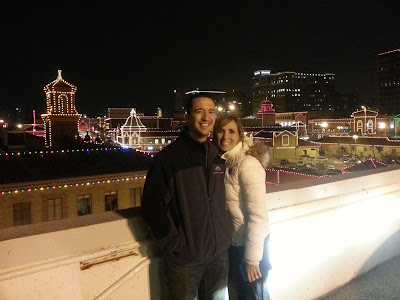 Random pic from my phone that make me look wrongly proportioned (huge head anyone?) 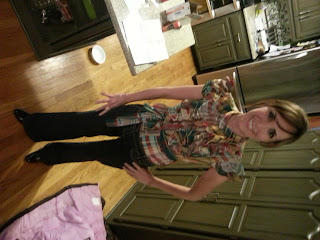 So let’s hear it – – thoughts this time around??  Ideas for what I should do next?