Are you just loving the Woodland vibe that’s out there in party and decor right now?  it’s so fun and I just love the rustic feel.  It’s a great theme for celebrations, parties, and even weddings – with that thought in mind I’ve made some Woodland Cupcake Wrappers and I just love them! 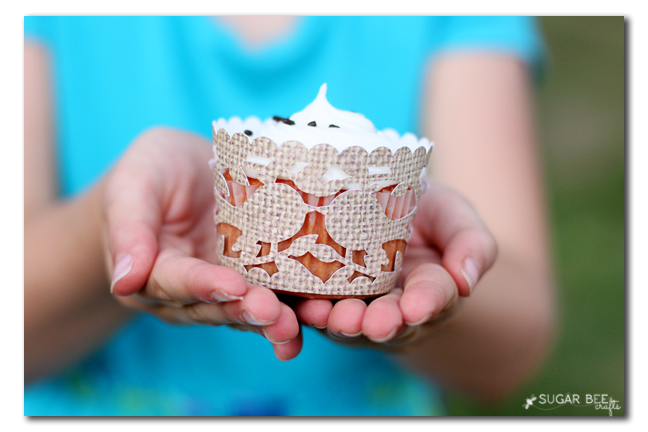 On display as a whole set, they really make a statement.  They take cupcakes to a whole new level, and they were super simple to make with my cutting machine: 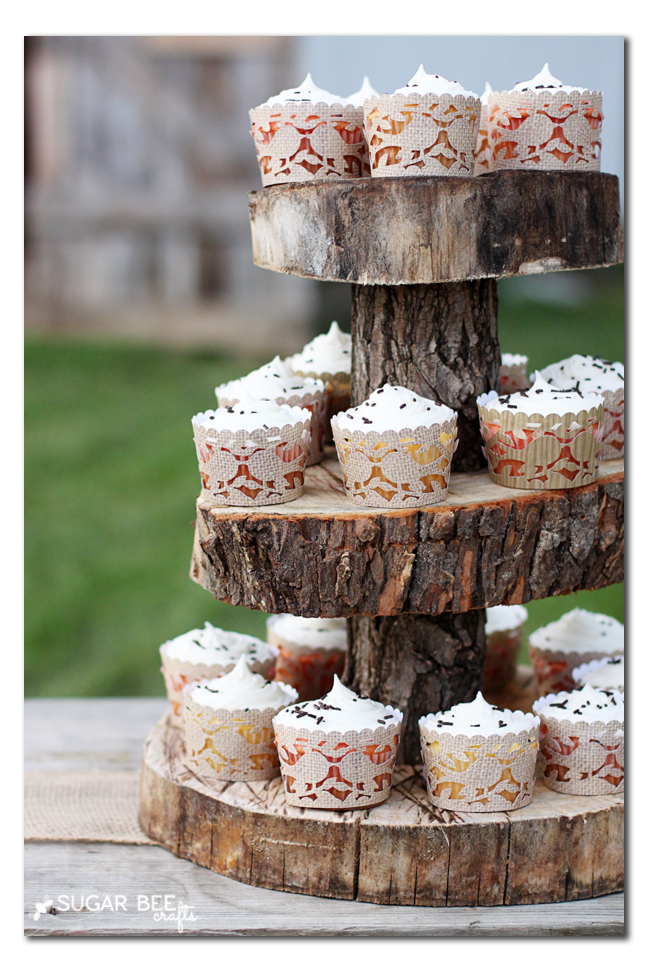 A lot of projects I do with my cutting machine I say that you could also attempt with hand cutting – this isn’t one of those!  The details are so intricate, and you want to make them over and over, so a machine for sure on this project.  I used my new Cricut Explore and it was super easy.  The design was actually an option right through their software – I just grabbed it and it was ready to cut.  It was that easy. 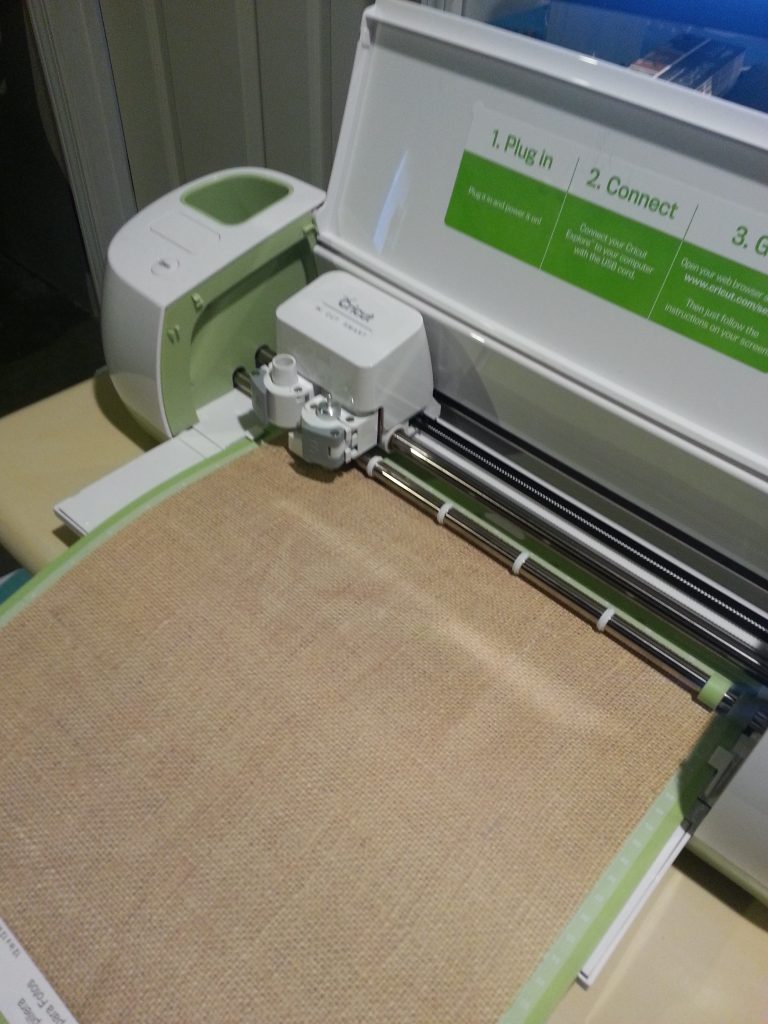 I used two types of paper, one with a wood grain and one that mimics burlap.  I thought both had a woodland feel and had depth and the illusion of texture, so they were a great choice.  As a flat shape, cupcake wrappers look like a crescent shape: 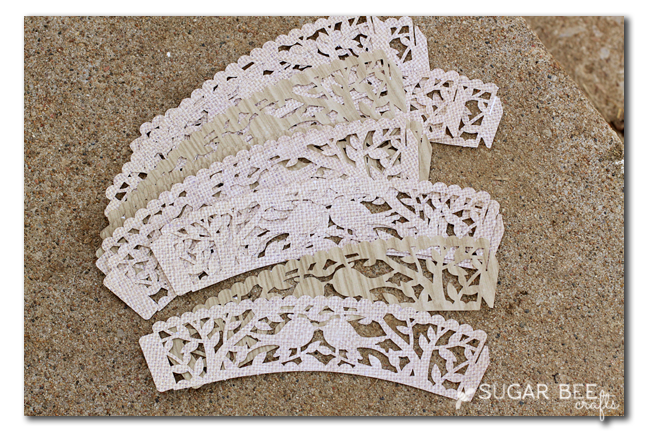 You simply take one end that’s a “hook” and slide it into a precut slit on the other end – this is how you assemble the wrapper.  It’s best to put your cupcakes in their wrappers BEFORE you put the icing on – trying to slide a cupcake topped with icing into a wrapper would be tricky! 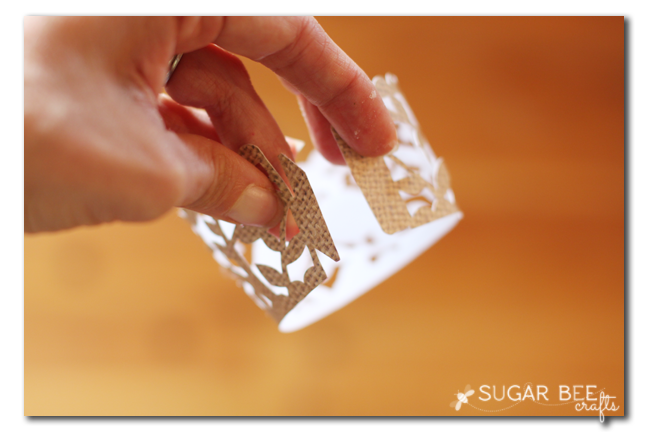 I really love how a simple project like this can make such an impact! 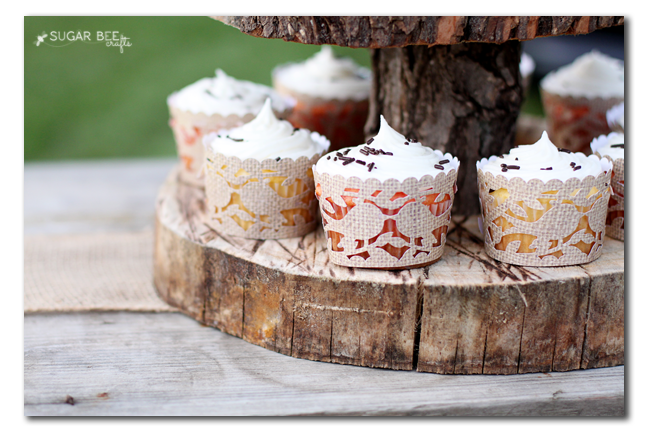 I think you could build a whole party-scape around these fun cupcake liner wrappers! 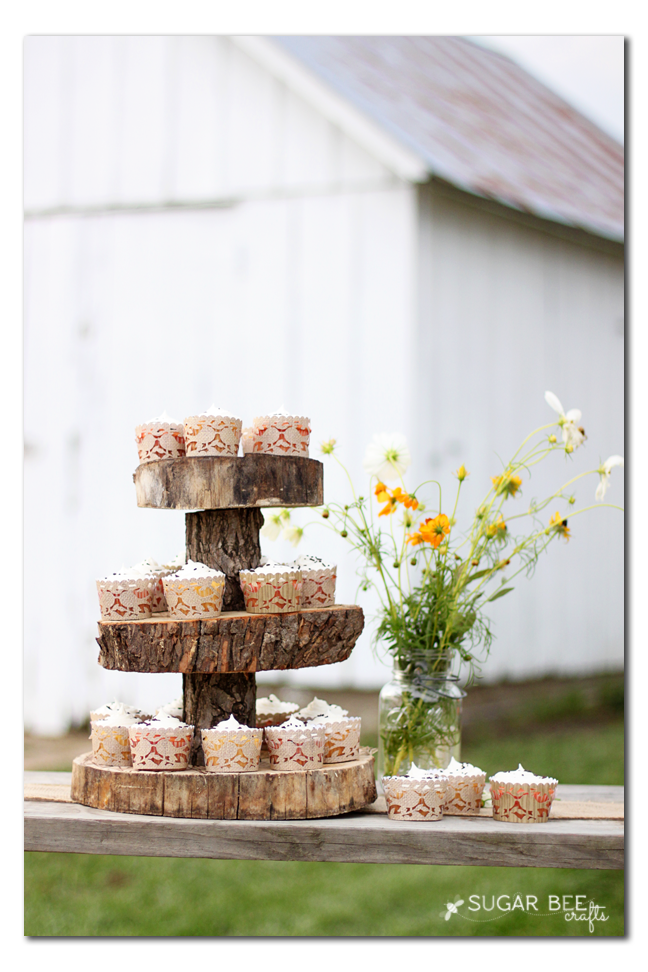 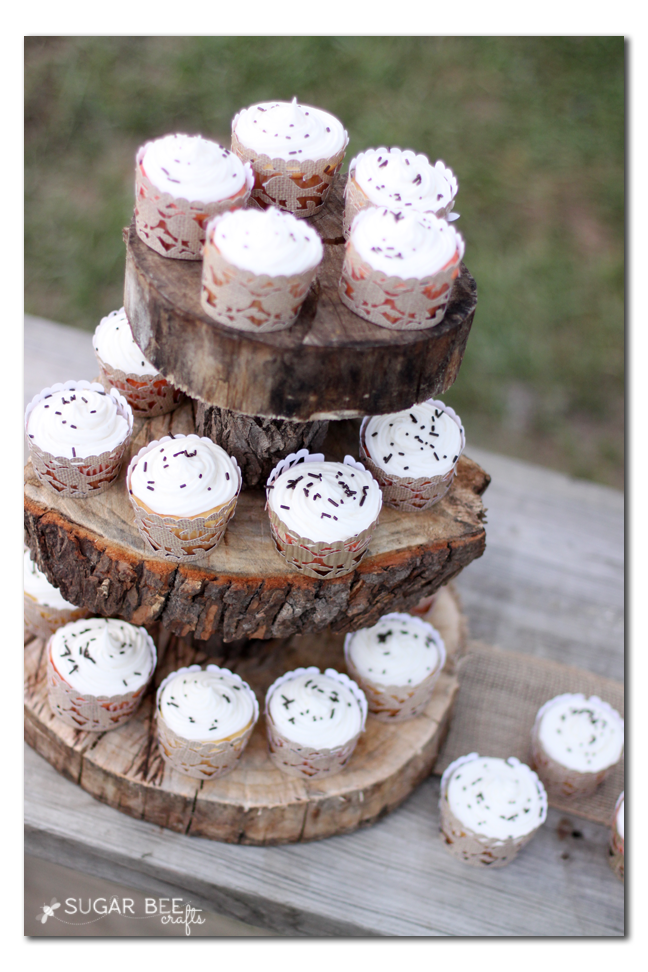 If you’re wondering about the tiered rustic cupcake stand, we made that too and I have a full tutorial on it as well, here. 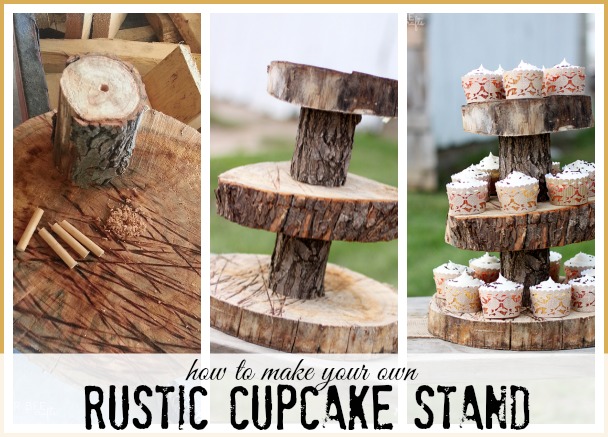 And in other news, as I set up in the driveway (where the light was the best) to take pictures for you, I wonder if the new neighbors think a bunch of crazies moved in… 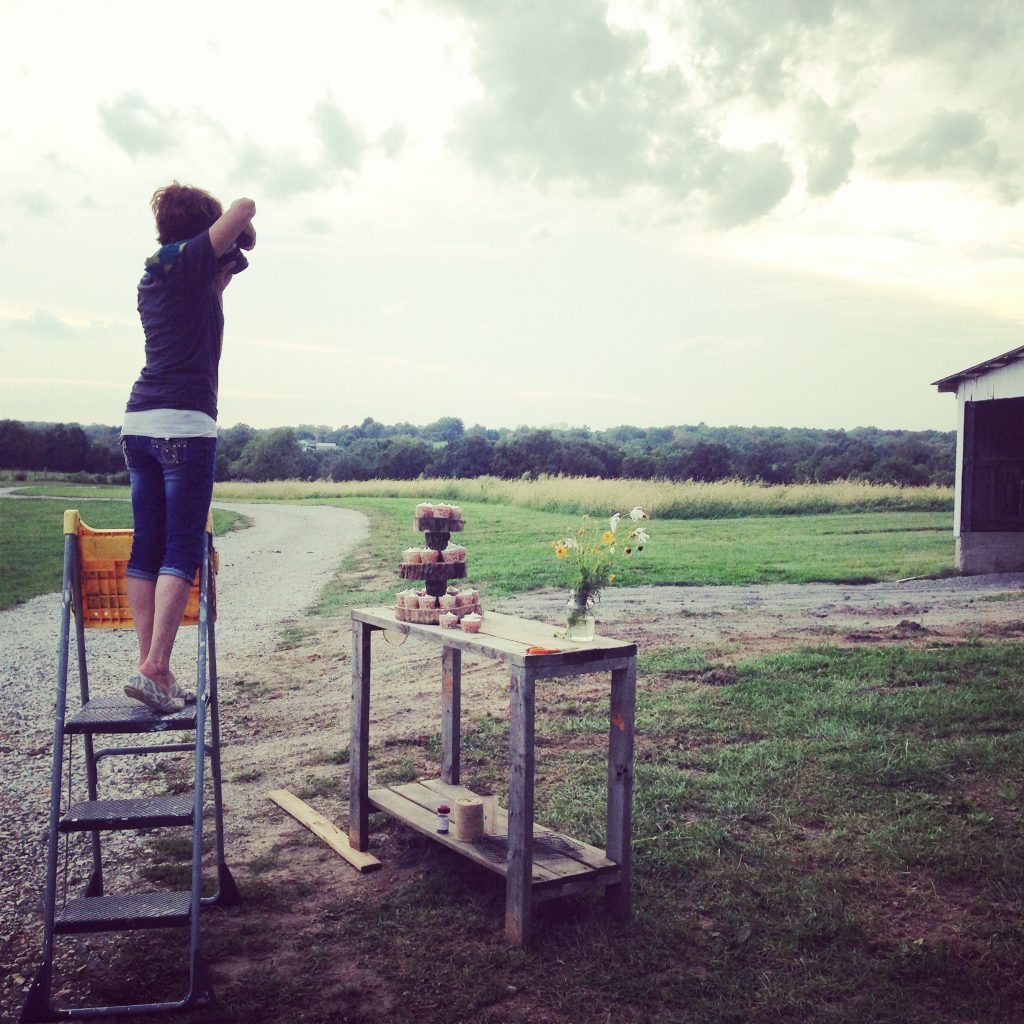 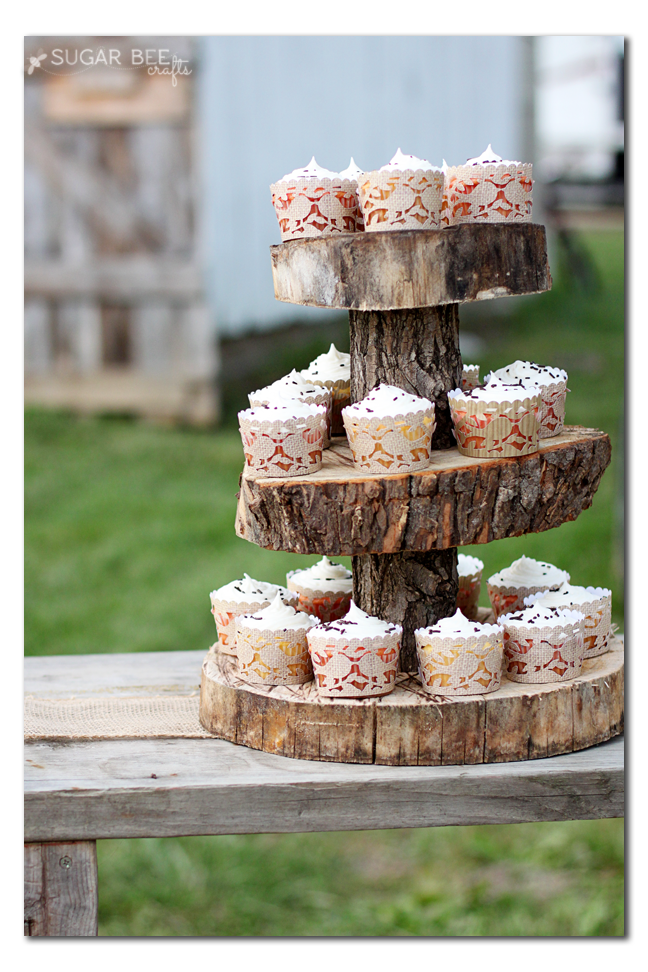 It’s time your creativity pays off so you can really make it.  Cricut has just announced the second phase of the Cricut – I Made It! contest and this time they’re awarding one winner their own Make it Now™ project line to be sold in Cricut Design Space™! 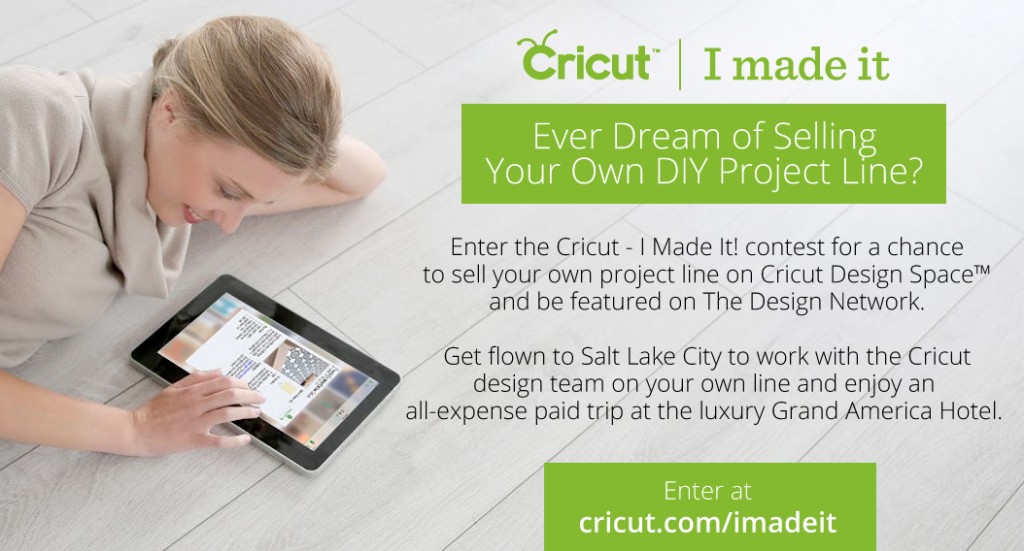 To help create your line, Cricut will fly you to their headquarters in Salt Lake City to work side-by-side with their design team.  Then you and a guest will enjoy an all-expense paid stay at the Grand America Hotel – a luxury resort in Salt Lake City, home to the best skiing in the world.  The winner will be featured on Cricut.com and every time a Cricut user purchases your project, you’ll earn money.  Cha-ching! Cricut will even help with your publicity.

Cricut has partnered with the The Design Network – a premier online design channel – to showcase the Cricut- I Made It! winner this fall. You’ll get a spotlight feature on a network dedicated to celebrating great designers and their creative star power.Cricut’s judges, including DIY Diva Alison Deyette and two creative directors from Cricut, will pick 50 finalists from the best project entries based on creativity, use of materials and technique.  Who will pick the ultimate winner? You, the public, will vote online in October.

To enter the Cricut – I Made It! contest, all you need is a photo of an original project. You can upload up to five photos (which can be five individual projects or multiple photos of one project).  You have until September 30th to enter.  What are you waiting for? It’s time you Made It big! Head to cricut.com to enter today.

Check out all of the projects from Cricut Design Space Star Team 10 – Celebrations/Wedding theme, Woodland Into the Woods: 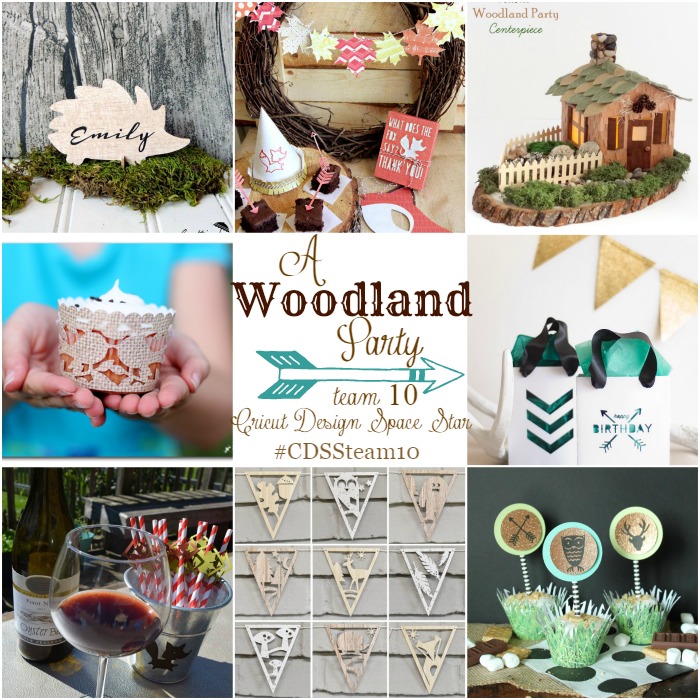 Hedgehog Place Cards by Crafting in the Rain

What Does the Fox Say Party by Sweet Rose Studio