Hey everyone! Shannah, from Just Us Four, here to help you wave goodbye to February! I am so ready for winter to be over and to starts seeing a little more sunshine. We still have a little more time to endure the colder weather and, while it would be awesome to go hunt a certain groundhog to make him pay for this extra winter weather, how about we stick to delicious bacon jack hasselback bread instead? 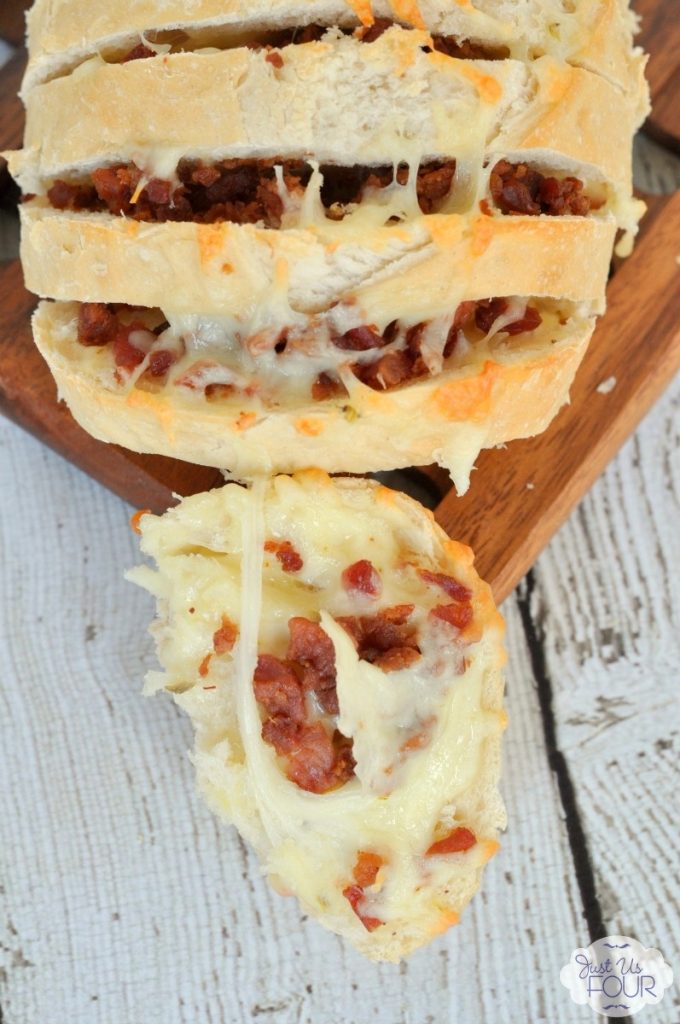 Before I give you the ridiculously easy recipe, I am going to warn you that this bread is totally addictive. You will find yourself making it for every party, potluck and snack. I mean how can you go wrong with cheese, bread and bacon?!

2) Make horizontal slices across the bread in one increments from each other. Place the bread on the prepared pan. Spread open  the bread to widen the cuts and stuff with cheese and bacon.

3) Bake in preheated oven for 10 minutes or until cheese is fully melted. Pull off pieces and enjoy. 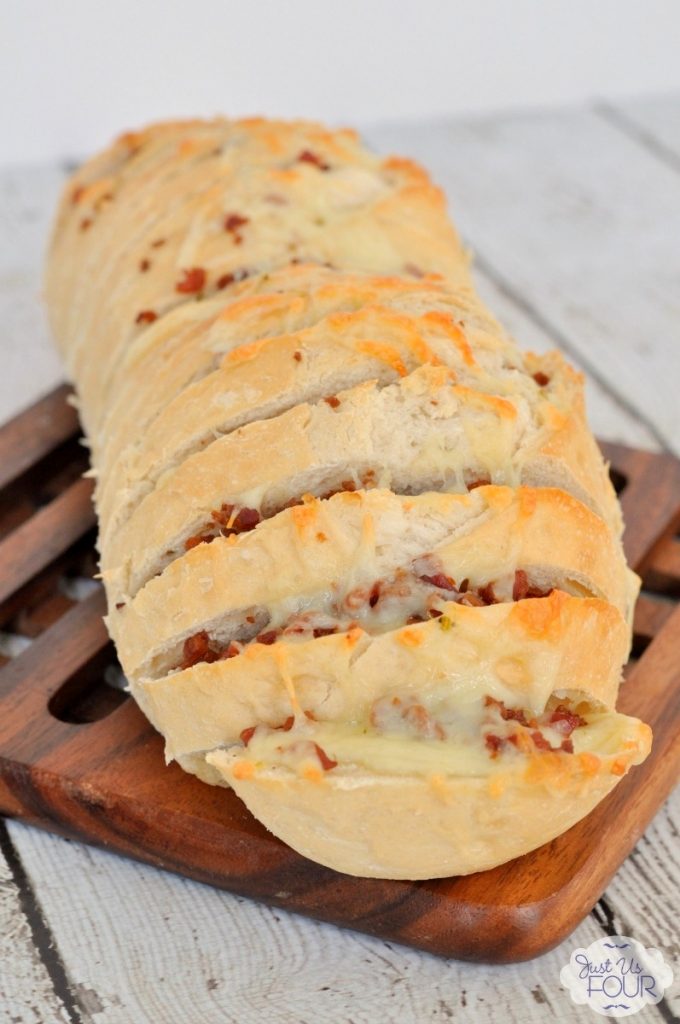 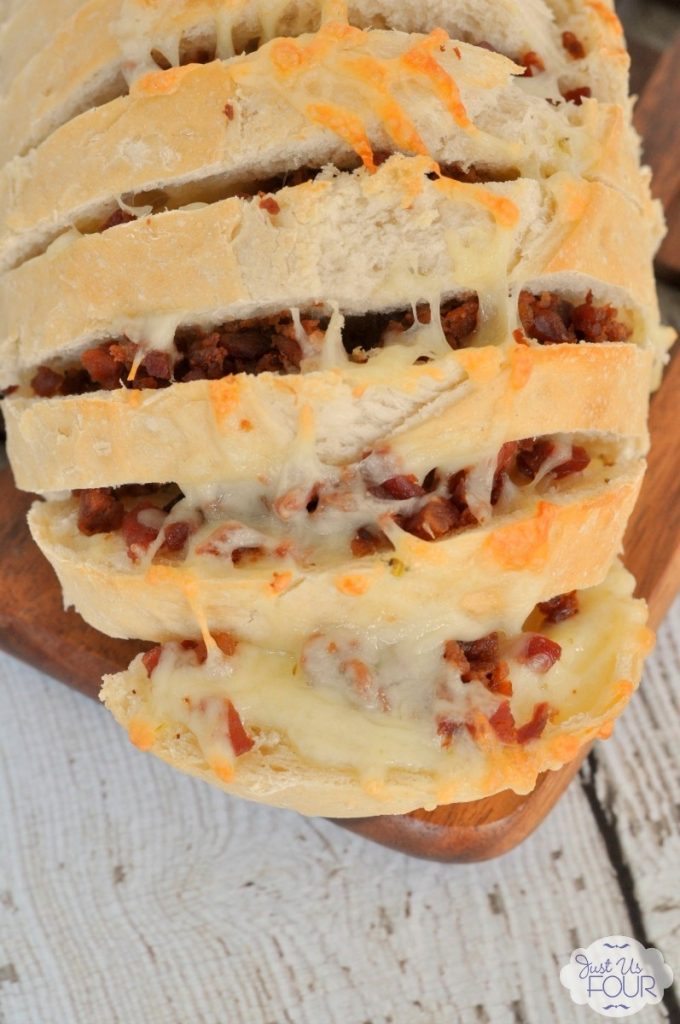 This could easily be changed to include different cheese and meats. For now, we are totally happy with the slightly spicy pepperjack combine with the crispy bacon.

If you are looking for other super easy recipes, be sure to stop by Just Us Four and check these out: 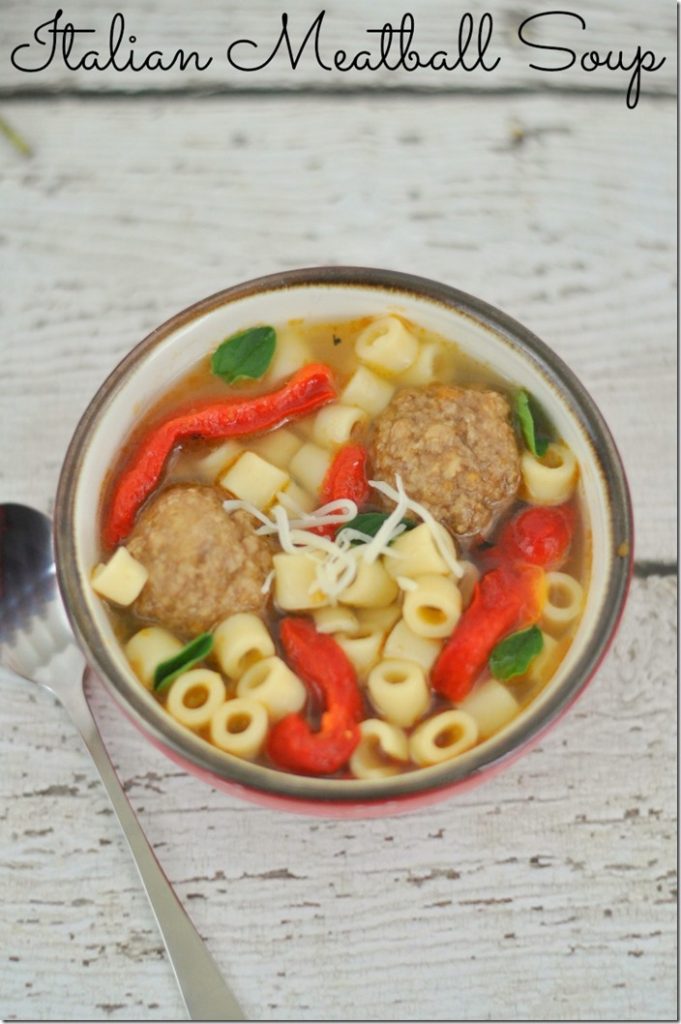 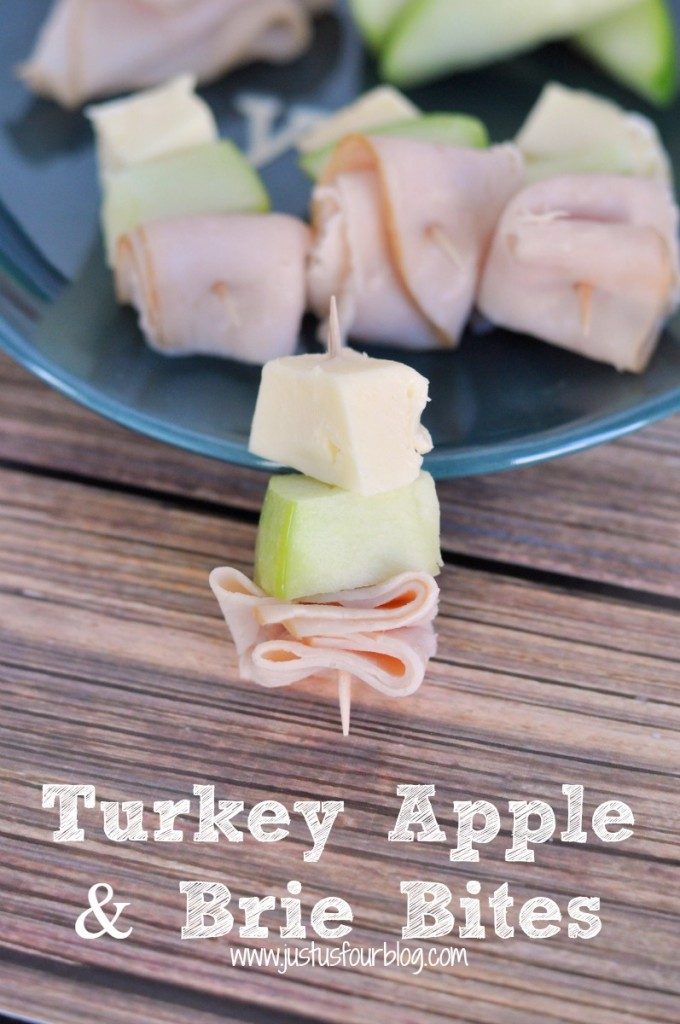