2shares
Hi there! I am Shannah from Just Us Four and I am so happy to be back this month to share another recipe with Mandy’s awesome readers!  This month, our weather has turned warmer so we are grilling a lot more!  I wanted to break out of our chicken routine and decided to make pork chops instead.  A little bit of red pepper jelly gives them a ton of flavor and makes them so delicious. 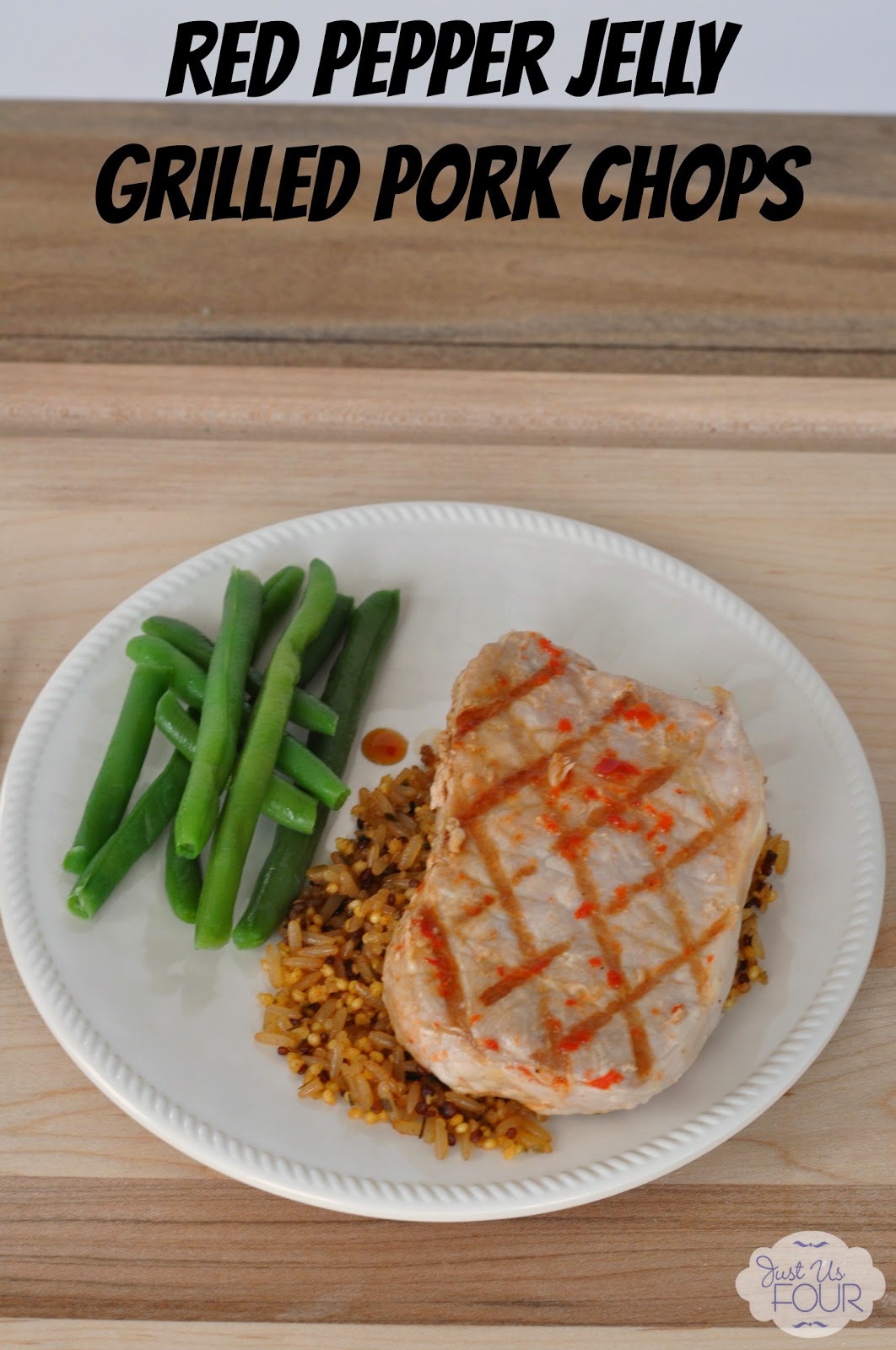 One thing I love about cooking on the grill is how easy it is and that it leaves almost no clean up! I’ve been known to grill out in the snow but warmer weather definitely makes it much better.
What You’ll Need:
4 boneless pork chops
1 cup red pepper jelly
Salt and Pepper to taste
Let’s Make It:
1)  Heat grill or grill pan to medium heat.  Oil grates or spray with high heat nonstick cooking spray.
2)  Heat red pepper jelly over medium heat in small saucepan.  Stir until liquified.  Remove from heat.
3)  Season pork chops with salt and pepper.  Brush with red pepper jelly and place on grill.  Grill about 5 minutes on each side until done, brushing with red pepper jelly throughout cooking.
4)  Let pork chops rest for 5 minutes before serving. 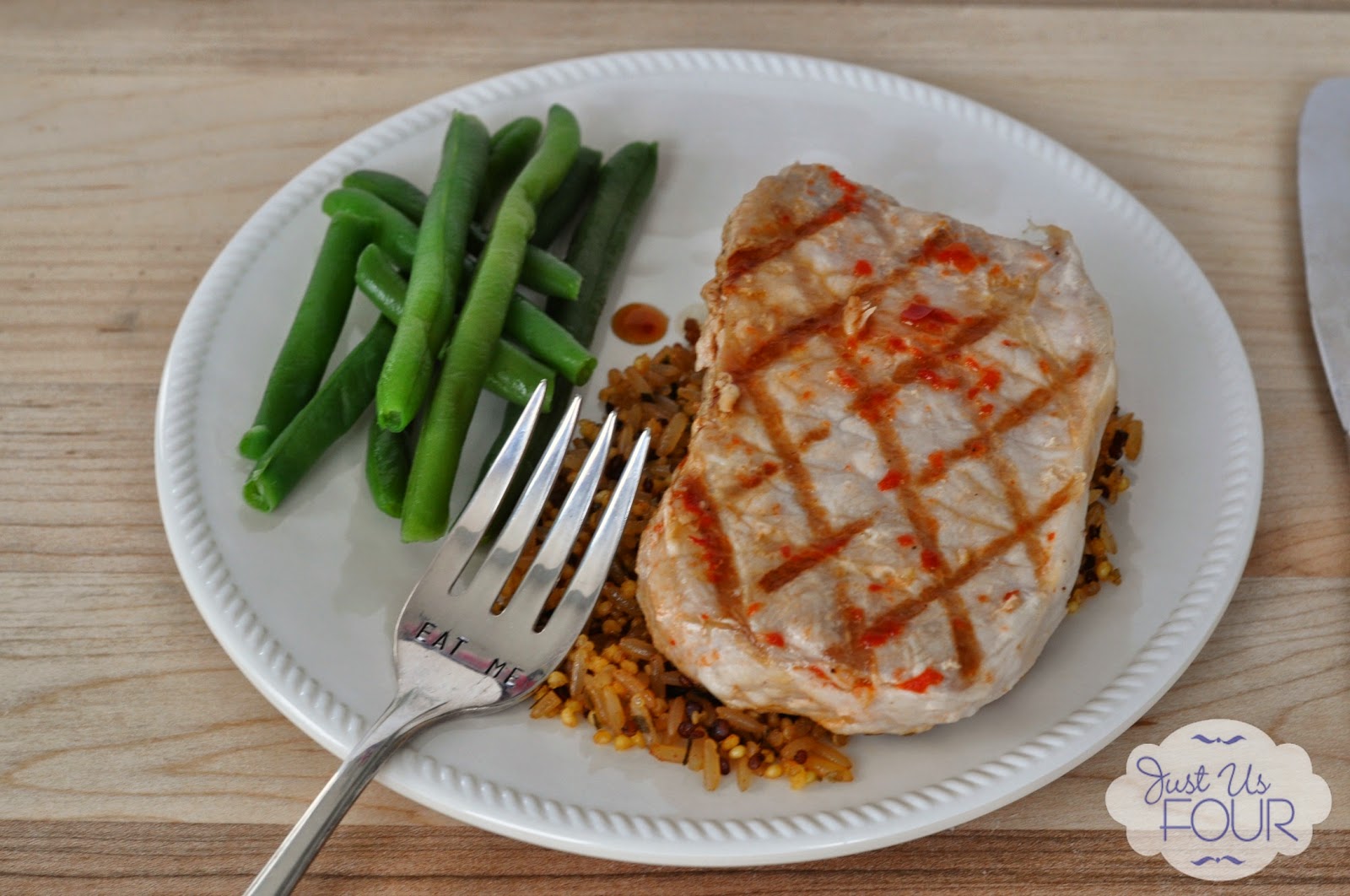 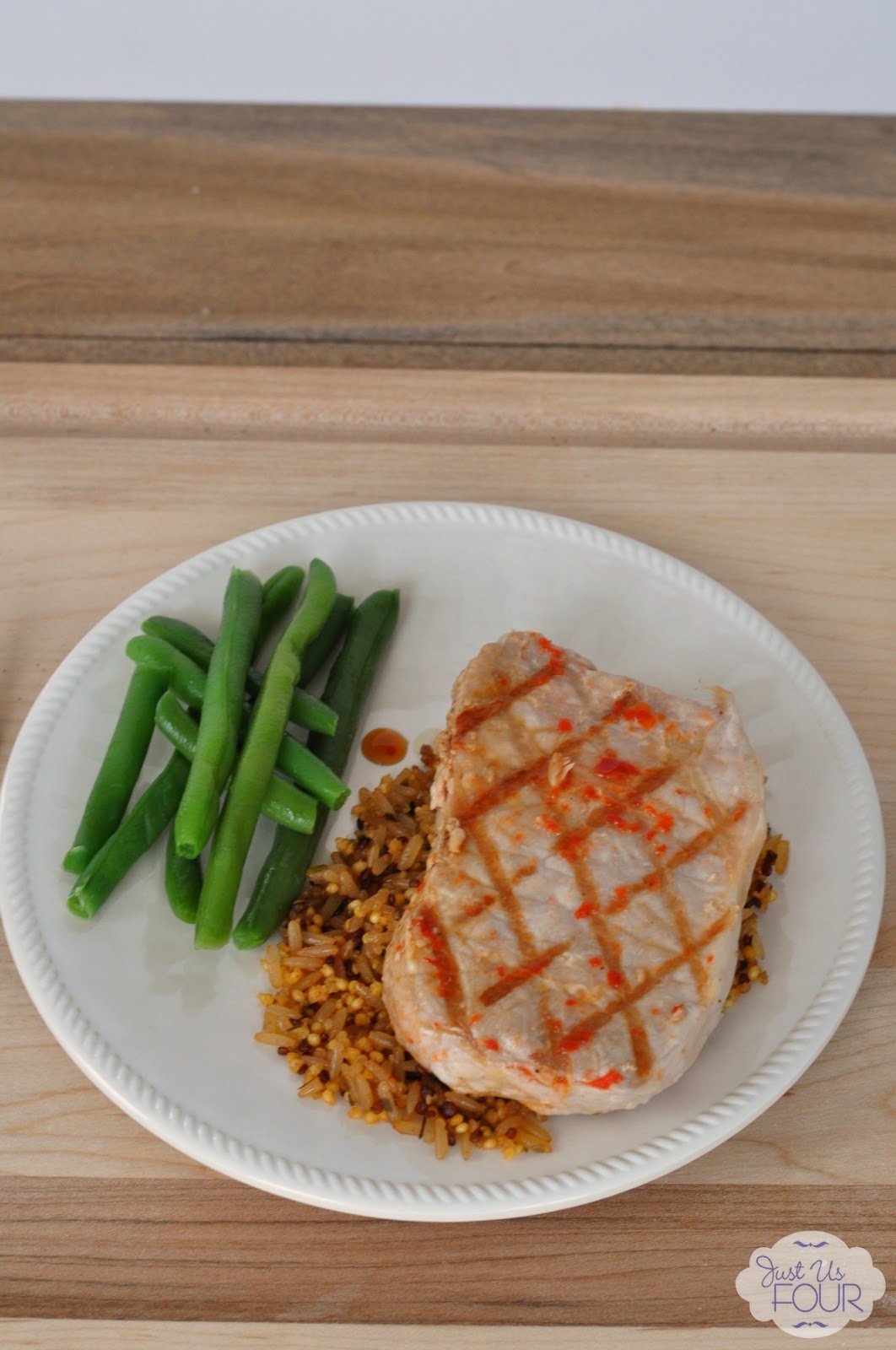 Four ingredients and less than 30 minutes until this done makes it the perfect Spring and Summer meal!  If you are looking for more recipe ideas for the grill, be sure to check out my Teriyaki Chicken Kabobs, Yogurt Marinated Chicken Kabobs and Kalbi Flank Steak Sandwiches.
See you next month where we can gather around the table again.
Thanks for checking out this post from www.SugarBeeCrafts.com – – click on over to read it in its entirety – you’ll love it!