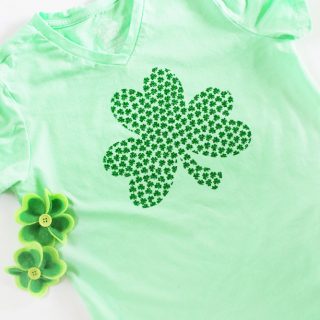 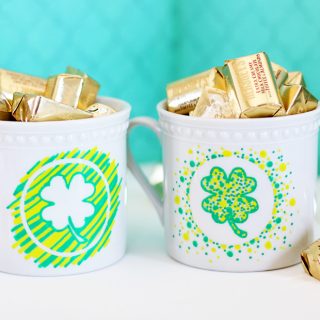 Hi guys!  Shannah, from Just Us Four, back again to share a new recipe with you 🙂

So, New Year’s Eve is fast approaching!  Do you have plans?  My husband and I always spend New Year’s Eve at our friends house for a potluck style party.  It starts later in the evening so a full on dinner isn’t served. For some people, I know hors d’oeuvres tend to present the biggest problem for what to make.  Don’t worry, I’m here to give you a super easy recipe that is a crowd pleaser. 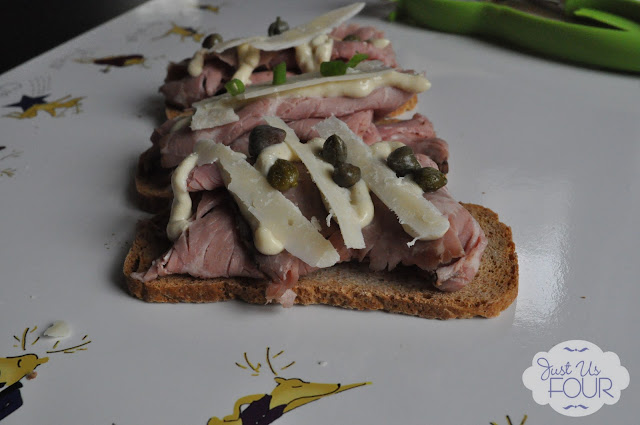 Let’s Make It:
1)  If you are cooking your meat vs. buying it pre-cooked, take your meat and sprinkle with salt and pepper.  Then, place 2 sprigs of thyme on each side.  Wrap tightly in plastic wrap and refrigerate overnight.

2)  Heat large skillet coated with cooking spray  over medium-high heat.  Remove thyme sprigs from meat.  Add to pan and cook about 8 minutes on each side or until meat reaches desired doneness {I prefer medium}.  Let rest for 15 minutes.

3)  Prepare the sauce by combining sour cream, mustard, tarragon and horseradish in a bowl.  Stir to combine.  Transfer to a squirt bottle if available. 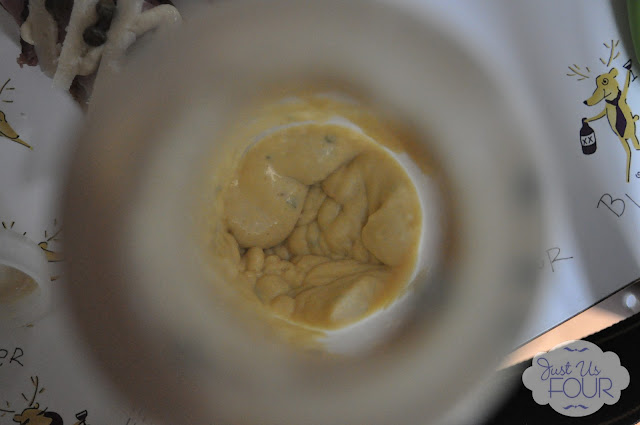 4)  Once meat has rested, slice thinly and place on top of slices of baguette or melba toast. 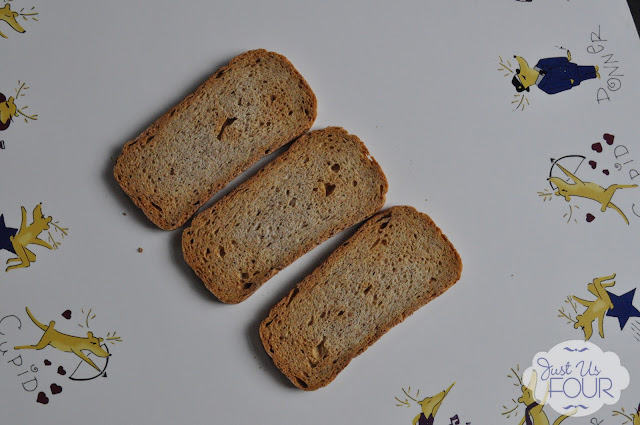 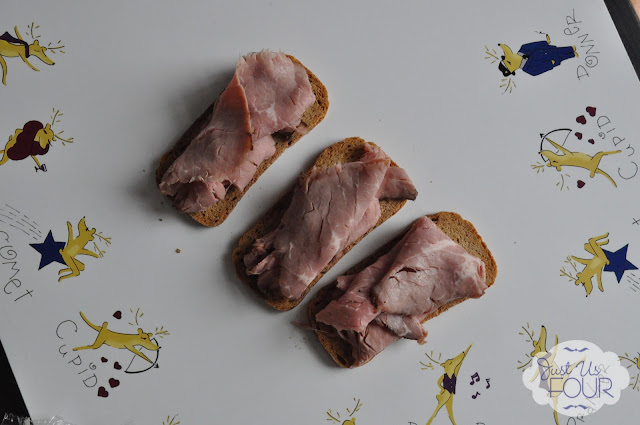 Squeeze horseradish sauce over the top of the meat and add a slice of Parmesan {I use a vegetable peeler to get mine off the chunk}. 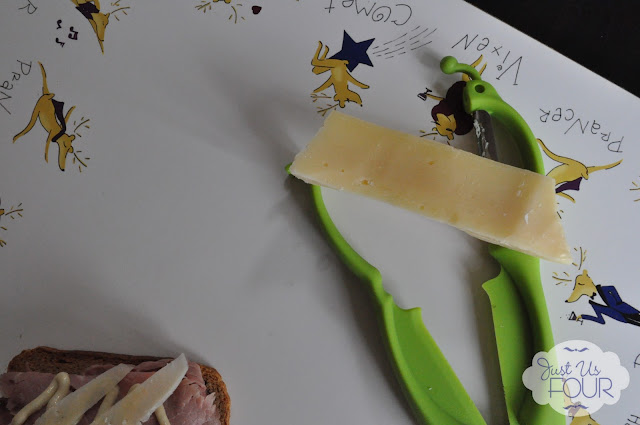 Top with capers and or fresh chives and serve. 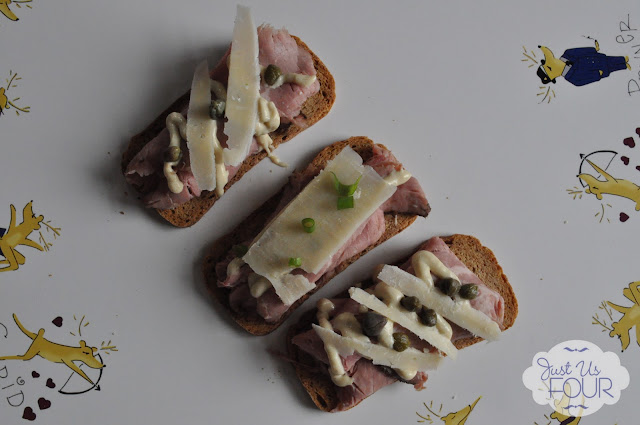 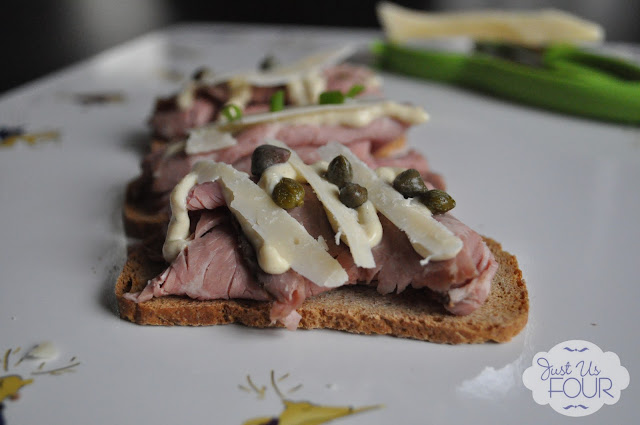 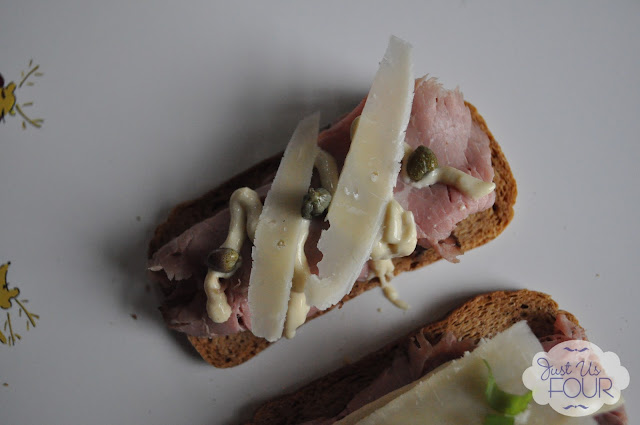 These are totally awesome for parties because the components can be made in advance and assembled before the party.  Plus, they are served at room temperature so no worries about heating things up once you arrive!