Want to know when I made this sign – – end of August.  Yep.  I made it, LOVE it, and just wanted it to be hung in it’s spot so I could take a picture of it in my stairwell for you.  Well, it’s still sitting on the porch – our stairwell is really high, so hanging a really heavy pallet sign up is quite the ordeal.  So I thought it’s about time I shared it with you anyway…. So first off, pallet projects are everywhere – and I love them.  This was obviously inspired by this sign from
CornerHouseBlog (which, by the way, I met Laura at SNAP and heard all about a baptism dress she was  making – and she just posted it – so cute!!) 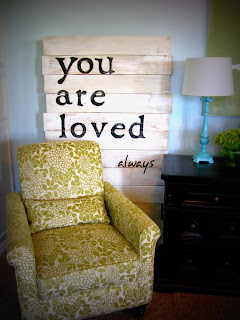 Anyways, I pinned this when I first was on Pinterest – LOVED it.  And then a pallet came my way so I knew I wanted to attempt the sign.
Let me tell you what I learned – never try to take a pallet apart!!  That was the most work I’ve ever done in my life!!  A hammer and crowbar were involved and I was sweaty and weak-muscled.  I was sore the next day!  Those things aren’t meant to be taken apart! 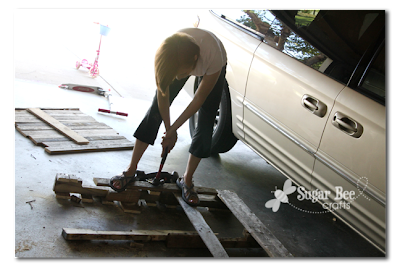 But I wasn’t giving up, so I busted out a rotary saw, and cut it apart instead.  Which sent my preschooler into a whole slew of questions like “did Dad say you could use that?” and “do you know how to do that?” 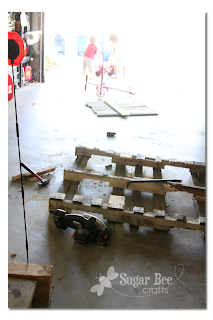 So after all that, I laid out the boards and needed a way to hold them together.  Obviously I’m not great with a hammer – look how many nails I bent!  So I gave up and tried screws. 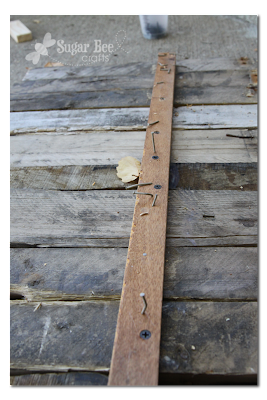 I used several scraps of wood – none spanned the whole length of all the boards.  I was about done with the mess but Trevor fixed it for me – here’s the back after he helped (I think he might have pulled some of the ones I attached off….): 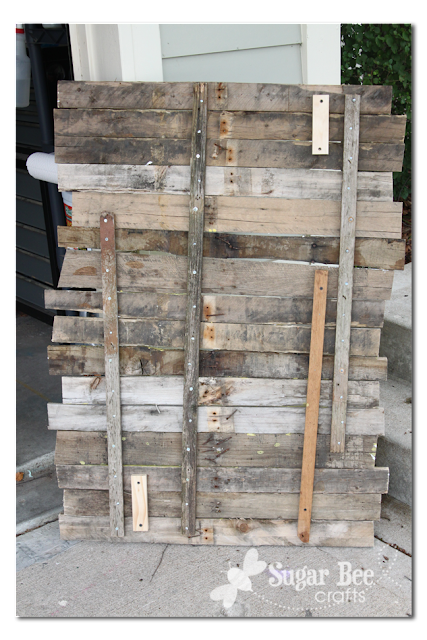 So, back in business. I painted over it white.  Then I put down the words that I had cut out of contact paper. 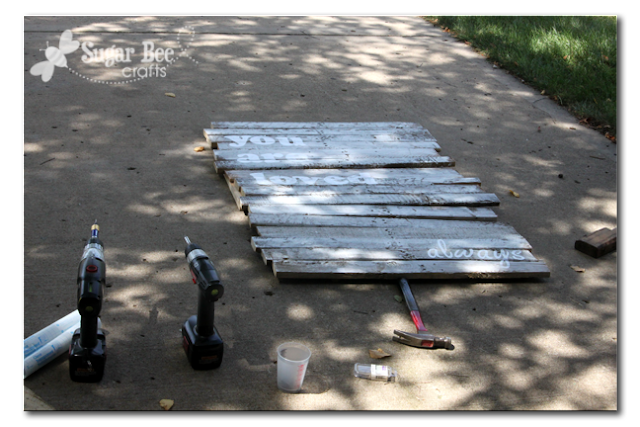 Then I painted over everything yellow.  I should have done a quick white coat before the yellow because I got a lot of seeping – live and learn.  I just touched it up a bunch freehand later. 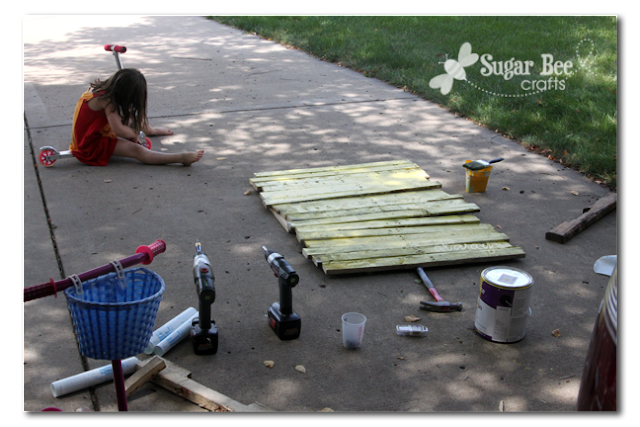 And finished!!  We put it on our porch temporarily until we could get it hung over the stairwell.   Good thing I don’t mind the look of it on the porch because it’s been there over 6 months…. 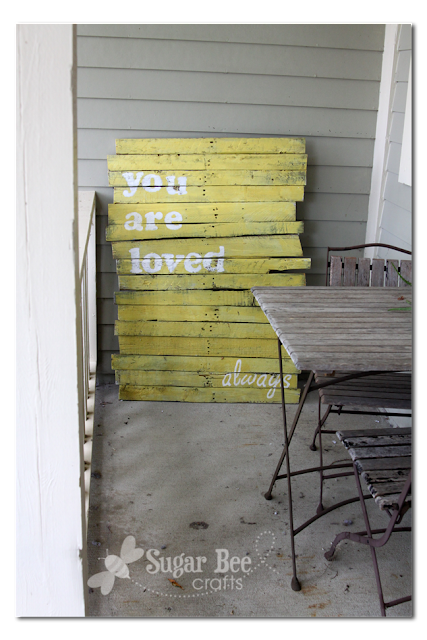 And another “beauty shot” – it’s not quite this bright yellow in real life: 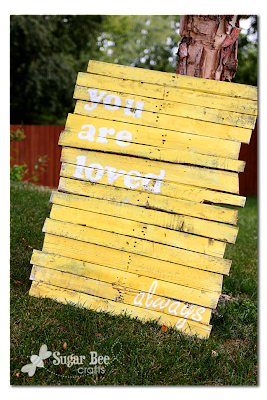 So normally I end my tutorials with “you can do this – go try it!” but I don’t know if I’ll tell you that this time – I kind of wish I would have just used a bunch of boards instead of deconstructing a pallet – that was torture!