I stenciled a dresser for my girls’ room, and LOVE it!! 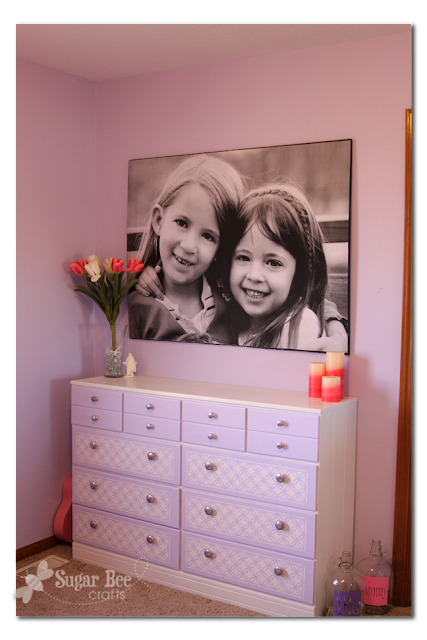 And yep, as eluded to earlier, the stencil is from Plaid’s line of Martha Stewart Craft paints that I was able to review.  It is packaged like this: 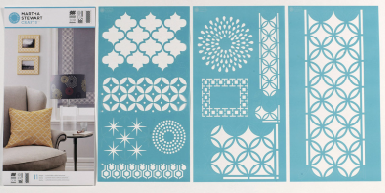 I love how the stencil is in a continuous line, so you can make it as long as you want by using it over and over, but also provided is “end caps” so the line can end and have a corner, etc.
So anyways, I didn’t take a before of my girls’ room because I forgot and was too excited to move the new dresser in, but picture a chest-of-drawers type of taller dresser in brown.  It was alright, a garage sale find, but it’s for my 4 year old and she couldn’t see in to the top 3 drawers, plus it was pretty boy-ish.  So when I saw this short dresser on the side of the road, I made a quick Uturn and grabbed it! 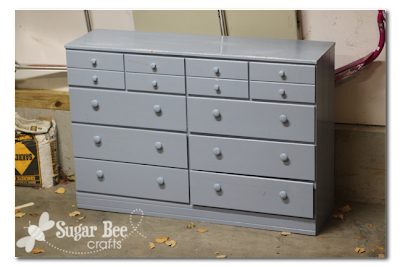 Can you believe someone was throwing away that dresser?  It’s real wood, and in pretty good shape.  I love those 4 top smaller drawers – perfect for socks, etc, that get jumbled in large drawers.  I don’t even mind the color, except for I knew it was going in the girls’ room, so it needed a little makeover.
So I painted the base white and the drawer fronts the same color as their wall – purple. 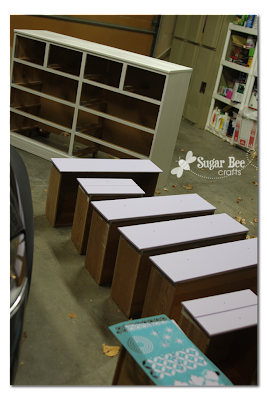 Then I stenciled on the fronts of each of the large drawers.  For this stencil you paint in the negative space, which is the white.  But it kind of gives the illusion that the purple lines were what is painted on.   I used the Martha Stewart Stencil spray to stick the stencil down – worked like a charm – look how crisp and clean it came out: 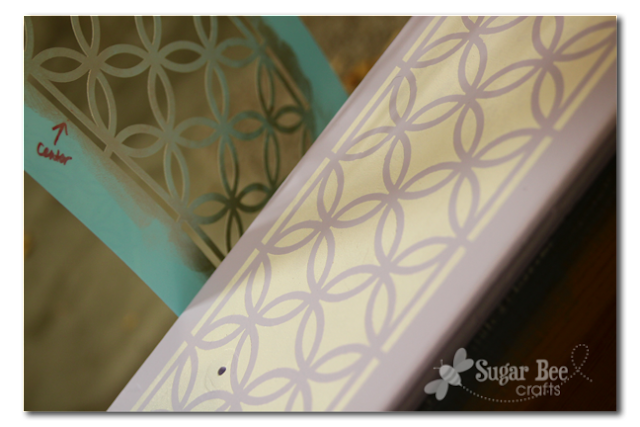 I used the knobs that were on the dresser previously, I just spray painted them chrome and reattached them. 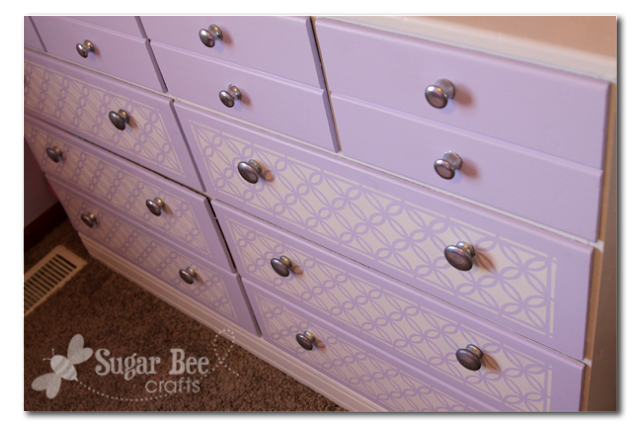 I really really like it – so much more girly and functional that what she had before!  And I love the pattern of the stencil – fun and girly, but still geometrical and crisp. 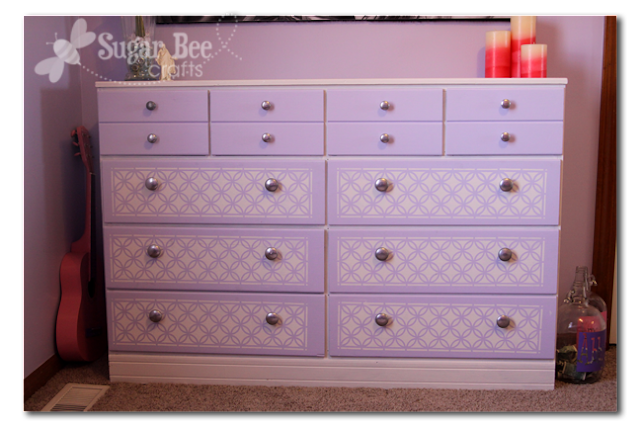 So now this is the view looking into their room.  Maybe one day I’ll pick up the other half (I cant’ be the only one that shoves junk from one side of the room to the other just to take pictures) and show off the rest of it.  But first I need to get them some curtains and spruce up a few more things.  Maybe even paint the other dresser (see it peeking in the corner) to match this new one. 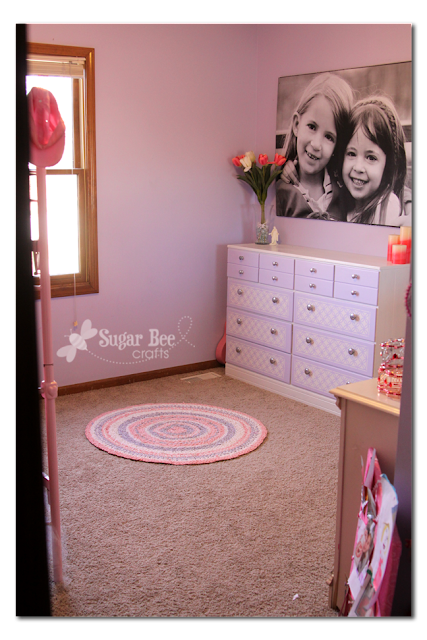 Oh, I just made that giant picture yesterday (for only about $14, plus the craft-fail mistake I made the first time around) – I kind of love it too – – tutorial to come, I’m sure.  And the rug is from old sheets, tutorial found here.

Previous Post: « DIY Holiday Dishes
Next Post: Tissue Paper Trees – And I Thought I Loved You Then »