Hello Sugar Bee Crafts readers, I’m Erin from My Very Educated Mother and I’m excited to be a part of this year’s Red, White, and Blue Series! Today I’m going to be sharing with you how to put together these Pom-Pom Sparklers! 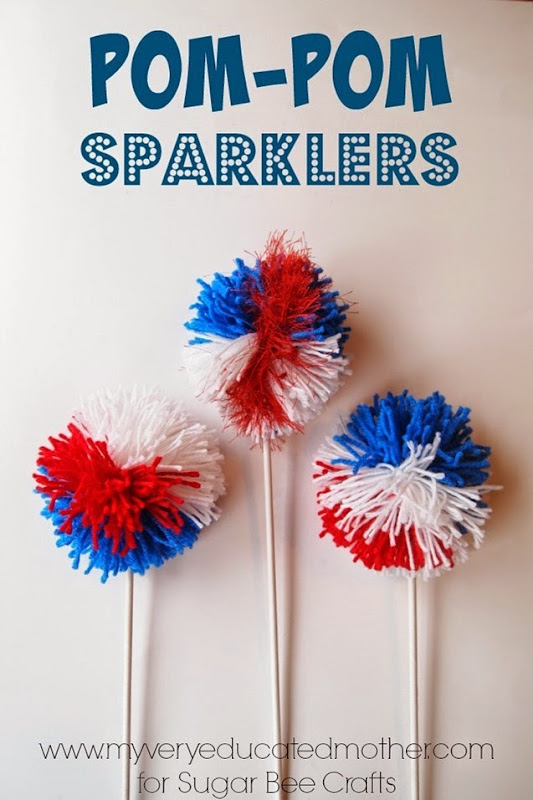 Pom-poms really hit their height last year but I just can’t shake them! They’re so much fun and in this instance they make for a safer alternative to their firework counterpart. We have a toddler in the house and when the fourth rolls around I want him to have a sparkler to twirl around too!

There are about a half dozen ways to make pom-poms, including tools that make it super simple, today I’m sharing the cardboard donut method. I don’t know if that’s really what it’s called but anything with the word donut in it sounds good, right?

UN-SHOWN PREP WORK: First you’ll need to cut out your donuts. You need two of them, any cardboard will do, and for reference mine are six inches in diameter. The donut itself is two inches wide.

Also, nothing is more frustrating than getting halfway through your pom-pom and needing to stop to wind yarn. Before I even begin I wind five or six small balls of yarn that fit easily through the center hole of the donuts. 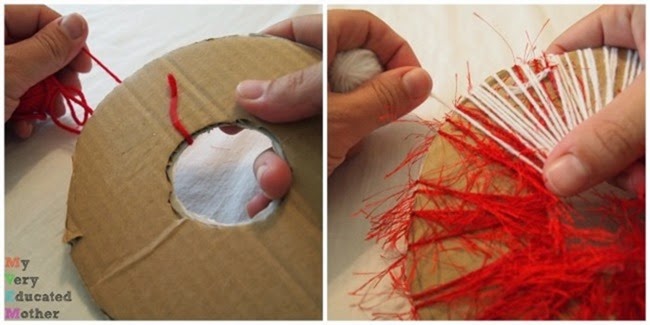 Now that you’ve got all your prep work done, sandwich your two cardboard donuts together, and begin tightly wrapping your yarn. As you can see in the first picture above, if you need to you can always tape the yarn down to keep it in place.

Keep wrapping, layering your colors or switching them out however you want. I usually keep wrapping until I can no longer see any cardboard. NOTE: don’t go crazy with the wrapping, you can actually fit a skein on one of these little donuts…don’t ask me how I know. 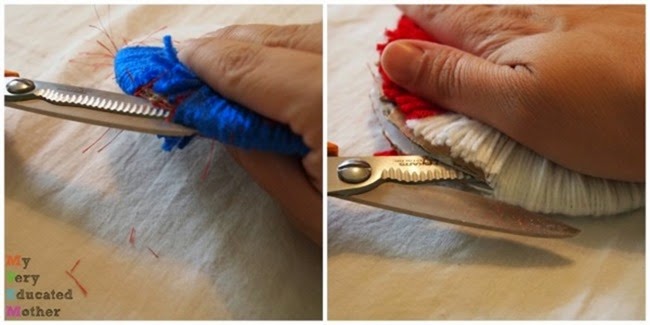 Tightly hold your donut and snip around the edges until you can squeeze your scissor blades between the two pieces of cardboard.

To keep all my hard work from falling part, I press and turn my pom-pom donut on a table while the scissors cut around the edge. 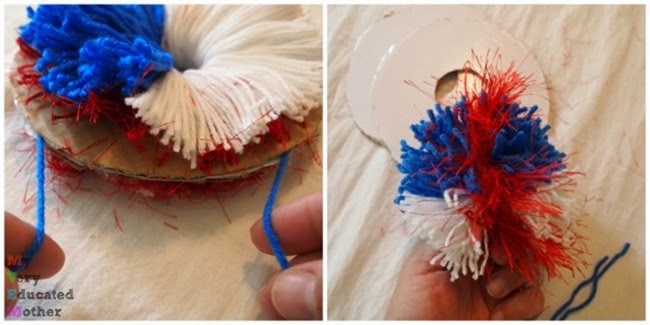 Once that’s done, I breathe a sigh of relief, slip a length of yarn between the two pieces of cardboard and pull as tightly as I possibly can and tie a quick knot. Most times the cardboard will slip off without any trouble but if you have trouble just cut it off. Once the cardboard is out of the way, tie one more tight knot to hold all that yarn in place.

As you can see in the second photo above, you may need to trim your pom-poms to shape them, unless you’re going for the mohawk look! 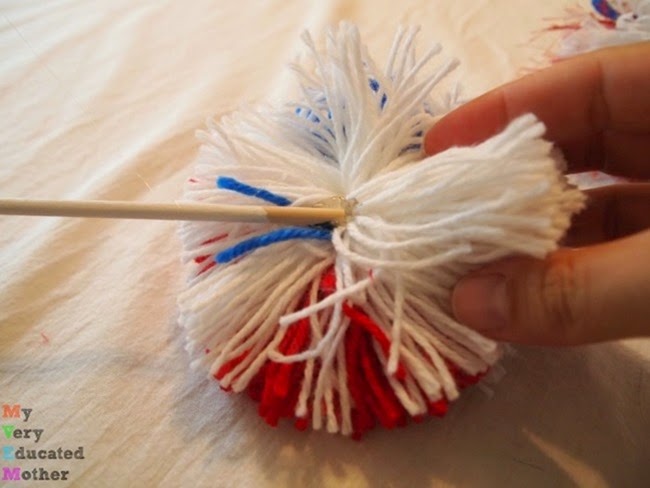 Now that you have your pom-poms it’s time to put it all together. Give your dowels a quick coat of white paint and then with the help of a hot glue gun attach it to the center of your pom-pom. 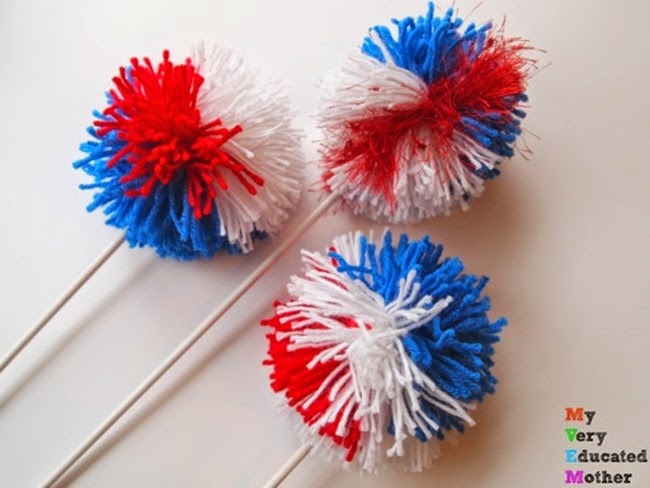 It really is a simple project that makes a big statement whether you use them as sparklers during your celebrations or as patriotic home décor! 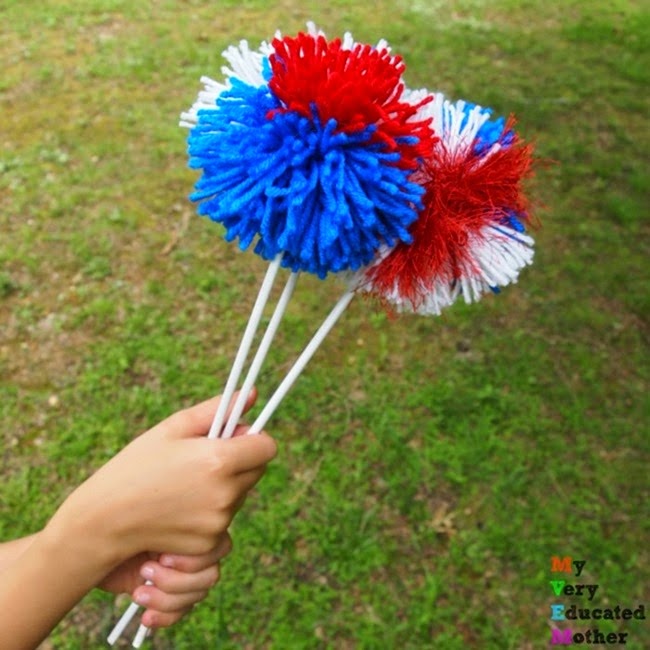 Special thanks to Mandy for letting me share this with you today! For more red, white, and blue crafting projects be sure to visit us over at My Very Educated Mother where you can check out our round-up of 50 patriot projects,  watch that time I did a patriotic hangout on air, or take a look at a party decoration that ended up in a magazine!