There I was, cleaning up my messy craft room in order to get it ready for photos.  I found a canvas, and I spotted a blank wall, and I knew I needed to make something quick to fill the wall space and add another DIY element to my craft room.  It was a super quick project without a lot of forethought, but I love how this Create Painted Canvas turned out! 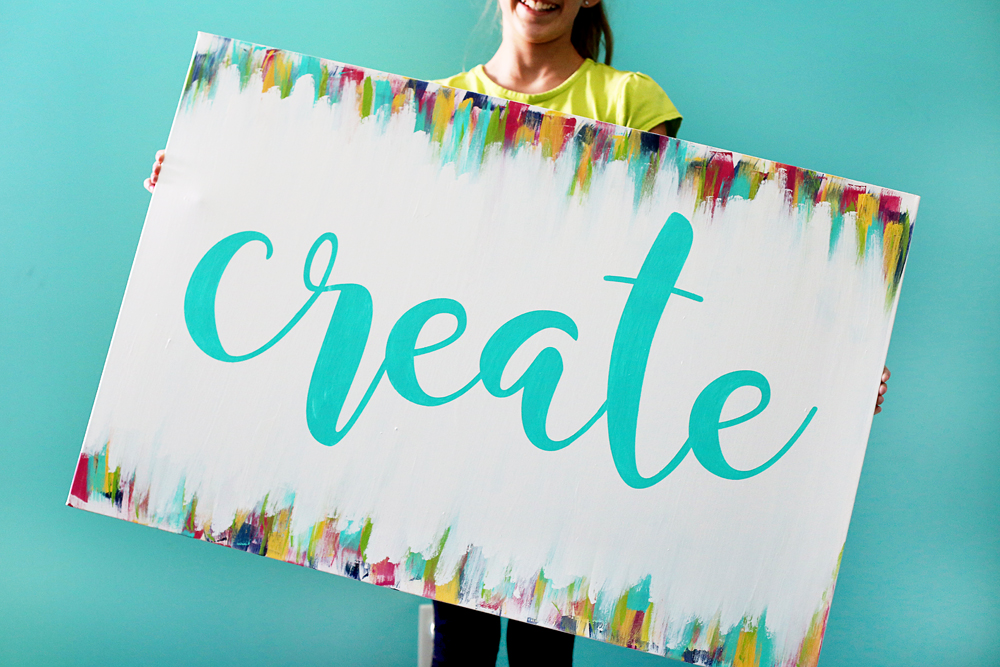 If you have ever thought about using a stencil on a canvas, but wondered if it would work, this is for you!  I wondered the same thing, and thought why not just try it – so I did. 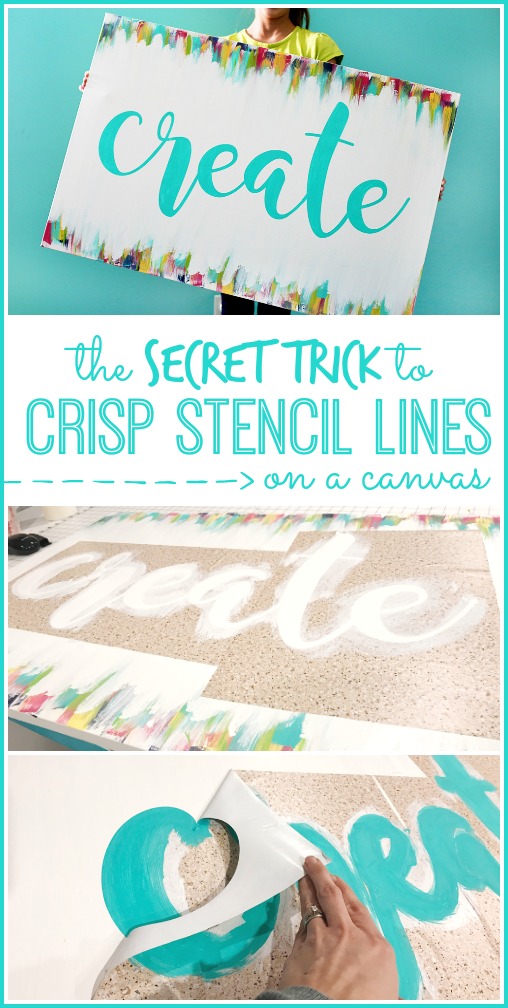 As mentioned, this was VERY last minute, and I just started making it instead of taking pictures along the way – blogger fail!  But I did come to my senses and start documenting when it came to the stenciling process. 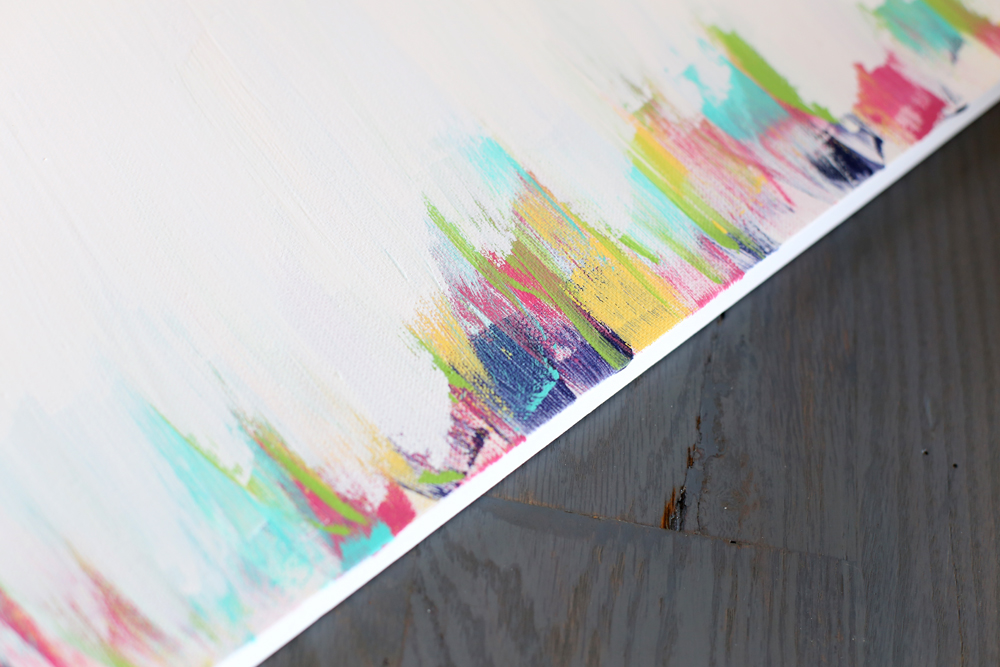 I used craft paints for the colors and the white is a wall paint.  I really think it frames the whole project and makes it pretty perfect. 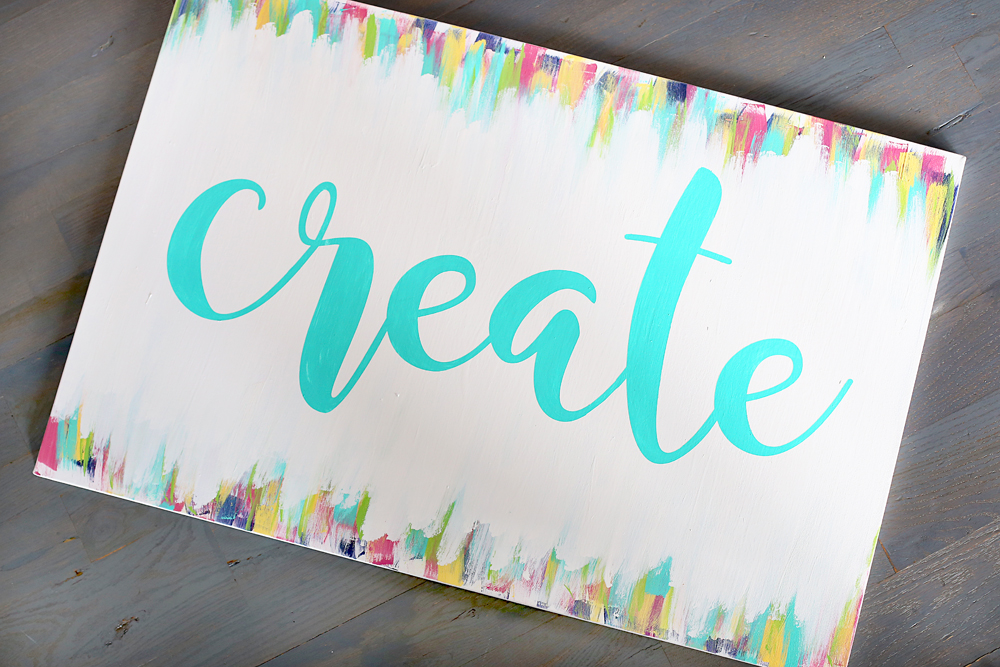 Next was the attempt to use a stencil.  The canvas is really big, so I had to make my stencil in a couple of different sections.  I used my Silhouette machine and then just some contact paper, like THIS.  I love using contact paper for stencils – it’s super inexpensive, which is great since you’re just going to peel it off and throw it away.  I used transfer tape to move it over to the canvas and get it adhered where I wanted it to be. 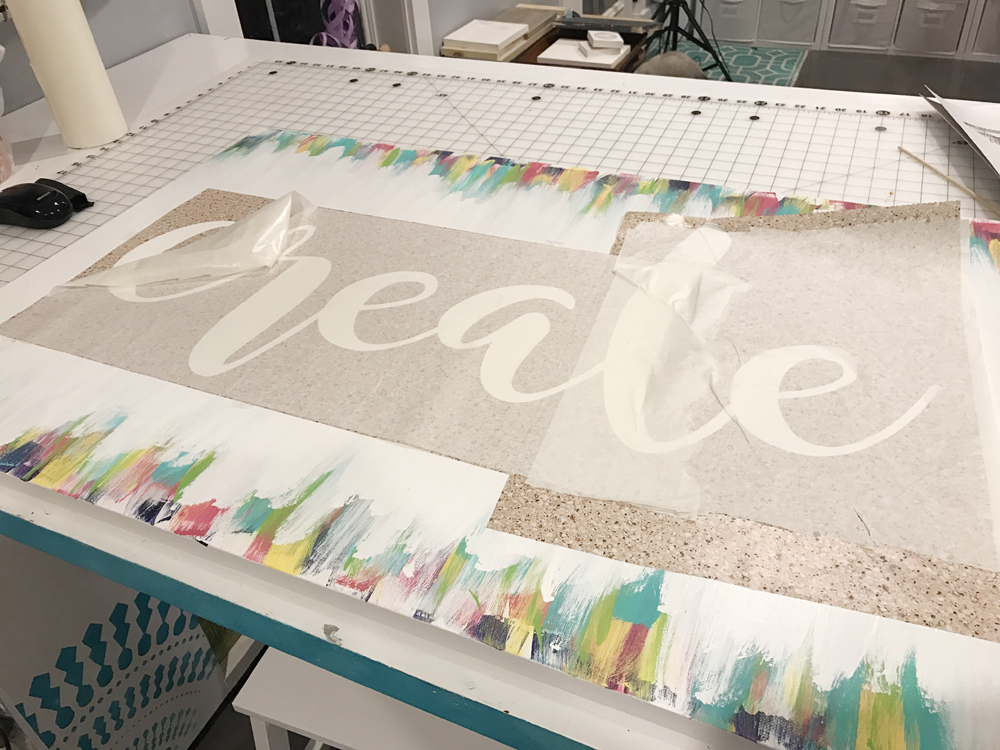 Next up, the SEAL LAYER – THIS is the secret trick to those crisp lines.  I use this trick all. the. time. when working with wood signs, so I wanted to try it out with a canvas.  And it worked!!  You paint the base layer that is under your stencil (in my case, the white) OVER your stencil.  The idea is that all stencils will bleed a little, but this way what bleeds will match the background.  Then it will seal the crack.  So the next layer, which will be color, won’t go under the stencil. 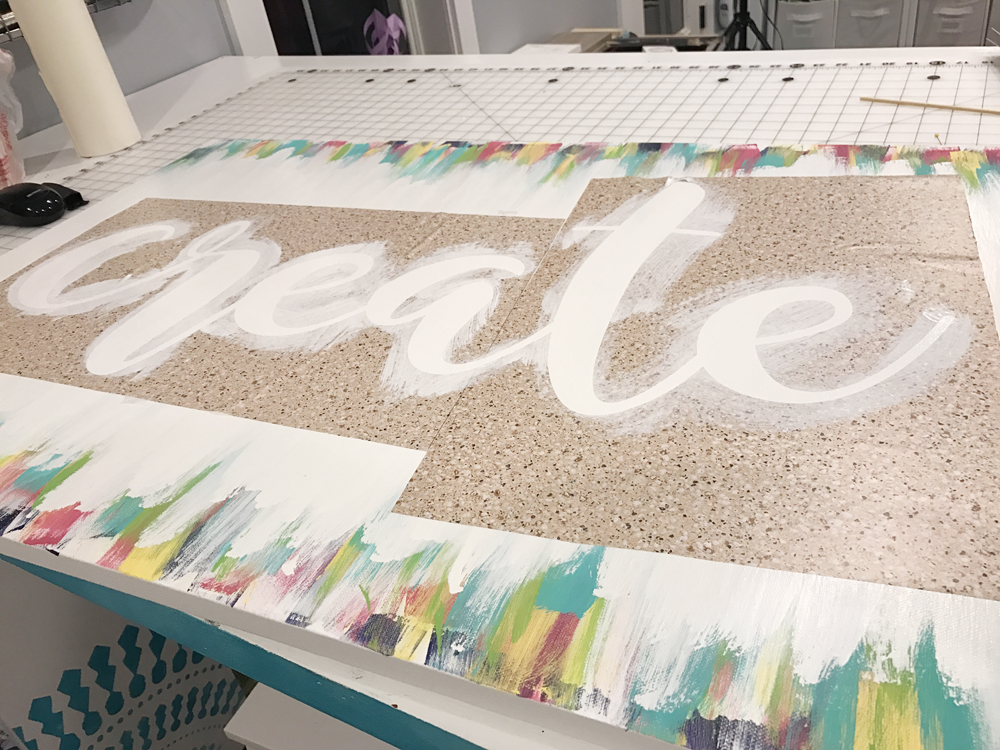 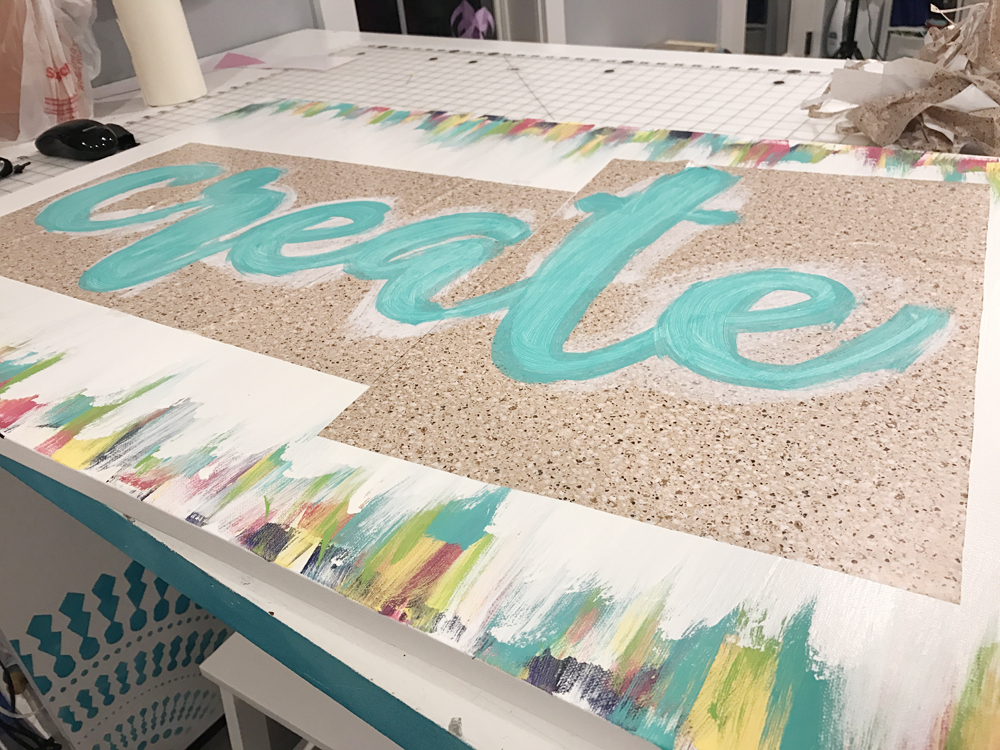 Then it’s time for the grand reveal!! My favorite part!! 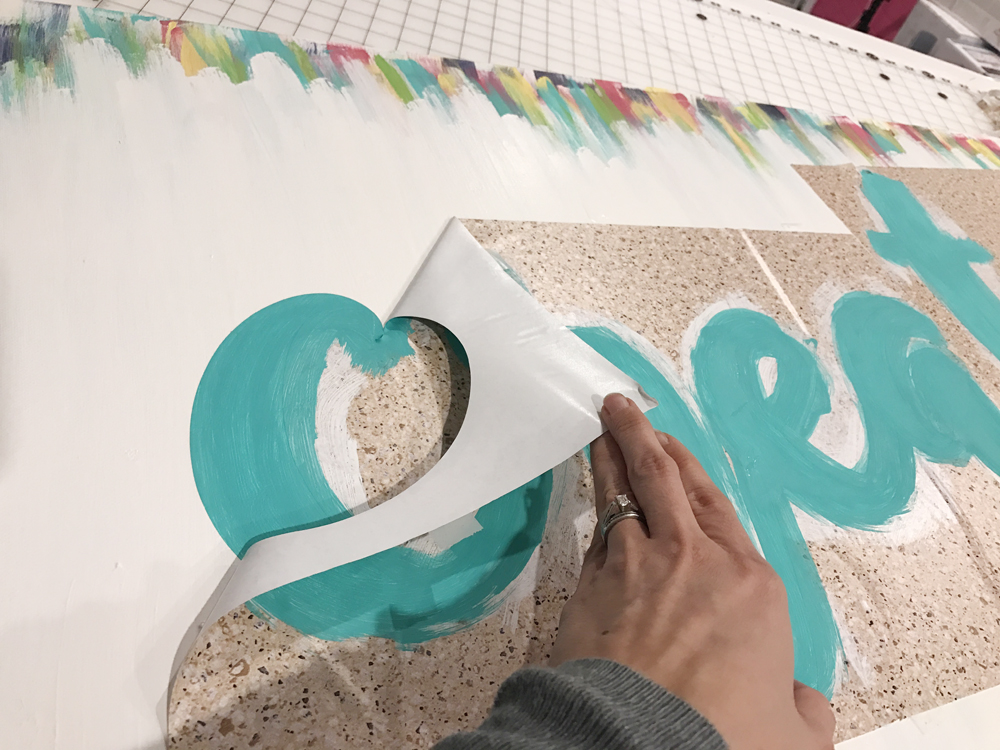 Voila!!  there were a couple of spots that needed a little touch up, but I was way impressed with the overall crisp lines that resulted. 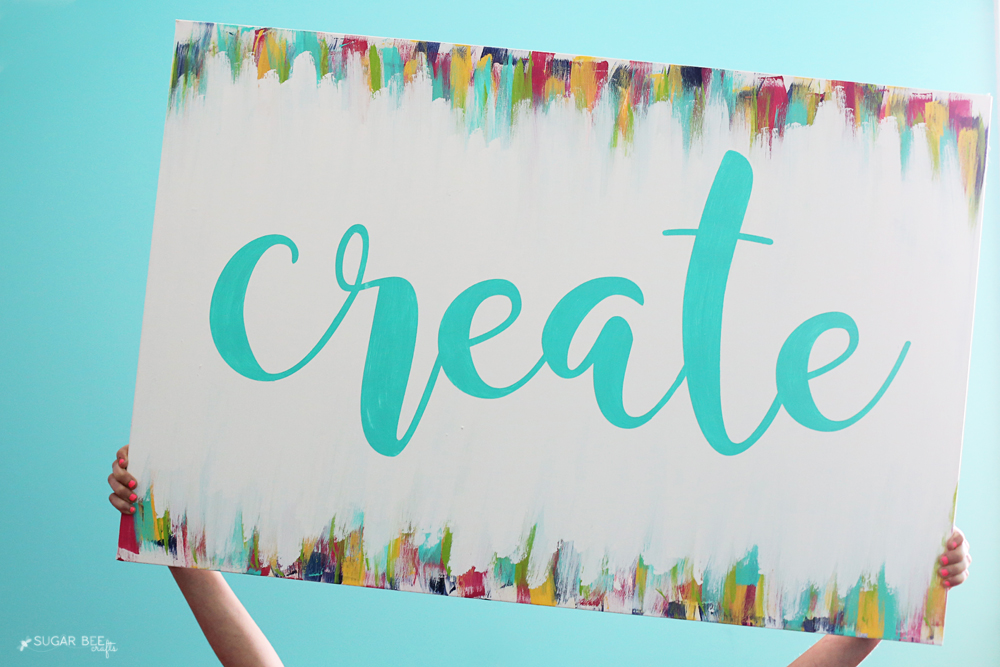 I love having this hang in my craft room – it’s pretty much perfect wall decor for that room!  Want to see more of my craft room??  Check it out —>  Craft Room Tour 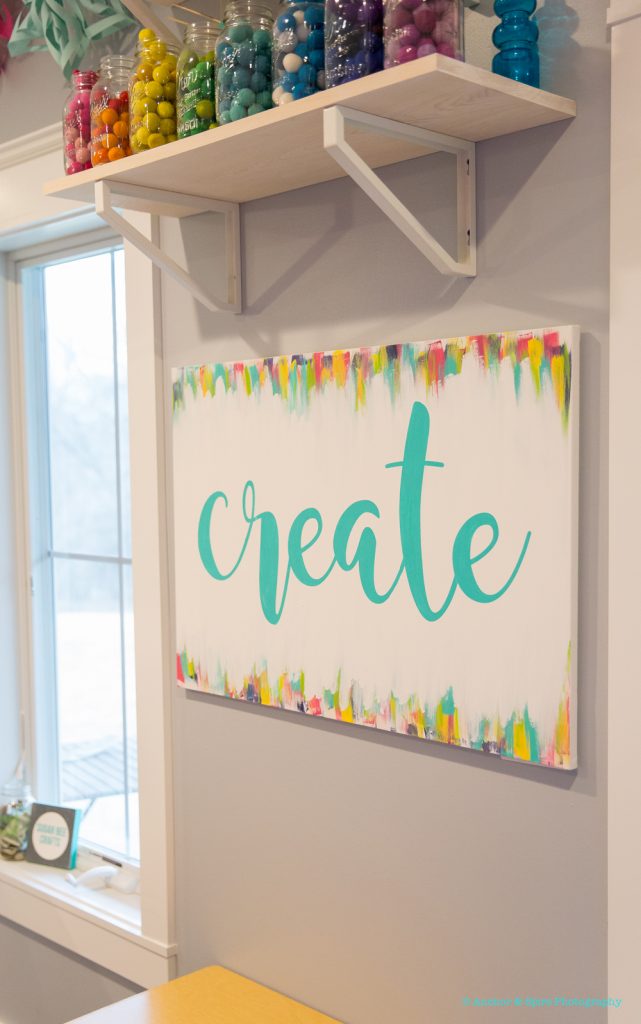 Here’s a reference, a kiddo holding it, so you can get an idea of how huge it turned out – love it! 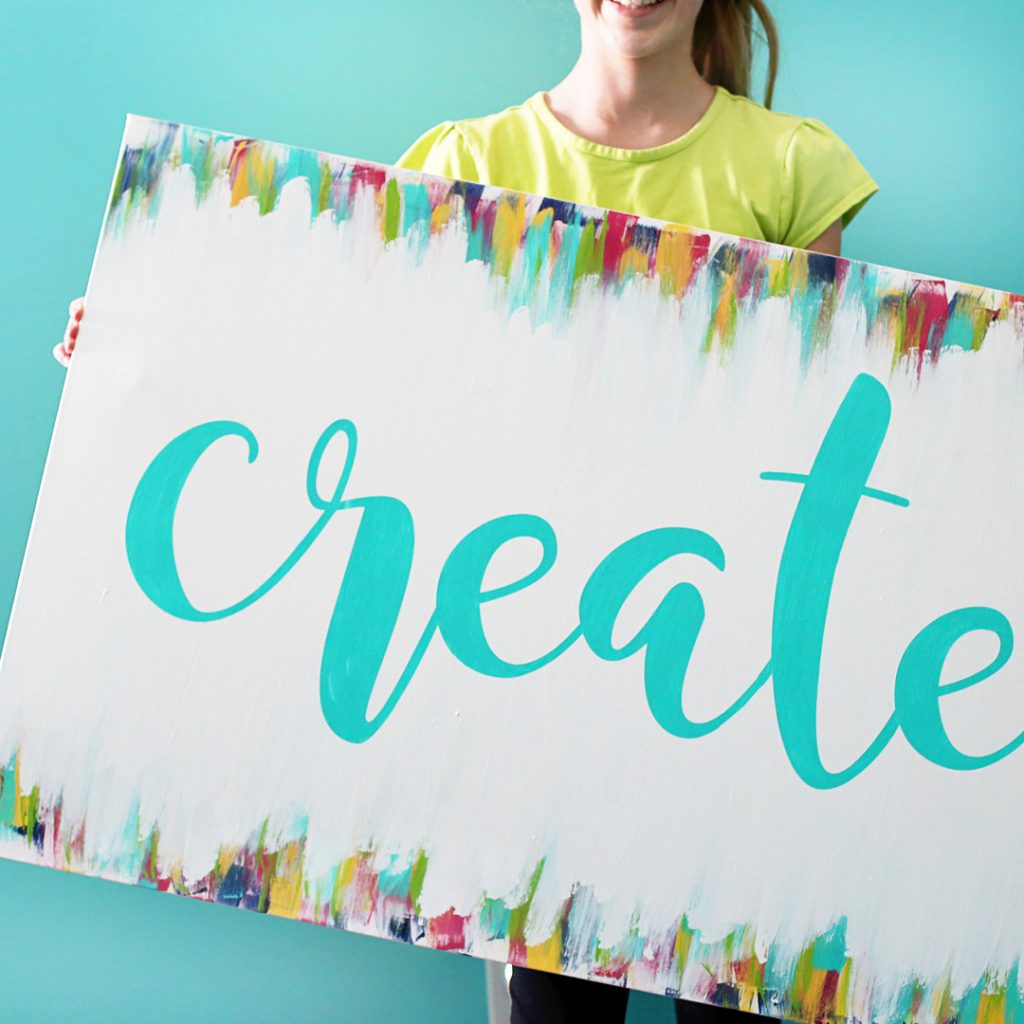 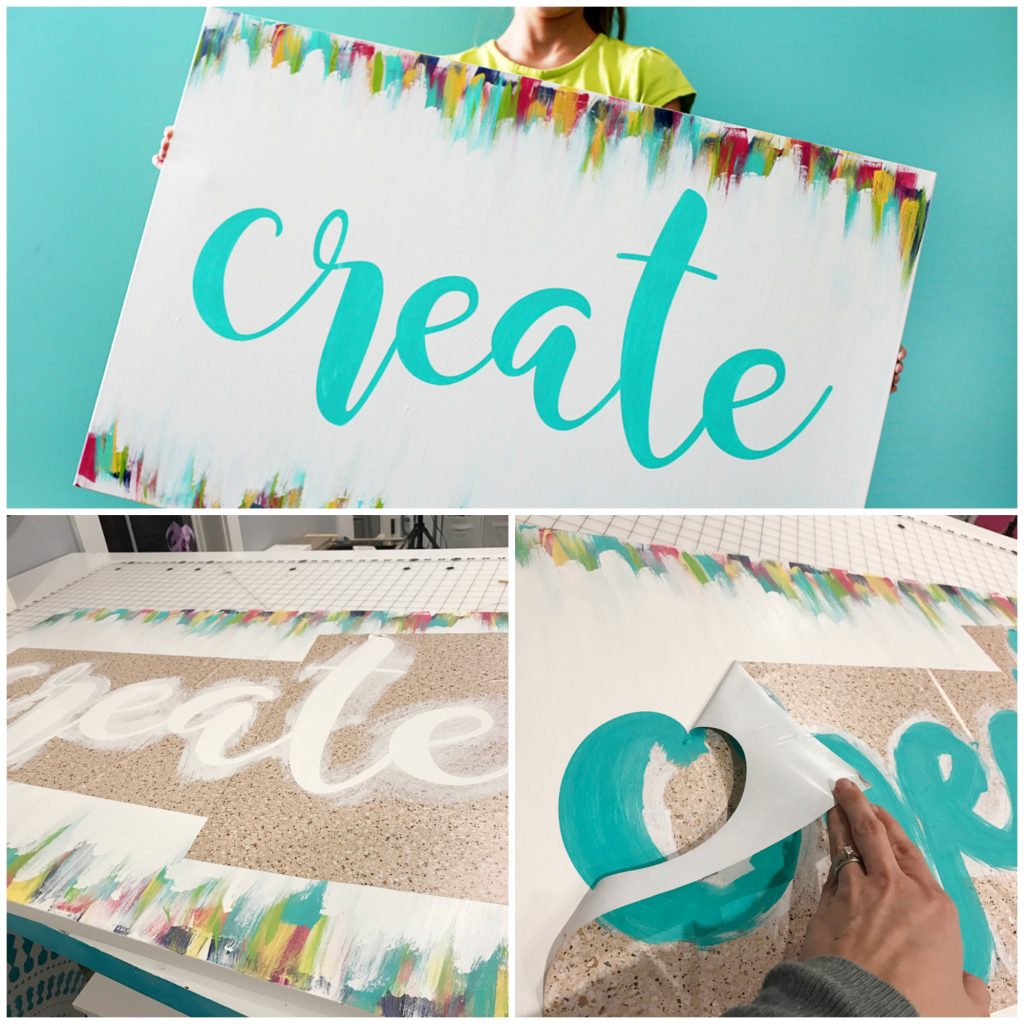