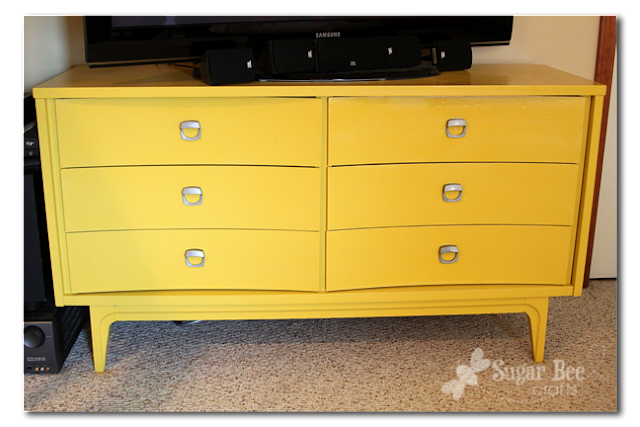 So our TV stand just wasn’t calling to me anymore.  Trevor made it several years ago and it was great for what we needed then.  It was a big cabinet that housed the TV.  Then we got a bigger TV that wouldn’t fit inside, so he hacked off the top of the whole thing.  It was alright, but as with most things, after a few years I was ready for a change. 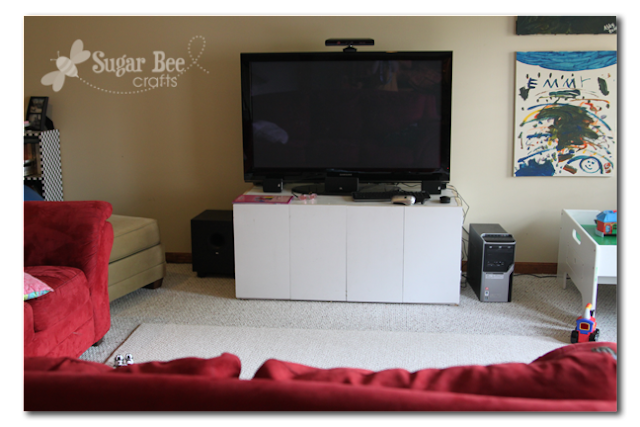 So I was on the hunt for a dresser.  But they were really hard to come by – I blame in on the economy (because that’s where everyone puts the blame!) – people are trying to be more frugal so they are either:
–Keeping their furniture longer instead of buying new things and giving their old things to Thrift Stores
or
–Shopping at Thrift Stores, taking all the good stuff, and driving up prices
My goal was a $20 dresser – I wanted it to have personality.  The whole search for a dresser as a TV Stand started when I saw this one over at Less Than Perfect Life of Bliss: 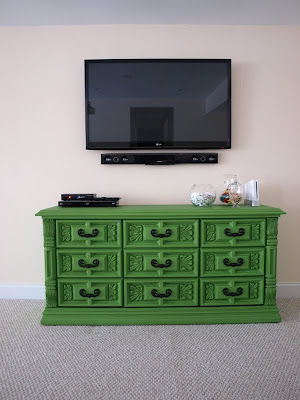 Sad side story – I actually found something really similar to this for $20 on clearance at a Thrift Store, but I hadn’t yet run the idea by Trevor and I wasn’t sure if he was in on a dresser for a TV Stand.  So after he said let’s do it, we went back and it was gone – ugh! – a life regret that I didn’t buy it on the spot. (I have a list of garage sale life regrets, when I didn’t act fast enough – like that amazing loft bed ……anyways…..)

So after months of looking on Craigslist, at garage sales, etc, when I came across this one for $40 at a Thrift Store, I went for it.  Kate assured me it was a good deal. 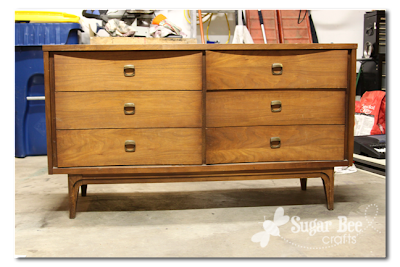 I painted it yellow – note to self, when painting yellow, prime – double prime even!  I probably put on 8 coats of yellow, and I swear it still could use more.  I love the personality in the curved drawer fronts.  Picture of  “in progress” – – 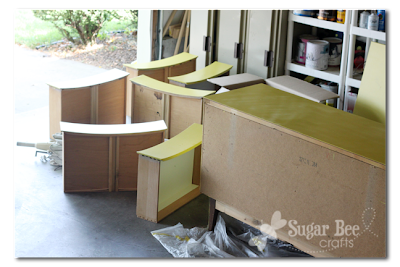 So I never loved my basement layout.  With the new dresser, we rearranged – the couch is now where the TV used to be, and the TV is on the other way – – it makes things so much more open! 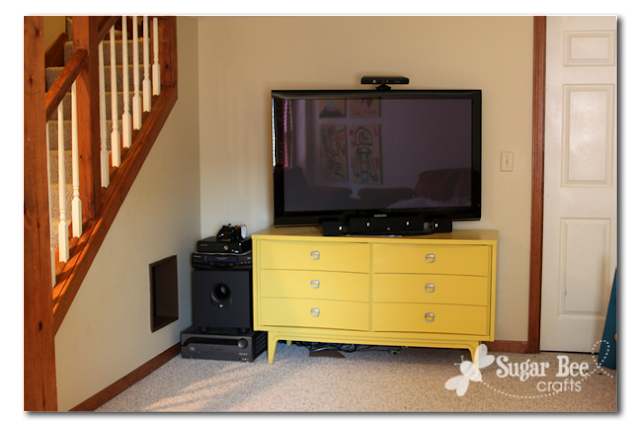 Thing still left to do:

–buy a bracket to hang the TV on the wall (like the inspiration photo) – – but those brackets are pricey, and it’s not a have-to, so it’ll probably be a while….

–hide the components – – The wall behind the TV is our storage room, so we plan to cut a hole in the wall and store the console stuff on a shelf in the storage room, with some sort of glass picture-frame thing so you can still use remotes – great idea, right?!?  It’s on the someday list.

But for now, I’m loving the new feel the dresser TV stand brings to the room – – 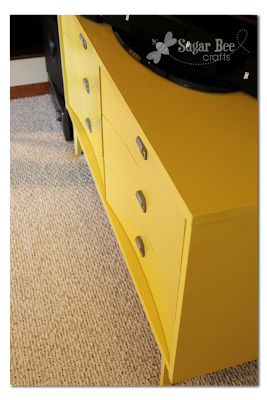