1 shares
Do you know what a Google+ Live hangout is??  I didn’t either, but I’m learning….basically, through your G+ account, you can have a Live Hangout – it’s like a videochat broadcast live – isn’t that cool??  I’ve done two now, and I learned a lot from one to the other.  You can see my first one HERE and my second one HERE.  Compare the difference – you can see that it improved!  And I have some tips for you (and I am wondering if YOU want to Hangout with ME…) – here we go:
—Make a space on your desk – – my webcam is on my desktop, so it’s not a laptap that I can move to a table.  So I’m stuck at my desk – which is super narrow.  In the first video I dropped supplies more than once because I knocked them off – classy.  The second time I had space cleared for all my supplies
—Background – – in the first one, it’s just my room as the background.  Which is fine, but to step it up for the second one I set up a backdrop – I think it really took things up a notch.   I used my PVC stand and my Bubblebum Backdrop – it’s an easy setup.  Then I just took some heart garland from another area in my house and taped it up – – easy peasy. 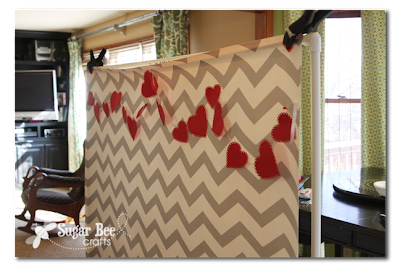 You can kind of see the whole layout of my kitchen here – – computer, background right behind me, mess going on everywhere else but the viewer doesn’t see that part….(click to read more and see the layout mess) 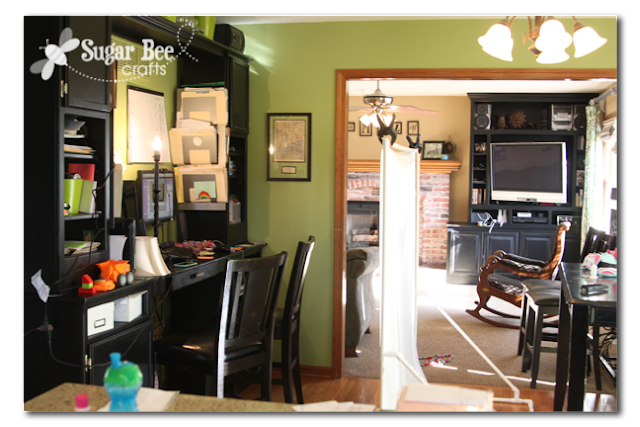 —Lighting – – behind my backdrop is a bay of windows and our sliding door – it lets a lot of light in. 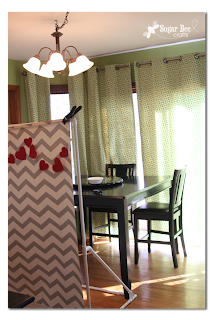 Which would be great EXCEPT that all the light is behind me – which makes me backlit in the video.  So I pulled the curtains to block some of the light and the backdrop helped block some as well.  But then it’s dark which mean poorer video quality.  To solve that problem I put a lamp on my computer desk – I tried a clamp light up in the corner, but it was way too bright.  Then I tried the lamp with the shade on and it wasn’t enough light – the lamp without the shade was perfect. 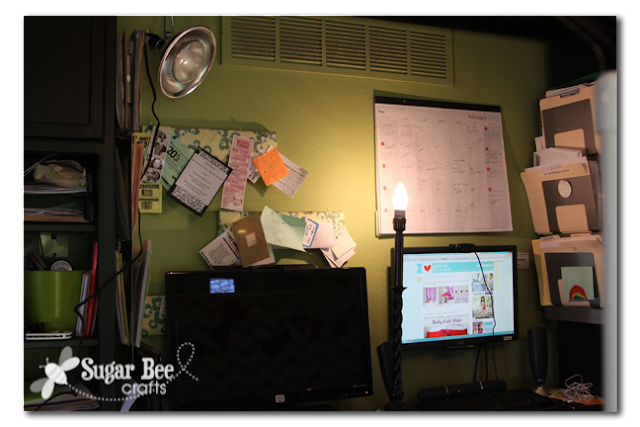 It added tons to the quality – see, this image was taken with my webcam – I’m not sitting in the dark! 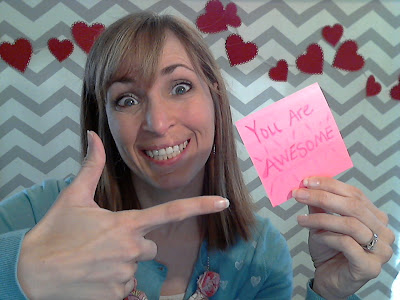 —Length – I think people don’t have time to dedicate to watch long videos, so keep them short and fun – I aim for about 20 minutes max.

Fun, right?!  I’ve only done a couple of Google+ Hangouts On Air, but I’m thinking I should do more – maybe once a month or something?  Do you like them, or would you rather read things than watch a video?

I also had the idea to Hangout On Air with a couple of you readers – we could chat, ask each other questions, show projects, whatever – would anyone be interested in that?  email me if you have ideas or are interested (mandybeez at gmail)