Pipe Chimes – – do you know what they are?  I used them in church as a child and thought they were the best thing EVER.  (not the best picture below – – I was trying to avoid getting the messy couch, etc in the background of the picture…but should have figured out a way to get a head-on view of the chimes….) 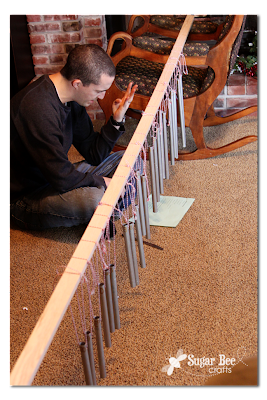 So when I saw the post over at Tidbits from the Tremaynes I knew – we’ve got this!  She made it sound so easy – dreamy even….so I thought, let’s times that by four.  I think that’s where things went wrong…

(update – Trevor’s side of the pipe chime story)

You’ll have to head to that link for the full tutorial, but as Mandi mentions, it’s a super cheap project.  The conduit is only $2 a piece, and you only need 2 for the project.  My kind of cost.  I had you on FB and Instagram try to guess what I was making…and no one knew…well, except for those joining in on the fun. 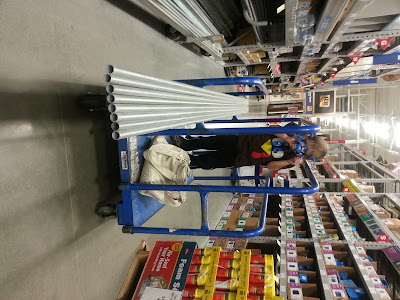 We thought this would be a super fun family activity get together and invited another family over.  You know, we’d all work together on a 20 minute project then sit back and enjoy desserts.  Well, it started that way, but then it took FOREVER and the kids were easily bored.  But we kept on truckin’.  A couple hours later, we’d only gotten through half the pipes!  BUT, we figured things out and got faster by the end, so we repeated the event the following week and were pros by then.

First, Trevor cut several pipes using the pipe cutter that everyone recommended.  But it was taking a while for each cut and he wanted to streamline the process, so he busted out the Saws All and that went much quicker.  I’d recommend the saw method. 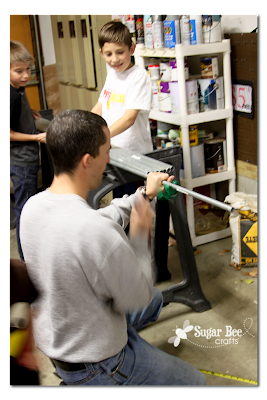 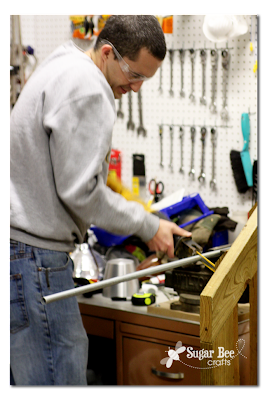 It does make the edges a little rough, so we busted out a sanding station (it is a sandpaper nub thing that goes on your drill).  There was a hole-drilling station as well, to string the chimes. 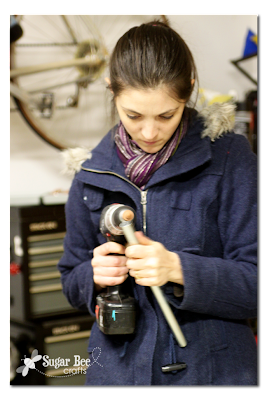 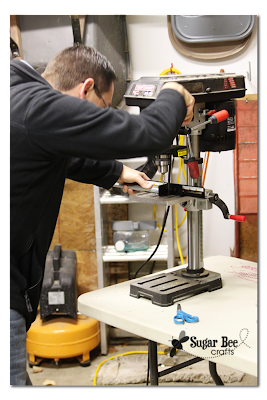 The kids cut the string (we used cute baker’s twine) – – 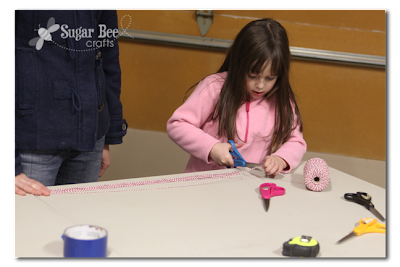 And labeled each chime (although the next week I thought it’d look nice to use vinyl to label all the chimes, so we had to scrub off all the marker) 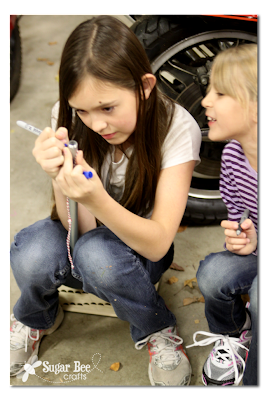 In the end, it was all worth it – – they had fun practicing playing a song together – I wish I would have taken a picture.  And my kiddos are planning a Pipe Chime Number at our family talent show this year – the fun never ends!