I have two little ones of my own so it makes me a little crazy when we get our pictures taken by someone that doesn’t know how to handle kids in a session.
I thought it was common sense to make kids laugh and feel comfortable for a session, but after having kids and watching other photographers, I learned that many people don’t think much about it and are completely happy as long as the children are looking in the general direction of the camera.
I think it’s important to do what you can to make kids laugh and feel comfortable in front of the camera, this obviously makes for much better pictures.
Today I’ll share with you a few of the things that I do to help kids feel comfortable in front of my camera.
These can apply to those of you taking pictures of your own kids and those of you doing sessions of other people’s kids.
1. Ask their parents to bring one or two of their favorite things/toys to the session.
This works like a charm.
Having a little piece of home there with them helps little ones to relax and feel comfortable with you. 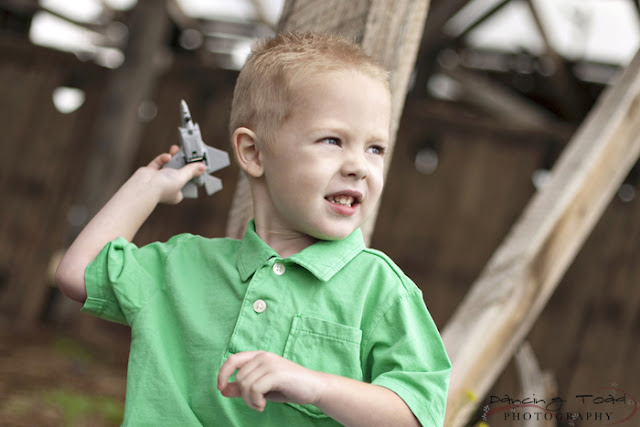 This little boy started out really tense but once we whipped out his toy plane, he was having fun.  After initially pulling it out I would then alternate pictures with and without the plane.. for one picture he could hold and play with the plane, then I would put it on my head or somewhere else where he could see it for the next few pictures. 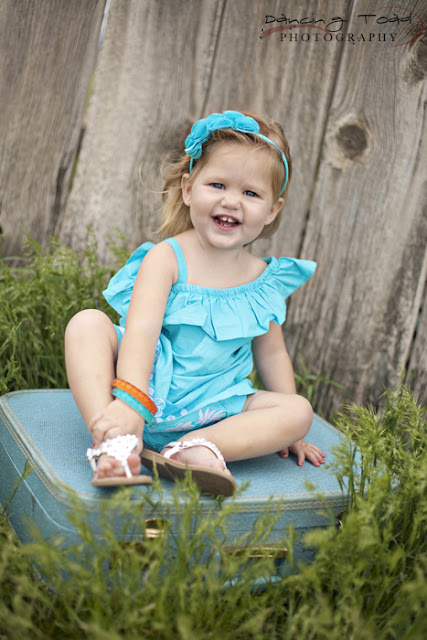 This little girl brought her favorite “blankey” to the session which was on my head during this picture. I made a game out of sticking it on my head and letting fall off repeatedly, she thought it was hilarious.
These next few kids were extremely difficult and definitely didn’t want to get their pictures taken so I let them just play with their items. These ended up being favorite images from the session because of how happy they look. 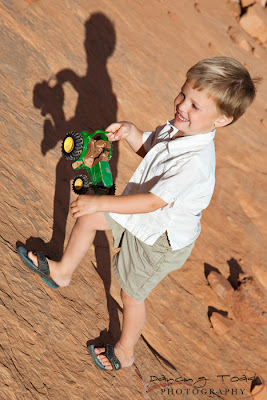 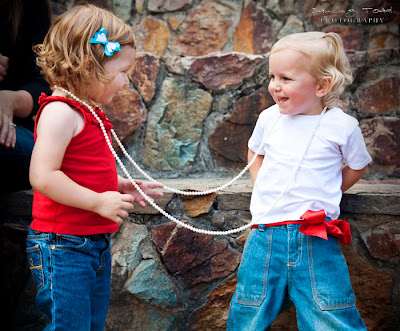 2. SMARTIES!
These are my secret weapon. Seriously.
I can’t tell you enough how much they help when a child is being fussy about getting their pictures taken.
They are the best because they aren’t messy or sticky, they don’t leave bright colors on lips or in mouths, they are small.. which means they are gone quickly and don’t make a huge lump if the child holds it in his/her cheek.
Try it… you will see. 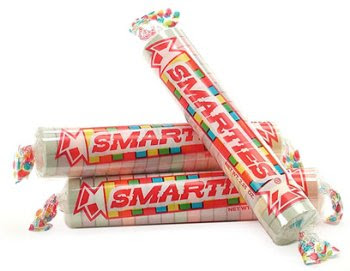 via
Yes, I believe in bribery.
3.  Make noise.
This is where I make the biggest fool of myself in front of the adults but I think it makes a huge difference, especially with really young kids.
When I’m about to take the picture I will make really loud silly noises to catch their attention.
Sometimes at the same time I will play peek-a-boo with them from behind the camera. 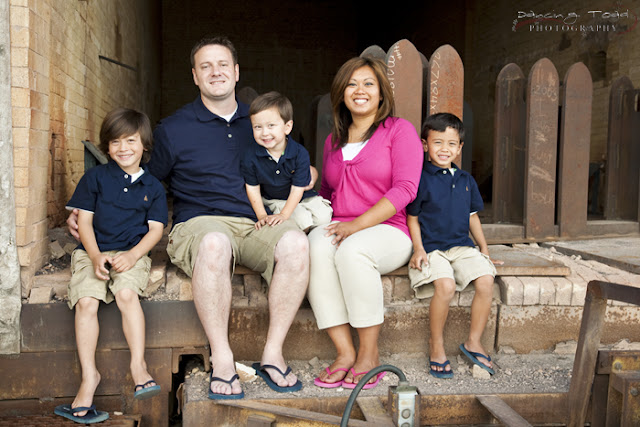 4.  Let them play.
It helps to let kids get their jitters out by running around and playing.
Often times after running around for a minute they are ready to sit a smile for you. 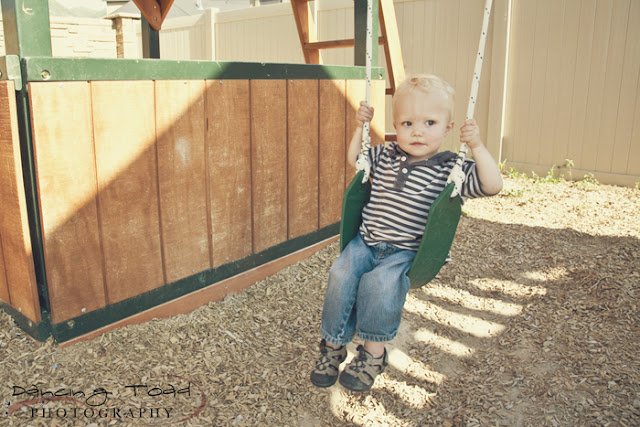 What do you do to make kids feel comfortable when getting their pictures taken?
I would love to hear from some of you!
Be sure to come visit me at the Dancing Toad Blog!