I had to pop in today and show you the luggage shelf that we made for my toddler’s room – – it’s awesome! 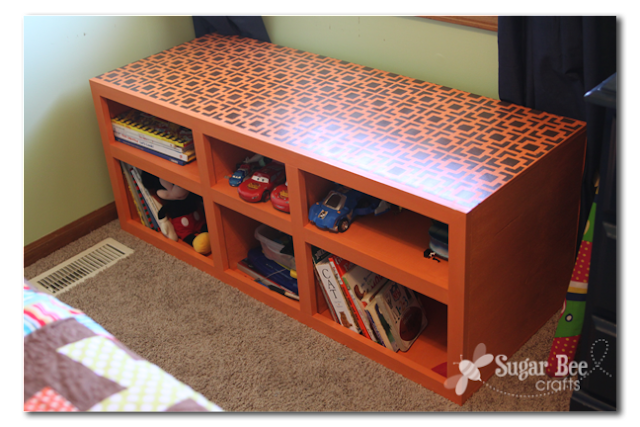 This was a project that had motivation, so it got done quickly – love that!  Trevor’s parents are going to be working at the Kansas City Temple once a month.  They live several hours away, so they’ll stay with us.  My toddler’s room doubles as our guest room – we just kick him out onto the floor of my oldest son’s room.  It works well for the occasional guest, but with knowing that we’ll for sure have visitors once a month for several days, I wanted the room to be more guest-friendly.  But still accommodate my toddler.

Anyways, in the corner of his room is this: 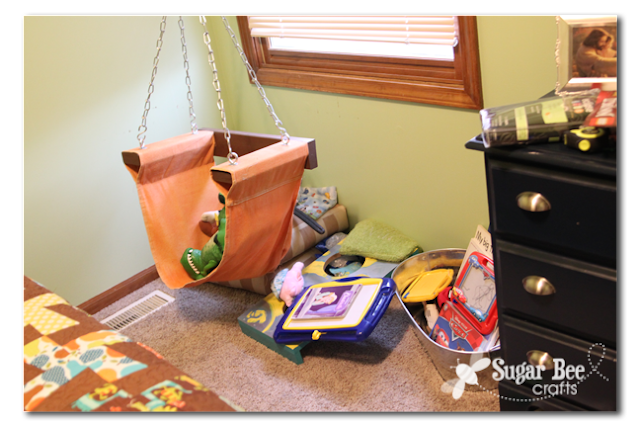 I made that Reading Nook Hanging Chair when I was in SYTYC the first time – you can see the tutorial at that link.  But that was almost 2 years ago, and times change.  It was being used mainly to hold stuff animals, which would have been alright, but that’s our smallest bedroom, so I needed to utilize the space better.

I came up with the Luggage Shelf Idea – it would hold books and toys but also be sturdy enough to provide Trevor’s parent’s a raised place to put their suitcases – perfect!  I bought a sheet of plywood and had Lowe’s cut it into strips (which Trevor later cursed because they weren’t cut perfectly).  And he assembled this and I painted it orange: 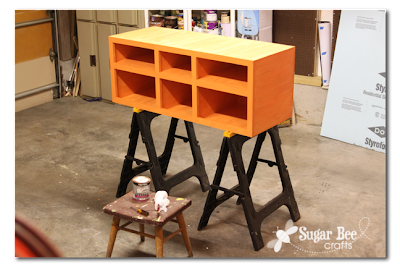 It was functional, but kind of boring – I knew the perfect thing – a stencil!!  I got a Royal Design Studio stencil called Hollywood Squares as part of the swag at the SNAP blogger conference I went to – it was like that stencil was meant to be for this project.  The squares in the stencil mimicked the square shape of the entire shelf. 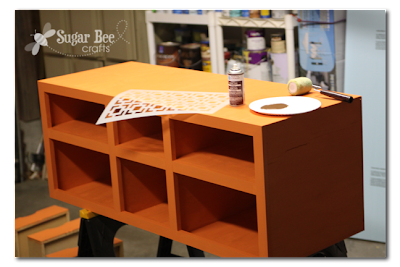 See, didn’t it do wonders for the luggage shelf?? 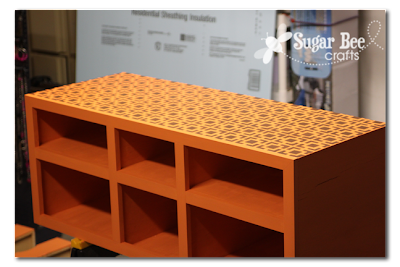 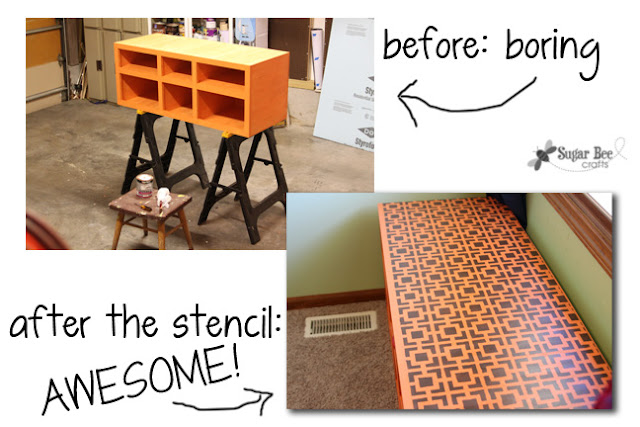 Here’s that upclose view of the stenciled top.  I sprayed it with clear spraypaint to seal in the stencil and protect it from scratches since suitcases will be set on top of it: 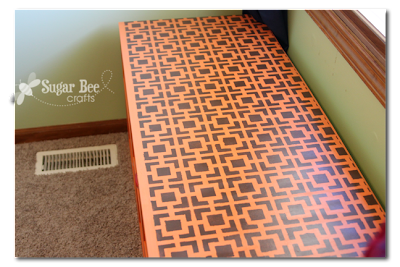 And here’s what that corner looks like now…hopefully I’ll do a post soon about the tweaks that I’ve done to the whole room to make it more guest-friendly (that is, when I get those tweaks actually finished….) 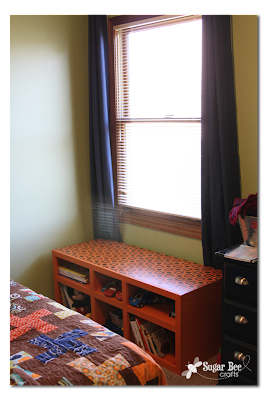