You all know how we are LEGO fanatics – can’t get enough!  (really – more on that and how we drove hours to go to the state fair just to see a LEGO exhibit on this LEGO car post).  We planned a California vacation several years ago where we were able to go to Legoland.  Anyways, LEGO rocks.  And recently there was a Legoland Discovery Center built in Kansas City  – and we were invited to attend a blogger event there – um, yeah!!  Dream come true for my kiddos. 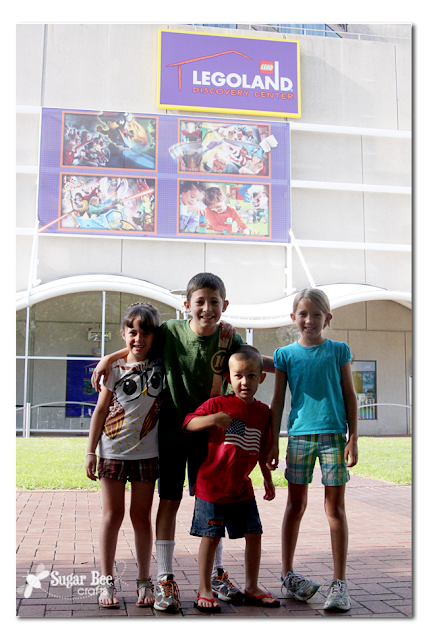 We started with a “factory tour” where they talk about how LEGOS are molded.  You could also weigh and measure yourself in relation to LEGO Bricks: 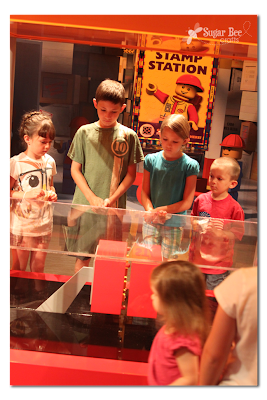 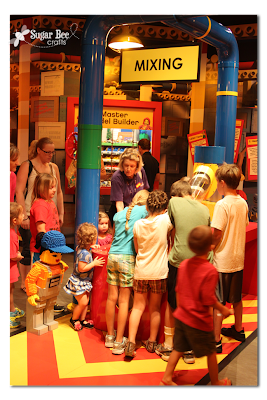 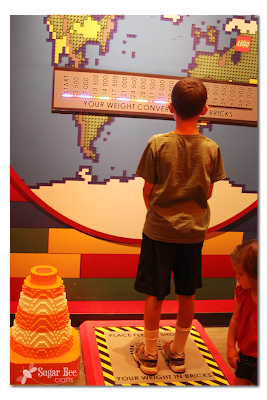 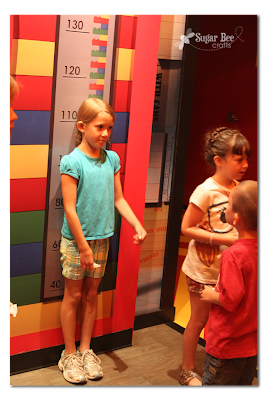 Next up comes Miniland, which was AMAZING.  The details were unreal – they replicated to scale Kansas City – lots of landmarks that the kids recognized.  I could have started at it forever – every time you looked at something, you noticed different awesome details.   They even included Legoland Discovery Center in Miniland. 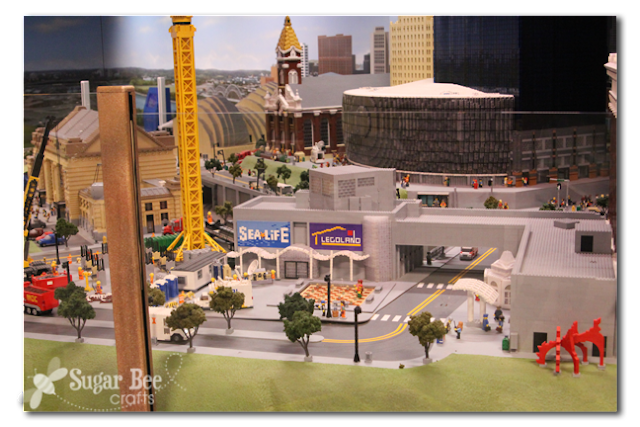 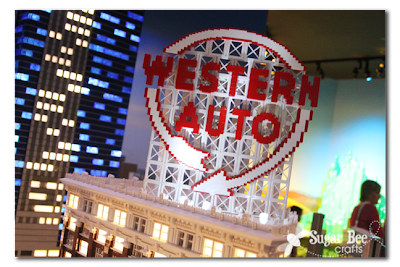 Miniland would transition from day to night and back again on a cycle.  When nightfall came, so did the fireworks over the speedway – so cool! 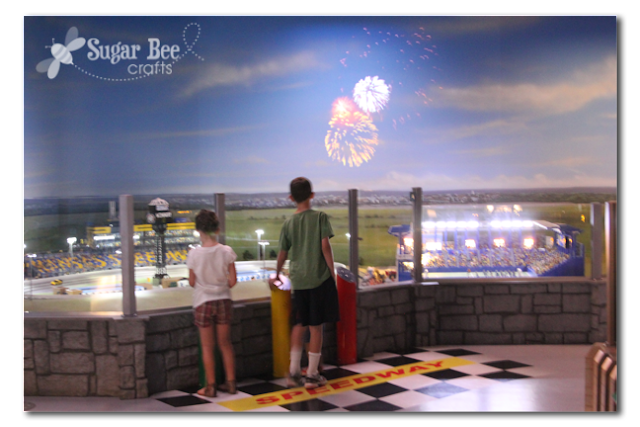 We recently went to a Royals Baseball game so it was fun to see the stadium, and the Chiefs Stadium, in LEGO form.  Again, all the details!!

There was a whole section for the Wizard Of Oz – house in a tornado, munchkin land, they had it all! 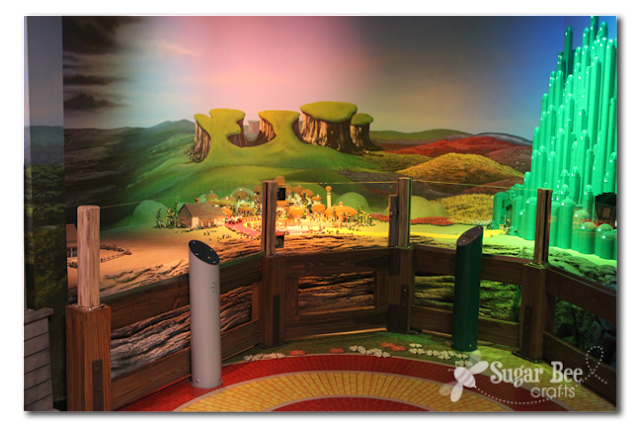 After that we had a reception in the food court area.  I noticed that they had their birthday room set up, complete with a LEGO cake, crumbs and all – how cute is that?! 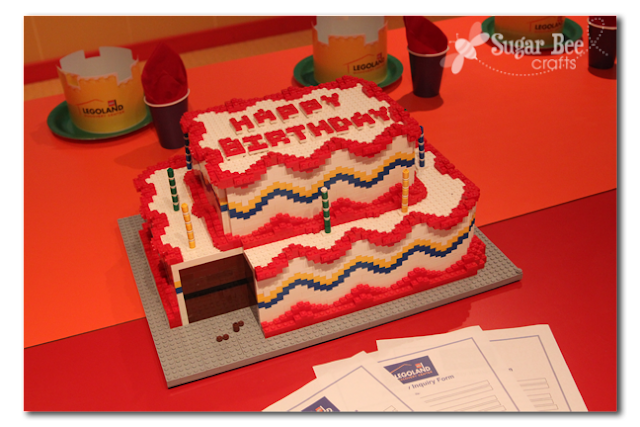 On to the main exhibit – – there were lots of different stations – the boys liked building cars and racing them against each other on the track.  The girls enjoyed the LEGO Friends area, especially the stage area, complete with karaoke. 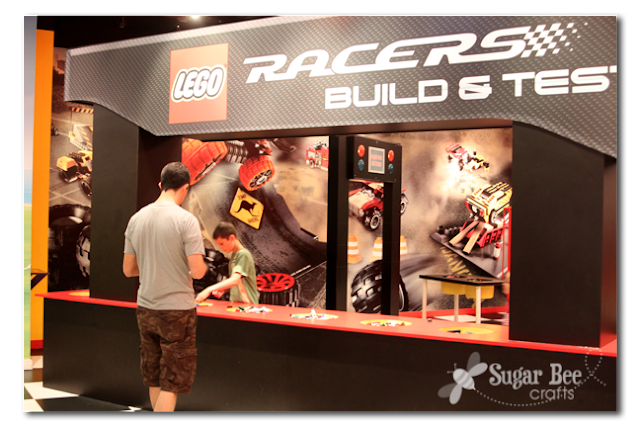 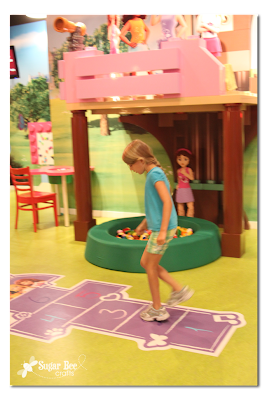 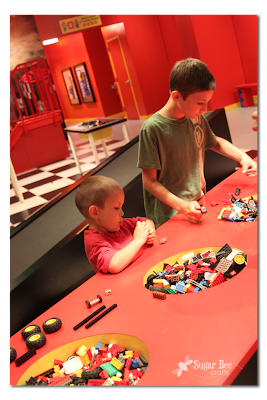 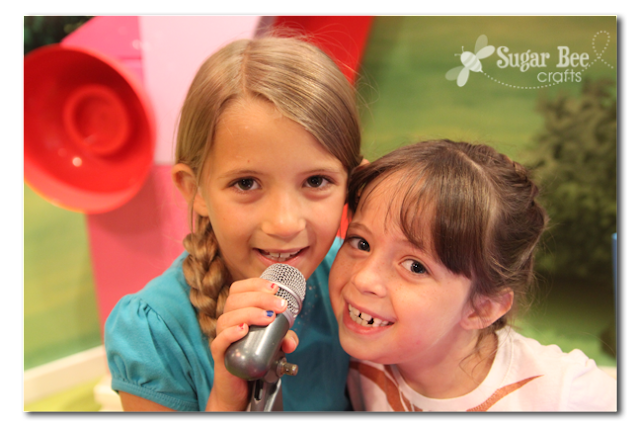 They all loved the section where you can build towers and test them to earthquakes – you turn the knob to the level of strength and the base plate will shake.  The challenge to build a sturdy tower was fun. 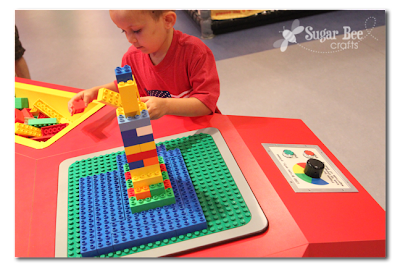 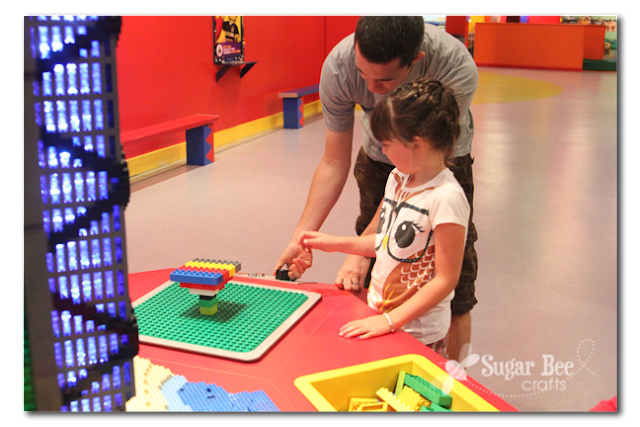 There was a playplace type of area, so be sure to wear socks (we didn’t know that) – slides and tunnels, etc, along with a part inside of it where you can build with giant LEGOS and knock it down with a wrecking ball. 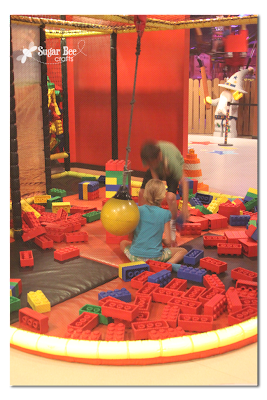 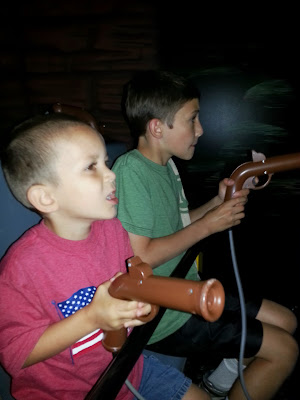 There are a couple of rides – one is where you ride with lasers and interact by shooting at screens around you as you go through a LEGO story.  That was a fun one.  There’s also a Merlin Ride where you fly in a circle – that was fun too. 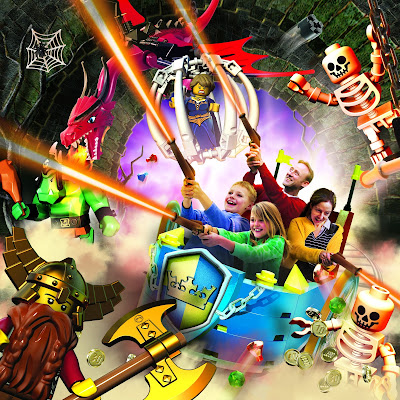 One of the funnest things was the 4D Movie they have – it’s short, about 15 minutes, which was perfect, and it is really cool – it even snows during it!! 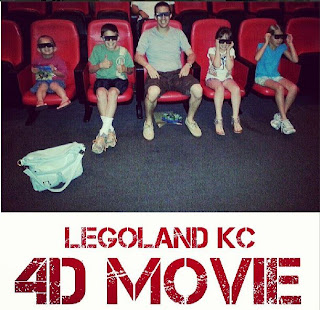 There is a LEGO Pit – – think a Ball Pit, but with sharper corners 🙂  You could climb in and dig around, etc.  Here are the kids in the pit, dreaming of LEGOS…. 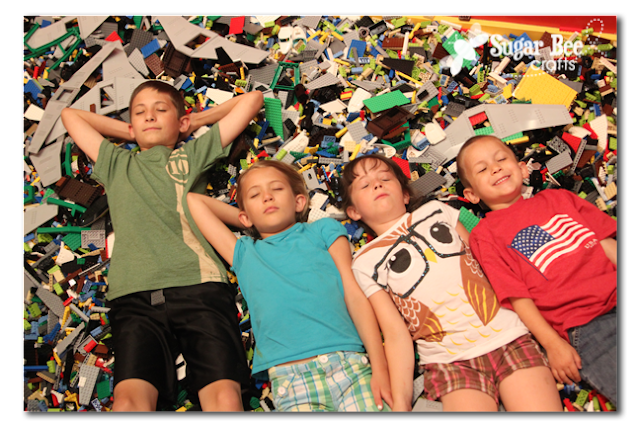 Funny sidenote, as we’re in the gift shop ready to leave, my 3rd Grader is all “hey, is there a LEGO in my hair?”  – sure enough, she was right…. 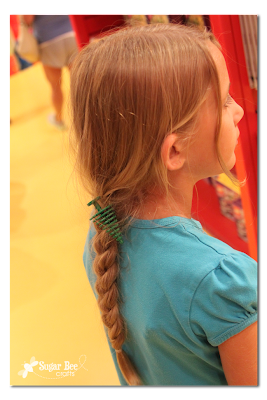 We had a great time!  We even wished there were more – probably like any fun place – you just want more and more of the fun.  If you are in the Kansas City area, you’ll have to check out Legoland Discovery Center.  Here are some fun upcoming events (hello, Star Wars Days?!? awesome!)