I am so excited about this project I just completed — and I have a tutorial for you – let me introduce the Large Tile Trivet: 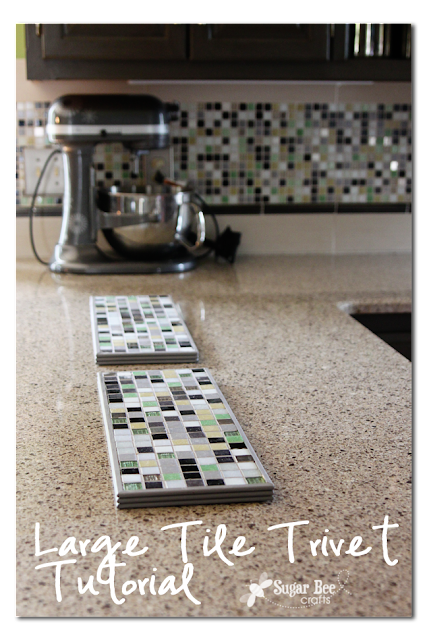 This is great for holding a line of hot dishes.  Next weekend we are having a bunch of family over for lunch, and I wanted to get these made before then.  We usually do buffet style, so now we can line up all the hot dishes, like so: 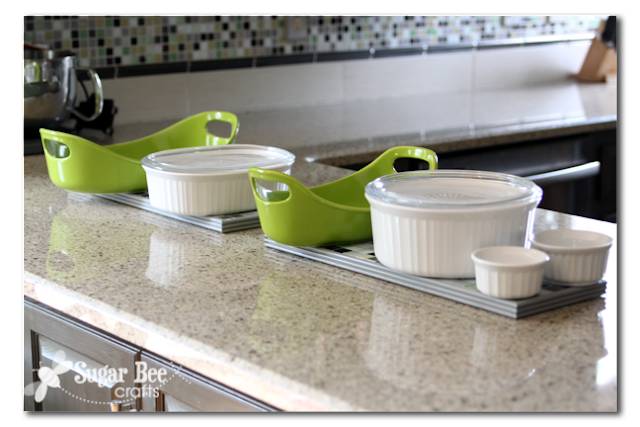 This was really easy to make – I did it! (Trevor cut the trim, but that was it.)  I was sent some Bondera – tiling adhesive and it was perfect for this project.  Basically it is a roll of stickiness that will adhere tile to surfaces.  So instead of messy mastik (the hard stuff you slather on under tiles – weird that I know what it’s called) you just unroll the Bondera and cut it to fit.  So easy that I tackled the project myself. 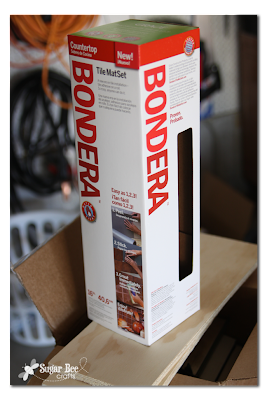 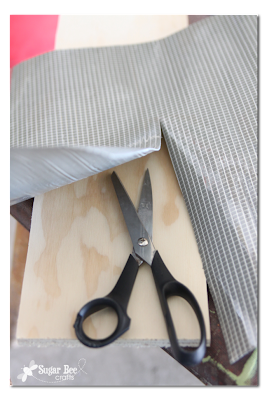 I grabbed a couple of scrap boards from the garage and cut the adhesive to fit. 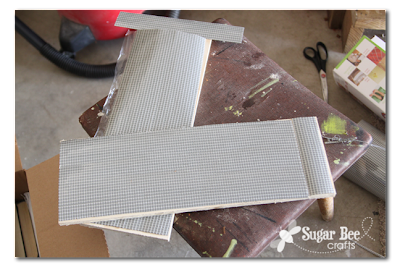 Then peel the backing off and stick it down.  Then peel the top clear protective off – it’s a little tricky to grab, but they provide handy stickers to grab the corners – worked perfectly! 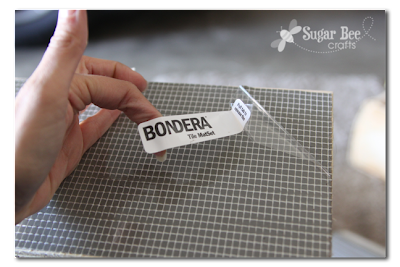 Then just lay down your tiles and press them into place.  It doesn’t get easier than that.  We had tiles leftover from our Kitchen Remodel, so these trivets will obviously coordinate with my kitchen quite nicely. 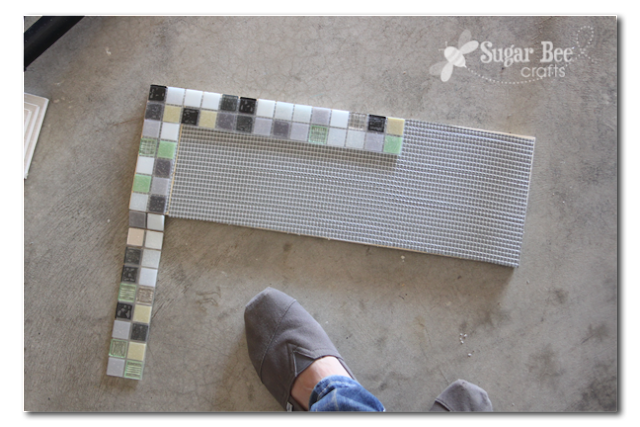 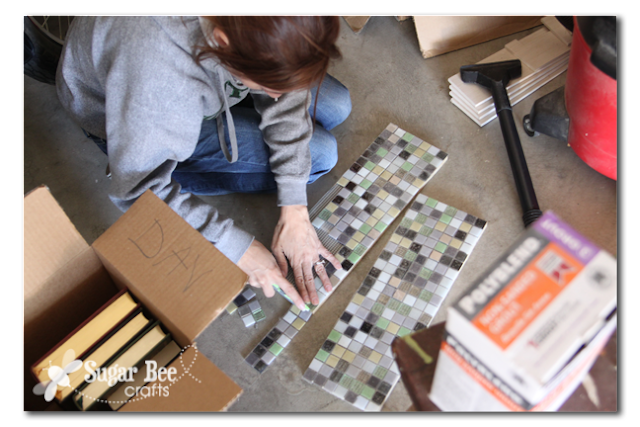 After that, you just need to grout them sometime that day.  Don’t be scared by grout – it’s just like spreading icing.  You want it to be the consistency of peanut butter – then spread on: 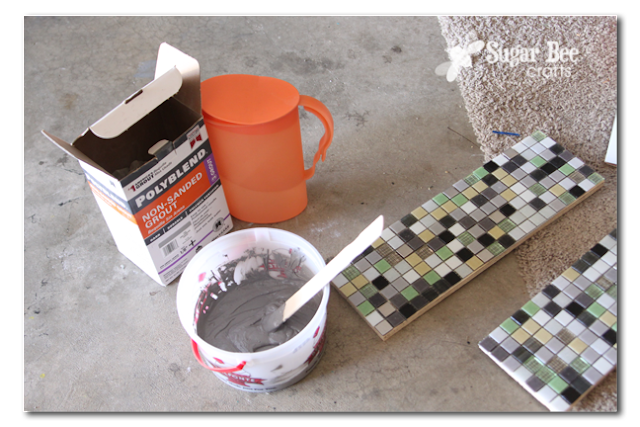 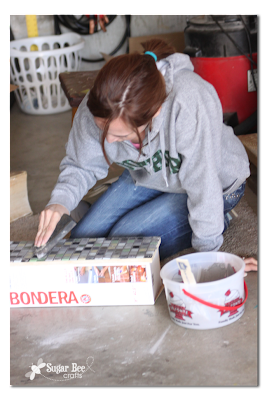 And after it sets a little while (maybe 30 minutes) wipe the tiles with a sponge.  You might need to do that a couple of times.

Then I had Trevor cut me some trim pieces.  I painted them and then used wood glue to just glue them to the sides of my trivet.  Clamps to hold the trim in place while the glue dried – overkill?? 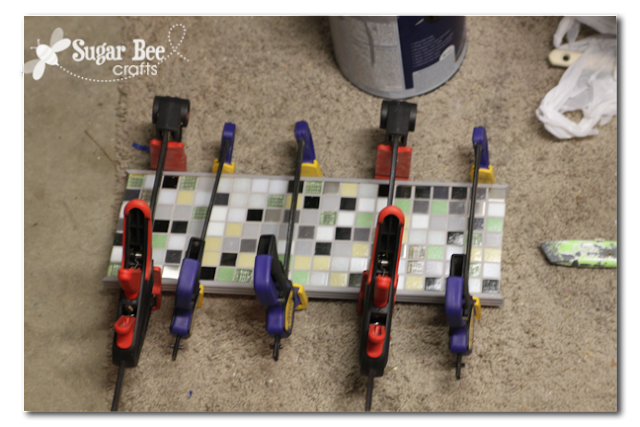 I think they turned out pretty good: 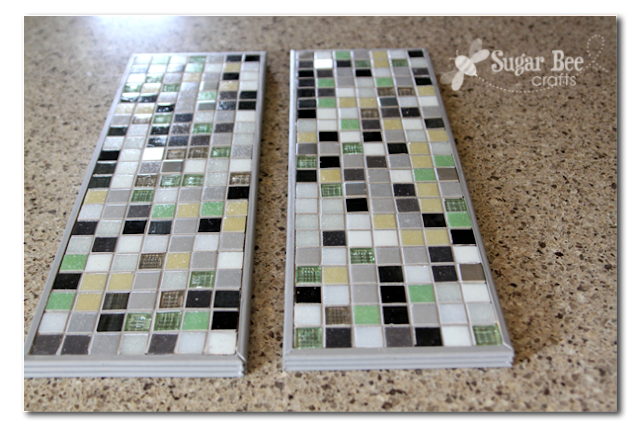 Don’t forget to put felt pad things on the bottom so they don’t scratch your counters – it gives the illusion that the trivet is floating just a little: 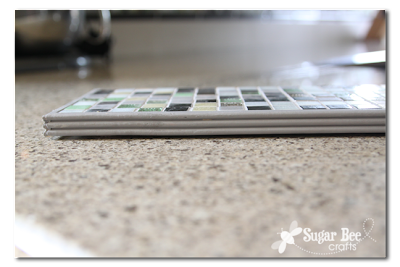 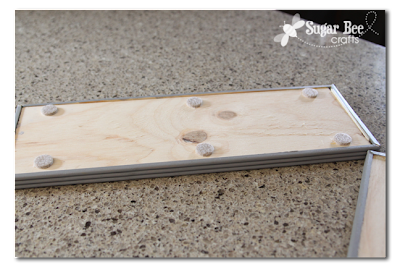 I know you’re supposed to be able to put hot pots directly on my counters, but it still makes me nervous and I use hot pads.  Now I’ll use my pretty trivets.  And on my table as well: 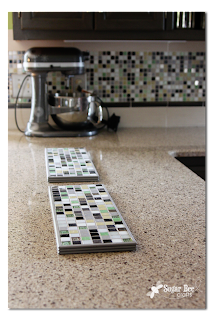 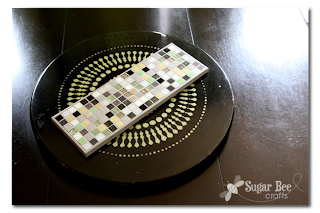 And yeah, the longest part of this tutorial might have been cleaning my kitchen so I could take pictures: 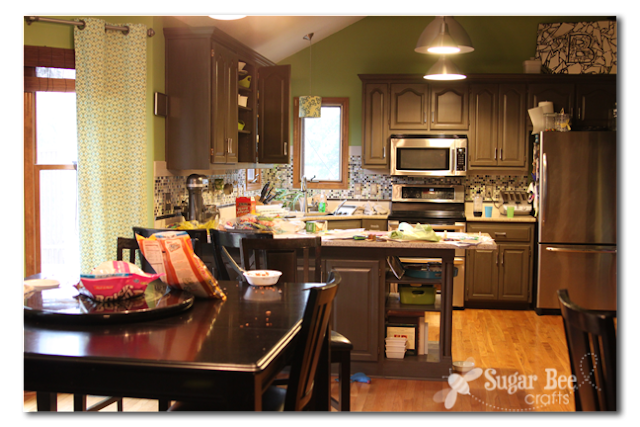 So – have you ever attempted tiling??  Either way, you should give Bondera a try – it was super easy to use and made tiling a project that even I could tackle! You can do it!