I know I don’t usually post on Sundays, but I can’t believe I haven’t posted about this yet — – for all those who live anywhere close to Kansas City, I want to be sure you know about the Open House of the LDS Temple.

You can read about it HERE and make reservations HERE.

Temples are a keystone to what I believe.  I am SO excited to have one so close!!  Normally only qualified members are allowed in the temple due to it’s sacredness, but before it’s dedicated, the public is invited to come and tour and see how beautiful it is.  Everyone is welcome!!  You can get tickets through your reservations, but they’re free.  And if you’re in a pinch and want to stop by without tickets, I’m sure you can get in.  They’ve even added a whole extra week to the Open House because it’s been so popular and time slots filled pretty quickly so they needed some more.

We’ve been several times already – each time it’s been great!  First was when we went through with some friends from Wichita who happened to be in town – no pictures from that.

Then Trevor’s family in the area went through (I was on TV as they went through, so I missed going with them): 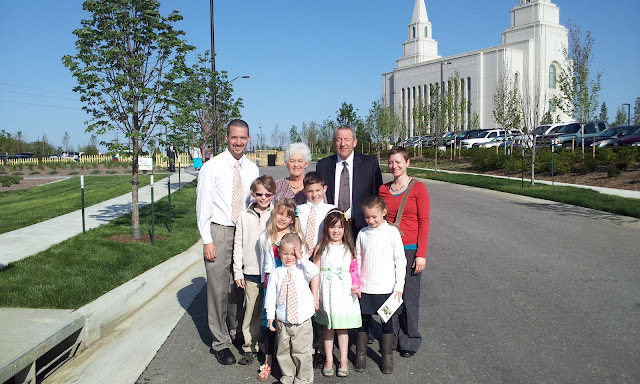 But on the way home from the TV segment, we heard that some of my family were taking my grandpa through the temple.  It was a big deal because long ago he was Bishop of the first ward (or congregation) in Liberty – with only a few church members back then, I’m sure he never dreamed he’d see a temple in the area.  He’s been battling some health problems (he’s 92) and this was great to get him out and through the temple – first time he’s been out in his wheel chair: 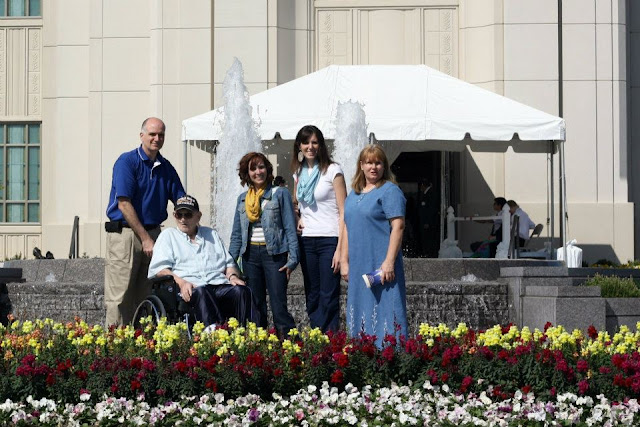 side note for something funny – my aunt took the above picture and some roaming 12 year old boy offered to take the picture so she could be in it – below is the picture he took – – it’s like he couldn’t decide to get the people in it or the temple in it, so he opted for neither – pretty funny: 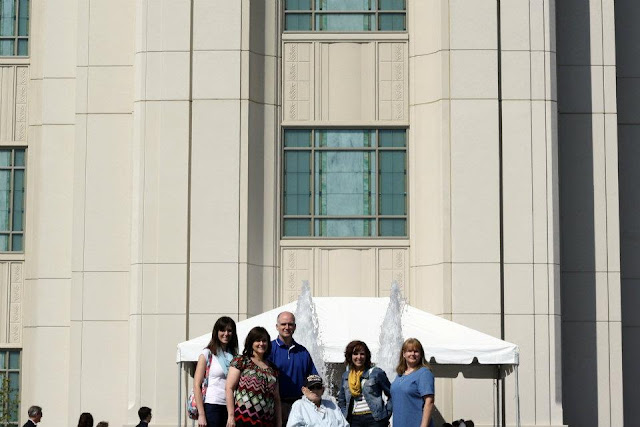 Anyways, then a couple days later we went through again with my parents and grandparents and brother and sister-in-law – again, no picture.  We’re excited to go through another time with our neighbors and then again with some friends from Trevor’s work.

I hope if you get a chance and you’re in the area this week or next, you’ll go on a brief tour – it’s so pretty and special – we want everyone to see it!!