Are you having a Halloween Party this year?  Or just looking for a fun family activity??  Try these Gross-Out Cups that I put together – they’re awesome.  I got them all ready and then had them waiting for when my kids came home from school, to test out the idea.They wanted to call over even more friends so they could feel the grossness.  All of them would shriek when putting their hand into each cup – it was super fun!  And I’m here to help you put together Gross-Out Cups of your own.

They were a HUGE hit with my kiddos! 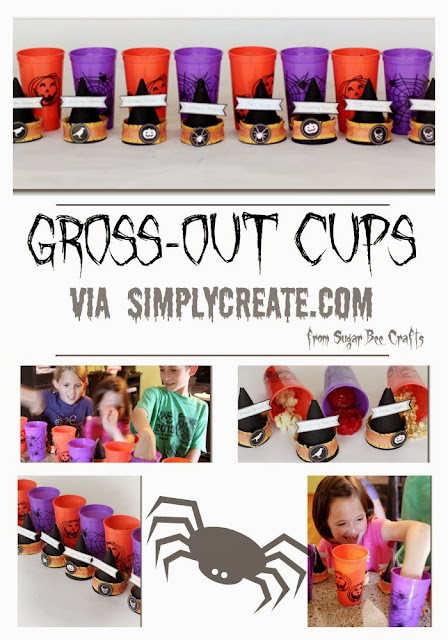 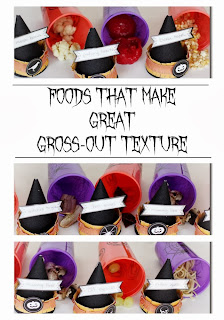 These are the label and food combination that I found paired well.  Just play around and I’m sure you can come up with some of your own ideas as well!

The most favorite at our house was the pulsing hearts – they feel especially gross! 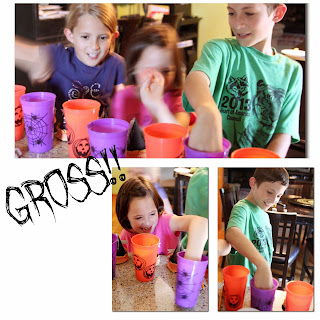 To play, the cups were set up  with the labels next to each cup.  The kids took turns reaching in, without looking inside.  It helps to have deep cups so that the contents aren’t revealed.  As they would each reach in, there was lots of discussion about how gross it was and which ones they wanted to try again.

After the kids were sufficiently grossed-out, they then re-examined by feel to guess what the real food was that represented the gross-out labels – some were easier to guess than others.

This will be a hit at any party!!