2shares
Hi Sugar Bee Crafts readers! It’s Shannah, from Just Us Four, back again to share another recipe with you.
This month, we are going to use last month’s recipe {which I am hoping you all have tried!} for fresh ricotta and use it to make Prosciutto Ricotta Ravioli. 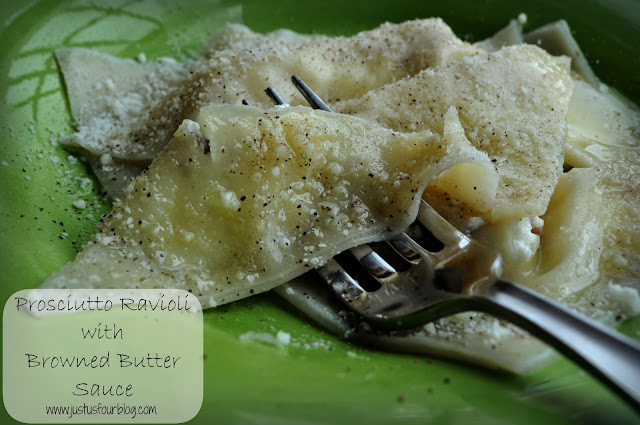 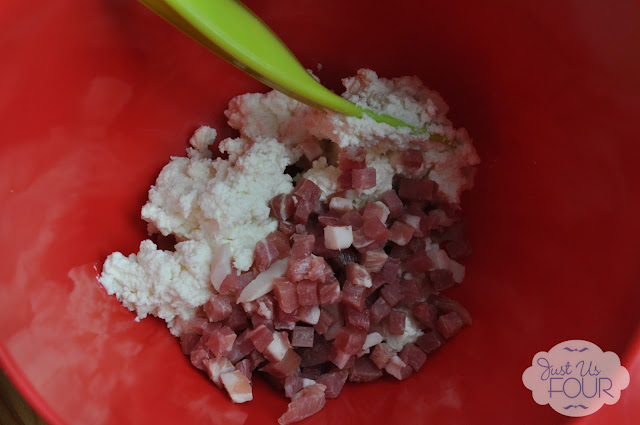 2) On a nonstick surface, lay out one wonton wrapper. 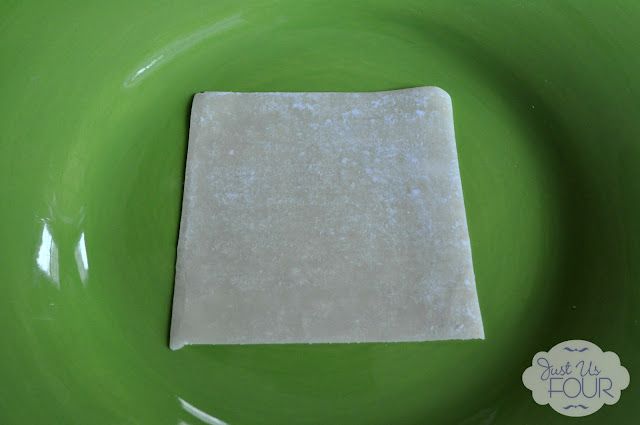 3) Spoon 1 1/2 tsp of the ricotta mixture into the center of the wonton wrapper. 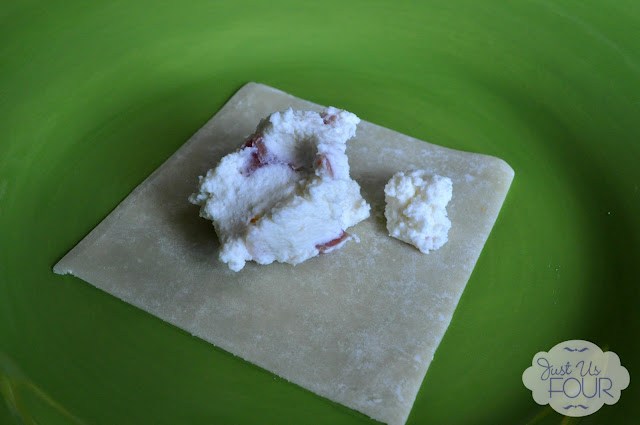 4) Using a pastry brush {or your fingers}, moisten the edges of the wonton wrapper with the water. Fold in half and press to seal. Repeat until you have the desired number of ravioli. 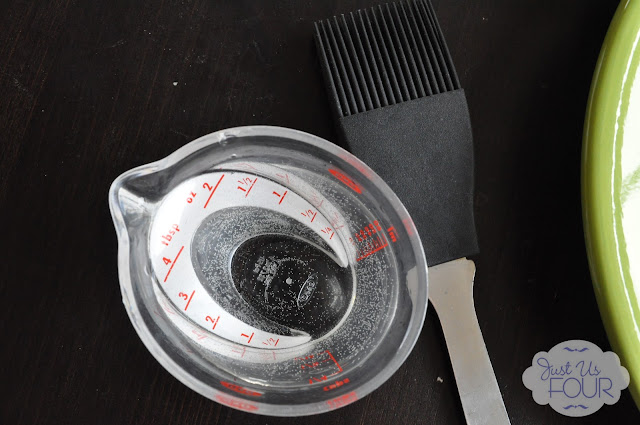 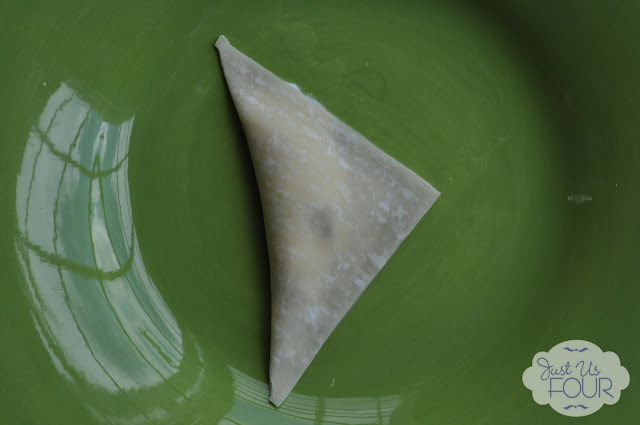 5) Heat a large shallow pot filled with water and 2 tsp oil until boiling. Working with 4-5 ravioli at a time, cook in the boiling water for 3-4 minutes. Remove from water with slotted spoon and put onto plate/bowl. 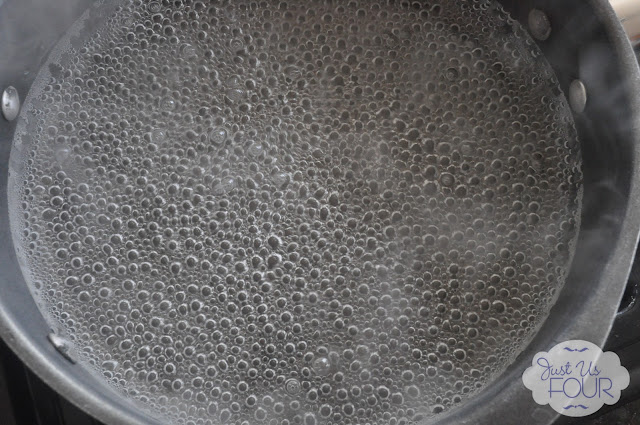 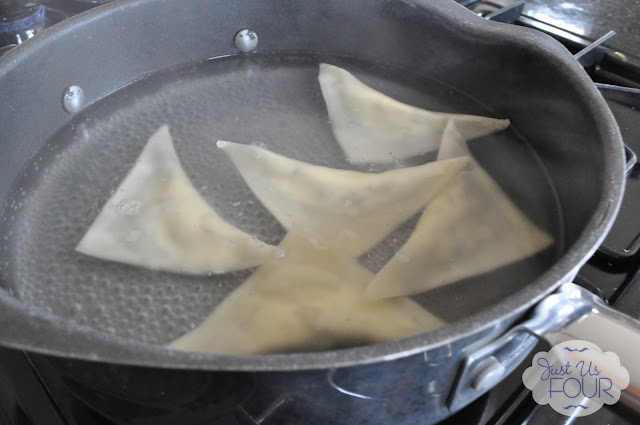 6) In a small skillet, heat the butter until melted, whisking frequently. Once the butter is melted, the foam will subside and lightly browned specks with form on the bottom of the pan. Remove from the heat when the butter emits a nutty aroma. Pour browned butter over bowls of ravioli and top with ground black pepper and remaining 1/4 cup grated parmesan. 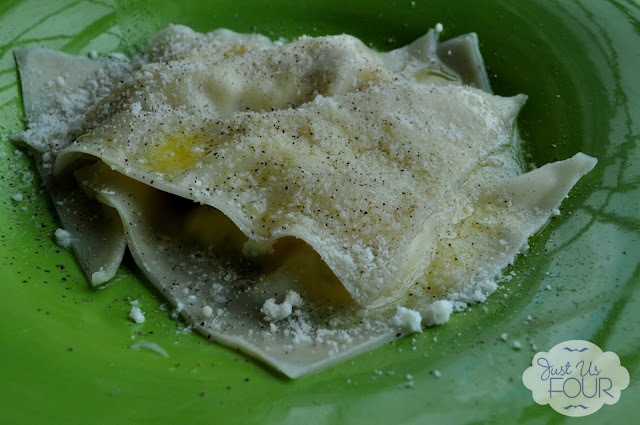 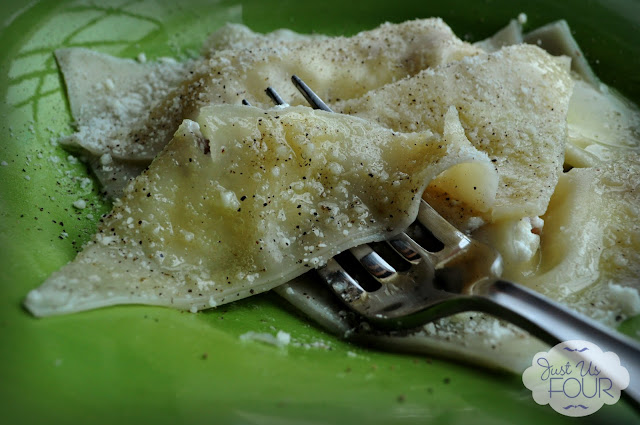 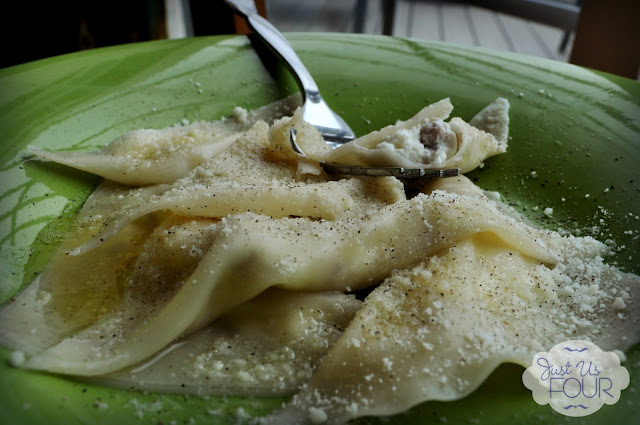 Enjoy!
I hope you’ll come visit me over at Just Us Four to see some other great recipes and crafts that I have to share.
Pin it to Pinterest
Thanks for checking out this post from www.SugarBeeCrafts.com – – click on over to read it in its entirety – you’ll love it!