I am in love with this simple project – it’s so useful!  That’s why I called it a “project” instead of a “craft”….  the DIY Cord Charging Station Organizer: 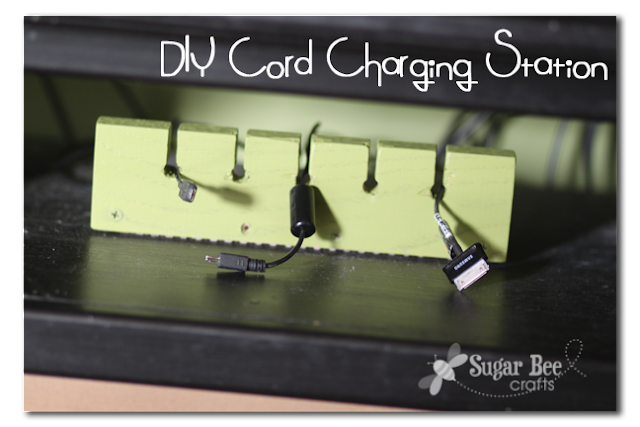 The need for this started when we rearranged things on our desk shelving (due to a new computer that wouldn’t fit in the same spot as the old computer) and opened up a shelf for all the things that need charged to sit.  For me that’s my camera, phone, and tablet.  Trevor fished the wires through the back of the shelf so they wouldn’t show in the front, but I was afraid they’d slip back down, and that would get annoying real quick.

Anyways, I had this idea in my head, and when Trevor mentioned he was pulling out the saw, I quick drew up a fancy diagram for him: 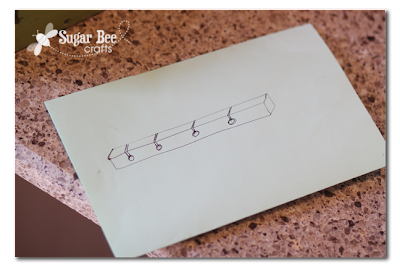 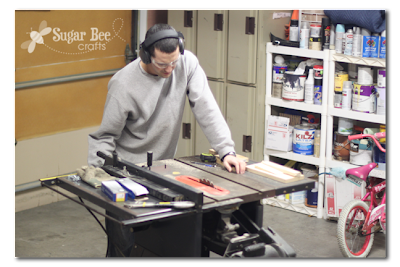 And he made it out of a couple of pieces of scrap wood.  No tutorial because I think the pictures are pretty explanatory – – here it is from both sides: 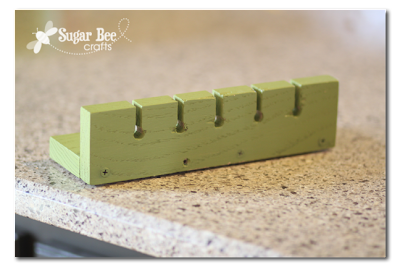 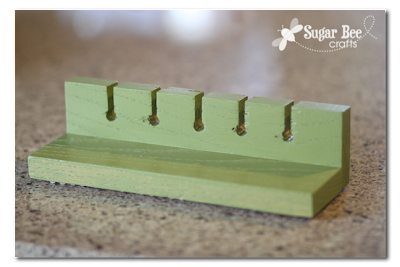 And it has some of that non-slip shelf liner stuff on the bottom so it will stay in place: 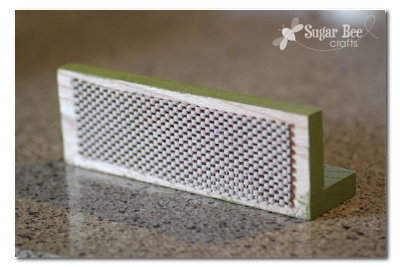 You just slide the cords down the slits – it works perfectly! 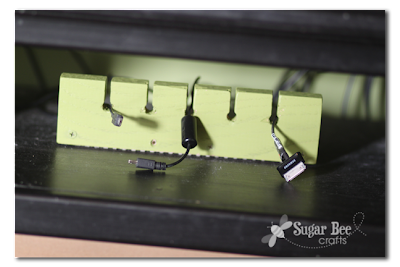 I couldn’t get a picture of all the devices together because I needed at least one to take the picture – – so you can use your imagination and morph these two pictures together: 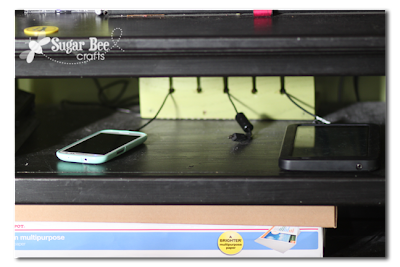 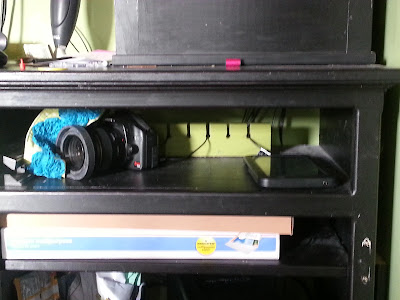