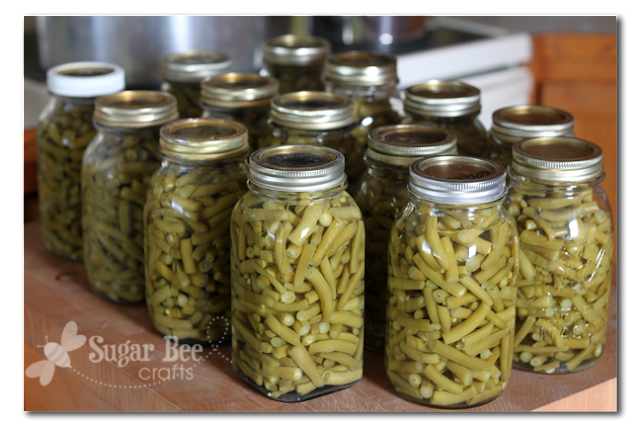 Tis the season – gardening!  I didn’t actually grow green beans, but my mom did.  In order to get some jars of garden green beans from her, we had to put in our time.  So we spent a day at her house (it was teh day we didn’t have A/C, so anywhere but home was great, even if we were put to work!)

First we picked and picked – several sacks worth: Then cut off all the ends and snap the beans into manageable sizes – one bean into 2 or 3 chunks. 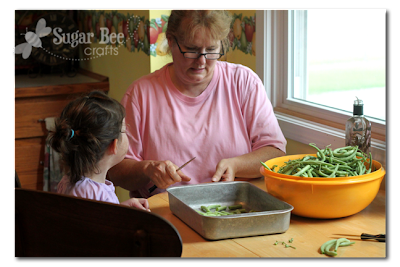 The kids can get really good at snapping.  My preschooler was the best helper (the rest of the lazy bums were off watching a movie…) 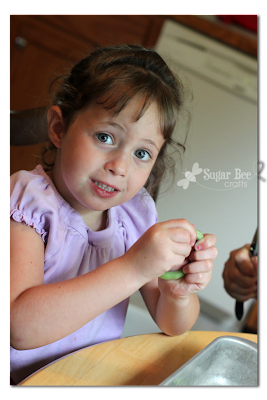 Wash them off after snapping – here’s a sink full: 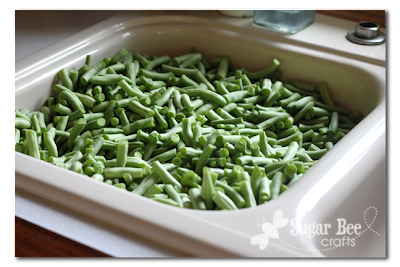 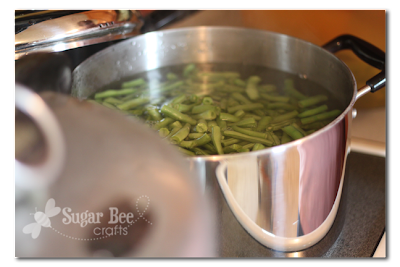 Then spoon the green beans into jars.  Pack them as best you can.  Then pour in boiled water to fill the rest of the jar.  Screw the lids on tight. 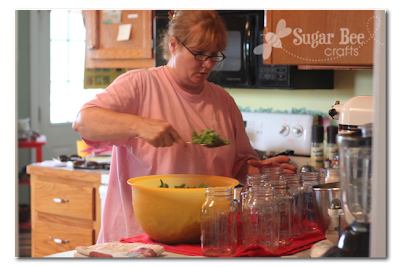 Stick the jars into a pressure cooker.  Let them go at some certain pressure for about 35 minutes (the canning cookbook told us how long, etc – I just can’t remember the pressure level). 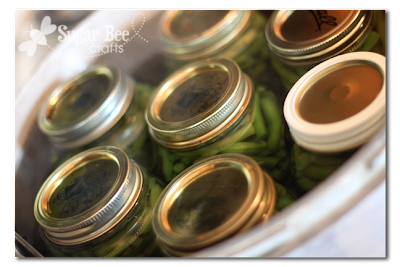 That’s it – – pull them out and let them sit.  As they cool, the cans should “pop” as the seal sucks the lid down on tight.  We had a couple jars that didn’t seal – but that just means those cans go into the fridge for eatting sooner rather than later down in storage.

We had green beans with bacon and onions and butter mixed in – they were delicious!!  Shoulda taken a picture of that, but I must have been too busy eating – – oh well, here’s a picture of the jars again instead…. 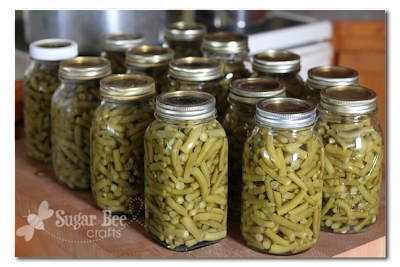 We’ll have to go back sometime soon and pick another round of this many, if not more, and go through it all again.   So, any of you out there attempting green beans in your garden??