I just wanted to give you a quick sneak peek into our home-building – – I have a whole series starting up in 2015 to recap several of the projects, and the experience as a whole, but I want to update you on where we’re at right now.  As I type, we have sheetrock guys (yes, we hired that part out, phew!) making walls – it’s so exciting!  Before that we finished up a lot of the exterior so we could move on to the interior.

The big debate was color – -we got several samples and tried them all.  There isn’t a ton of exterior paint due to the cedar siding – the paint is on the bumpout, the gable ends on top, and the back section of the garage. 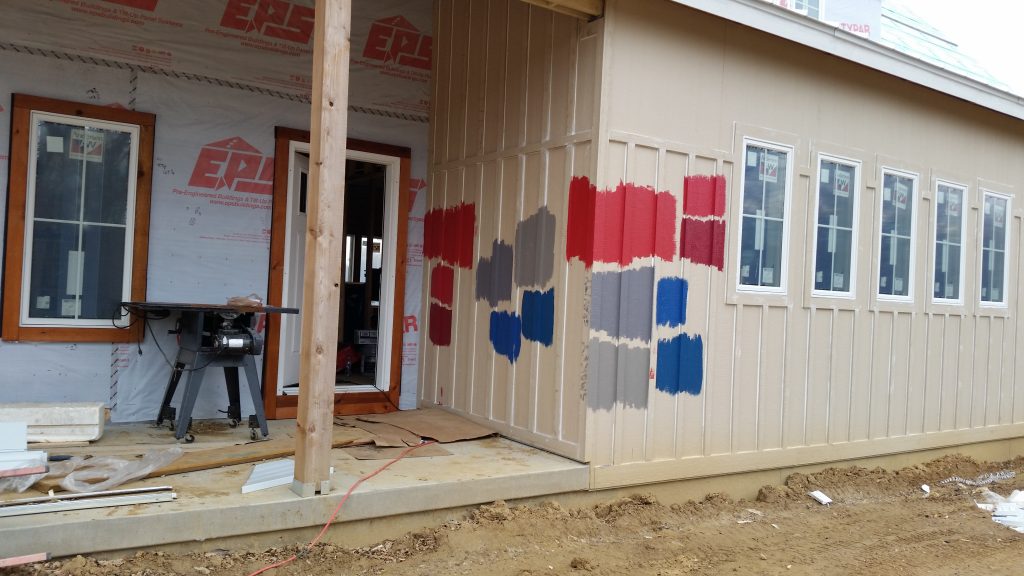 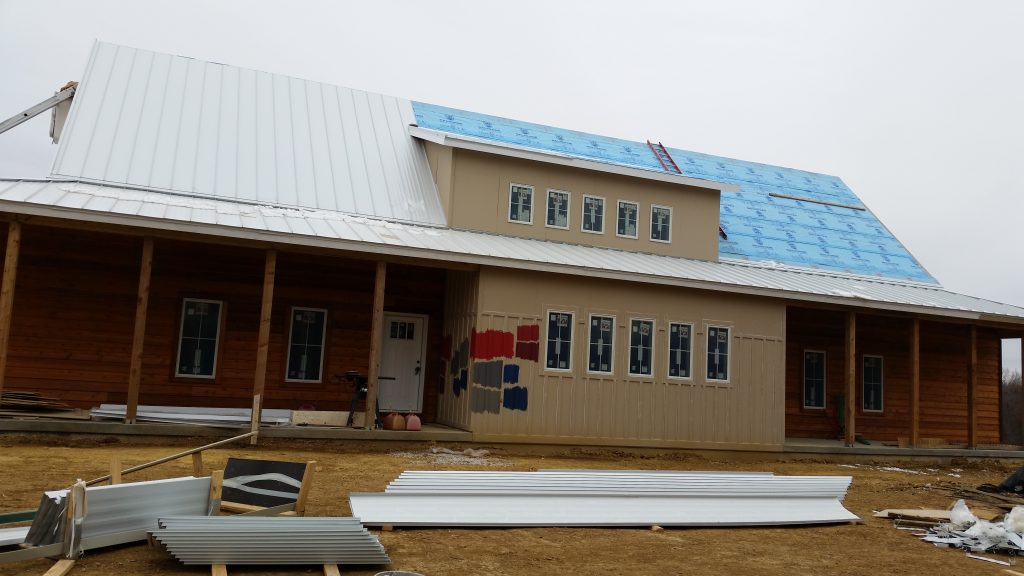 The red looked great but when it came down to it, I just couldn’t get myself on board.  When we started the design process I even said “the look of the outside doesn’t matter too much to me, as long as it’s not one of those barn houses” – and then we almost went with a barn house.  Almost.  Getting the samples to try it out on the house was so worth it! 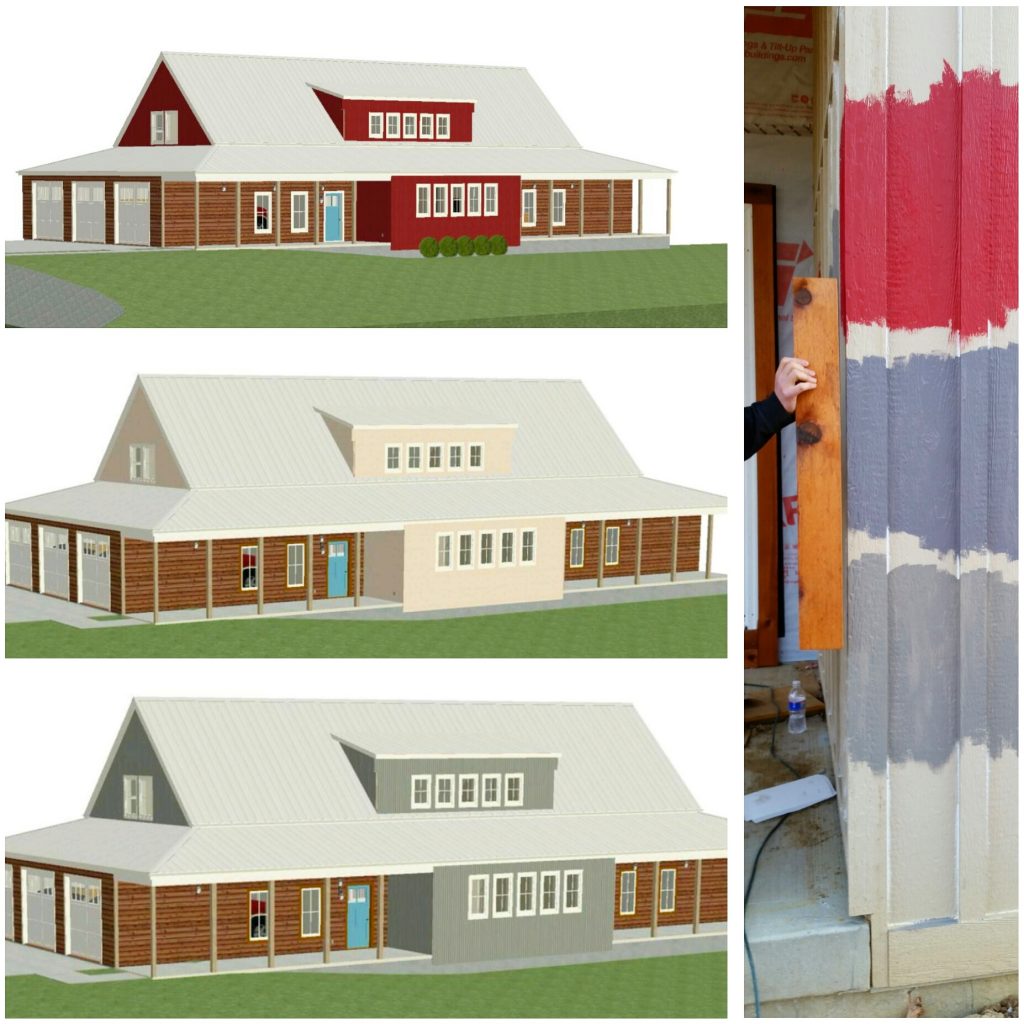 So we ended up with gray and it turned out great.  We used Behr Marquee paint in Magnet (I was sent paint for this project, but all opinions are my own).  I know I’ve raved about the Marquee line of paint before, but in case you don’t know, it’s awesome.  It’s so thick and has amazing coverage.  It’s hands-down the best paint I’ve ever used! 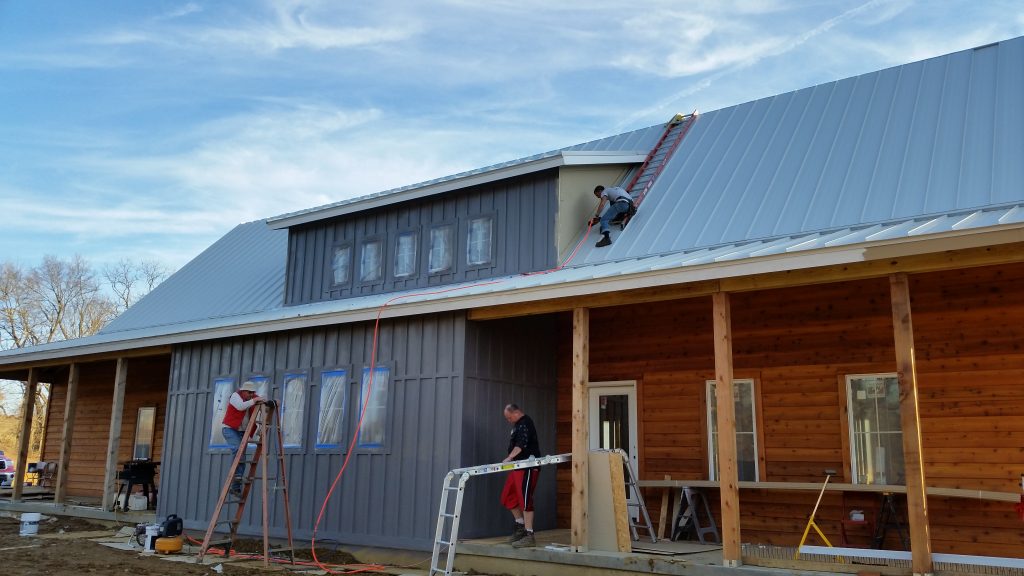 We had several people helping with the exterior painting, and we ended up spraying most of it on.  Spraying went so much faster than rolling it on, so I was glad that they had a sprayer on hand. 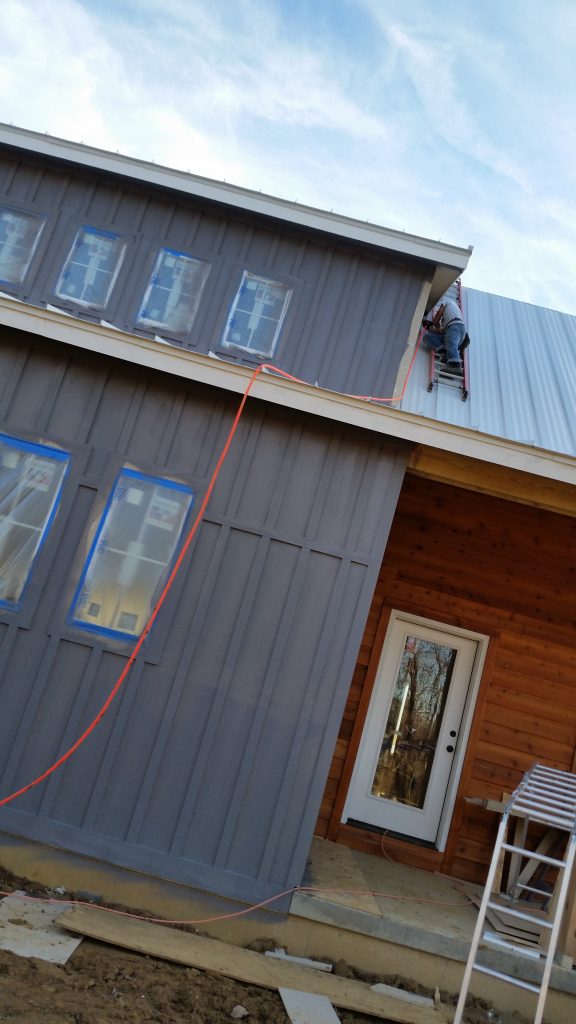 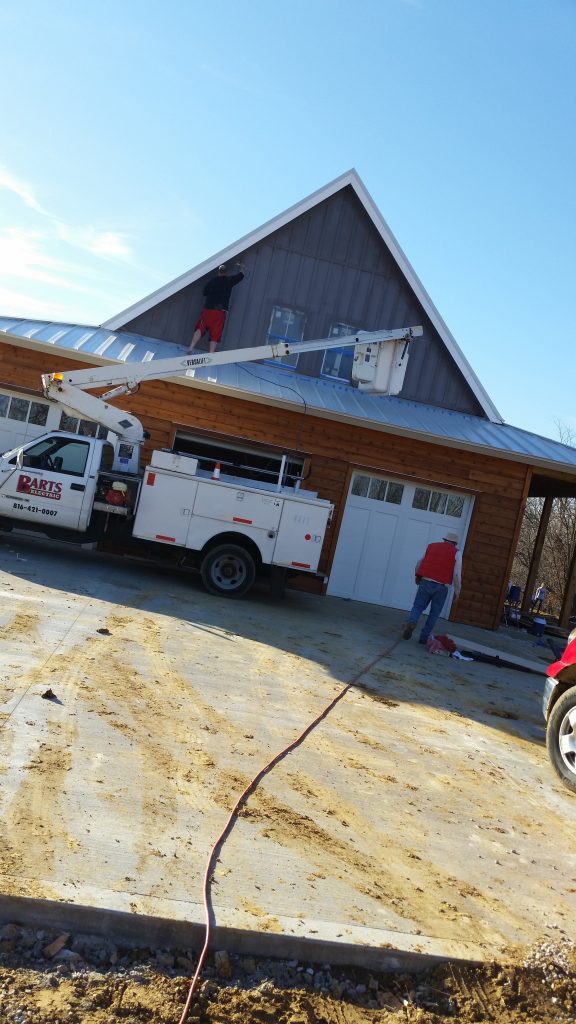 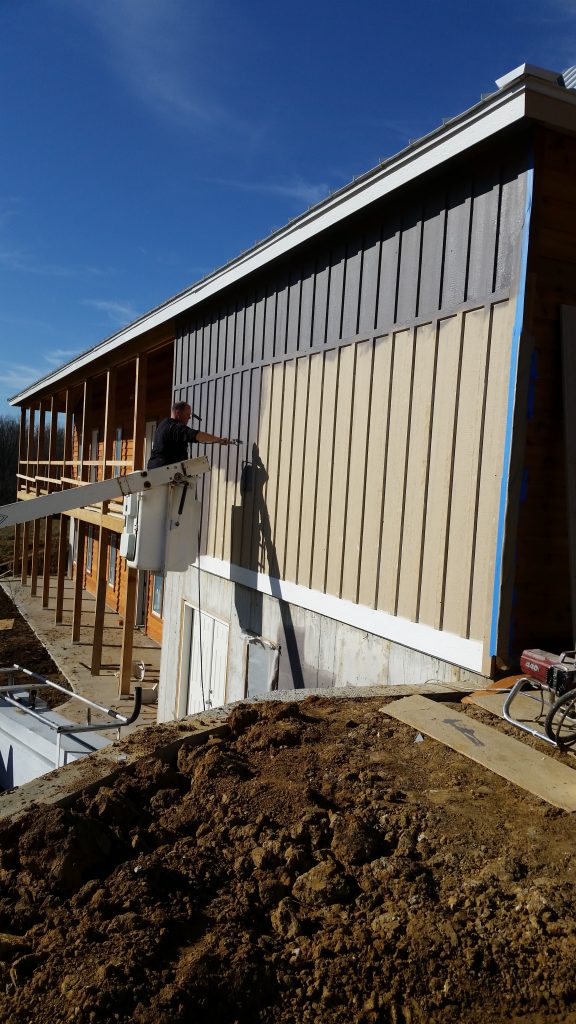 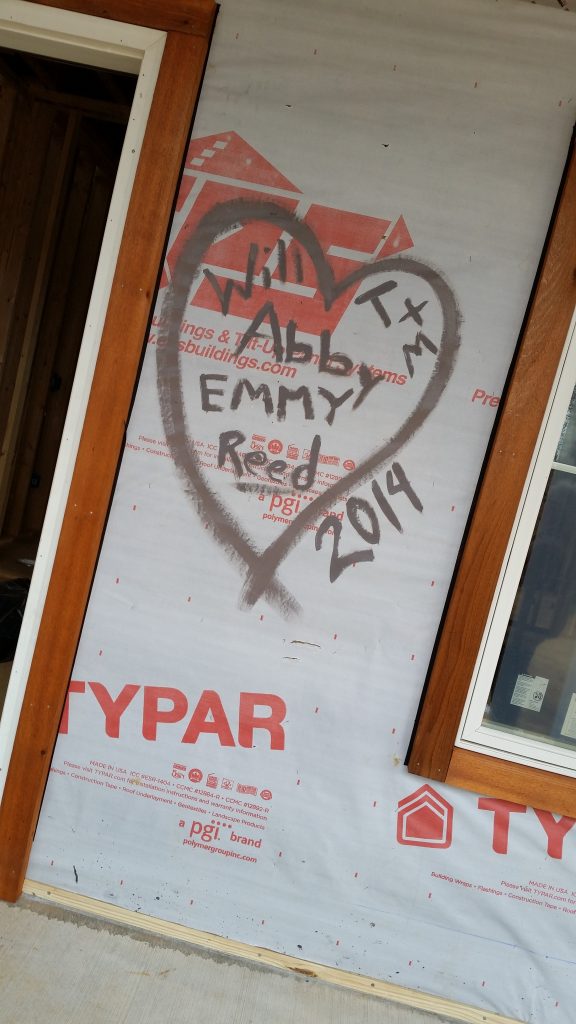 After the color went on, we were all super excited about the final result: 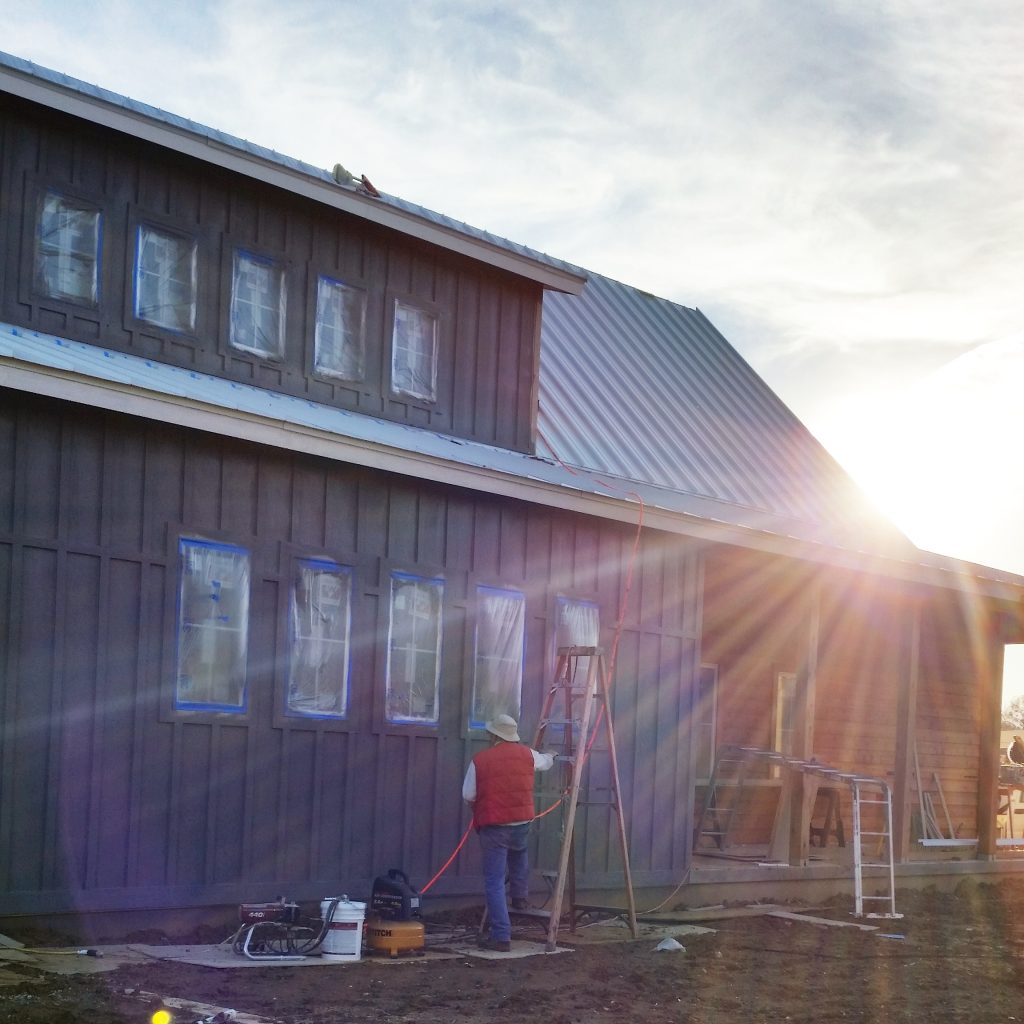 And now we’re moving on to sheetrock, like I mentioned – here they are, loading in large sheets through the upstairs window – so exciting! 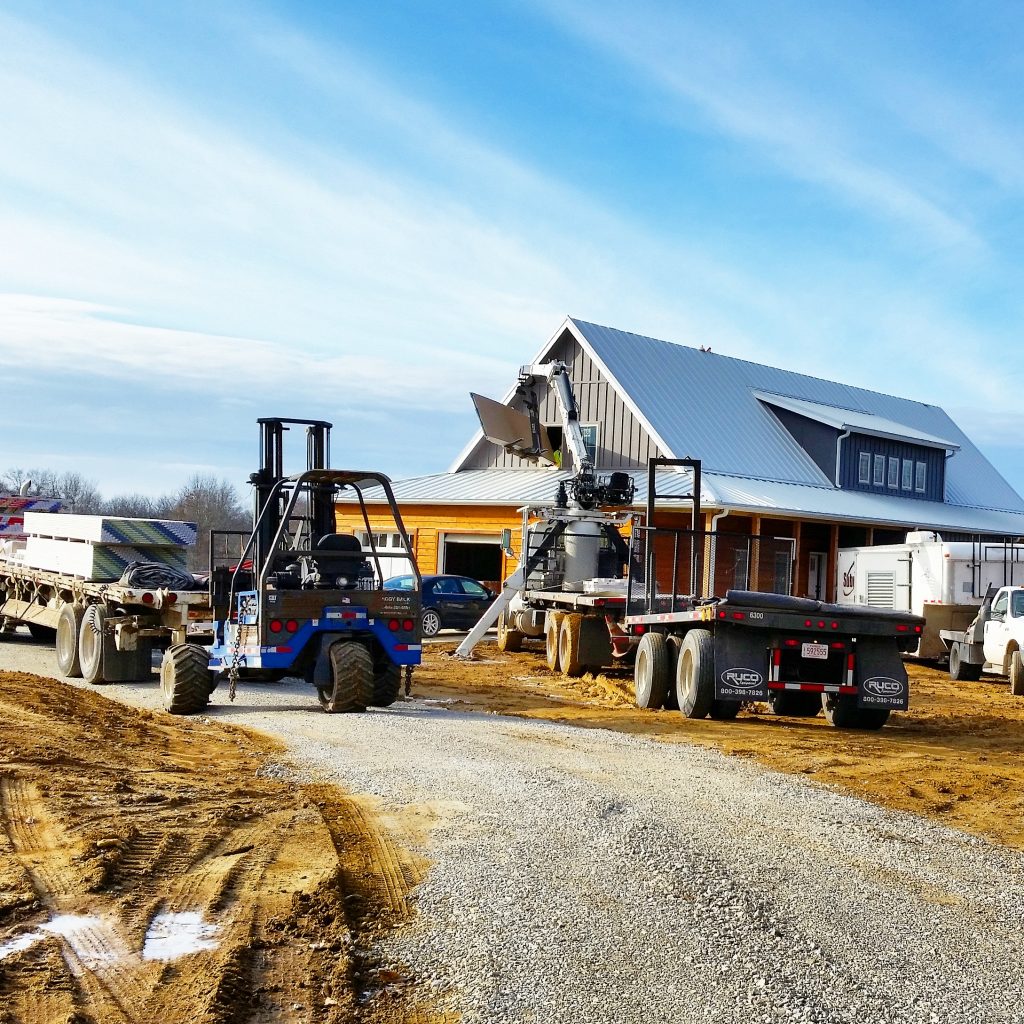