The Beginning. I’ve been known to say things like “I’d never move to that town” and “I’d never live close enough to my parents that we attend the same congregation” and “I would NEVER build a new house”.  And yet, here we are.  We’re in the middle of building our own home.  Ourselves.  Cause we’re a little crazy!  I’m kicking off the year with the first of many posts in the new Building Beyeler Hollow Series.   And what better place to start than the beginning…. a very good place, to start…..

So, we had lived in our home for about 5 years.  The longest we’d ever lived in the same home.  And we loved it.  We moved in when the kiddos seems so little!  And there were only 3 of them… 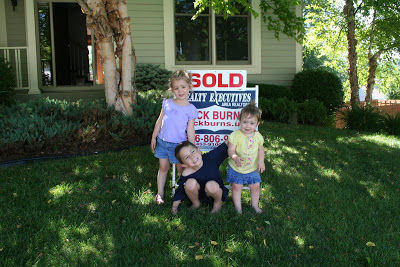 The house was perfect for us.  I loved it.  It was exactly what we needed for that phase of life – all bedrooms upstairs, big main living area, super fun basement, and the hugest yard I’ve seen in a subdivision.   We bought it right when we walked in – without even touring the whole house we said we’d take it.  The suburban neighborhood was perfect, and shaped our kiddos.

As years went by, we debated if it would be our forever home.  We loved it, and loved where it was at.  There were a few things I felt like it was missing – a forever home needs a master on the main level (for when you’re older and can’t do stairs) and I really wanted a guest room, which we didn’t have.  We debated adding on bedrooms, opening up the main level, etc.  We kicked around lots of ideas over the years.

All the while we were aggressively paying down our home loan.  We’re huge debt-free proponents and  had dreams of paying it off in a little over 5-6 years.  So we had a grand plan to pay off the house, then start looking for something with a guest room, master-on-the-main-level, and maybe some acreage.  More and more we talked about getting out onto a little land.  But it was a ways off.

Until our neighbors moved.  The ones across the street.  The kids’ bffs. They had grown up together. We had both talked about moving on someday, but they jumped the gun – I blame them for kickstarting our house hunt 😉 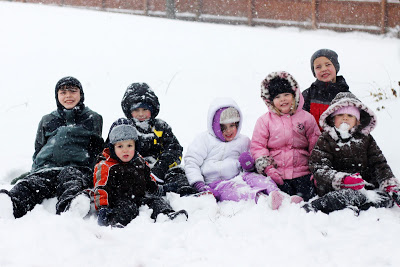 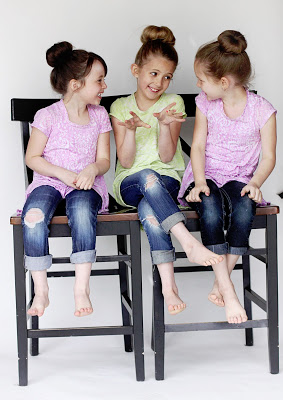 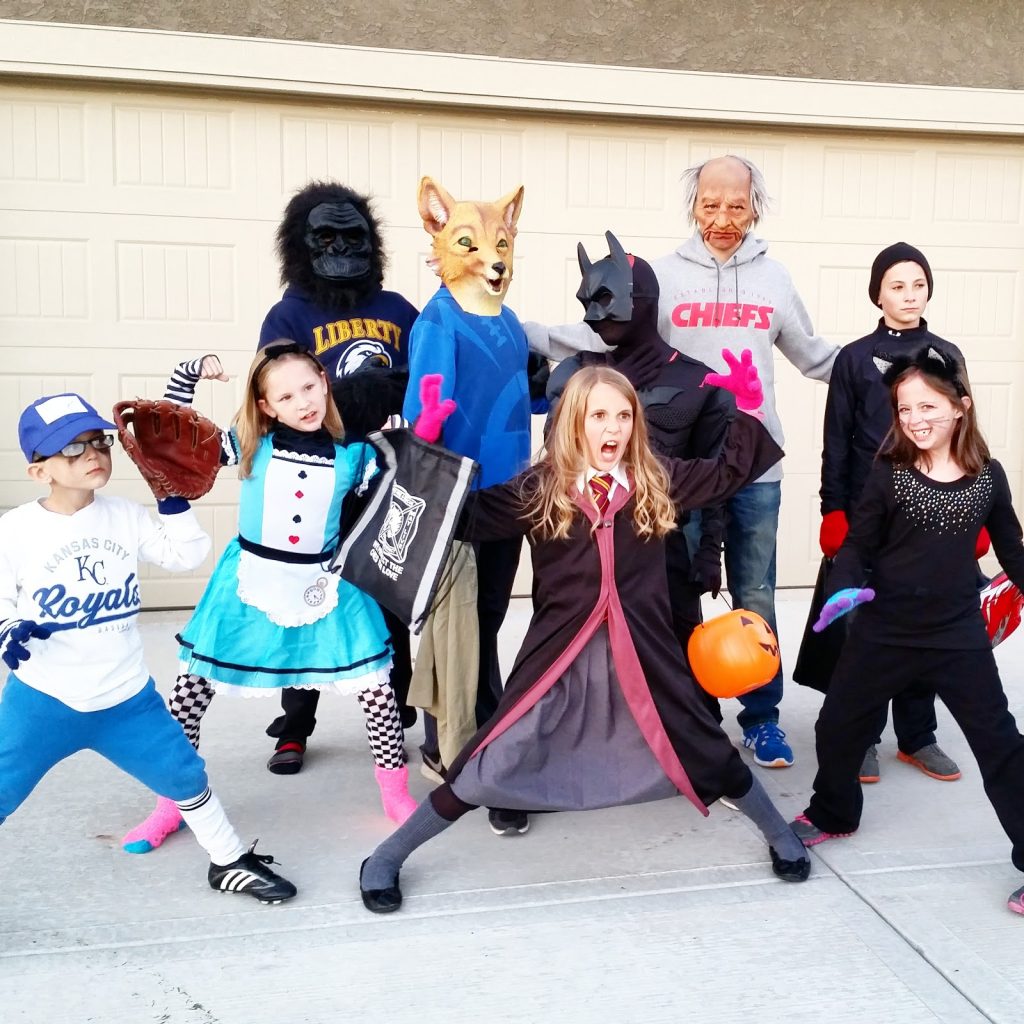 And so with them moving, we thought, maybe we should look around.  Just to see what was out there.  And you know, once you start looking, and get it in your mind, things start to snowball.

We spent countless evenings pouring over online house listings.  We wanted to stay in our general area but on a few acres, and that was a super hard find.  We looked at several houses, but nothing was right.  Trevor had a massive spreadsheet where we could rate houses we looked at against our house, and our house would win each time.  We would stay. Phew!

Then we looked at a house that was outside of our area. We almost didn’t even look at it.  A little too far, I thought.  But it was closer to my family, which seemed nice.  The house won me over – it seemed to be made for our family!  We wanted 6-7 bedrooms (4 kiddos, master, guest room, craft room = 7) and those are hard to find on acreage.  Most houses on land are just 3ish bedrooms, but this had 7!  It was on 10 acres, with a creek on the side.  It had a pool.  It had an outbuilding.  Master on the main level.  It wasn’t perfect, but it was calling to me.  We broke out the spreadsheet criteria, and that did it – this house beat out our current house.  It was the one.  The dream house.  We decided to make an offer – told our realtor – and the dream was crushed.  They had accepted an offer from someone else that day.  I held out hope that it might fall through, maybe the financing wouldn’t work out or something.  I stopped looking at other houses knowing this was the dream house.  But then it wasn’t.  Bummer!  I held on to hope that everything happens for a reason.  We still refer to this as The Dream House whenever we drive by it – it’s probably become more dreamy since we can’t have it than it actually would have been 🙂 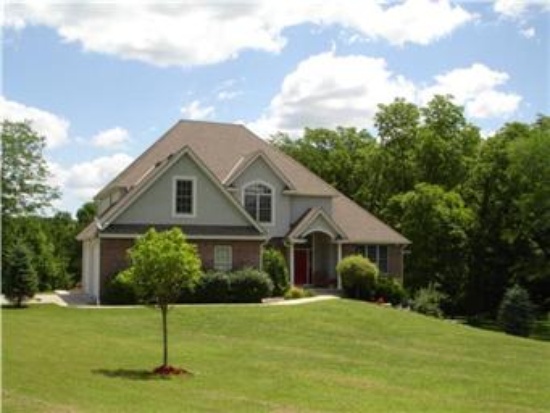 Looking back, I think that the reason we needed to love that house was to help us realize that we could move a little farther out location-wise than we thought.  I would have never picked living that far away from our current house, until I saw the dream house.  And once I caved and said maybe it wasn’t so far out after all (because I would only cave for a house that I loved, just to make it work), that opened up  tons more options.

So we looked at a house that seemed like it would work. It had an amazing kitchen.  10 acres.  Enough bedrooms if you counted finishing the basement.  But I didn’t love it.  I tried – we looked at it 3 separate times.  But it wasn’t calling to me – it just didn’t feel right.  And it had a giant fireplace that divided the kitchen from the living room that drove me crazy.

Meanwhile some friends of ours bought a large piece of land with a home on it, and they were wanting mainly the land.  We were interested in mainly the house.  A perfect match!  The house was older, and I’m weak for older homes (we’ve redone 3 others in the past).  It needed major renovations, but it would be a fun challenge.  It had a good layout and huge basement.  It would come on 5 acres.  The driveway is what movies are made of, winding picket fence and tree-lined.  We met with them and hashed out details and put in an offer and waited.  It had won me over – I thought it was the one.  The new one.  I was already dreaming of how’d we’d reconfigure rooms to house a craft room, so you know it was serious.  And so we waited for their counteroffer.  But it took us completely off-guard  – – it was no counteroffer.  They had decided they wanted to renovate the home themselves and move their family in.  Great for them, but bummer for us! 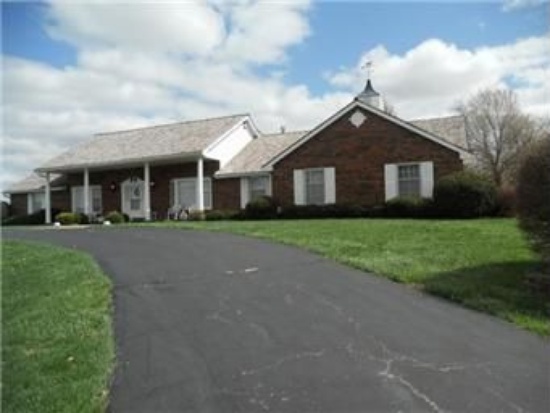 0 for 2!  They weren’t meant to be.  Obviously.  But what WAS meant for us? Staying in our current house? The house that I didn’t really like?  It was still on the table.  And we looked at even more houses.  But nothing was right.  We even debated buying a slightly larger home in our same neighborhood.  Tried to weigh all options.  We hunted all summer long – we thought if we were going  to move, the summer was a great time. I was convinced if we were going to move, it was now or never because I didn’t want to move when the kiddos were in the middle of junior high, etc.  If we were going to move, it was sooner than later, or just not at all.    But summer was fading, and so maybe we were meant not to move.  Which was totally fine too.  I really loved the house we were in, the people that surrounded us.

What ended up falling into place, I would have never even dreamed of – that story, next installment….