What?  I’m already posting about stockings?!  You may think it’s because I’m early on the holiday posting, but actually it’s because I’m super late – I finished these last year just a few days before Christmas, so it was too late to post about them then.  But I can’t just not post about them – because they are Ah-Mazing, if I do say so myself.  Intricate Felt Stockings – they took a while, but it’s SO worth it!!  This post may contain affiliate links. 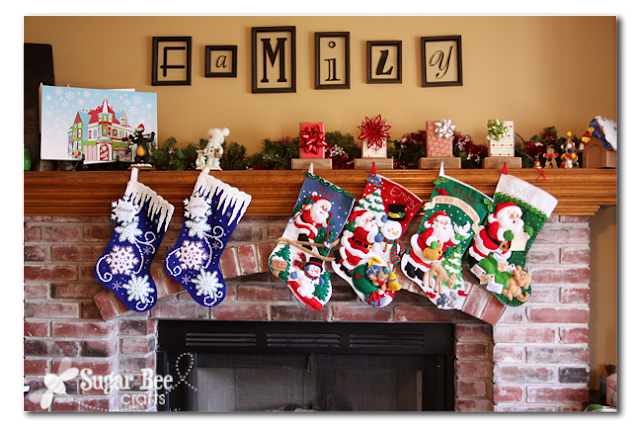 I am posting about them now to give you time to make some yourself.  They’re not hard, but I’ll tell you, they take some time!  Just grab a favorite show, and work on these in the evenings, and you’ll make progress. 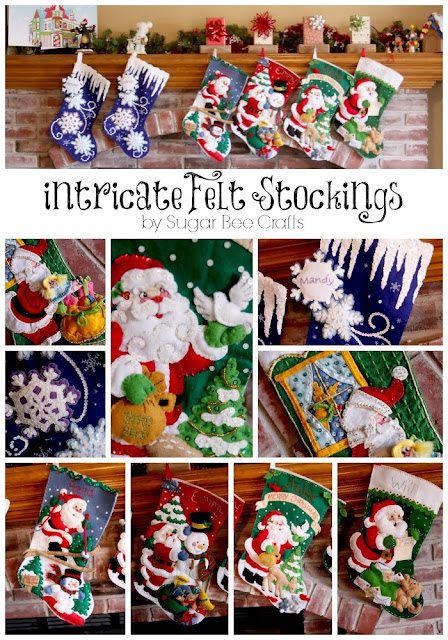 These are actually stocking kits.  They are Bucilla Brand and this is not a sponsored post at all, but they’re the best in my opinion.  You can find several kit options like This One on Amazon.  For my oldest it had a Santa, so I stuck with that theme as I choose kits for the next kids – I narrowed it down to kits with Santa and went from there, trying to match personalities.

Did you have a felt stocking growing up??  I did, and I’m sure it’s why I assume that’s what I had to make for my kids – they’re ingrained in my soul.  (Trevor’s family never had their own stocking – they just had a big pile and picked each year which one they wanted – that’s crazy to me!)  Here’s the one my mom made me – in it’s vintage glory: 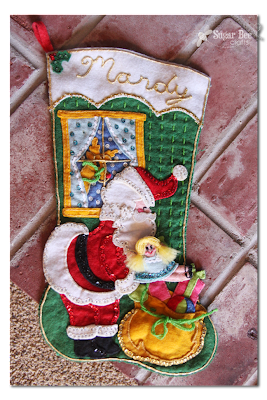 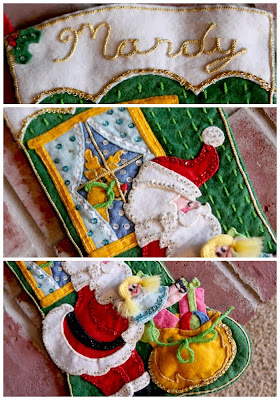 So as a newlywed (without exposure to the blog world to keep me busy) I bought 2 matching stocking kits similar to this one and set to work the foundations of stocking memories to come. There aren’t that many pieces on these ones, but there is a TON of sequin work. 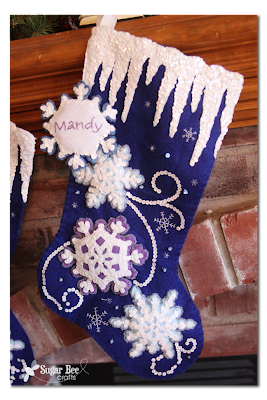 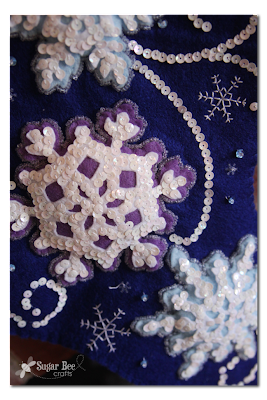 And then when I was expecting our first baby I got to work on his.  That year we were supposed to take a family skiing trip, but he was due at the end of November and ruined trip plans – so I choose a skiing Santa for him: 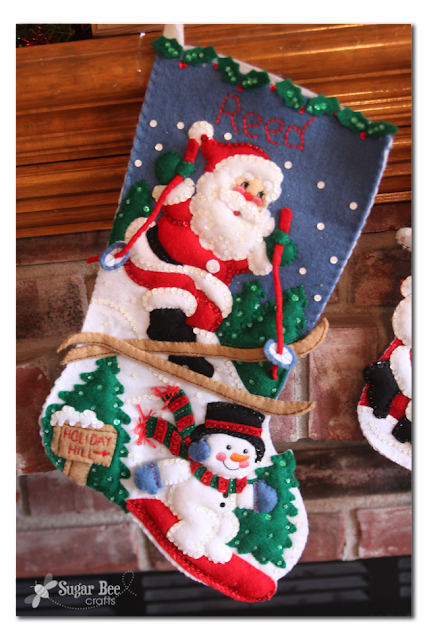 As life moves along, it gets busier – – I made this one for kiddo numero 2, but it wasn’t ready in time for her first Christmas.  I think I had it done by her second Christmas (but maybe it was her third…)  – – I liked how this one had a toy bag like my stocking as a kid: 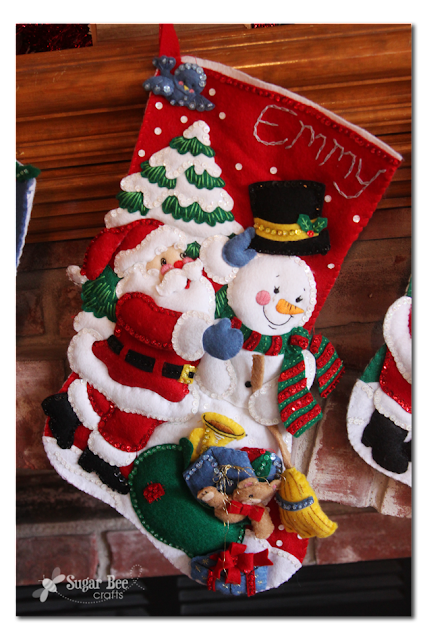 Then I dropped the ball even more… kiddo number 3 was a surprise, so I bought the puppy stocking, thinking it was pretty gender-neutral.  She ended up being a she.  I worked on it before she was born, and didn’t get it done, or after, or that year, or the next… so she was 2 without a stocking and baby number 4 came – and he was a boy.  And I started to think the puppy was more of a boy stocking.  So I got it done, for him.  And so miss number 3 – I picked out a nature themed Santa one which really fits her personality, and got to work.  And kept on it.  And I got it done – she finally had her own stocking!! And she was 5 years old. Old enough to know that she didn’t have a stocking of her own yet. But hey, better late than never 🙂 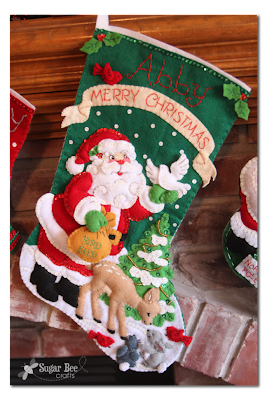 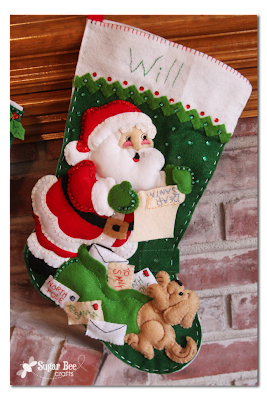 Don’t look close at these – there are lots of imperfections and places where I just made up how to do them – and the puppy one even has a missing envelope in the mail bag that I still need to fix…. 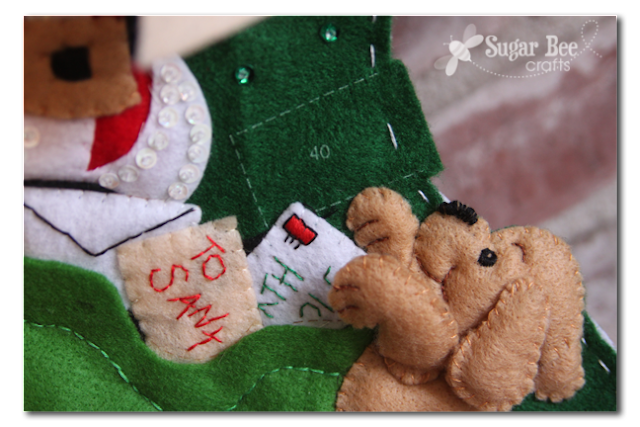 So – the nitty gritty on how these kits work….
–You will get everything in it!  All you’ll need is some stuffing to make the pieces fluffy and stand out, and some scissors.  It even comes with sewing needles.
–It is all hand-sewing!  There are diagrams describing how to make various stitches, but some I don’t understand and I just do it however will make it sew together and don’t worry about making pretty stitches.  Since it’s hand-sewing, it makes for a great couch project (love those!)
–it comes with folded pieces of felt with stamped lines of shapes on them.  You just cut all the pieces out.  But just cut out each piece as you work on it.  If you cut them all ahead, you’ll loose some for sure (see above…)
–it’s like a sew-by-number.  Piece “1” is the stocking itself.  Then you just start attaching the pieces in order.  Find piece “2” and sew it on, then piece “3” and so forth.  For 3-D pieces (like say the toy bag or puppy) it’ll say “sew piece 23 to piece 24” and then attach it.  The stocking has outlines of where the pieces attach (you can see that above in the picture with the missing envelope, which is piece “40”).  There is a big “pattern” which is just a picture of the stocking with all the pieces numbered so you can get an overview.
–Don’t skip steps – do all the sequins and embroidery, etc.  The details is what makes these amazing.
–Remember, it’s not hard, just tedious.  You can totally make one! 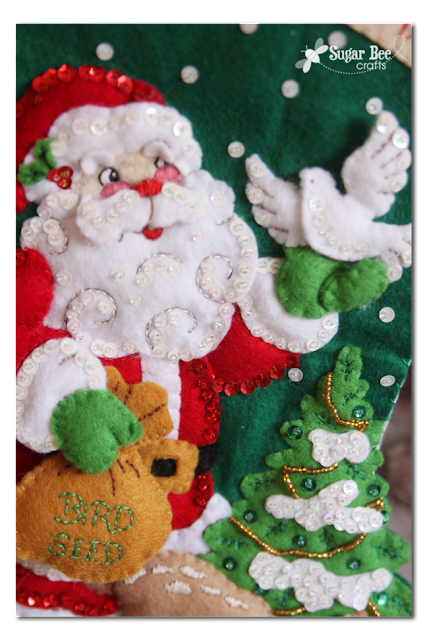 Have you see these intricate felt stockings?  Do you have one?  They’re kind of throw-back compared to some more hip-n-happenin’ stockings I see these days, but I still love them.