Here ya go – – a Tutorial on how to make a Birthday Board!  I guess it’s about time I do a craft post for ya – I’ve enjoyed the break but am ready to show you some things that I’ve been up to – and I’m sure you’re ready to read actual craft posts, since this is a craft blog and all 🙂 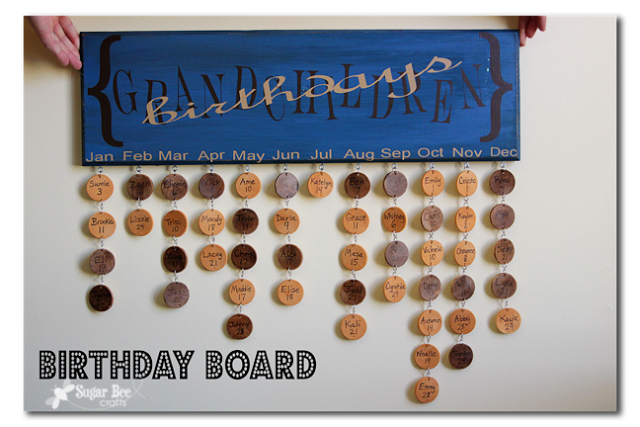 I made this Birthday Board for Trevor’s mom as a Christmas gift – Trevor is one of 9 kids, so there’s a lot of them!  Instead of doing the whole family’s birthdays, I just did the grandkids and great-grandkids. 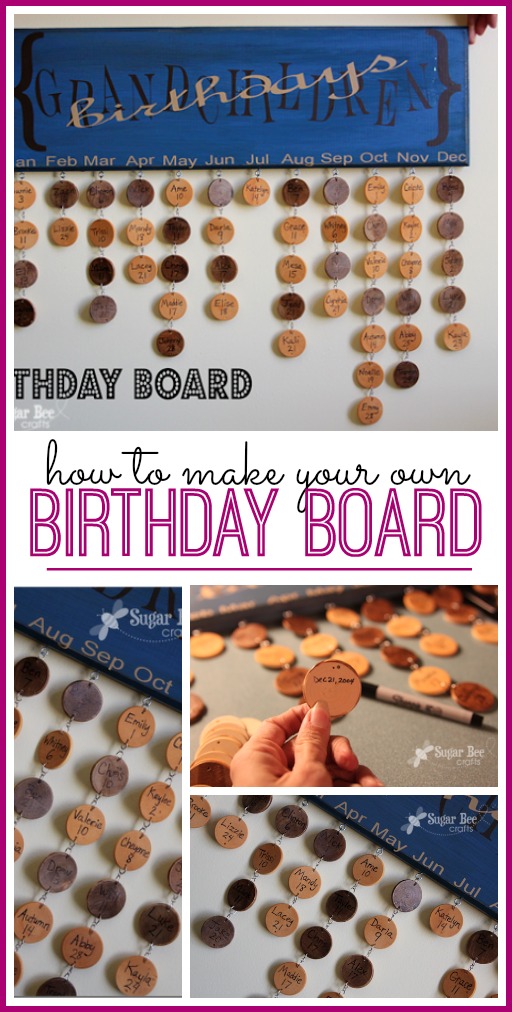 The way it works is each disk represents a child.  The number on the disk is their birthdate.  So for example the very first disk says “Sunnie 3” – so it’s for Sunnie, who was born on January 3rd.  It’s interesting to see the pattern laid out – tons of Oct and Nov birthdays, and only one in July – who knew!

You can search google or pinterest for “birthday board” and come up with lots of different ideas and variations.  My friend Michelle noticed I pinned the board and said we should make them together – I love when people whip me into shape!

I liked the one with the wooden circle disks, and I found them in a bulk pack at Michaels – here’s the package bag in case you go to look for them.  Then I had Trevor drill a tiny hole in the top and bottom of each disk.  UPDATE: you can just buy these ones from Amazon and they already have the holes predrilled – awesome!!

Then I stained them with some wood stain I found in my garage – half dark (for the boys) and half light (for the girls). 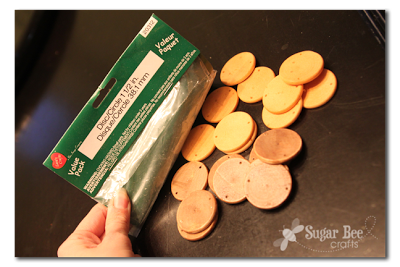 I originally thought I’d print everyone’s name and year in vinyl for each disk, but in the end that sounded like it was going to take too long, to layout each name the right size and weed out all the letters, etc.  So I went the easy route and just wrote on the name and date with a fine-point sharpie pen.  I wrote the whole date (including the year) on the back: 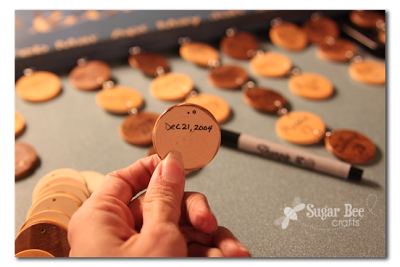 There are tons of ideas on how to hook everything together. I went with jump rings, which are little circles used in jewelry making.  They have a slit and you just open them up, slide them through the hole in the disk, etc.  To make sure they all face the same way (so they don’t twist sideways), you’ll need a tiny jump ring inbetween the jump ring on each disk.  I think you can see that in this picture if you look close: 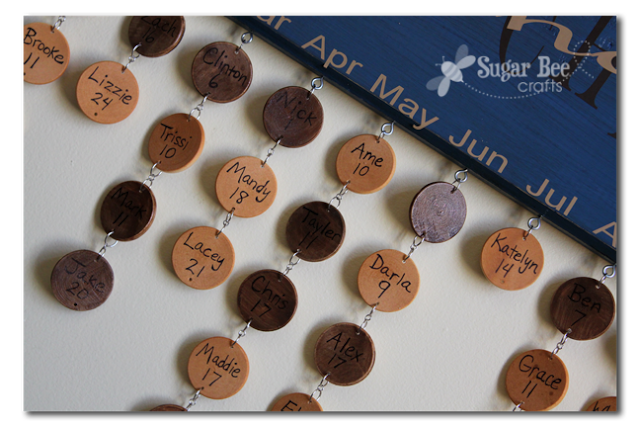 Then where they hook to the actual board I used eyehooks, which are little screws with an open circle on the end.

The dark stained disks are readable in real life – in the pictures it looks like they aren’t, but really they are.  I used my Cameo to cut vinyl for the months and the saying “Grandchildren Birthdays”.  I really like how it turned out! 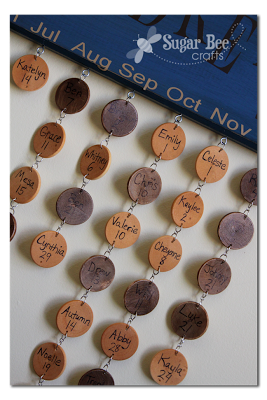 Since it’s not actually for my wall, I didn’t want to make holes in the wall to hang it just for pictures, so I had Trevor hold it – that’s why there’s hands in the picture 🙂  Normally it’ll hang all on it’s own! 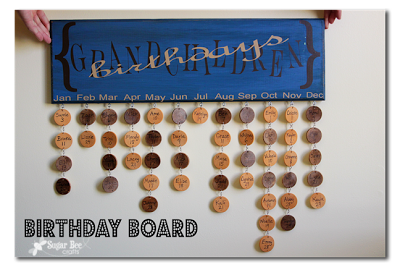 So go ahead and grab a discarded board and whip yourself up a birthday board.  It makes a great gift but I also kind of want to make one for myself 🙂
And if you love VIDEO TUTORIALS, I have those too!