Who wants to try something new for dessert this holiday season?
Not so new you won’t recognize it, but just a little remix.
I hope you join me and try my favorite Apple Crumb Pie Cupcakes. 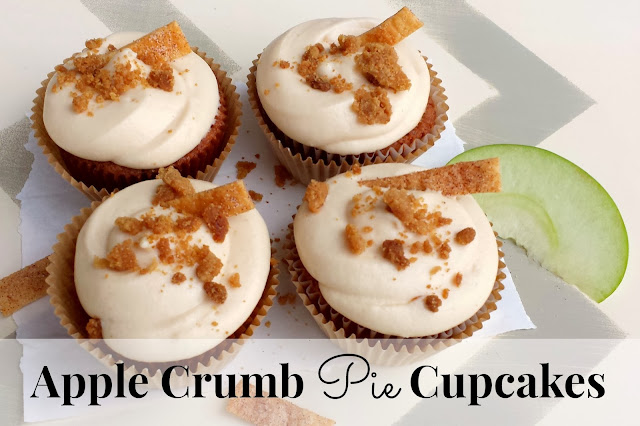 Hi, I am Haley and I am beyond excited to be here at Sugar Bee Crafts! If you check out my new blog, Haley’s Daily Blog you are likely to find lots of yummy recipes and maybe a simple craft now and then! 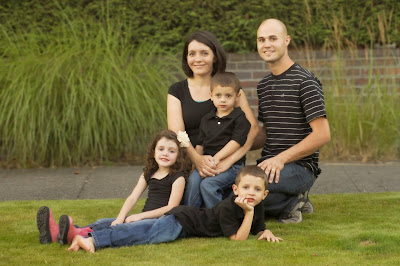 Okay, now let’s get to baking. This cupcake basically has four parts. The cake, the frosting, the pie crust crisps and the streusel crumbs. It sounds time consuming, but you can make the frosting and the toppings during the time the cupcakes are in the oven. 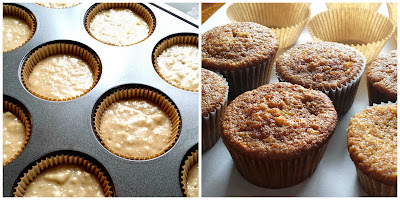 Slightly Caramel Cream Cheese Frosting
1 stick butter- soft
1/2 block cream cheese- soft
1/2 cup caramel sauce
1 tsp. vanilla
about 6 cups powdered sugar
a splash of milk
*In a mixer, cream together butter, cream cheese, caramel and vanilla until smooth. Mix in powdered sugar until fully incorporated. Add milk a tablespoon at a time until you have a smooth creamy texture that forms soft peaks. Scoop frosting into an icing bag or the corner of a gallon bag. Twist and close the end with a twist tie and snip about an inch of the tip. 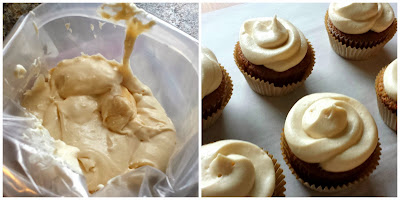 Streusel Crumbs
1/2 cup flour
1/2 cup brown sugar
1/4 cup cold butter
* Mix flour, sugar and butter until it starts to resemble dry crumbs. It will look dry, while also holding its shape. Drop crumb mixture onto a parchment lined baking sheet and bake at 350 for about 10 minutes, stirring mixture half way to prevent burning. Crumbs should be golden brown and slightly crunchy. Let cool and set aside. 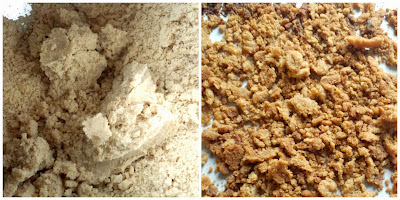 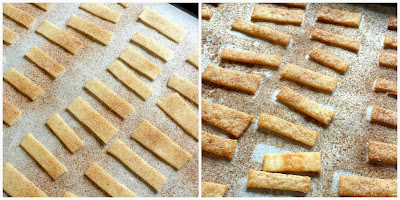 Assembly:
To decorate, make an assembly line. On a large surface, set out cooled cupcakes (and an extra wrapper for each cupcake if you want to get fancy), frosting bag, toppings, and your serving platter or cupcake box.
Place each cupcake into the extra wrappers. Frost each cupcake by making a swirl, starting on the outside and working your way to the middle. Top each cupcake with some streusel crumbs and a pie crust crisp. Repeat with all of your cupcakes, until you are finished. 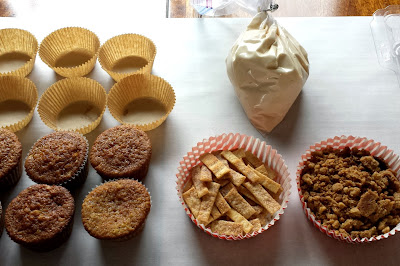 Now that is a plate of pie! Okay, so it’s not actually pie…but I seriously can’t think of anything much better than a cupcake that tastes like my favorite pie. I hope you will try this fun holiday recipe! 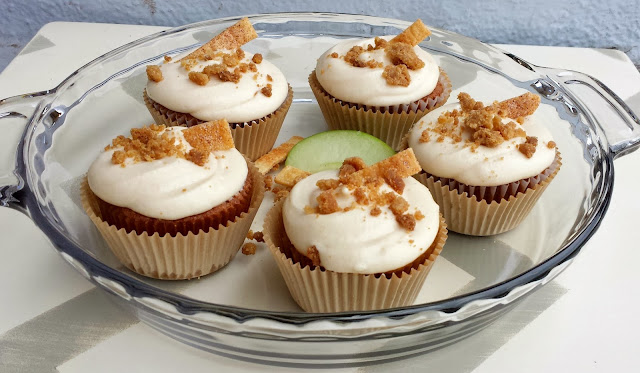 Thanks so much for having me and I hope you will come check me out…and maybe even try some of my other favorite recipes like my Rotisserie Chicken Tortilla Soup and Honey Almond Shrimp! 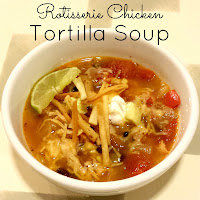 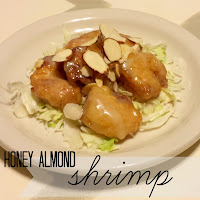