Yep, I was on the local morning show again.  I still stand by my theory that they’ll let anyone on!  I think it went alright, but I was a little more frazzled this time around – last time I practiced beforehand, etc, since I didn’t know what to expect, so I came in prepared.  This time I just tried to wing it and I could tell.  Anyways, here’s the clip if you’re interested:

So once again, I was caught off-guard at the start – – I set up, but they had said my airtime would be 8:50 — but I guess since I was there early they just put me on – – I thought I’d be killing time for 20 minutes which would have given me time to mentally prep, but then they’re all, you’re up next, cut straight to you and I thought “huh??” next thing you know, we were live – probably around 8:30, so sorry if I told you 8:50 and you missed it…see, just standing around: 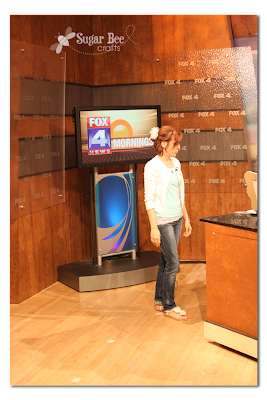 I took Kate with me again to be my photographer and giggly sidekick (they asked her if she was going to be on air too – she waved it off!) – – here’s the teaser shot (my pendants are in that frame…) 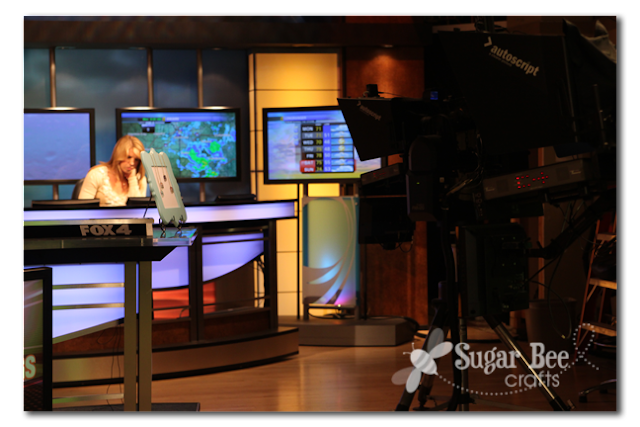 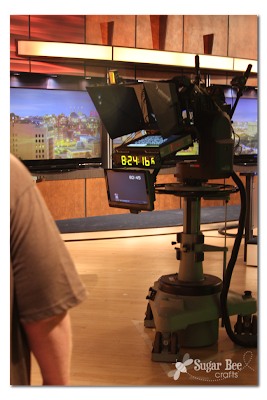 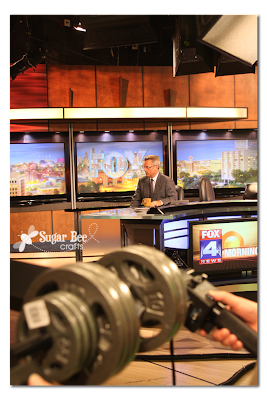 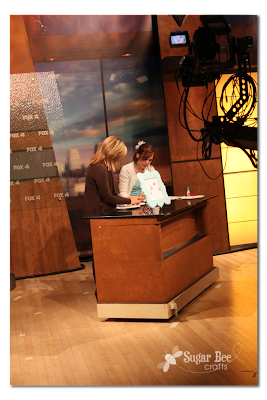 Good thing I remembered to wear a ring and bracelet – made this shot a lot better!! (mental note, set the glaze bottle BEHIND the work area – whoops!) 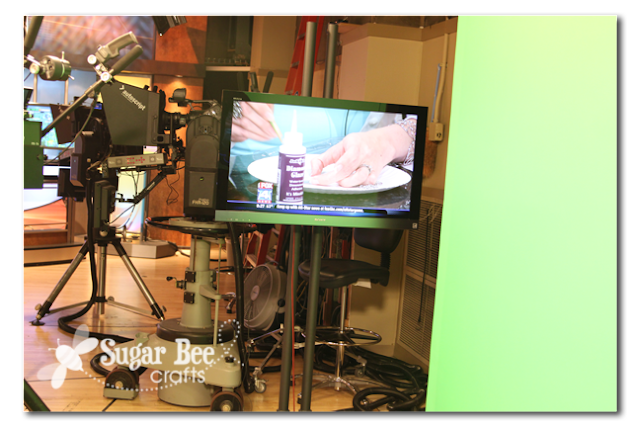 Anyways, once again a fun experience, something out of the ordinary.  Maybe I grabbed a few of you as new readers because of the segment, so that would be awesome 🙂