Everyone seems to talk about how wearing skirts casually is much better than wearing shorts.  So I dedicated a week to trying it out.  My thoughts:

So, want to critique the outfits I put together?? – of course you do – – here we go:
Monday – Skirt from DownEast that I just bought on clearance.  Trevor, who hardly ever comments on my outfits, said, “that skirt is just (head shaking no) weird – it looks like it’s sagging – – but what do I know, better just ask your blog readers” – so, what do you think?  I kind of like it, but that could be because it was SOO comfy! 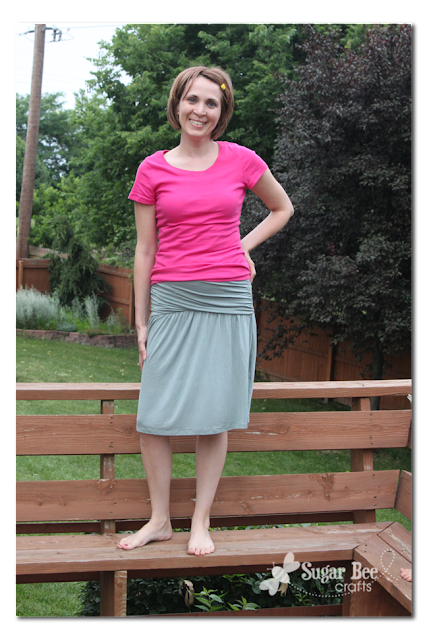 Tuesday:   I whipped this Green Stripe Skirt up (tutorial coming – so easy!!) out of some clearance knit I found at Hancock Fabrics.  I kind of wanted to wear it with the pink shirt in the previous picture, but didn’t think I could wear the same shirt two days in a row.  I’, branching out because the old me would have worn a white shirt to match the white stripe. 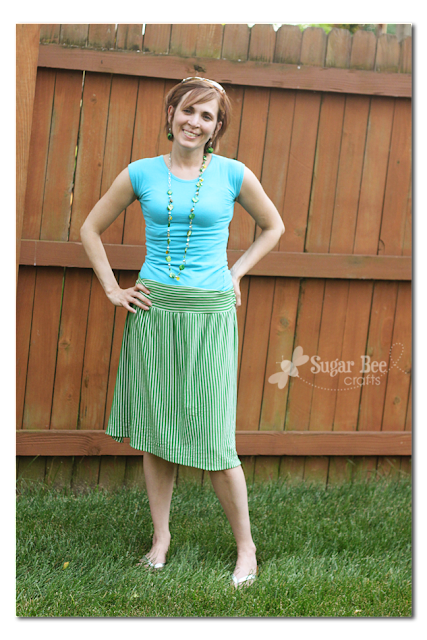 Wednesday: I got this pink stripe skirt at a garage sale awhile ato for $0.50 – I thought it was a deal so I bought it, even though Kate said it was ugly.  I think it looks alright on, right? 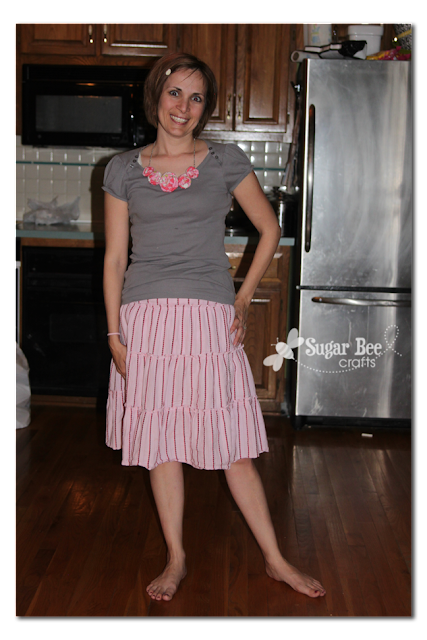 Thursday: day off of skirt week – I went to Cub Scout Day Camp all day!

Friday: Denium skirt, also from a garage sale ($1) – this was the day I had my garage sale, so in the early morning it was pretty chilly, hence the leggings and sweater.  Are denium skirts dated?!? 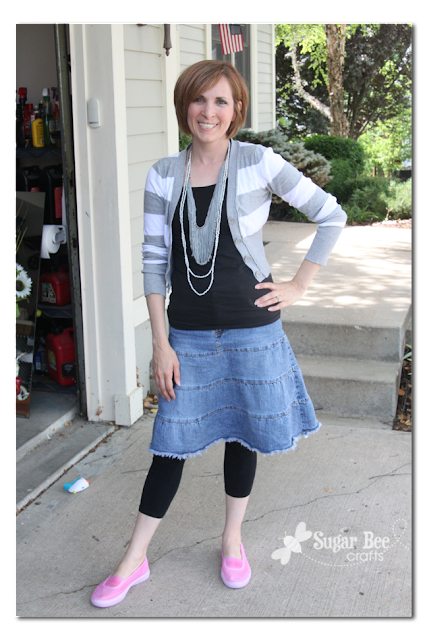 Saturday: Skirt made a couple of years ago (blogged HERE, when I only had a few followers…) – I think it’s a little dressier of a skirt, so I saved it for Saturday because I had a baby shower to go to.  I also flipped my hair out – fun?? 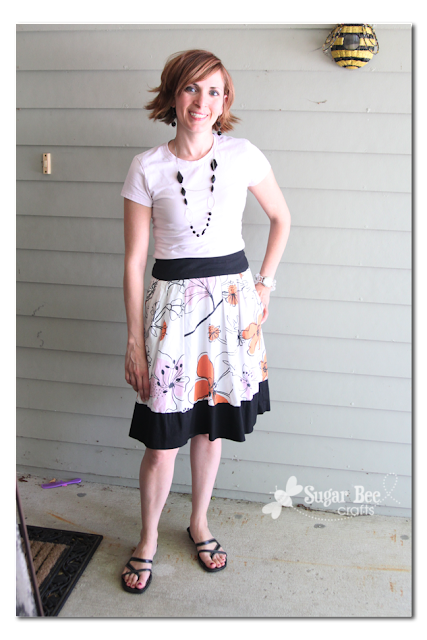