What I Wore Wednesday – well, I’ve been slacking, so when Little Miss Momma declared it headband week, I thought that’d be the perfect thing to snazz up my tshirt-and-shorts look. As always, I need to hear from you on some things. So, let’s dive right in….

Here’s a pretty normal too-lazy-to-flatten-my-hair-so-I-wore-pigtails type of day – – the yellow and gray are matchy matchy to the headband, but I think that’s okay – right? 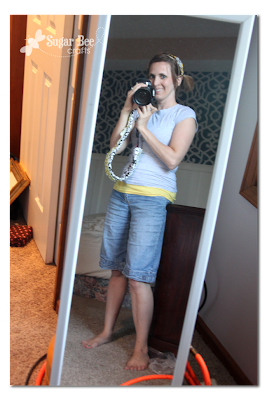 I wore it with this headband (tutorial HERE): 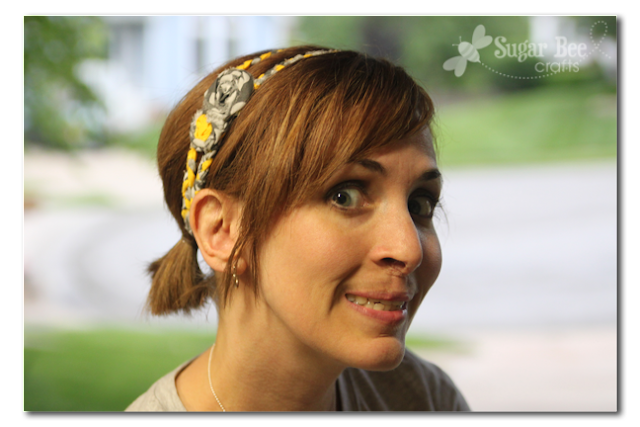 Next up, I hunted through the headband bin and wore this one – are the headbands with ribbon tails still in??  I don’t really see them much, so I’m guessing not.  And again with those giant shorts – they’re so comfy (seriously, I can pull them off without unbuttoning) , but I think they’re just the kind of thing I’m trying to get away from. 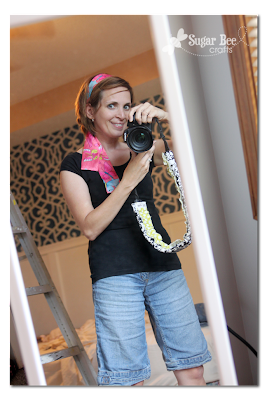 So I guess I’m regressing in my fashion-forwardness.  Like majorly regressing – because I wore this exact same thing back in 2007 – seriously – I dug up a picture for you, August 2007: 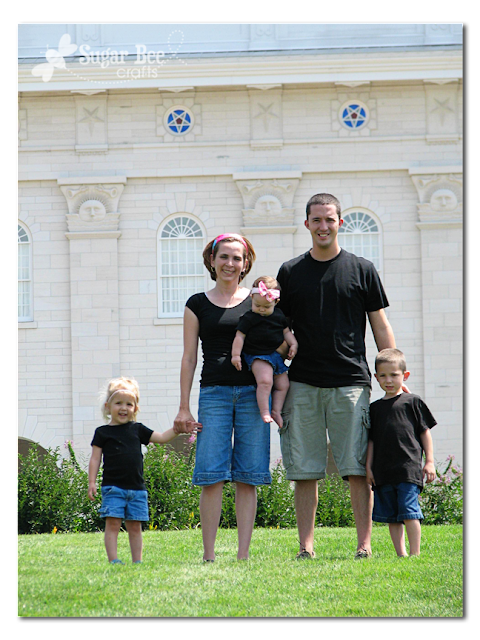 Next up, I made a knotted headband out of tshirts (tutorial was earlier this week) – – I think it’s a good casual headband: 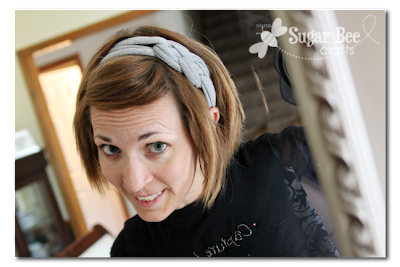 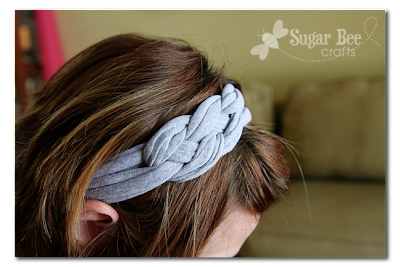 So then I tried to make a white one – – but the tshirt didn’t pull into tshirt yarn – weird.  So it was more like strips of fabric.  So the knot in the middle wasn’t that great.  So I tied a few more regular knots on the end – I think it turned out all right: 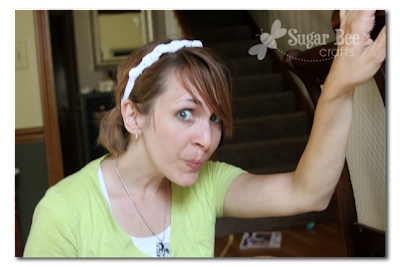 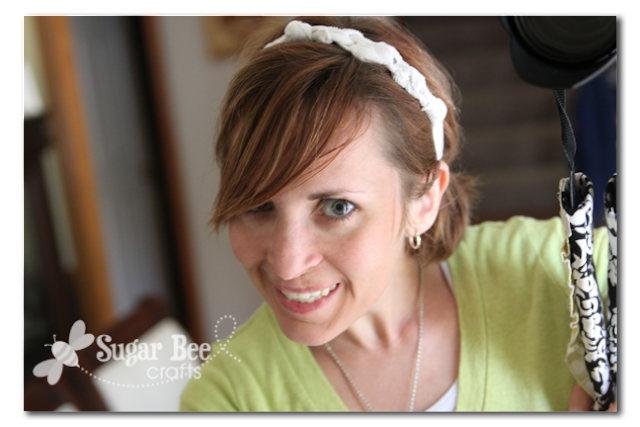 The one day I gave an effort to what I wore was went we went out to a movie for Trevor’s birthday.  I just wore a tshirt but I threw on a skirt. 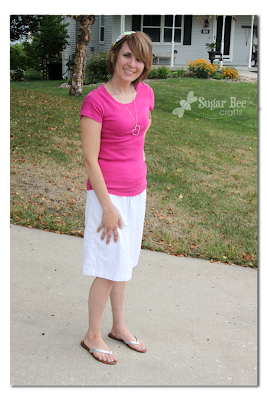 And I love the yo-yo headband I made.  Tutorial on it coming soon…  (Don’t look too close at this picture – I discovered I have several gray hairs and I can’t stop looking at them!  I need to run and get some hairdye, quick!) 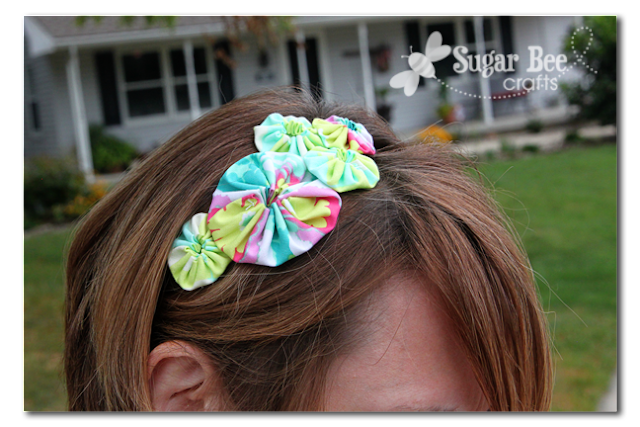 Now, when you view Little Miss Momma’s art of headband wearing examples, she shows tons where they’re wearing it across their head – it always seems cute on blogs and in pictures, but in real life, I feel completely ridiculous.  See: 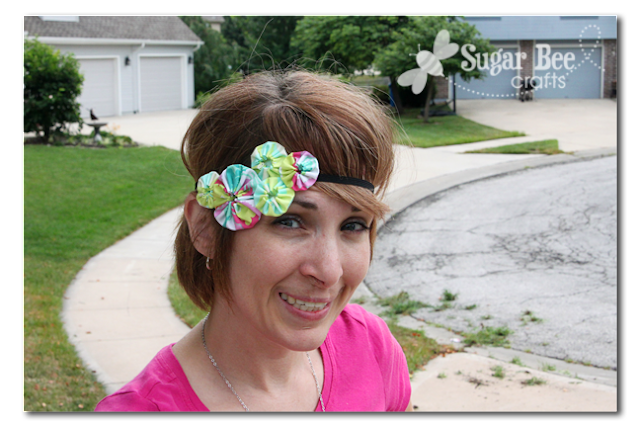 When I flipped it that way and had Trevor take a picture he’s all “why?  for a joke or something” and I said no, I just need to get opinions when I stick it on my blog and he said “oh, alright, just as long as you’re not going out in public with it like that”  I told him it’s all the rage, but he wasn’t sold. 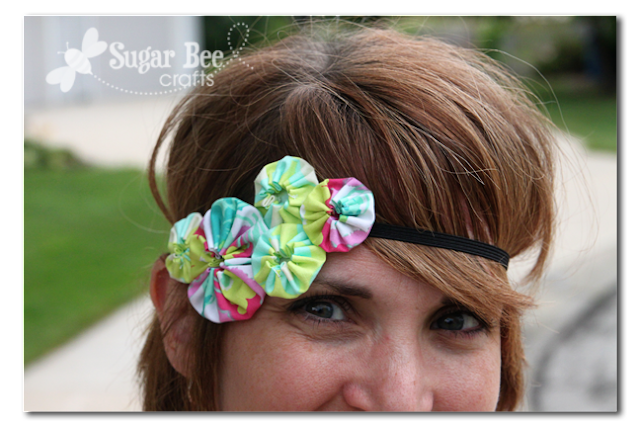 So, how about you  – – – have you ever braved wearing a headband across the forehead??  Maybe it doesn’t work with short hair?  Maybe my bangs need to be out?  Maybe it’s just ridiculous?  Maybe I’m not fashion confident enough to try it??  Thoughts??