UPDATE!! – tutorial is ready! – – this black shirt has gone CRAZY on pinterest – – whoever originally pinned it used it as an idea for a possible DIY.  This actual shirt I bought, as I talk about below.  But with all this hype, I plan on doing a DIY version – looking at the shirt, it seems pretty doable. Find the Tutorial Here: Men’s Shirt Refashion, Side Gathered

I’ve been lazy about What I Wore Wednesday – – I actually have stepped it up a little on some days, but then I forget to take pictures – it gets dark so early these days!  Anyways, here’s a couple of things to discuss….

I got a new shirt from DownEast clearance – I’ve been eyeing it since it’s debut in the catalog, and I’m in love.  Probably my new favorite black shirt – great fit, a little interest, fun but not too crazy, dressy but not too dressy – – 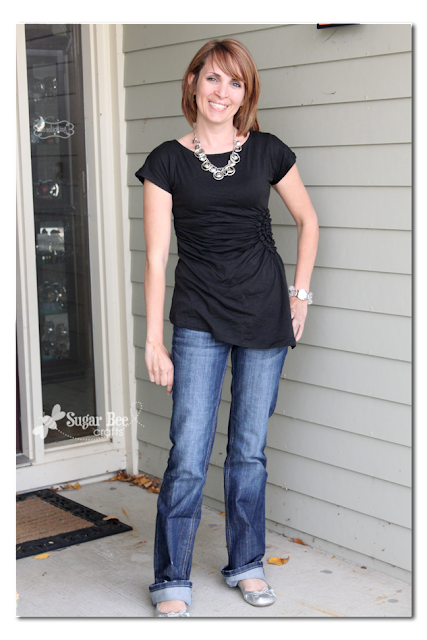 I know those rolled cuffs aren’t that great.  But the good new is that after I wore these jeans I hemmed them – it took 5 minutes and you can’t even tell I hemmed them – why had I been putting that off??  Here’s detail of the side: 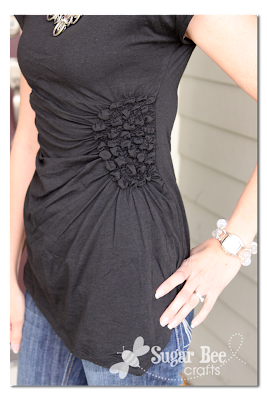 So, this is a little out of zone, a fuller cut on a dress, knee length.  But I keep seeing them all over Pinterest, so it was in my mind.  I found this dress at a Thrift Store – and it was $10 – yikes.  I wondered who in the world would pay $10 for a dress at a thrift store, but since I was trying other things on I added it to my stack.  And look – I now know who pays that much – me. 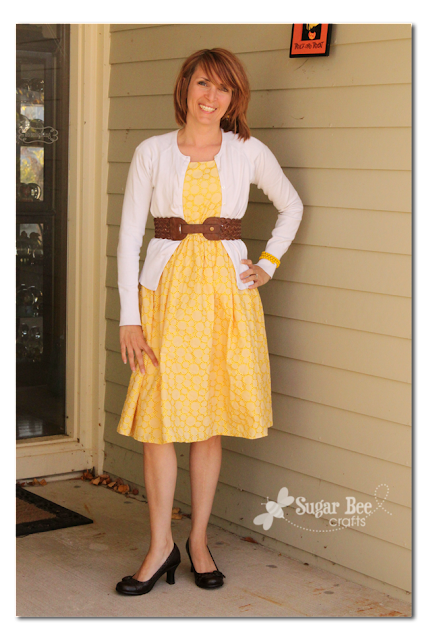 It fits really well in the waist.  I wore it with a cardigan but it was still pretty warm out for a fall day, so I didn’t think boots were appropriate – I went with brown heels, but wasn’t sold on them. And then it once again brings up the debate we had last winter about hose – to wear them or not?  Are bare legs in the fall acceptable?

So let’s hear it – do you have any fashion advice for me this week??  Comments on WIWW posts are some of my favorite!!