Just so you know that I can make fancier shirts in groups when I have a little more time to work on them, here’s a glimpse of what I made for my son’s tball team: 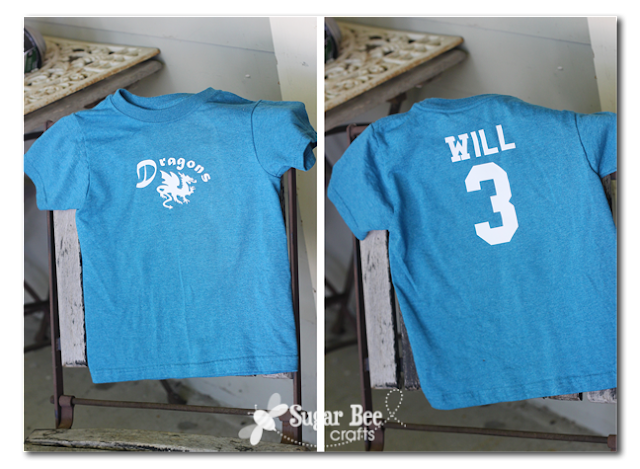 Some friends had a great idea – – instead of signing all our boys up for Bitty Ball through the Parks and Rec system, just to pay $65 so a dad could coach and the boys could practice (at Bitty Ball level there aren’t games against other teams) we just got a group of boys together on our own.  We practiced once a week for 8 weeks with a few of the dads coaching.  It was perfect.  We pitched in for some equipment and each week rotated bringing snacks.  We thought it’d be fun for the boys to have shirts, so I took that on.

The boys voted on the team name to be “dragons” so I thought green shirts would be cool.  But I needed 7 shirts in the same color and the same size, and at the store the only color that came with 7 in their size was blue – so blue it was: 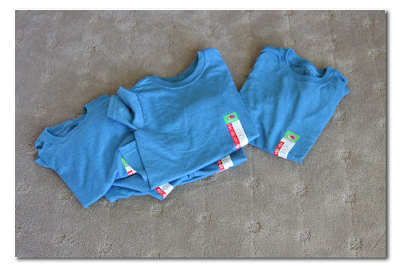 Then I just used my Cameo and iron-on vinyl – – I admit my craft weakness is graphic design – – I didn’t how to make the word Dragon look and where to put it, etc – but the boys don’t care.  On the back was their name and which number they picked – – several boys had the same number (2 picked #3 cause that’s how old they are, and 2 of them picked #4 for the same reason.  2 picked #1 cause who doesn’t want to be #1). 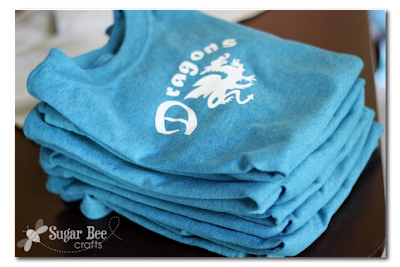 The team – minus one boy who was on vacation for team picture day: 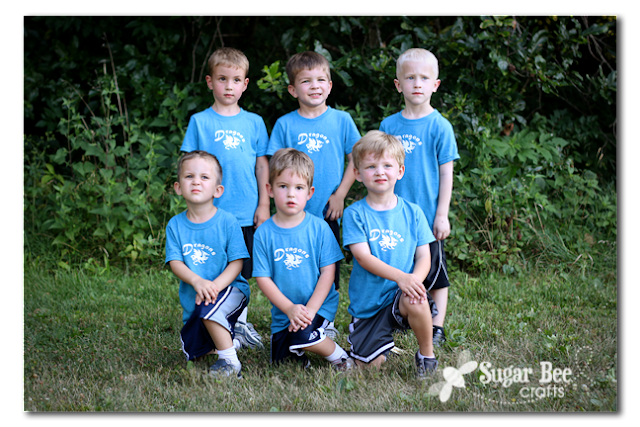 It was a super fun season!! (probably because practices were only 30 minutes long, and only once a week)
He was super excited to get his very own medal: 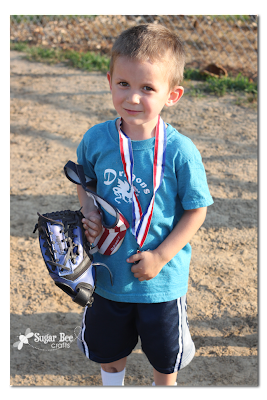