For all those who need some decor for 4th of July, check out this Pledge Allegiance Sign I just whipped up – – and I have a quick tutorial for ya! 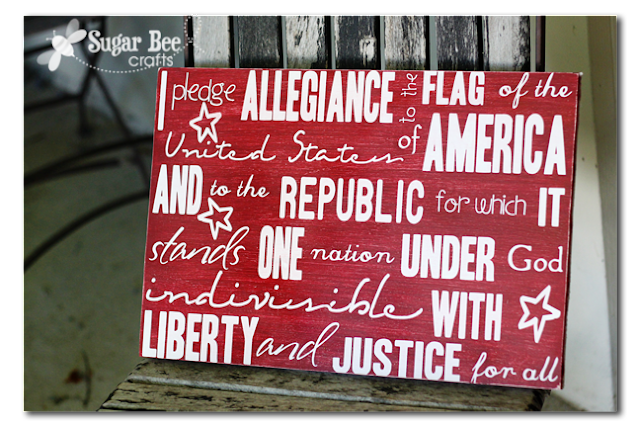 First off, a few weeks ago we went to a swearing in ceremony for new citizens.  It was really powerful and I think everyone should attend one at least once in their life.  So glad we got to go and I thought it was a great thing for our kids to experience. 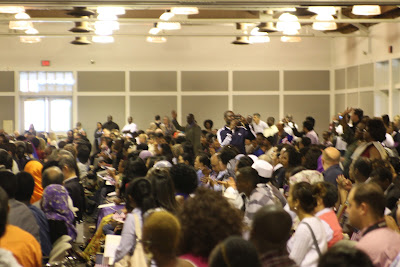 A few days after we got back, I saw this post on Poppies at Play – – and with our recent experience, I knew we just NEEDED it! 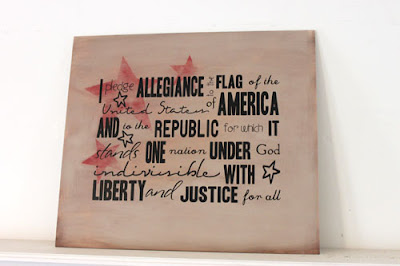 I loved the design of the Pledge of Allegiance and I knew if I tried to make something similar, it just wouldn’t turn out – so I purchased the vinyl from them and it was sent to my home super quick.

I painted a spare board I found in the garage white – then I attached the vinyl – – at this point I liked it as it, but I was going for more (I think that Trevor thought I was going to ruin it…) 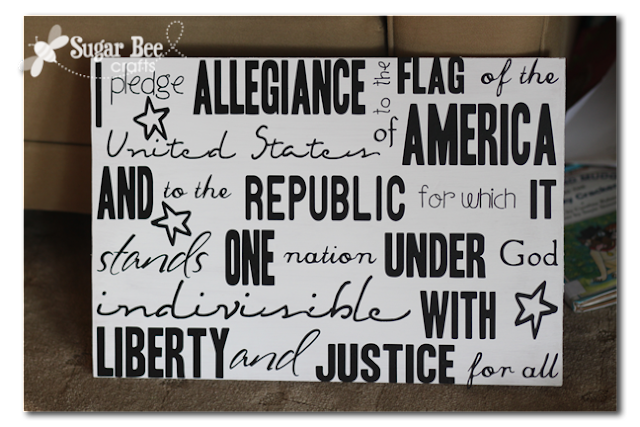 Now, I’ve mentioned this before on my post about how to leave stained letters (see it HERE) – – the secret to crisp lines when painting over vinyl – – MOD PODGE!!! Because – – when you paint over vinyl, some of it inevitably seeps under the vinyl .  So when you paint on a layer of Mod Podge, IT is seeping under your vinyl.  But it’s clear.  And it seals the seeping point.

So paint on a layer of Mod Podge and let dry.  THEN paint on your color.  Let that dry. 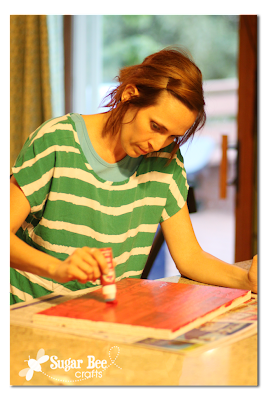 And watch like magic when you peel your letters – the lines are so crisp and clear, revealing the original layer of paint (in my case, white): 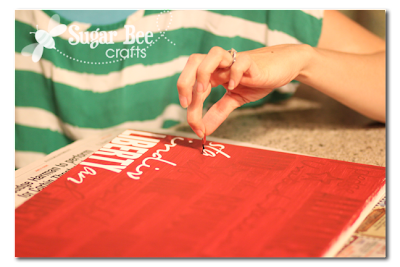 There’s something about peeling letters that’s kind of fun – simple to do (just go slow) and not a lot of thought involved – – look who even joined in the fun (aka, SIMACB, who was declared in one comment to be  “favorite craft blogger OF.ALL.TIME”) 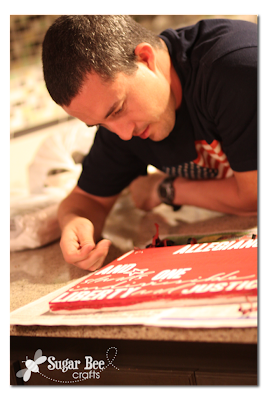 See how nice and crisp those lines are: 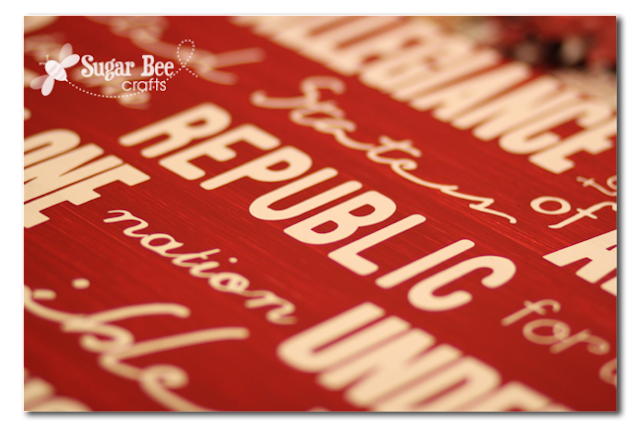 If you have never tried the Mod Podge trick, I highly recommend it!!  Go give it a try!