Alright everyone – I made it on to Week 2 over at SoYouThinkYou’reCrafty – the theme this week is “Children’s Literature”.  Head over there to VOTE for your favorite (here’s to hoping it’s me!)

You can see my entry over there, but here’s the more expanded version, for you, my awesome readers: 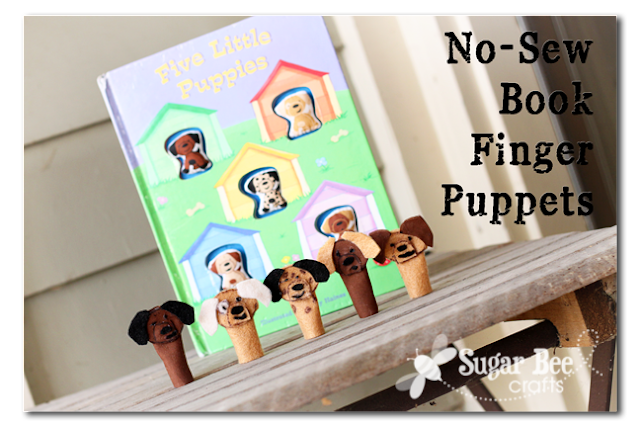 I had a hard time deciding what to do this week.  Because I thought a “classic” book or a “Dr. Seuss” book would make a great craft entry.  But my goal for craft competitions is to make something I’d actually make otherwise – you know, not to just craft just because of the competition.   So knowing  I wanted to make something my child  would actually use, I thought I’d use his favorite book.  So his favorite book (Five Little Puppies) is a lame one, but that’s okay because it’s true love with my toddler.  Trevor even asked if I was sure that was the book to pick, but I went with it!

First up, grab said lame book (or a fabulous book of your choice) and some felt to match the characters.  I didn’t have dark brown felt I used dark brown fabric wrapped around felt because was trying to use supplies I had on hand. 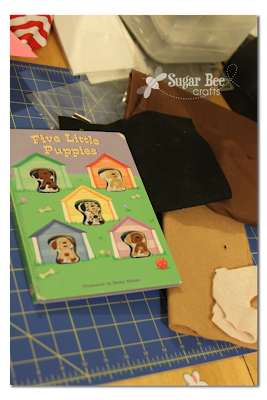 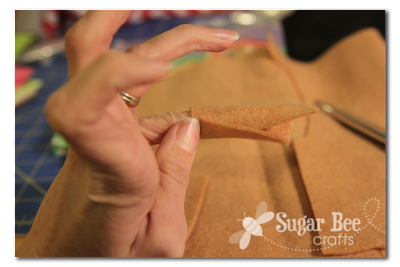 Glue one edge with hot glue and overlap the other edge just a bit – then press and hold the glue. 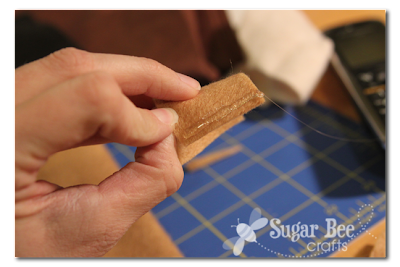 Then I ran a dot of glue along the top to seal it shut – here’s that view: 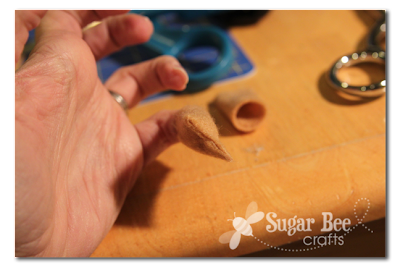 For the head I hot glued two circles around the finger part that we just made: 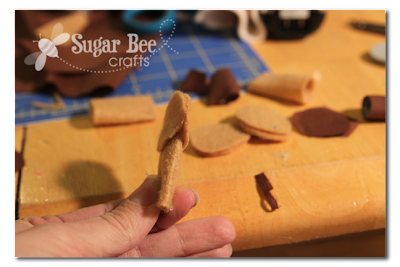 Then cut out various facial features, place them on the heads, adjust, and eventually glue into place. 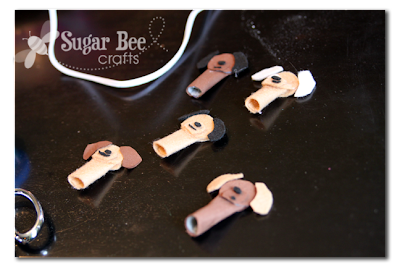 I outlined a few pieces to give them a little more definition.  You can tell I’m no artist, but I don’t think my toddler cares: 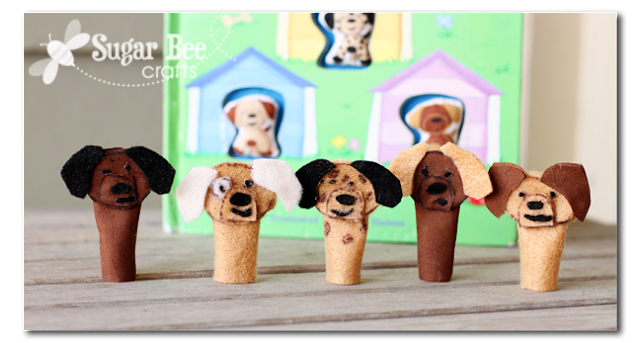 I waited til I had the camera before I gave him the finger puppets – that way I could catch all of his initial reactions.  (photography note – for better light, I had him playing with them on the front porch because I knew I wanted pictures with great light).  I think his reactions are too cute!! 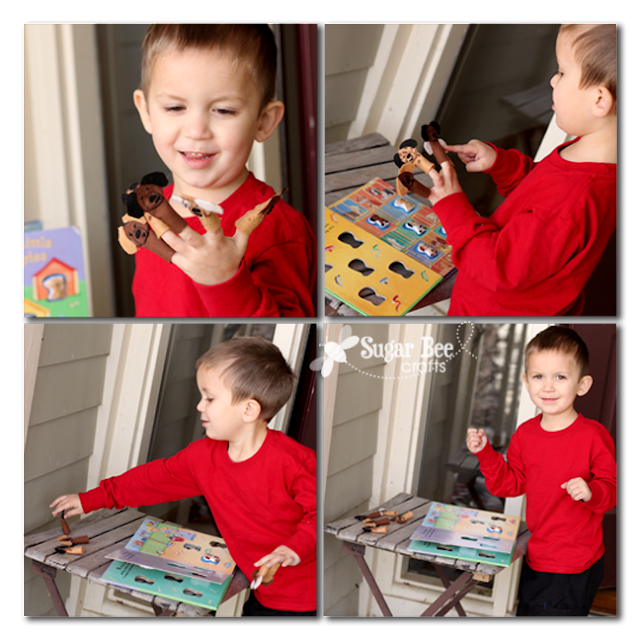 The books counts down as several puppies are adopted.  He can follow along to the book with his finger puppets.  It’s so fun to see him act out the story and have him even more involved in the book.  I love that last picture – he’s like “YES! all the puppies are adopted!”
This is a simple and doable craft – it’s NO SEW!!  And it can be tailored to any book – just make the finger puppets to go along with the main characters of whichever book you want to focus on.

Here’s hoping for your vote!!