We got to throw a House Party for Just Dance – – it was rockin!  We tried out Just Dance Kids 2 and Just Dance 3 – – so first up were the kids, then they headed upstairs to watch a movie while the parents boogied-down.  (Yep, we own a Kinect – – it all started because we’re cheap and don’t have cable, but you can get ESPN via the Xbox, so we needed one of those for the football season, and of course if we’re getting an xbox why wouldn’t we get kinect – – and that’s how it rolls….) 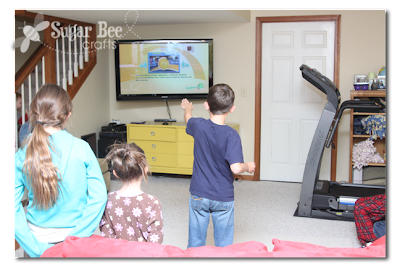 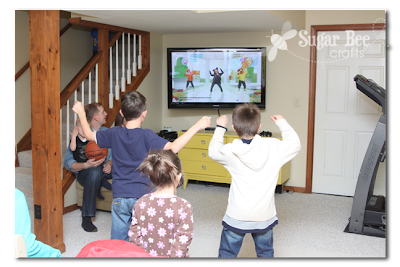 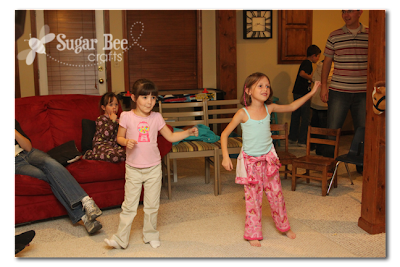 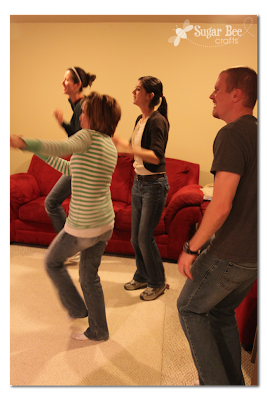 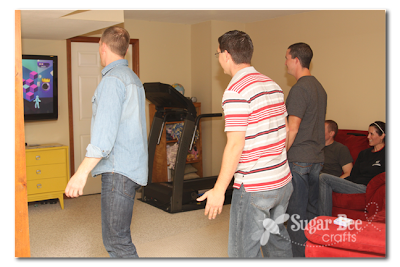 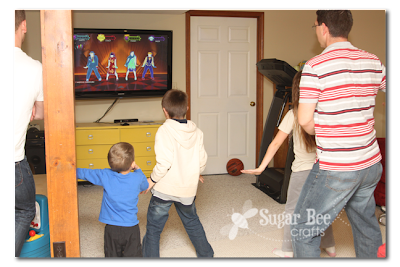 It’s been pretty fun – – it’s our go-to activity when people come over.  The other day we were watching my cousins (who are the same age as my kids – kinda confusing) and I shot a quick video of the fun.  That stinkin’ song Gummy Bear is on permanent repeat in my mind – make it stop!!!  Even my toddler now knows that dance the whole way through….

–tough to play with toddlers around – they’re always walking in front of the action and breaking the connect between the people and the Kinect.

–the kids game has actual people dancing, which although they’re weirdly dressed I find it easier than the adult version where it’s an animated dancing person

–the songs are too long, or I’m too out of shape, but I’m dying by the end

–it was a little tricky to get used to it, but now that my kids have been playing for a couple of weeks, they’re getting better and maneuvering through the game.