I just wanted to pop in with a quick craft display idea -when I was prepping to go on TV to show how to make glass tile pendants, it dawned on me that I should probably display a few samples.  I thought it they were laid out on the table they wouldn’t “present” as well.  So I knew I needed a jewelry tree and called several friends to track one down – of course no one had one.  So I thought, what else will work, as I starred at my kitchen utensils, but nothing came to mind.

Then I saw the frames I have been working on (I can’t wait to hang them and gush all about them to you!) and it hit me – use one!  So simple, but it was just what I needed.  I used a plate holder and stuck the frame in it – so cute. 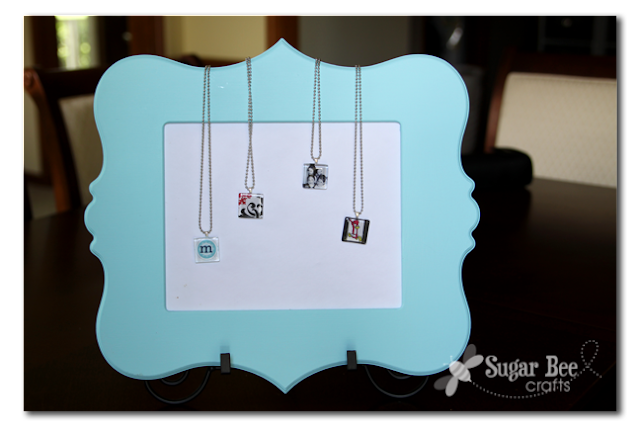 I wanted to share the idea in case anyone needs a way to display necklaces or whatever at a craft booth or something.

The necklaces were pretty stable just draped over the frame, but I taped them to the back just in case.  I didn’t want a TV mishap…. 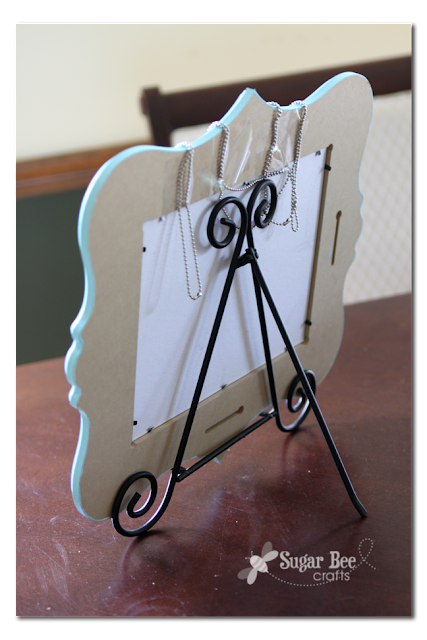 That’s it!  It came together in about 2 seconds once I thought of the idea….