I made yummy lemon cookies from Lil Luna the other day: 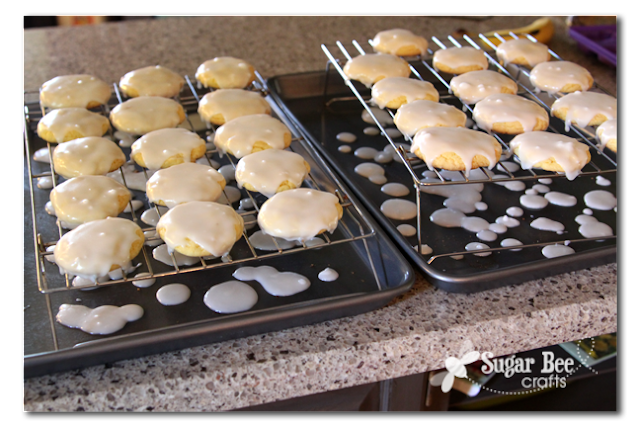 I didn’t take a beauty photo, so head over to Lil Luna for the pretty pictures and the recipe.  They were a hit and several people asked for the recipe.  Which was super easy – they’re cake mix cookies!

I had to improvise on the icing – – I only had about half of the lemon juice it called for, so I added a little water and it still wasn’t enough so I melted a yellow popsicle to pour in – which I thought was pretty creative, except for as I added it, I realized it was banana flavored instead of lemon – oh well!