I made some poofy vest – puffy vests – whatever you want to call them.  Just call them awesome. 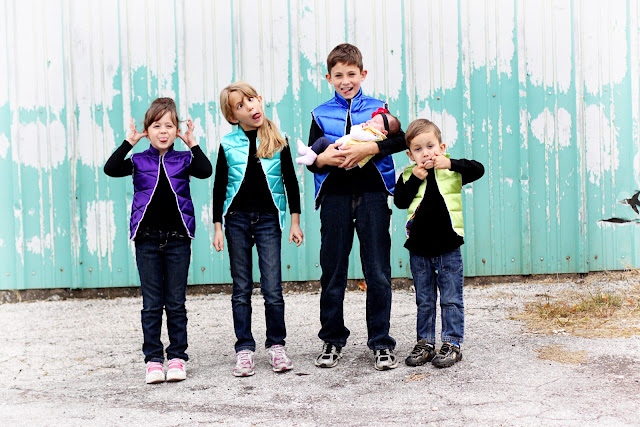 I made these using the tutorial over at A Girl and a Glue Gun – I knew immediately when I saw her vest that I needed to make them asap.  Isn’t this layered look dead on?!  that competition is TOUGH because she lost with this awesome outfit. 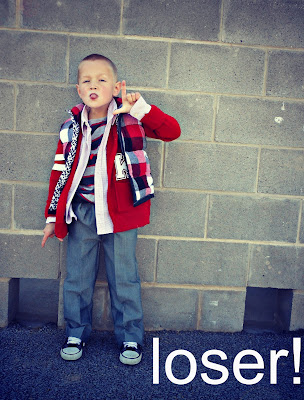 Anyways, see the tutorial on the vest HERE 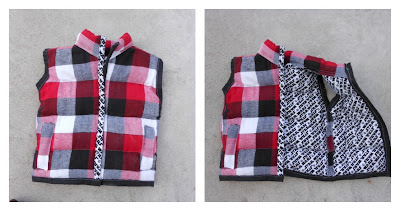 But I was lazy.  And mass producing these – I thought it would be a super fun cousin picture – so I cut some corners….
First off, instead of making it and then stuffing each area, I sewed it all together like a sandwich to eliminate the stuffing step.  Lay out your lining, batting, and outer fabric (with wrong sides together – that’s opposite of normal) Then sew the lines on it.  I didn’t have an outer fabric with built in lines, so I taped some off: 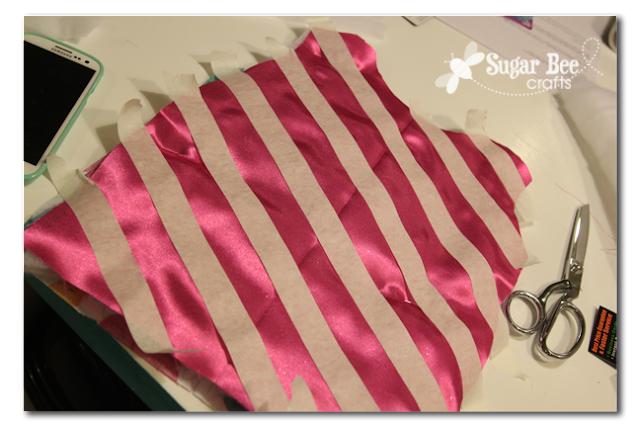 And then sewed next to the tape – you can see my stitch lines: Then since I didn’t need to leave it open, instead of just doing diagonals, I did lines the other way as well, making diamonds.  Pretty fun.  Then sew the sides and back and everything together like in the tutorial mentioned above. 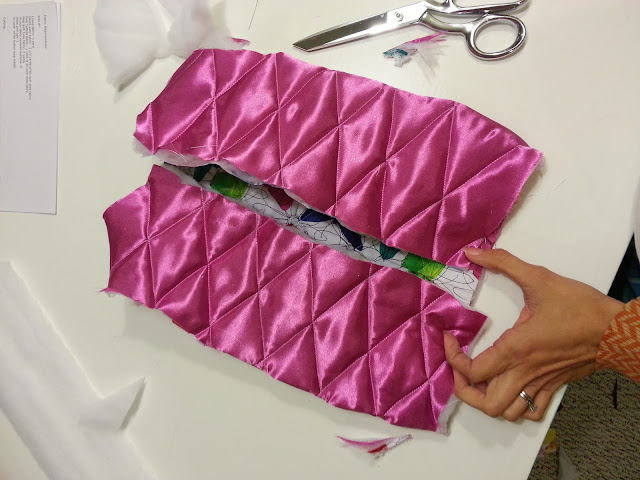 Now, I knew I was doing this for a fun picture.  My kids don’t usually love the things I sew (this is everyone right, not just my kids?!?) so I didn’t want to put a lot of effort into vests because since I made them I knew they would get discarded pretty quickly.  So instead of using bias tape and making the edges and arm holes look pretty, I just ran any raw edge through the serger. 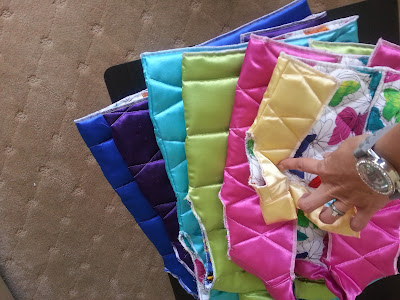 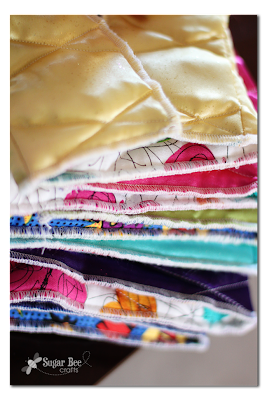 I told everyone that these vests were “photo prop quality” – you know, not well constructed, made quickly just for a group photo, etc.  Of course that means that the kids love them and keep wearing them in public and to school.  Guess I should have made them a little nicer.  Oh well! 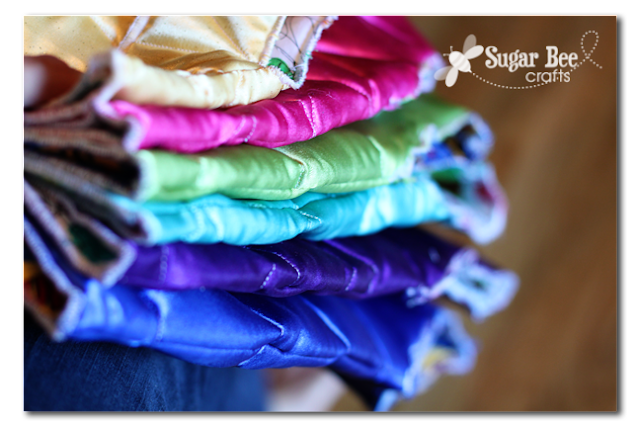 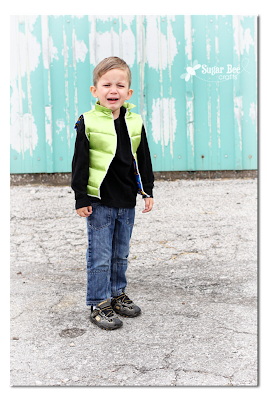 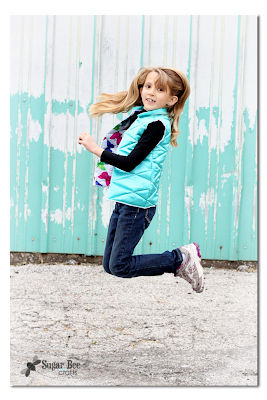 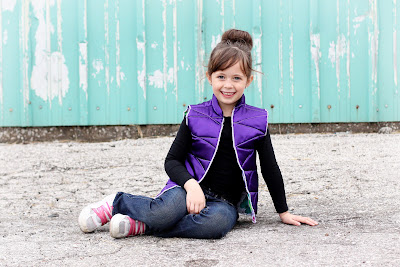 and the classic fake smile 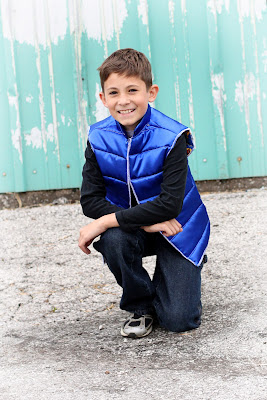 I’d show more pictures, but they’re for a sneaky project for my Grandma….she might read this blog…maybe.

But here’s the Crazy Face Cousin Picture once more – –