A little post about Keyboard Vinyl Letter Stickers, but first some pretty pictures…

I pinned this beautiful keyboard from Her New Leaf:

She got her inspiration from MiniFanFan – also super cute:

But in both those examples they used washi tape which was see-through enough to let the letters on the keys see through.  And let’s look at why I would pin pretty keyboard pictures to begin with – my lame keyboard looks like this: 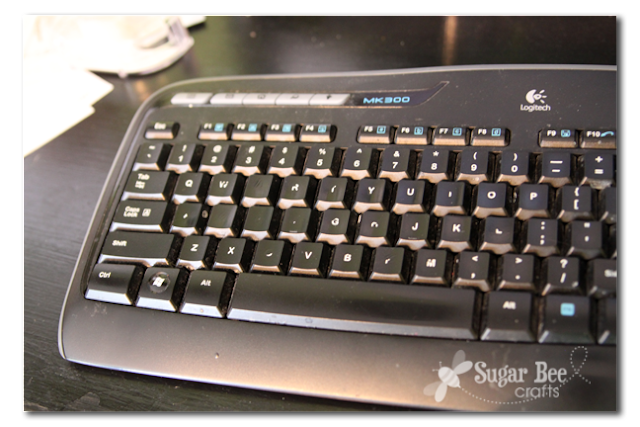 Now, don’t get me wrong, I don’t mind too much the missing letters – it boosts my ego and pride of my expert typing ability.   But then there’s this little gal, who wanted to start a blog: 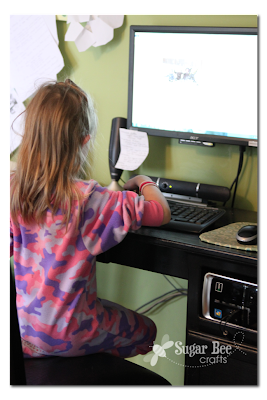 I opened a word document and now she can write stories and import pictures and enjoy the world of blogging in a pre-blogging way.  So she’s all “where’s A?” and I’m all, “just look on the keyboard, it’s there” – until then I didn’t even realize the letters were rubbing off.

But she kind of caught on to the missing letters, although I think it slows her down.  So I forgot about them again – until my parents spent time at our house to watch the kids while we were basking the Hawaiian Sun and my dad wondered “how can you type on that keyboard – it’s missing letters!” – I told him he’s supposed to just know where they’re at.

But then a few days later, when I’d think of any excuse to do something besides what I should be doing (cleaning, laundry, painting cabinet doors….) I ran down and printed a quick alphabet out of vinyl using my Silhouette Cameo.  And bam, fixed. 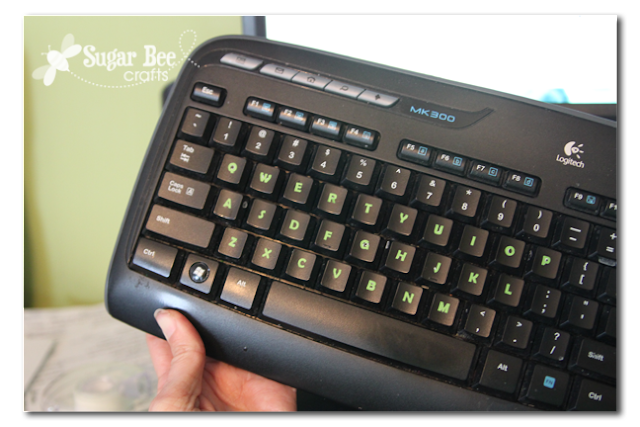 Super awesome, I know.  Not near as cute as those washi tape ones though – – if anyone makes one of those, I want to see pictures!