it’s still Take-A-Look Tuesday – just scroll down a post for that fun….

I got some awesome stuff to try out for Expressions Vinyl’s birthday celebration – and you could win some too!!

The festivities will include giveaways, games, coupons and the introduction of new products. The new products will include  tumblers, canvas bags, t-shirts, glitter vinyl in both adhesive and heat transfer as well as a variety of new specialty film adhesive vinyls such as neon, reflective, metalized, colored etched glass and glow in the dark.

Want to see what I made with the goodies?? It’s several different projects poured in to one big post, so hang with me….

First up, I dug right into the Glow-in-the-Dark Vinyl – – because how cool is that.  It’s pretty thick, so if you’re using a cutting machine keep that in mind (with my Cameo I had to have my blade at a 7 and thickness at 33 and use double cut).  I asked my 9 year old what we should make, and he said FLASHLIGHT!! (thank you, Night at the Museum…)

So the pictures aren’t great – – I want to see you try to take pictures of a glow-in-the-dark flashlight – – it’s tricky!  I probably should have gotten out my tripod, but that sounded like a lot of work…. just know that it IS AWESOME! (left is normal, on the right is glowing in a dark room) 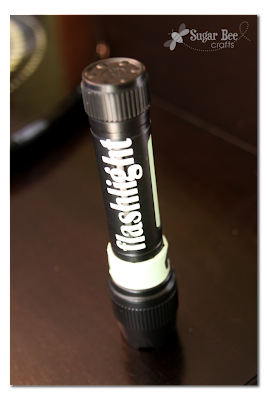 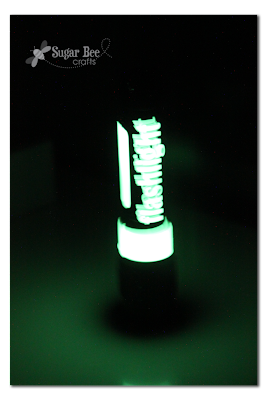 Then I tried out the new “Chrome” vinyl – – I’m in love!  It looks just like stainless steel – – it feels kind of like foil.  IT’S AWESOME!  Once again, my camera can’t capture the fabulousness. Trevor made us a cabinet for the trash can (eh, did you think I’d never tell you about how the kitchen is coming along – it’s finally done!  hope to post about it soon) – and he did such a great job that now people ask “where’s the trash” – so I labeled it, in chrome to match the kitchen… 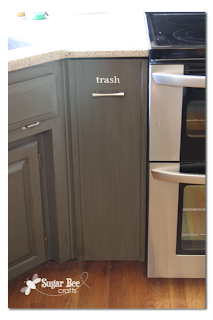 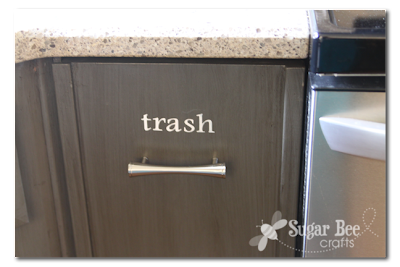 And now Expressions Vinyl offers tumblers – wahoo!  I was loving the Chrome vinyl so much that I thought it’d look great on a Tumbler that the kids could make for Trevor for Father’s Day – – again, looks much cooler in person…. 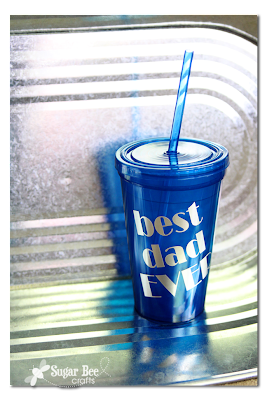 Along with Tumblers, they also have bags – perfect!!  My to-be kindergartner was just complaining that everyone but her has a bag to take to church.  So I whipped this up for her – – using the new Heat Transfer (that means iron-on) Glitter Vinyl – – IT’S AWESOME! 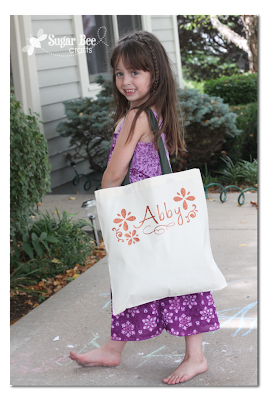 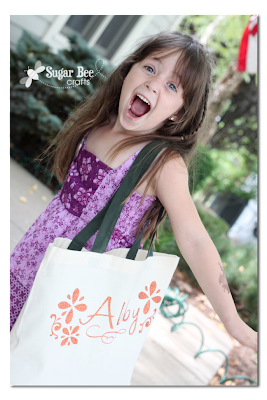 I tried to show you the glittery-ness, but once again, kind of a tricky thing to take a picture of.  Just use your glittery imagination… 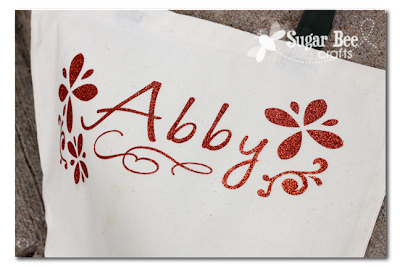 The sample kit I received was worth $75-$100 – – – and guess what – you could win the same kit that I got – wahoo!!  Just use Rafflecopter to enter the giveaway:
a Rafflecopter giveaway