For WIWW today (What I Wore Wednesday – fashion-y posts) it’s a tutorial!  Duct Tape Earrings – you know your tween would love them (and even you would too!)  My girls were on a big duct tape kick this summer (we found tons of fun Duck Tape at Michaels – not a sponsored post, just thought I’d let ya know where we found ours) and tried out the ever-popular pom pom pens, wallets, etc.  And then we made earrings.  And they wanted to make them with cousins came over – and I said “Sure, if you’ll take pictures while you make it so we can blog about it” and guess what – they did!  Blogging superstars, at 8 and 9 years old 🙂 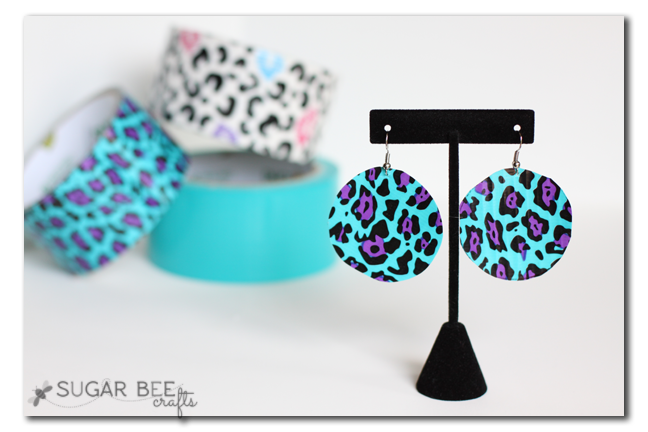 These are super simple to make and create and it’s really fun to see what looks everyone comes up with.  My favorite are the chevron: 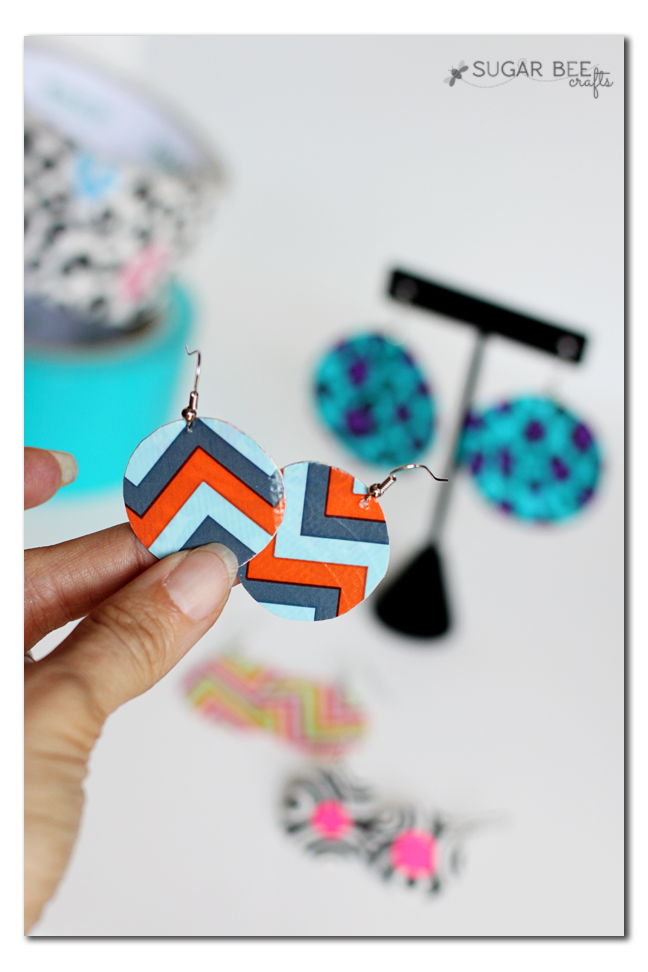 If you just want tutorial pictures, we’ve got that, but first, if you’d rather see the pictures scrolling as a video (it’s less than a minute!) then here’s that version:

Alrighty, let’s get started – first, pull out a piece of duct tape, double the size you need: 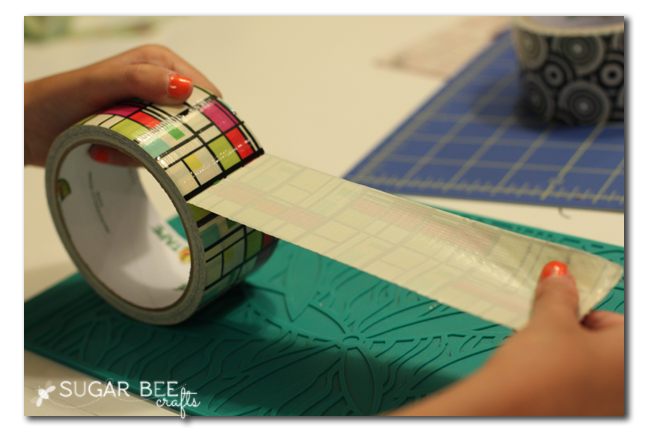 Then fold it over on itself, sticky sides together: 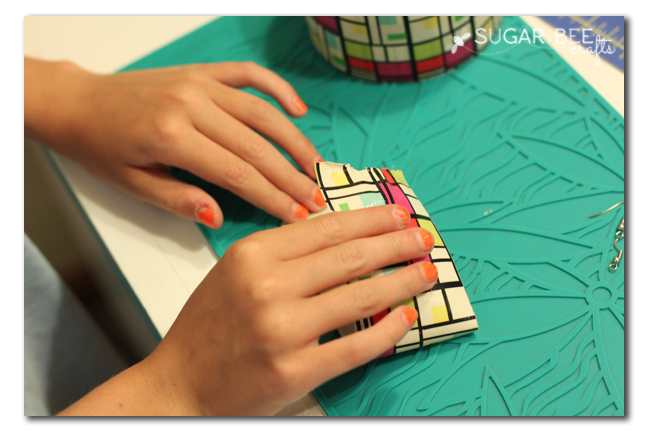 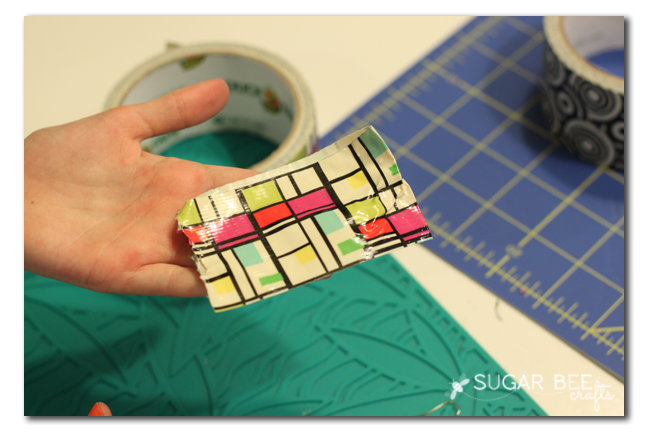 Using a round object, trace two circles onto the duct tape: 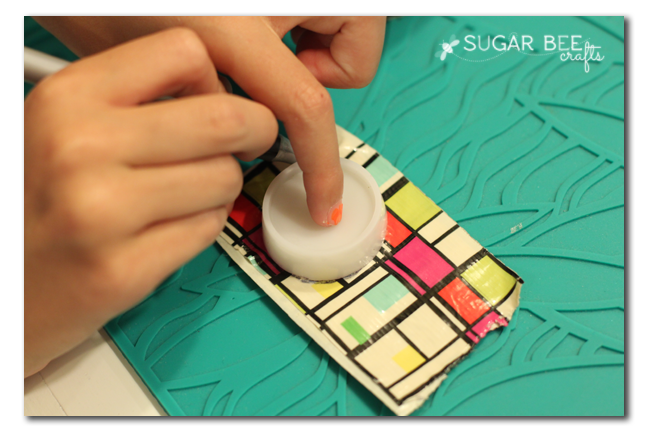 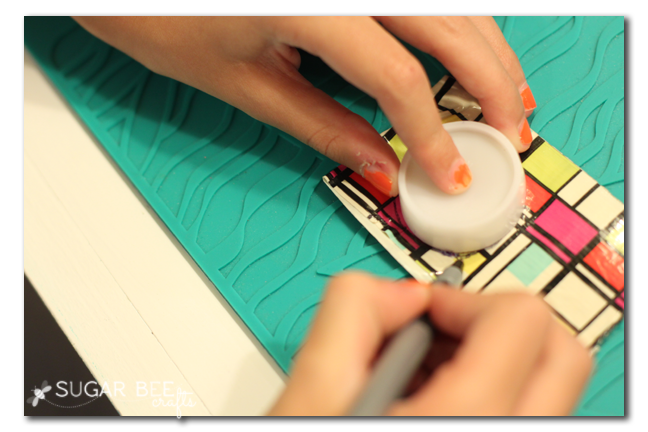 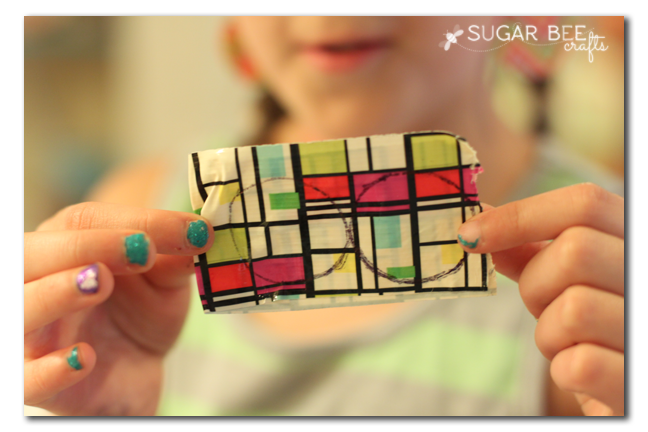 Next simply cut along the circle line with scissors: 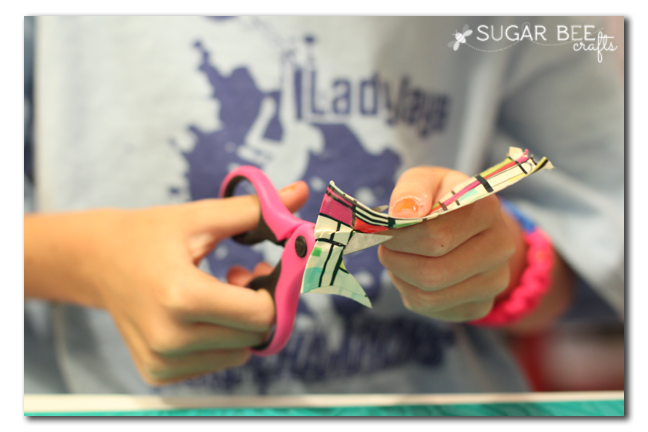 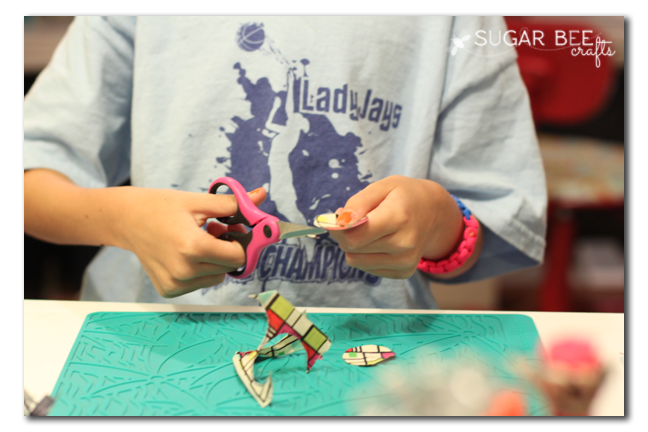 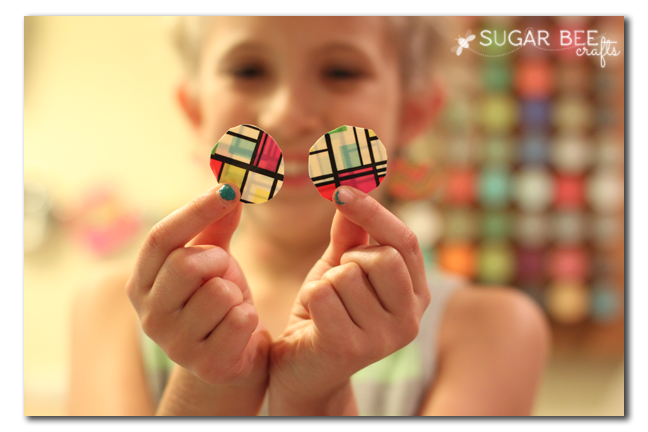 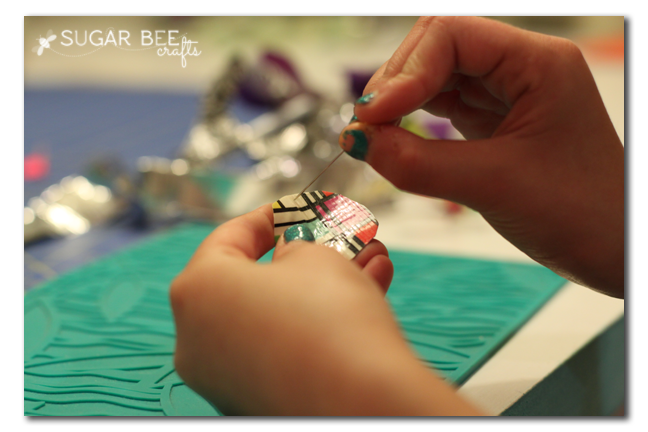 And then use pilers to open up the earring hook base and slide it into the hole in the earring.  Then close it up. 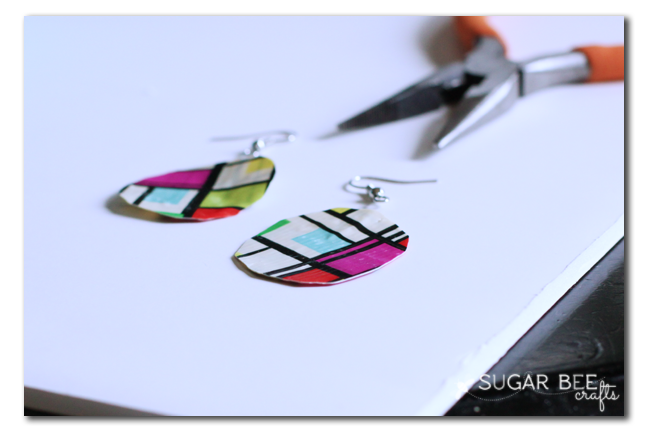 That’s it!  Thanks for the awesome tutorial girls – – 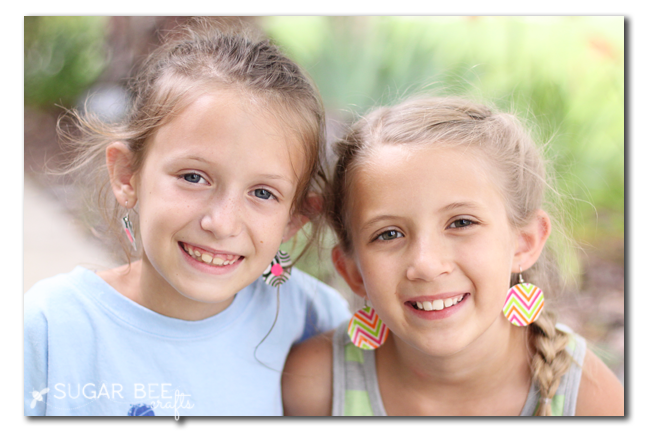 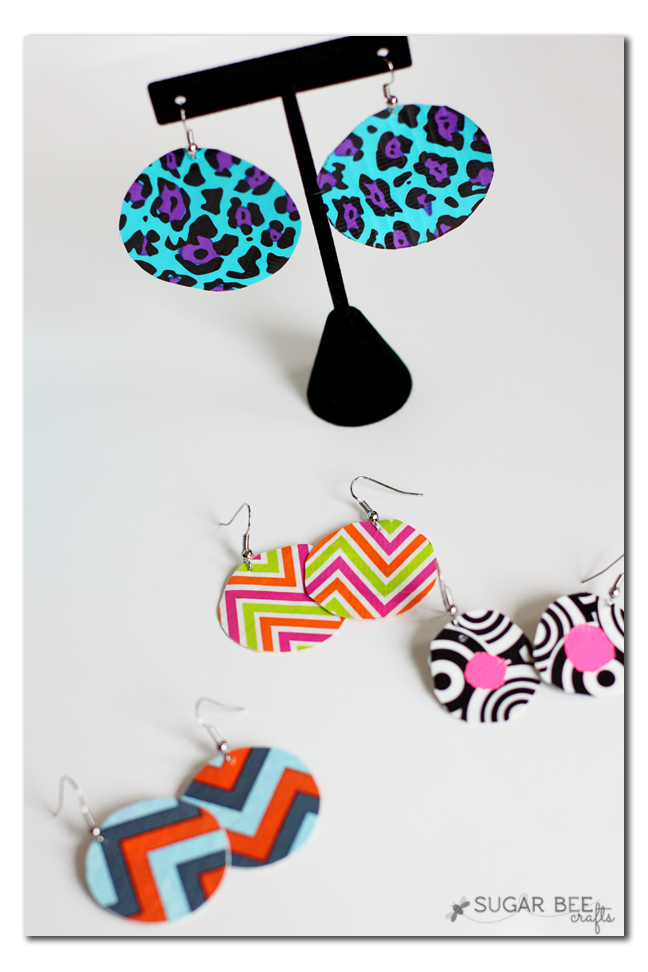