I think tshirt yarn is perfect for a knotted headband!  I even have a quick video on how to form the knot.  And how to make the Knotted Headband with tshirt yarn! 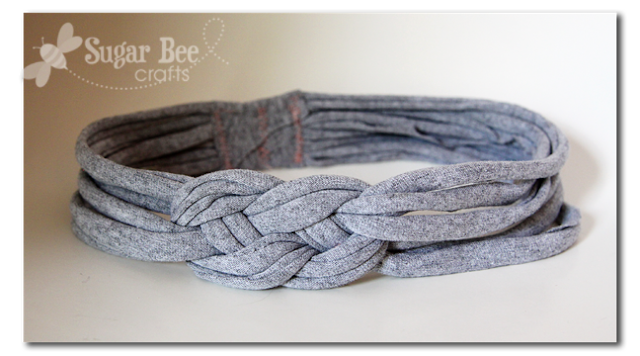 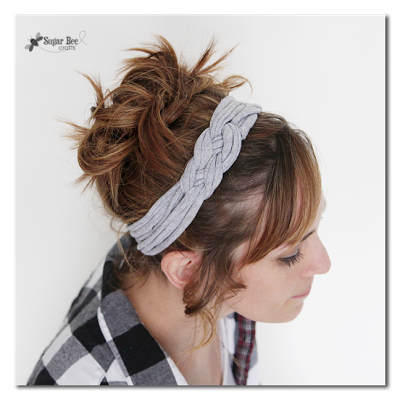 I think we’ve all seen that fun Knotted Headband by You Seriously Made That – – here’s a refresher: 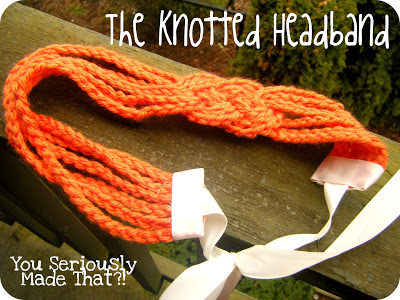 Cami did a great job and I followed her tutorial for the “knot” part of the headband.  So go there for that.  But instead of crocheting long strands, I used Tshirt Yarn.

If you’re wondering how to make t-shirt yarn, just cut strips from an old tshirt (mine were maybe 3/4 in wide) and then pull on them til they turn in on themselves.  Sometimes the tshirts won’t roll in on themselves – I’ve had this happen a couple of times.  It just depends on the type of knit fabric they’re made of – but most should roll in to form a “yarn”.  I cut 4 strips and sewed  them together so I had 2 extra long separate strips.  That easy.

Want to see my video tutorial on how to make this knot??  Check that out here: Knotted Headband Video Tutorial

Views from my 4 year old photographer: 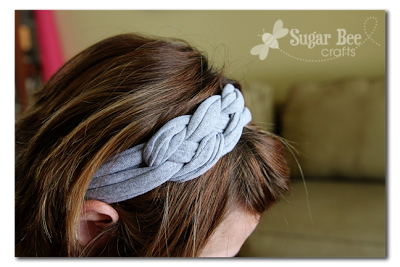 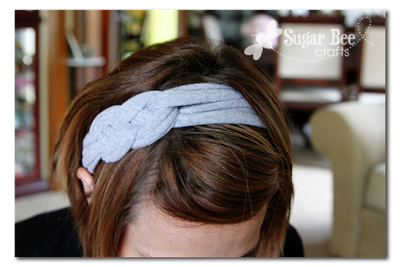 UPDATE:  I finally got around to taking a semi-better picture.  Let me tell you – headbands are really hard to take pictures of!  Anyways, I love the idea of a headband topping of a messy bun – it makes it just right: 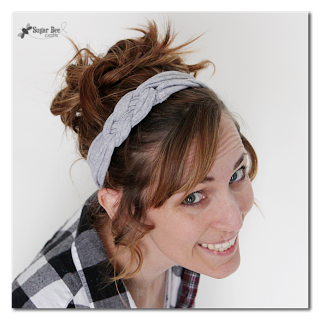 I think it turned out great and I enjoy the subtly of the gray.  Since tshirt yarn is stretchy, I just sewed the ends together and covered them with a scrap, instead of the hot gluing to ribbon like the tutorial.  Here’s the connecting part of mine: 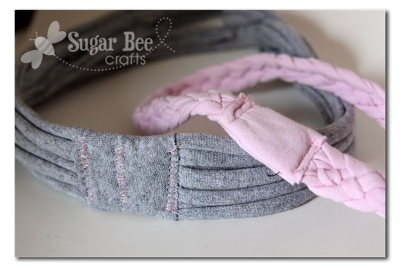 Super quick and easy.  And comfy to wear.  You should try it!

Knit T Shirt Headbands are so great to make and wear – I’ve made a bunch of other different styles, so head to that post if you’re interested in other options: 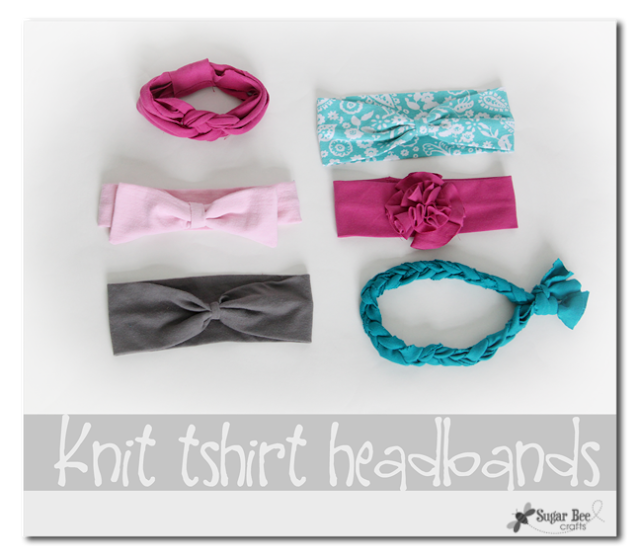 Or you can just grab some for easy wear: