We saw Taylor Swift in concert! (AMAZING!)  And yes, I made our own concert shirts.  You know I’m super-thrifty, so it’s probably no surprise.  But the thing is – they turned out AWESOME.  Better than you could buy there, in my opinion (and theirs were $30-40 and I spent about $6) – random people even asked which kiosk we got them at because it’s the shirt they wanted to buy. 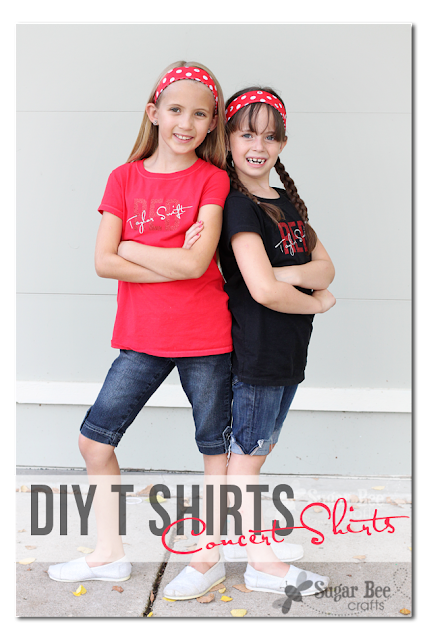 In person they’re even more fabulous because you just can’t appreciate the glitter factor in pictures.  The “Red” is in red glitter vinyl (and even though it’s hard to see in pictures, in real life you can see it on the red shirt because it’s a different shade of red) AND the “Taylor Swift” is in silver glitter vinyl.  Yes, glitter on glitter.  Wow! 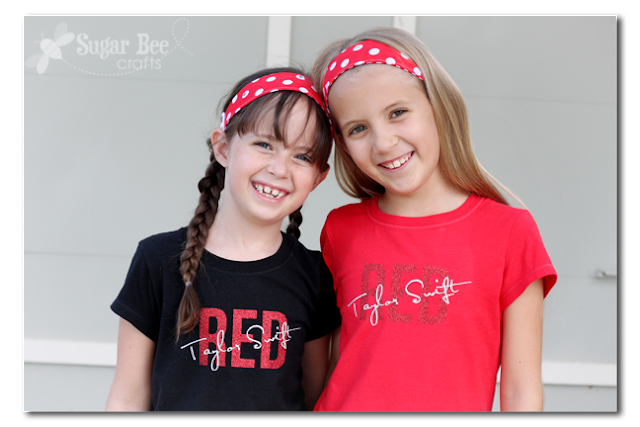 I used my Silhouette Cameo to cut the letters, and the glitter vinyl is from Expressions Vinyl.  My most favorite thing about my Silhouette is that I can cut words out of any font that I have on my computer.

FONTS USED:
— “Taylor Swift” signature name font is called Satisfaction (linked to free download)
— “RED” album font is up for debate – some places say Bebas Neue, but others argue that it’s not exactly that font and named some other font – but I already had Bebas Neue (linked to free download) and figured no one would know if it wasn’t exact.  So that’s what I used.

Cutting Glitter Vinyl:
–I use the setting for “heat transfer vinyl – flocked”
–MIRROR YOUR IMAGE – remember, with all heat transfer vinyl, you cut it from the back side, so you need it to read backwards when you cut it
–clear sheet side down, back side up on the mat
–it’s hard to tell if it even cut – I couldn’t see my cut lines.  But I slowly peeled it and it came apart.  The thin parts are a little tricky with the glitter vinyl, so just peel super slowly and use caution.  It’ll take you a while.

I was odd man out without a shirt, but I grabbed a red necklace to try to fit in.  Little did I know that I should have been wearing cowboy boots – everyone there was, and now I NEED a pair. 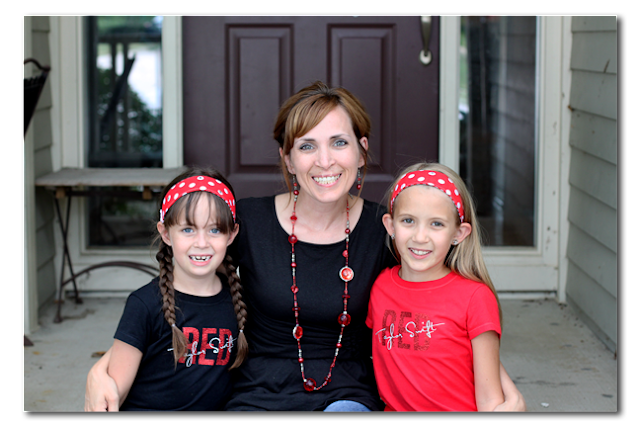 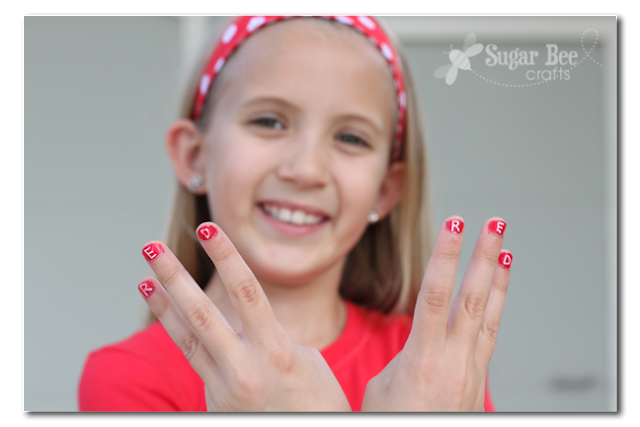 The concert was AMAZING.  Each song was a show within itself.  The crowd was just groups and groups of people like us – moms bringing their girls.  My girls are 6 and 8 – the younger one got sleepy near the end, but she still had a great time.  My older daughter loved every minute of it.  If you are considering going to one of Taylor Swift’s concerts, things to think about:
–wear a cute sundress and cowboy boots
–bring a lighted flashing sign – there were tons of fun ones
–bring your own glow sticks
–learn how to turn a “light” on your camera (I don’t know how!  and they ask the crowd “let’s light it up in here” and I’m all clueless) 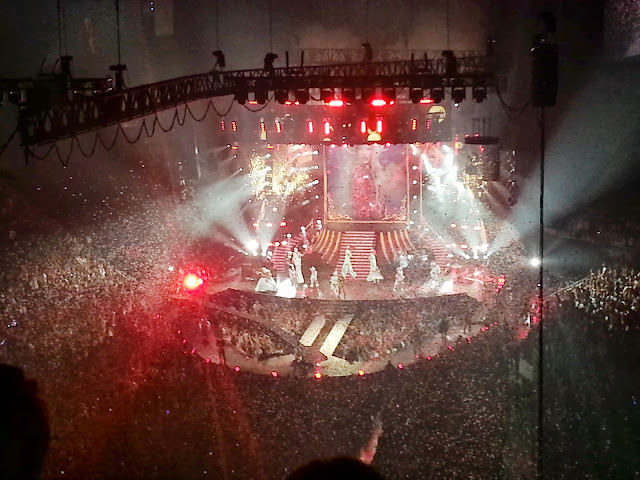 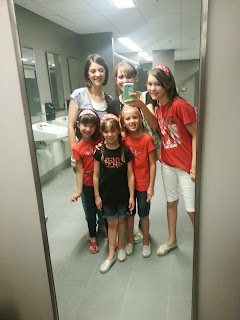 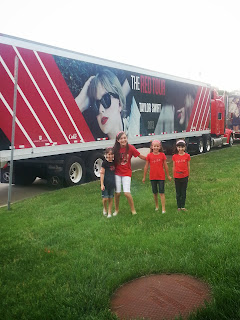 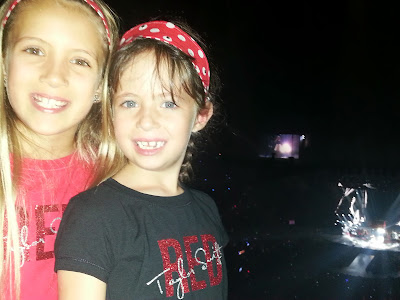 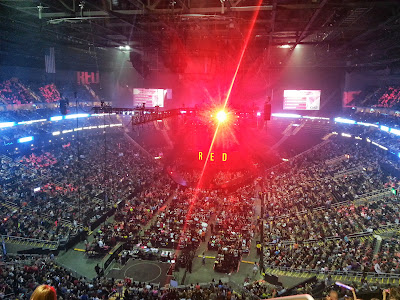 We saw lots of other handmade concert tshirts and I appreciated each one and the ideas and fun that went into them.  I should have taken pictures!  Several put “13” on the back, some tie-dye, and one group used glow-in-the-dark puff paint, so that was extra fun in the dark arena.

Have you ever made your own concert t shirt??