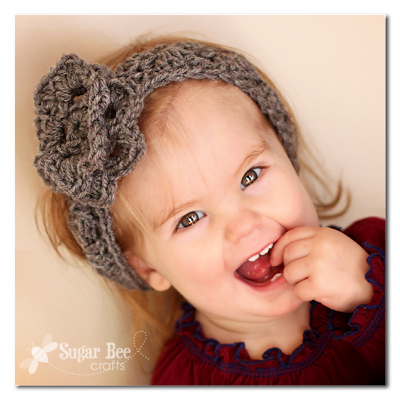 Just random, remember how I wanted to make a crocheted headband earwarmer thing?  Well, I did it!  pretty cute, right??  I ended up using the one from as Grow Creative as inspiration – I think it turned out pretty close – here’s hers: 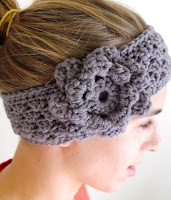 I’m not great with patterns, so I glanced over the scallop band one and starred at the picture for a while, then just went for it.  For the flower, I actually did read the pattern so I was super proud of that.

The only issue – WRONG SIZE!  that’s what I get for not following instructions!  I thought I’d make it small since it was a practice one – I was aiming for American Girl Doll size.  Well it was way to big for that.  So then I thought it’d fit my girls – way to small for that.  I tried it put it on my toddler (he’s 3) but he refused because it was for girls, but in the wrestling I tried and figured it was too small for even him.

So I had to go on a hunt for a baby girl – – and for some reason, I’m only surrounded by baby boys right now.  I think it’d fit like a 6-9 month old, but I pried it on a little girl who just turned a year so I could snap a picture.  Isn’t she a cutie??  She kept trying to take it off until her mom busted out some snacks – so mental note, need a quick picture, turn to snacks to save the day… 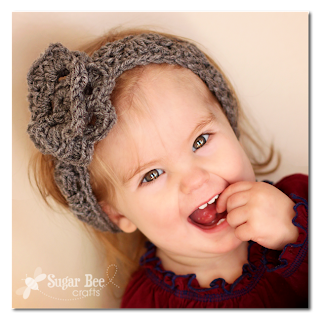